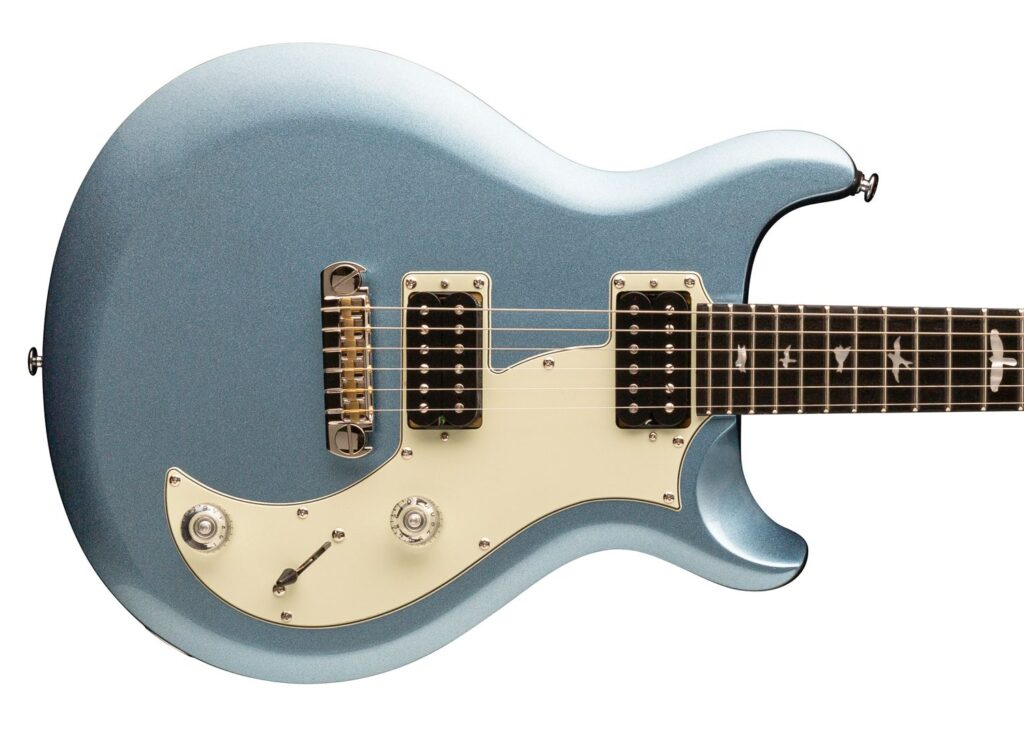 Originally released as part of the core line back in 2011, then later added to the popular S2 line in an attempt to deliver an excellent USA made guitar, packed with features but at a mid-level price point. The PRS Mira's reputation as one of the most popular PRS guitars on the market precedes it. Now, as part of PRS guitars 35th Anniversary, the Mira gets an incredible SE line, and Nick Jennison is here to tell you all about it.

While you might not immediately associate Paul Reed Smith with stripped-back rock machines, the PRS Mira is precisely that. Introduced in 2007 as a Stevensville-made "core" model, the Mira follows the symmetrical lines of the early pre-production guitars that would eventually become the Santana model. Later, the Mira - along with its stablemate, the PRS Starla - was re-released as part of the more affordable "S2" range (standing for "Sevensville's 2nd guitar").

The new 2020 SE model is the latest incarnation of the no-nonsense Mira. Like it's USA-made predecessors, it's an all-mahogany set-neck design with a solid colour finish and a retro-inspired pickguard. It's a very different look compared to PRS's typical curly maple-adorned instruments, but it's every bit as handsome in it's own rugged way: the black model with the tortoiseshell pickguard is my personal favourite, although the frost blue model we're taking a look at in this review is very cool.

Like the majority of the SE range, the SE Mira sports PRS's excellent 85/15 "S" humbuckers. The "85" refers to the original Standard Treble & Bass pickups used in the first production PRS guitars, while the "15" refers to the first year these pickups were successfully re-imagined. They're a bright and open sounding set of humbuckers that are something of a departure from the warmer and darker pickups that preceded them. The treble pickup is biting and twangy with a slight scoop in the low mids, while the neck pickup is clear and articulate, and both sound fantastic with the coil-split engaged.

An interesting but welcome inclusion is the adjustable stoptail bridge. It looks much like PRS's one-piece compensated stoptail, but with the addition of the hefty adjustable brass saddles from the 594 bridge. While it's hard to say for certain, I cannot help but feel the brass is adding a certain "something" to the tone (and with the move towards brass bridge inserts across the core range, I can assume Paul agrees). What is certain is that this bridge will allow the use of a much wider range of string gauges, including sets with a wound G string (not recommended with the regular stoptail bridge). This is especially cool for slide players and blues/roots players that need a big plummy string gauge, with the zingy 85/15s offsetting the darker sound of big wires. Interestingly though, the SE Mira comes strung with 9-42 gauge strings, which felt a little too slinky even for me.

When it comes to playing comfort, the SE Mira is everything you'd expect from PRS. It's deceptively light and balances well on either leg sitting sown (something I struggle with on most guitars), while the wide thin neck is slightly meatier than the name would imply. It's equally comfortable for thumb-behind legato work and thumb-over chordal playing and everything in between.

The SE Mira is a very appealing guitar that's at home in just about any style - visually and sonically. It's a whole lot of PRS for the money, and (in my opinion) it's one of the coolest looking guitars in the whole range.

Metal players should look at other models.