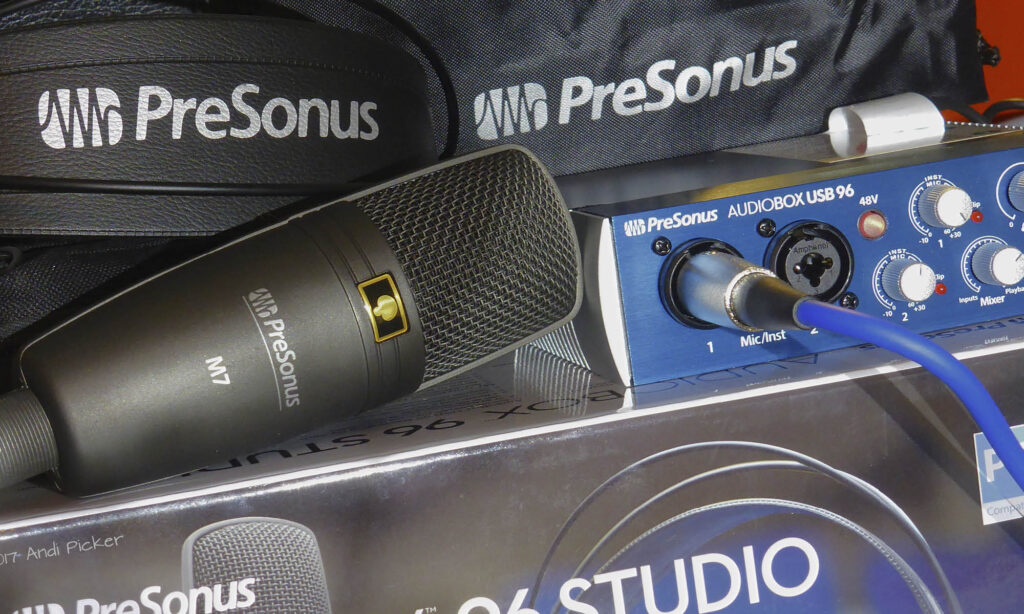 For someone who really isn’t interested in the whole studio thing and just wants to make some music, the contents of the box will get the job done (ok, throw in a £15 mic stand and a pop shield). The Studio One Artist software is excellent

Studio One Artist is an excellent DAW

No line level input on the Audiobox USB96

Whether you're just getting into recording or are an experienced producer looking to go mobile, the AudioBox USB 96 as billed as the perfect solution. Andi Picker puts this latest great product from Presonus to the test.

The “Studio-In-A-Box” idea is simple; package the essential items that someone who has instruments and a computer but no studio gear needs to start recording, and make it available at a price that’s easy to buy into for a beginner or someone who just wants to get some songs recorded. Ok, so what would that box need to contain?

Something to record onto. The Audiobox USB96 STUDIO includes a license code for the Artist version of the excellent Presonus Studio One DAW (Digital Audio Workstation). It’s easy to skim over the software in a package like this because we want to play with the hardware, but the DAW will have the biggest impact of anything in the box on how quickly and easily we can start recording. All of the Studio One versions, from the fully featured “Pro” to the free “Prime”, use a drag and drop workflow that makes them very easy to use, and the Artist version is loaded with enough virtual instruments and effects to get that first album made. For a few additional flavours, we also get licenses for the Eventide H910 Harmonizer and 2016 Stereo Room plugins, Brainworx bx_opto compressor, SPL attacker, Maag Audio Eq2, Lexicon MPX-i reverb, and Arturia Analogue Lab Lite virtual keyboard instrument – this is a seriously good and useful software package.

A way to get stuff from the real world into our computer. The Audiobox USB96 interface is a metal cased desktop unit with Presonus’ classic brushed blue finish and silver knobs front-panel. We have a pair of microphone/instrument inputs on combi-sockets, so we can record audio using the included M7 condenser mic, or plug-in a guitar or bass to record as a DI and then add the Studio One amp-sim plugin. There is no line-level input, so if we want to record a high output active instrument or anything with a line-level output, we will need to watch the output level to avoid clipping. The Audiobox USB96 is simple to use: power is from the USB2 connection, inputs have dedicated gain knobs and simple clip LEDs (monitor levels in software for more detail), there is a phantom power button, balanced main output sockets and a level control for monitors, headphone socket and control for, um, headphones, a Mixer knob to balance sound from the DAW against sound from the inputs, and MIDI in/out sockets for external instruments (to drive the Virtual Instruments in Studio One).

Monitoring: At some point we need to hear what we’ve recorded, either so that we can record new parts to the tracks already in our DAW, or for editing and mixing. Studio monitors are always going to be good to have, but not everyone has a pair lying around, especially on their first dip into recording, and the included HD7 headphones will provide a decent alternative or addition to whatever computer speakers might be available. They have a semi-open back design, so they don’t do the best job of isolating sounds inwards (say for monitoring what the mic is hearing in front of a loud guitar cab) or outwards (think of a singer listening to recorded tracks and singing into a microphone). However, they are comfortable to wear and have a pleasant and open sound for editing or mixing.

Microphone: The M7 condenser microphone is a large diaphragm, cardioid pattern microphone with decent specs and a neutral sound, and put in the right place it can do a good job for most sources that we might want to record.

The Audiobox USB96 Studio is a budget kit capable of delivering good quality audio: for anyone just starting their studio journey the biggest limitation is lack of experience, and plugging a mic in and making recordings will overcome that far quicker and better than any amount of time spent researching kit online. For someone who really isn’t interested in the whole studio thing and just wants to make some music, the contents of the box will get the job done (ok, throw in a £15 mic stand and a pop shield). The Studio One Artist software is excellent; the Pro version has more features, but most people could record their first dozen albums in Artist without feeling too many limitations, and the Audiobox USB96 will continue to serve well until/unless more inputs are needed (and then still serve as a mobile interface). The M7 and HD7 have fairly lightweight construction and will appreciate being handled properly (I did see a broken M7 in a previous version of the Studio kit – no problems this time), but in fairness, I’ve seen bands destroy far-more premium kit (nearly always someone else's!) in no-time-flat. If the studio-bug bites, then we can add monitors, extra mics, closed backtracking headphones, acoustic treatment, exotic preamps, premium plugin packages …… the list quickly becomes endless, but the Audiobox USB96 STUDIO is an excellent place to start.

MIDI in, MIDI out 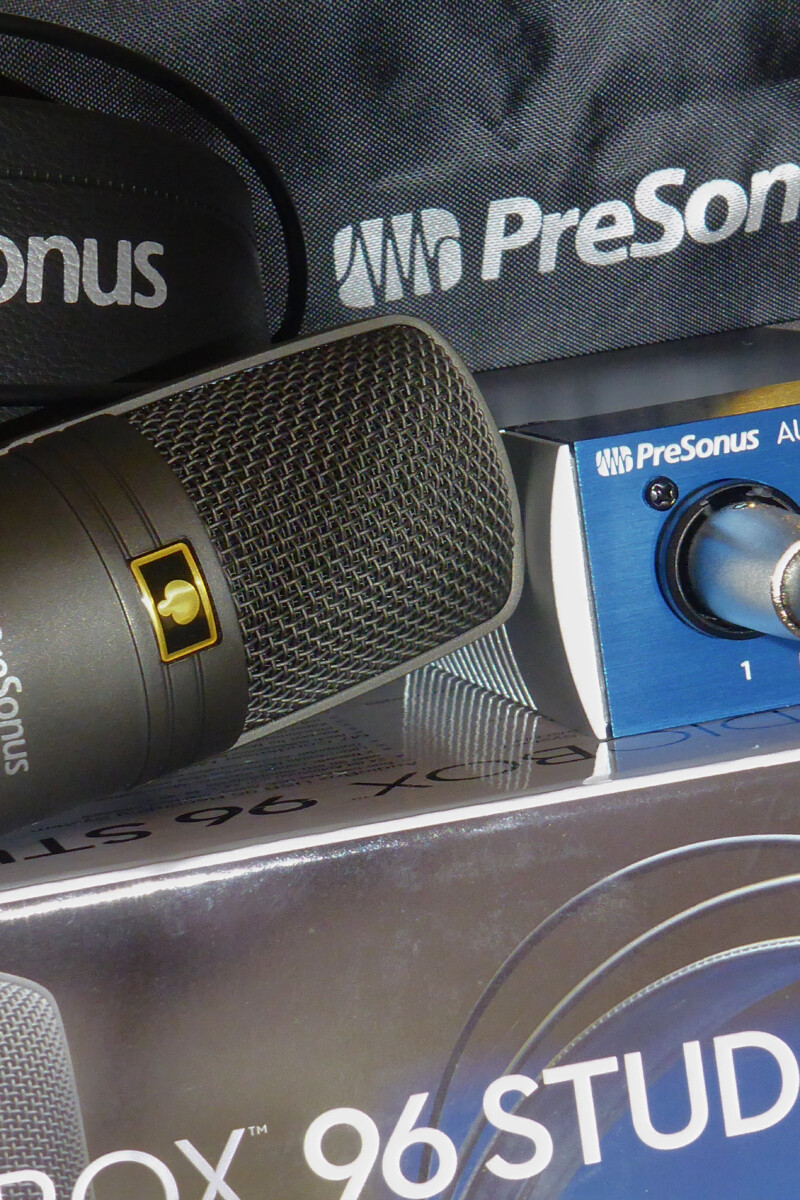 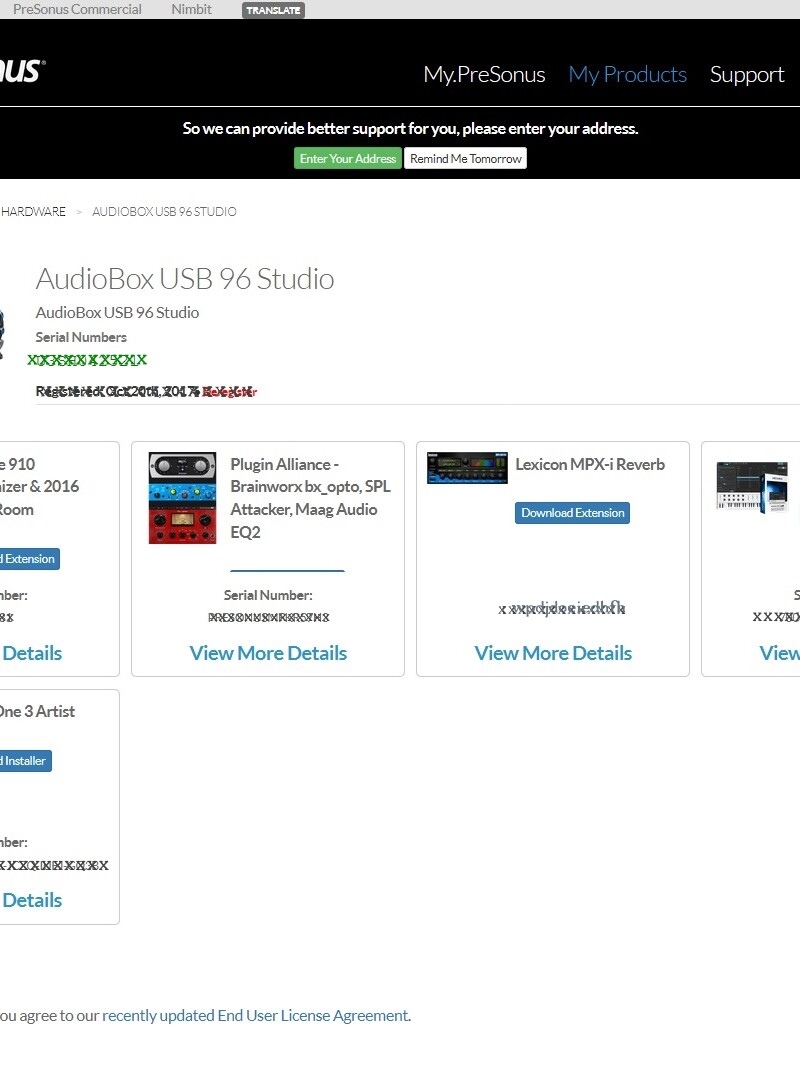 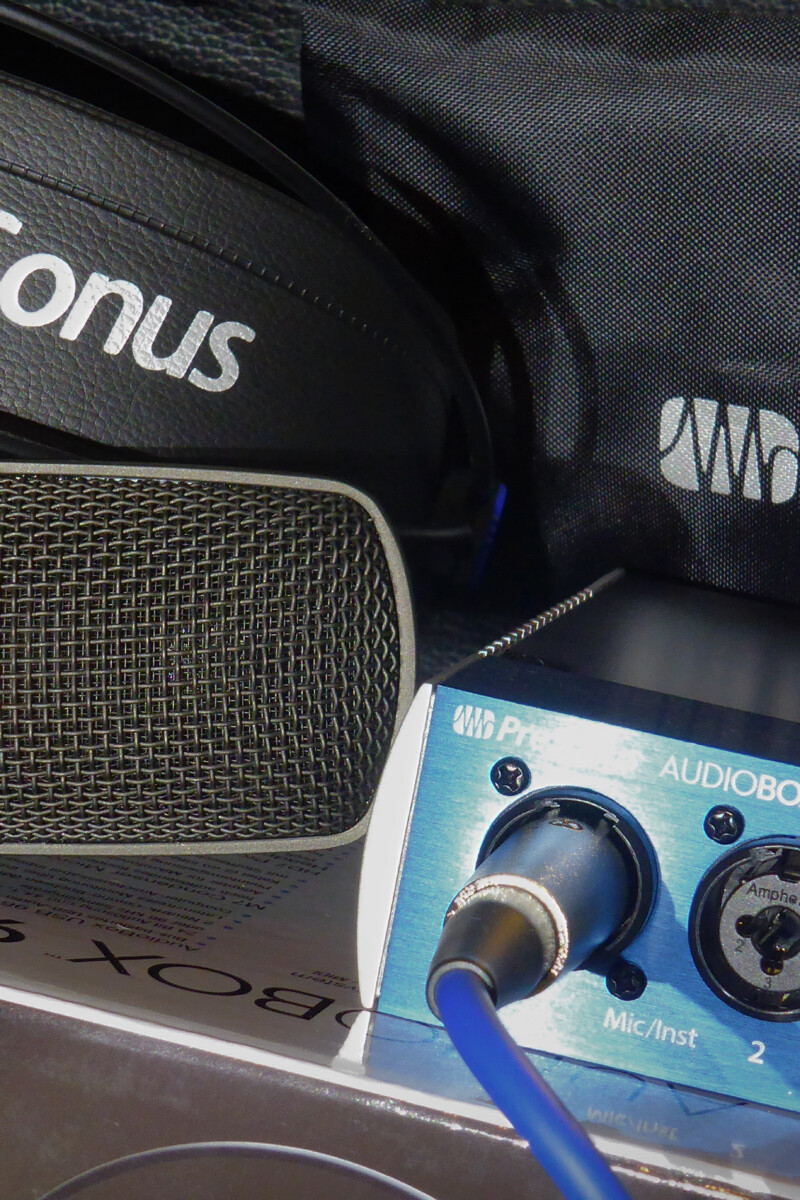