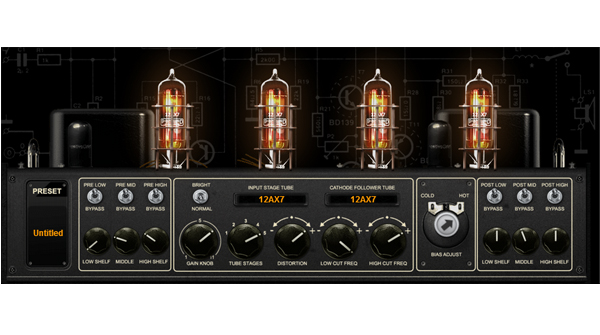 Can't afford a stockroom filled with ancient Tweeds, Plexis and AC30s? Tempted by amp simulator software but don't know where to start?

Amp sim software seems to have been around forever; I’m sure it really hasn’t, but the oldest example I can find installed on my machine is dated December 2002 and that’s a loooooong time in software terms. Today, there are more different products available than I can be bothered to count, and almost as many different approaches to modelling and presentation. Some sims are purely software, some are based on dedicated hardware, some have hundreds of incredibly detailed models of specific amps, cabs and effects, others have a small handful of “similar to” models, some use algorithmic modelling, others use convolution technology. All seem to claim to replicate in exacting detail every nuance of whatever it is that they’re modelling, and in fairness, over the years the best of the best of them have become so good that they’ve found their way onto world-class mega-star recordings (and stages). So, if you want to bring a new, amp-sim to market, you’d better believe that you have something special to offer.

So, what does BIAS have to offer? Well, it’ll model an amp/cab rig as you’d expect, and it also does amp design and rig-matching. What?

Software should be simple to use: BIAS is. Select a model from one of the basic categories (Clean through to Insane, plus Acoustic, Bass and Custom), select from a range of speaker models and mic types (there are no effects), and position your mic (no multi-mic options as far as I could figure), adjust the controls and play.

I have a photograph somewhere of my workbench with a pair of tube amp chassis laid-out, with the output stage of one of them jumpered across to the output transformer of the other; it’s a wonder I’m still alive. BIAS lets you do this sort of tinkering in the safety of software. From each starting point you can change and tweak pre-amps, tone stacks, power stages, rectifiers and transformers to an absurdly-obsessive level, and then add a couple of layers of additional EQ if you want them. Tweaks include adjusting bias settings and types of tubes (the graphics change with tube types) - so if you fancy a single-ended Plexi with over-biased 6V6 output tubes, an over-saggy GZ34 tube rectifier and a US style transformer, well you can have it. On the other hand, if you want to spend hours playing, and getting no work done, you can do that too - don’t ask how I know!

It’s great that an amp sim can give me 300 different models of amp and 823 cabs, but a lot of the time what I want is a very good recreation of one of my own real amps and cabs. The Amp Match function takes this a step further than simply selecting and adjusting a similar model, because it will allow me to compare a simulated rig with a recording from my real one, and then automatically modify the model to match. Does it work?  Well, the closer you can set the simulated rig to the real one the better; I tested it with my JCM800 using the (rather obvious) “British Lead 800 model”, with a close-up SM57 on a 4x12 with old British made greenbacks - just like I had the sim set-up.  The “corrected” sound was certainly very close to my real set-up (you have to remember that you’re emulating a miked cab, not the sound of the amp as you hear it in the in the room) and I could even custom-select my custom-ordered red Tolex. Interestingly, if you get a hold of some of the “naked” guitar tracks that occasionally surface on the internet, you could have a go at cloning an Eddie or a Billy in-the-box!

All the clever features in the world are worth nothing if the basic sounds aren’t good. They are. I’d put BIAS in the top class for model quality, and at this level personal preference for the style of sound becomes more meaningful than “which one is better”. Very good!

One of the great things about living in the Internet age is that it’s really easy to share stuff, and BIAS makes it trivially simple to swap settings via Tone Cloud. You do have to be a bit careful because there’s no actual reason to believe just because someone’s loaded 43 different versions of Ola Englund’s rig, that any of them are any better than you could do yourself. Except that Ola Englund (along with a several other featured artists) has loaded his own sounds, matched from his own amps, so those probably will be!

Does BIAS have something special to offer? Yes, I think it does. It does feel like a young product, perhaps with a few bits missing (a better website would help! - Ed), but Positive Grid has put together a very strong sounding package and added some neat features that pretty-well carve it a niche of its own, and that isn’t a bad trick in a saturated (sorry) market.

Overall, this is a very good sounding take on the classic Amp-Sim idea, with several innovative and well executed additional features.

Just to make sure we don’t get confused, this is a review of the PC/Mac “Professional” version of BIAS. If you want a simpler (potentially less distracting) package for a lower price, BIAS Desktop has 36 amp models, Tone Cloud and the Amp Design modules, but leaves-out Amp Match, Glassy, Crunch and Insane expansion packs and the Featured Artist Amp Match presets.

I’ve read reviews that suggest that BIAS Desktop/Pro is a port of the “original” iOS version; Positive Grid clarifies on its website that BIAS Desktop/Pro is an original write from the ground-up, and that development started before the app version – so it’s not a “lightweight” contender stretched to fit on a big screen. BIAS Desktop and BIAS Pro are available as VST, AAX, AU and RTAS plug-ins - sadly there are no standalone versions.