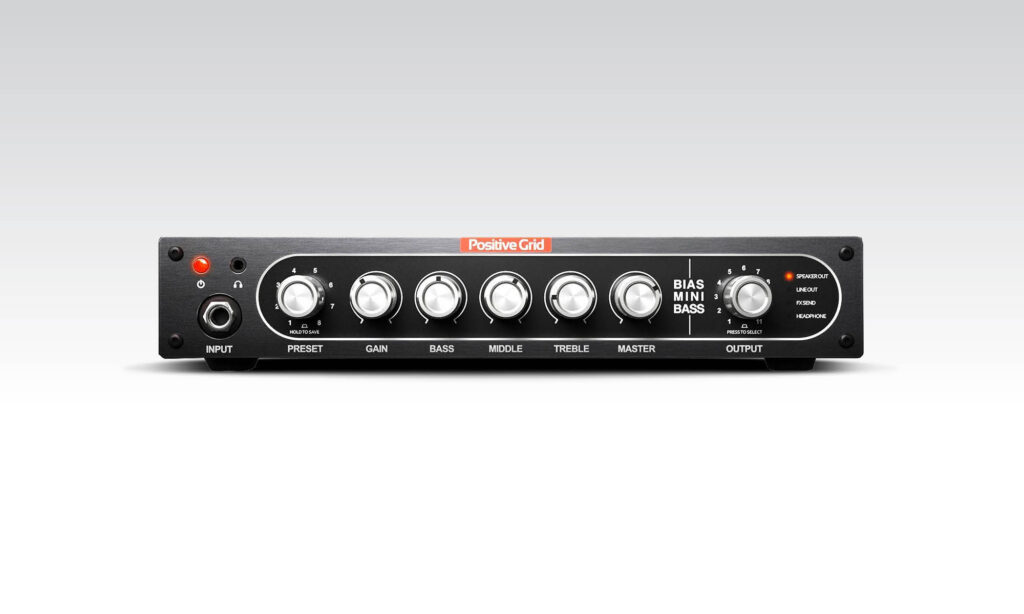 Now, before the ‘old skoolers’ amongst us go running for cover having maybe spent a time with DSP of yesteryear, hang on in there! Liken this to comparing the very first smartphone to the nice shiny handset you have in your pocket today! Things have come on a long, long way!

Take 20 amplifiers into the show? Not me, I simply download and go!

New technology can frighten some people

Based on the foundations of Positive Grid's larger BIAS head and rack, the Positive Grid BIAS Mini Bass Amp Head brings the same emulation technology and packs it into a smaller format amplifier. Dan Veall finds out more.

This will be the first time we have featured an ‘amplifier modelling’ product in The Bassment, and one specifically for bass in depth. However, I can't think of what better company to feature than a brand that is in no doubt blazing a trail in digital signal processing.

Now, before the ‘old skoolers’ amongst us go running for cover having maybe spent a time with DSP of yesteryear, hang on in there! Liken this to comparing the very first smartphone to the nice shiny handset you have in your pocket today! Things have come on a long, long way!

My review video is in two sections. Firstly I focus on plugging in and just using your ears, (I know, I know, what a crazy concept!) irrespective of the modelled amplifiers to get a great on stage tone. There’s something for everyone, and this should be the first port of call when using the amplifier in my opinion. The second half we delve deeper into some of the key areas of this amplifier and its feature set.

BIAS Mini is, as the Positive Grid blurb suggests an amplifier that builds on the foundations set by it’s larger siblings in the range using ‘down to component level’ emulation to profile an ever-growing list of our favourite amplifier, cabinet and microphone combinations. The whole system models not only tone but also feel and dynamic properties using an advanced engine. Mini is, however, a smaller family member and Positive Grid point it towards the small to medium gig size. I would say that this was in regard to backline needs, however, the massive benefit of being compact is that it will literally fit any recording or DI situation. Turning up to a session with a whole amplifier signal chain that fits in the front pocket of your bass bag is just insane!

Mini is available in both guitar and bass formats and is a 300W RMS head featuring 16 straight-out-of-the-box onboard amplifier, cabinet and microphone emulations, but literally hundreds available to download on to the device via Positive Grid’s ToneCloud.

The front panel of the amplifier, indeed all of the controls look very familiar and there’s nothing scary to put off anyone getting a great sound off bat. Simply use the preset control to select a sound you would like to audition then use the next five knobs to ‘adjust to taste’. Many of the amplifiers are profiled such that they will accurately ‘break up’ and do varying amounts of drive, grit and distortion as you’d expect. We can get low mid bloom from the vintage Marshall models and top end filth from modern heads. If you like the sound and don’t want to forget your settings, then it’s back to the preset knob to save. EASY! The far right-hand knob is labelled “output” and it is a multi-function control by pressing it inward. Rotation sets the levels individually for the Speakers, Line Out, FX Send (loop) and the Headphone out.  This alone I think is a great way to save on additional controls keeping the front of the amplifier very tidy. I also love that an LED ‘halo’ around the control lets you know exactly where each setting is at the touch of the selector.

Oh and thank you for putting the headphone jack on the front!!

Around the back, alongside the more familiar connections of power, effects loop, speaker output (via combination 1/4”/ Speakon) and DI line out, we have the very welcome addition of full MIDI implementation and connection (via break out leads). Yes, nearly every setting on this amplifier can be accessed via MIDI! A foot switch jack allows connection of an external controller, but also to gain access to the extended controls not only can we connect a computer directly via USB, but this little monster has a bluetooth connection as well - which is exactly what I was using to connect my iPad in the second part of my review. All this and still Mini is really tidy.

Mini’s effects loop means you can connect your outboard gear as you would a normal amplifier - and the quality of electronics on board (this really is no toy) also means that pedals in front of the amplifier also play nicely as has been reported by many users who were fast on the uptake with the BIAS hardware.

Coming back to the DI output, one thing I really like about Mini is the ability to run the Speaker cabinet profile (which could be a custom Impulse Response ‘IR’) to the output socket but this does not affect the power amplifier output to the speaker. Exactly as it would be if you were miking up a real amplifier without problems that come with wanting to adjust your onstage volume after the engineer has got everything set ready for a performance!

Moving on to real in-depth customisation, BIAS Mini comes with PG’s amazing BIAS AMP Pro amp designer software, which “allows you to recreate the sound and feel of nearly any existing amplifier”. The key function for me is to be able to mix and match modules to create amplifier configurations that would have up to now have cost £££’s in custom hardware. Want the passive tone stack from a Fender in an SVT preamplifier driving a Marshall output transformer and the tone of EL84’s? Easy!

One area that we didn’t get to talk about in the video is, as described by Positive Grid, “BIAS AMP software features the ability to Amp Match®, analysing a source amp tone and applying the necessary corrective processing to make a custom amp more closely match the original. Even if you don’t plan on matching amps yourself, you can still take advantage of the Tone Match feature by downloading custom amps other players have matched from the ToneCloud®..” Yes, this means that you can profile your beloved ’68 Marshall all valve bass head and cabinet, have the tone and feel with you on a gig, but leave your prized possessions at home! - Oh and it will sound the same every night too!

All BIAS products can connect to ToneCloud including mobile and desktop applications. This is a community that includes top artists, recording studios, engineers and Positive Grid staff and regular users. You can save, share, and backup your own settings as well as select their uploads to use for free too. I’ve tried many and they have been superb. Oh, and you can even load guitar amplifier models on to Bass Mini too!!!

For those who would like to investigate further, BIAS is great but the possibilities of adding the BIAS FX application means dropping your selected amplifier model into a full effects chain including pedals and rack effects. Both BIAS and BIAS FX are my go-to studio plug ins for dialling a killer tone in literally minutes. No faffing with microphone placement or things sounding different from one day to the next.

Wrapping up then, we have a really simple amplifier to use out of the box and you may never decide you need to plug it in to a computer or app and it will reward you with the sound of 16 great combinations. That alone is just brilliant. Hook up your mobile device and spend just a short time playing with some of the possibilities and I promise you will be impressed by the extent that Positive Grid has gone to in modelling technology but also in making it as easy as possible to navigate. The interface is one of if not the best on the market. As far as current technology goes, this is incredibly good. 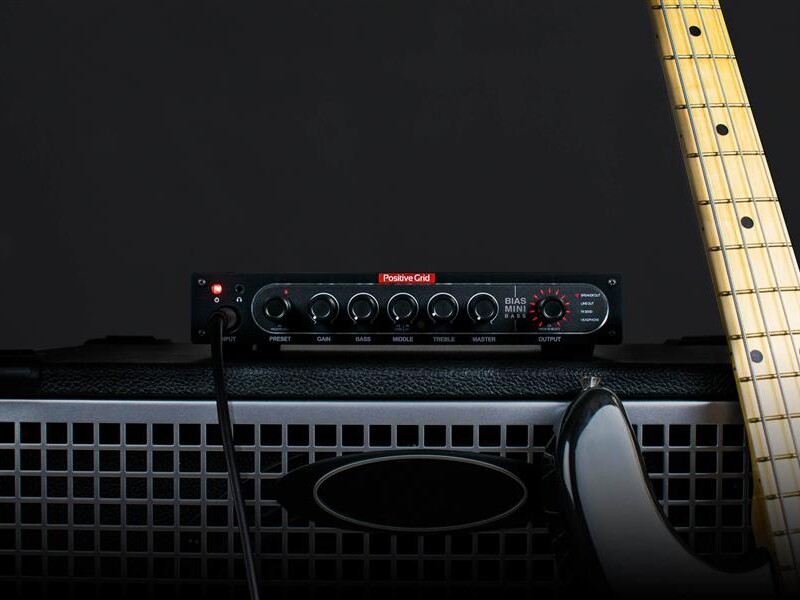 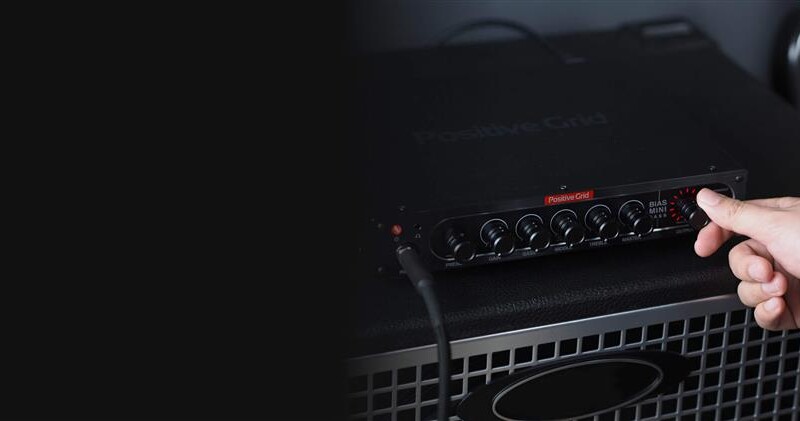 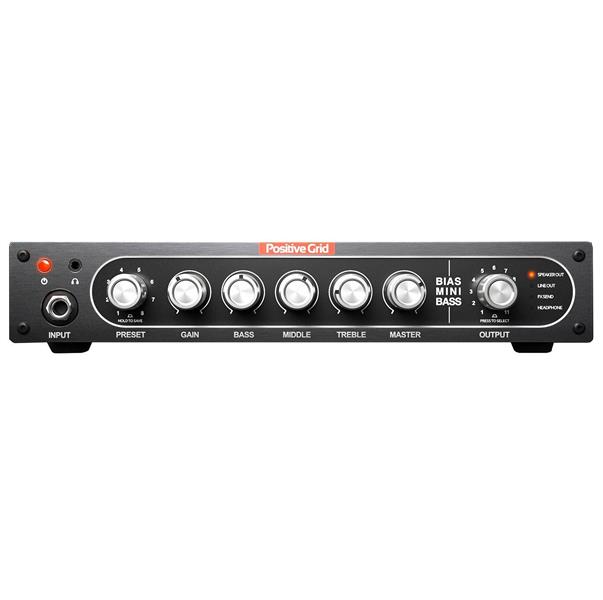