If you like the "Orange" crunch sound, look elsewhere in the range.

Orange does the classic '60s American guitar amplifier British-style with the TremLord 30 30-watt tube combo amplifier. Complete with tube-driven tremolo and a 2-spring reverb tank, the TremLord 30 enables you to deliver some definitive classic rock tones everywhere from the stage to your bedroom. Nick Jennison tells us more.

Orange Amplifiers are a bastion of engineering simplicity. In a world of microprocessors, they're a V8 engine. Powerful, purposeful and pure of vision. But in recent years, Orange has begun embracing modernity, but in a very "Orange" way. We're not talking about 8-channel hybrid amps with digital effects. Rather, they've been leveraging their engineering knowhow and no-nonsense attitude to produce practical gigging tools for the modern guitarist. Take the Rocker 32, for example: it's an all-valve combo, but it runs in stereo!

The Tremlord 30 is a similarly contemporary offering, in that it's a classic voiced clean combo with a distinct "American" flavour. This is quite a departure because the "Orange clan tone" is very much its own separate entity. Think vocal, punchy mids, relaxed highs and tightly tucked lows. TheTremlord 30 is the polar opposite. It boasts the luxurious bass, midrange scoop and sparkling highs that we love about great Fender combos.

A huge part of the beautiful three-dimensional tone is the LaVoce speaker. Quite apart from the focus and midrange projection of the Vintage 30s that normally come loaded in Orange's combos and cabs, this speaker has a graceful and even delivery with just the right amount of sparkle on the top end to sound "right" without sounding "brash". Of course, you could always run the Tremlord into an external cab, but you'd be missing out on one of the best features of this amp - as we found out when we tried to run it into our iso booth!

Orange say the Tremlord is inspired by classic 50s combos, and as such it wouldn't be complete without tremolo and reverb. Orange have delivered in spades here. The reverb is rich and washy, with all the subtle distortion and modulations you get from a genuine reverb tank. In fact, winding the amp up to full saturation will even make the reverb act like an additional gain stage, just like in classic tweed amps.

As the name would suggest, the tremolo is the star of the show. It's a genuine tube bias tremolo, but it's a 12AX7 providing the wobble (rather than the power tubes, as you'd find in older models). Not only does this allow for all that glorious undulating tremolo to cascade into the reverb (as opposed to the other way around), but it also allows for probably the Tremlord's most unique feature - two foot-switchable tremolo speeds. Toggling between the two if great for adding interest and intensity to a track, and even give a similar effect to the speed control on a Leslie cabinet.

As you'd expect, the Tremlord is a superb platform for pedals, but if you wind up the volume it starts to bark and bite with a classic vocal character that's unmistakably "tweed", and the four wattage modes (30w, 15w, 2w or 1w) help keep the output level in check.

The Orange Tremlord 30 is a fantastic re-imagining of classic 50s combo amps, with a very "Orange" attitude. It's simple, tough, and it sounds killer. 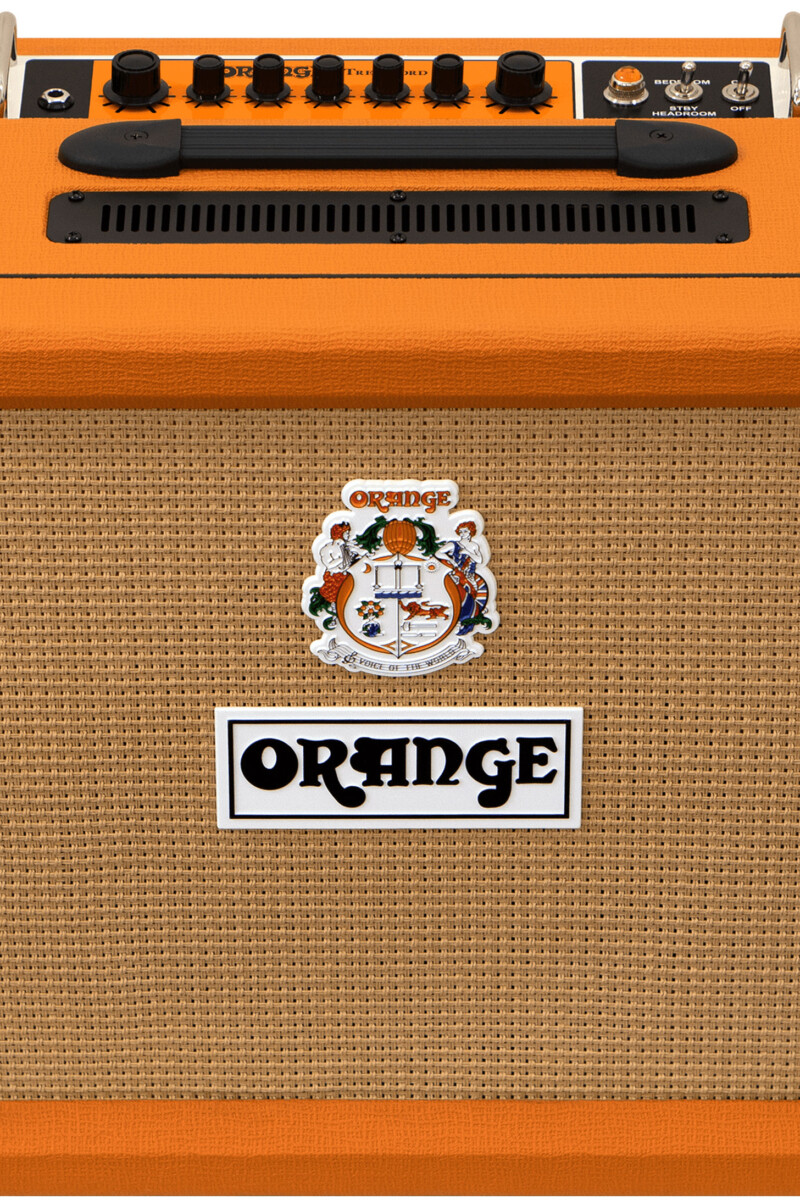 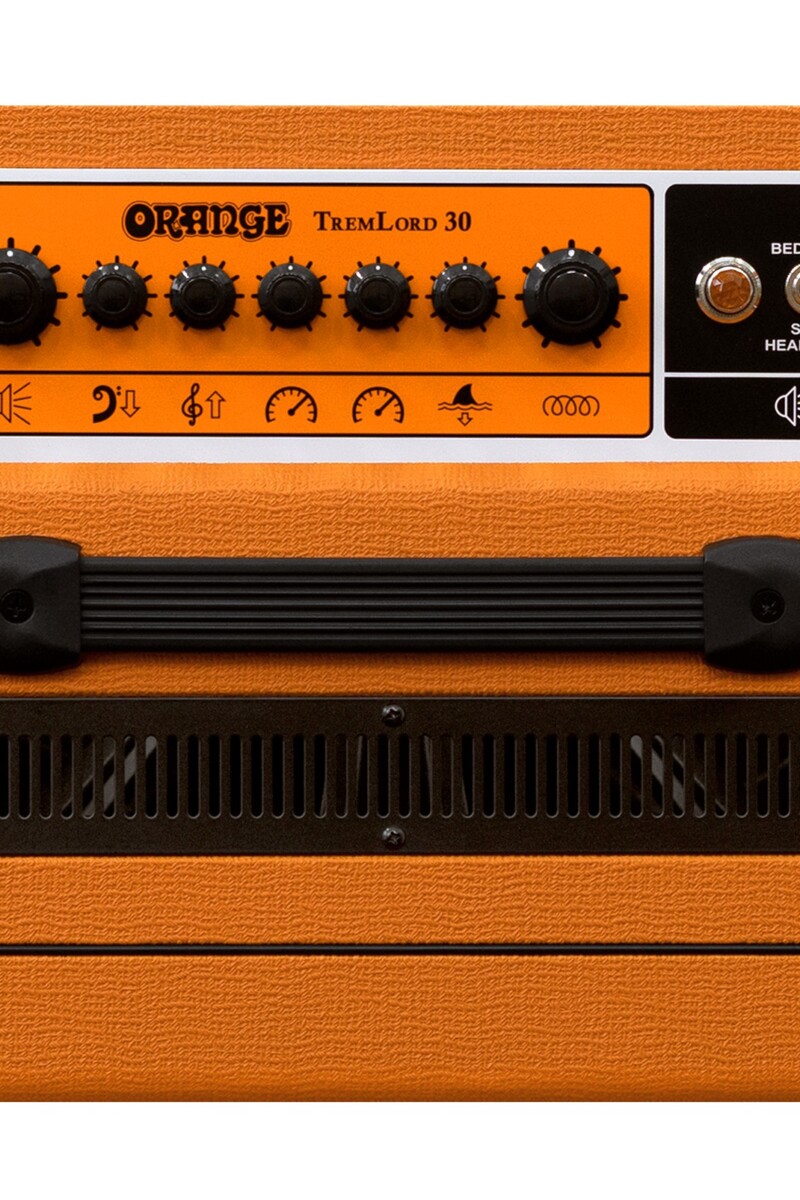 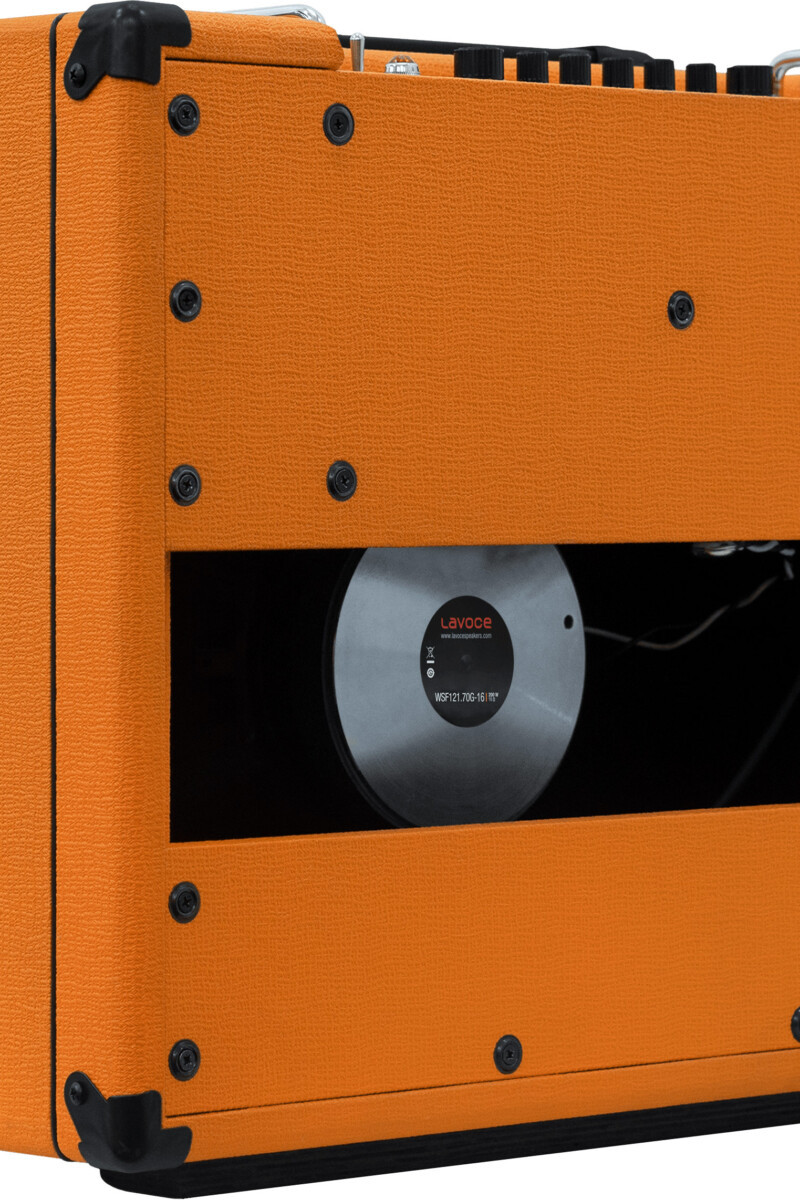