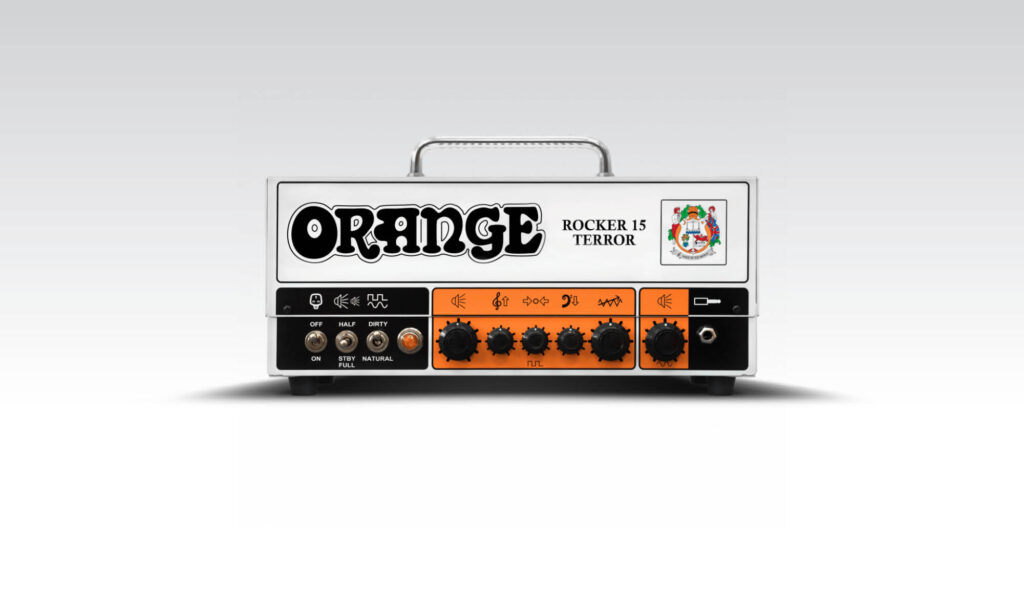 Surprisingly good mini amp tones that you can take anywhere

Well thought out features that set it apart from other amps of this type.

A little heavier than you may expect

For the price and size, not an awful lot!

British amplifier legends, Orange unveiled some exciting additions to their range at this year's NAMM. The new compact amp line includes the Brent Hinds signature Terror head, the Rocker 15 Terror head and Crush Mini amps. Nick Jennison got grips with the later of the two new releases in this issue.

Capable of 15, 7, 1 or 0.5 Watts of output, the Rocker 15 Terror is the head only version of the enormously popular Rocker 15 Combo that moves seamlessly from home, to the studio, to the stage. Finally, a small, two channel, bedroom-friendly all-valve amp that you can legitimately gig!

Lunchbox format heads are something of an industry standard these days. Scour the product lines of any major amp manufacturer, and you’re very likely to find a little amp in an all-metal enclosure - you’ve probably already thought of a few! The Mesa/Boogie Mini Rectifier featured in GI54 is an excellent example of this archetype, but it all started in 2006 with the Orange Tiny Terror.

By today’s sensibilities, the (now sadly discontinued) Tiny Terror is far from the smallest giggable head on the market - the Joyo Bantamp series comes to mind, as does Orange’s awesome Micro Terror - but back in 2006, it was revolutionary. Selling in excess of 30,000 units worldwide, the Tiny Terror was an incredibly portable rock machine with loads of charm, good looks and great tone.

It wasn’t without its limitations, though. With only one channel, no effects loop and precious little clean headroom, you could forget about using big washes of effects, or even boosting your vol-ume for solos! The smaller transformers didn’t exactly “thump” like a big amp, and there was limited tone shaping options. Ironically, it was also a bit too loud for bedroom use.

Fast forward 12 years, and we have the stars have aligned to give us the Rocker 15 Terror. Last year saw the release of the Rocker 15 and 32 combos in response to continued pressure from customers for a re-issue of the much beloved Rocker 30. It seemed inevitable that we’d get a head version, but the choice to release it in a “Terror” format is inspired.

While the Rocker 15 Terror is a very different circuit to the old Tiny Terror, to me it represents a near-perfect refinement of that design. There are two channels (including a bona-fide clean sound) and a great-sounding effects, and a “headroom to bedroom” switch that enables home use without that age old trade off between sacrificing tone and dealing with anger neigh-bours/police/mobs with burning torches.

The “Natural” channel is the very embodiment of simplicity, with a single volume knob and nothing else. There’s a fair amount of clean headroom on tap in the first half of the knob’s travel, with a great classic breakup past 12 o’clock. Don’t expect a sparking American-style clean though: the voice is buttery and mid-rich, and while it doesn’t spank and shine like it’s Californian rivals, it’s just made for pedals. The rounder delivery is warm and smooth, flattering overdrives, fuzzes and amp-in-a-box style pedals equally well.

The “Dirty” channel is just that - Dirty! Filthy, in fact. There are just abominable amounts of gain on tap, but it’s not the smooth, singing gain of the Rockerverb heads, nor the incisive metal chunk of the Dual Dark. There’s a lot of bass going into the drive, which produces a fat saggy compression that sounds huge on chords and classic rock riffs while lending weight and gravitas to solo lines. The response isn’t the fastest, making shred passages and percussive metal riffs can feel a little sluggish, but the rich harmonics and grown more than makeup for that.

The inclusion of a proper valve-driven effects loop is very a welcome addition for the modern player. Back in 2006 reverb pedals were considered somewhat eccentric, but these days washes of ambience are a crucial part of the rock player’s palate, and the Rocker 15 Terror handles these duties fabulously on either channel.

Bigger transformers mean it’s not exactly a featherweight, but it’s certainly light enough to be an easy one hand carry, and the additional low-end you get in return is certainly worth the trade-off. It even comes with a cool padded gig bag!

I’m super impressed with this little amp. It’s loud enough to do some serious damage on stage but it can be tamed for polite home use, and the tones are inspiring at any setting. Orange has knocked it out of the park with this one.

So while the Rocker 15 Terror is an eminently portable amp, and perfectly usable for quite practice sessions, you’re unlikely to drag it up to your hotel room and rig up a cab to work on your chops. Don’t worry though; Orange has got you covered with the Crush Mini.

Boasting a surprisingly potent 3 watts of solid state power through a punchy little speaker, the Crush Mini offers up a variety of tones that are perfect for practice, warming up, impromptu writing sessions, you name it!

Taking tonal inspiration from the Dark Terror, there is a surprising amount of gain on tap. The versatile “shape” control shifts from a mid-heavy honk that’s perfect for lead work through to a scooped tone with a top end emphasis that’s as good for spanky clean funk as it is for gnarly metal. There’s even an accurate and easy to read onboard tuner. But perhaps the most exciting feature is the 8-ohm speaker out, meaning you can turn that cab that’s been collecting dust into a great sounding 3-watt tone machine!

The portability, apartment-friendly volume and very low price tag make this an absolutely ideal amp for beginner guitarists - especially younger players who don’t have a lot of cash to throw around. It’s also a really fun bit of kit to have around the house for impromptu jamming, and if you run it on battery power, it can be with you wherever inspiration strikes. I’ll be grabbing one in time for barbecue season to play out in the garden and down at the beach!

Unlike so many of it’s “mini amp” competitors, this one actually sounds and feels really good, and the ability to connect it up to a bigger cab is the icing on the cake. 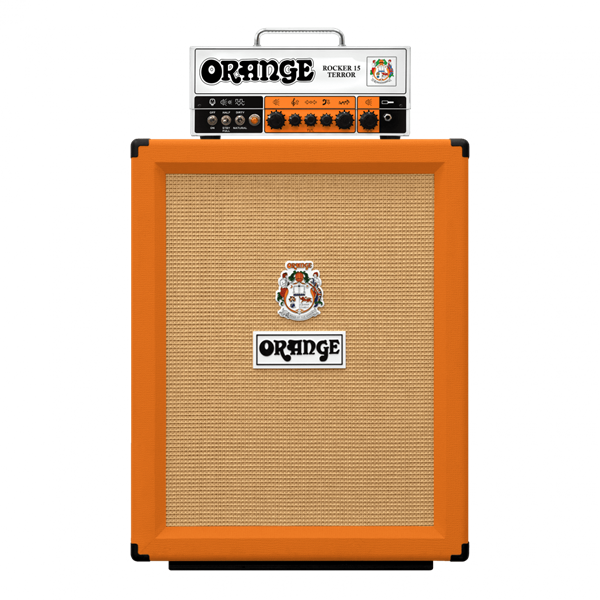 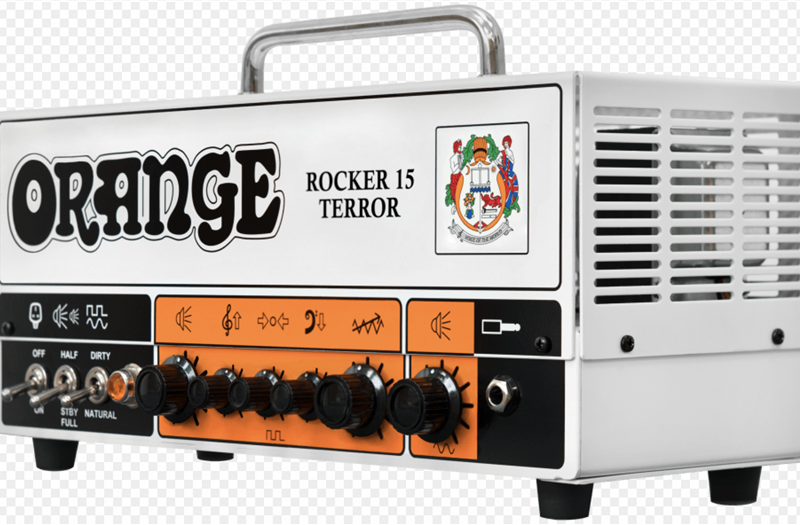 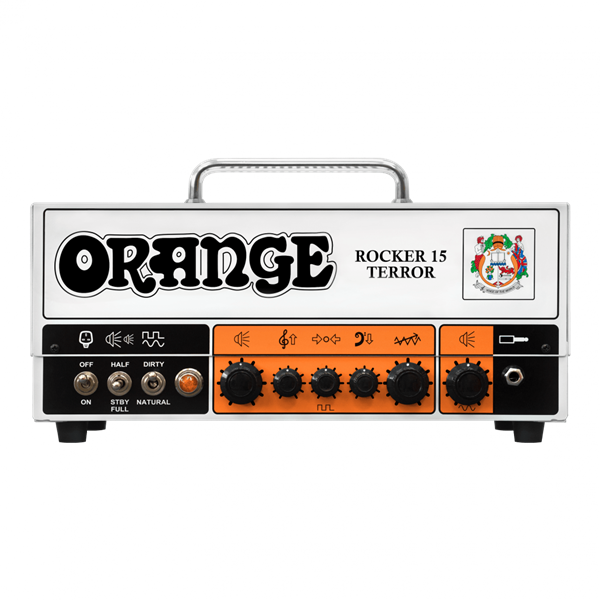