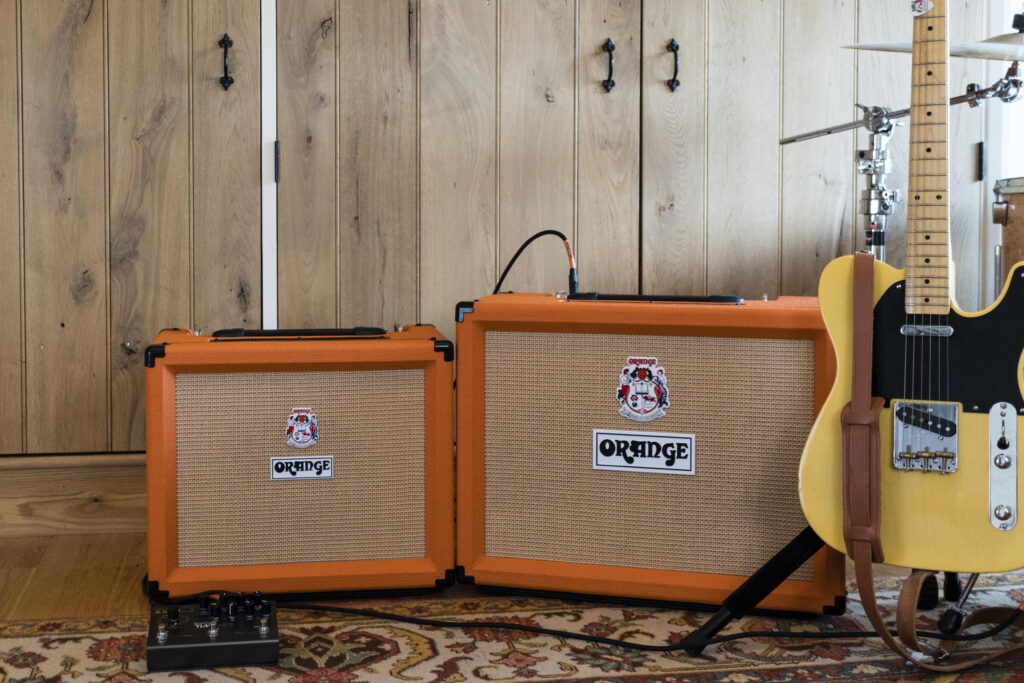 Orange has several combo amps available in its extensive range, but the Rocker 15 and Rocker 32 are different animals from the rest in quite a few ways.

Orange has been on a roll these past few years. Each time it has launched a new amp reviewers have sung its praises and the queues of eager guitarists have started to form. But surely there's just not that much left that can be done with 15 and 30 guitar combos, is there? Tom Quayle has been testing two brand new offerings from the Orange stable.

Orange has several combo amps available in its extensive range, but the Rocker 15 and Rocker 32 are different animals from the rest in quite a few ways. To start with they are absolutely brand new, having been launched at the NAMM show a few weeks ago. Both are all tube affairs featuring 10” speakers and tube buffered effects loops but, whilst they share the same tonal DNA and two-channel configuration, they fulfil different roles from one another, while being equally impressive in their own right.

The Rocker 15 is a 1x10” combo kitted out in the classic orange vinyl cabinet and blond grille cloth (both amps are also available in black). It houses a trio of ECC83 pre-amp tubes, a single ECC81 for the tube buffered effects loop and a pair of EL84 power tubes giving 15 Watts of power. This is a very loud amp thanks to its custom designed ‘Voice of the World Gold Label’ speaker and beefy transformers and is very happy on stage next to even a loud drummer. But, Orange has designed this combo to be equally happy in the bedroom as on stage, building in a very handy attenuator switch to take you into the aptly named ‘bedroom mode’ for 1W operation without compromising the feel and dynamics of the core tone. A half power switch enables 7W or 0.5W output in gigging and bedroom modes respectively and the tone remains warm and responsive no matter which power selection you make.

The Rocker 32 is the bigger brother in the series and features a 2x10” speaker setup with the same control layout and ‘Voice of the World Gold Label’ custom drivers. The biggest difference between the two is the addition of an extra pre-amp tube, four EL84 power tubes for 30 Watts of output and two ECC81 tubes for a stereo effects loop. Yes, you read that right – a stereo effects loop! Orange has really pushed the boat out with the Rocker 32 and has given the fantastic tonal palette of the Rocker 15 more power, more bottom end and tightness plus the ability to run stereo effects and even a ‘wet-dry’ set-up from a single amp.

Some clever circuitry makes the stereo separation wider than you might expect from a small cabinet and, combined with a stereo delay, reverb or chorus, the tones on offer can be truly staggering. Using the stereo return allows for true stereo time or modulation effects to shine, but using only the right return allows the left speaker to run dry whilst the right handles effects for an incredibly portable wet-dry setup that sounds immense. You could even run separate effects chains to each speaker using an appropriate splitter box, all options that are pretty much unheard of in a combo at this price point.

The Rocker 32 is a very loud amplifier with 15W per side for the full 30W experience and will sit comfortably on even the loudest of stages thanks to its ear-splitting power levels, but Orange includes a half power mode for 7W per side operation if you want to drive the power tubes a bit harder without destroying your ears. As with the Rocker 15 you get a single volume control on the ‘Natural’ channel, designed to be a transparent and true to your guitar/pedals as possible and a gain, three band EQ and Volume control on the ‘Dirty’ channel.  The 32 has a bigger sound in general with a tighter low that makes it sound more aggressive than its smaller brother. It is also significantly heavier but not back-breakingly so and can certainly be described as portable.

Both of these combos are extremely well made and represent excellent value for money, considering their feature set and tonal quality. They are both surprisingly versatile too, especially if you’re a player that incorporates your guitar’s volume control into your tone shaping. Our money would be firmly placed on the Rocker 32 thanks to its bigger sound and amazing stereo capabilities, but it doesn’t have that superb bedroom mode, so the Rocker 15 should be very appealing to those who need a great sounding amp that is appropriate for both the stage and bedroom.

Another pair of winners from Orange! 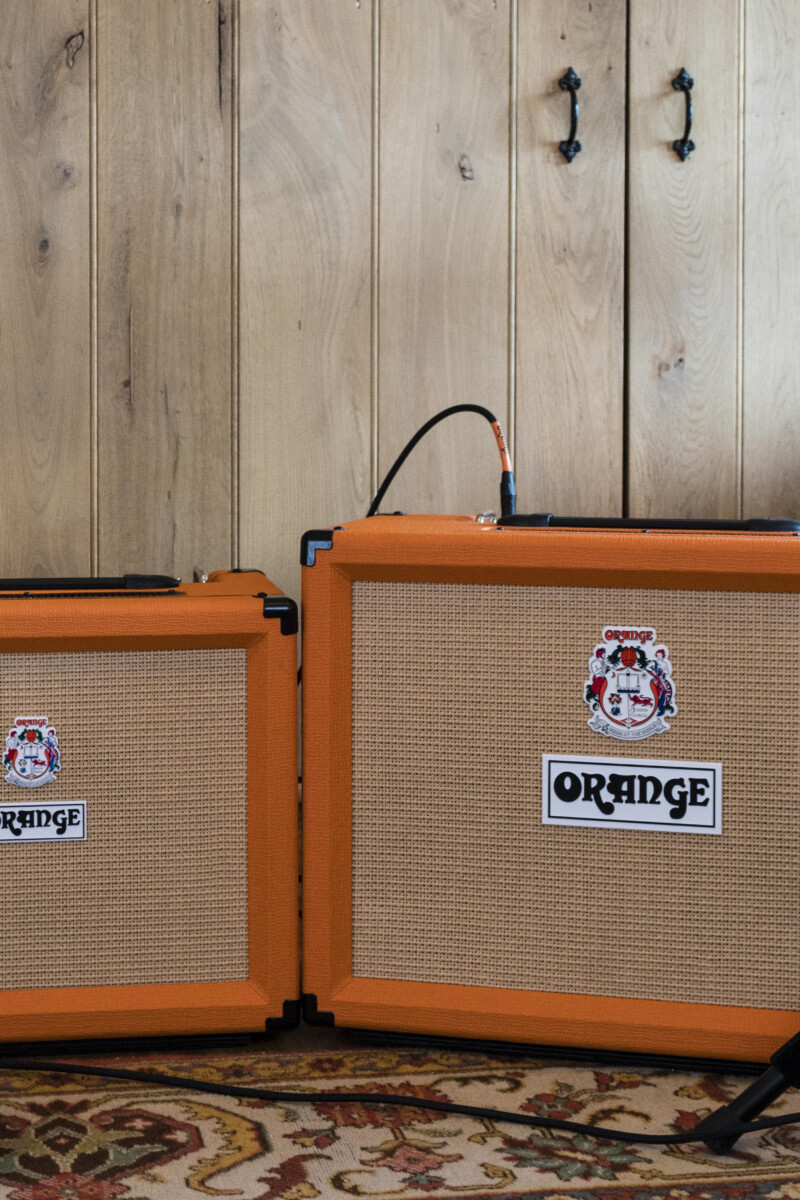 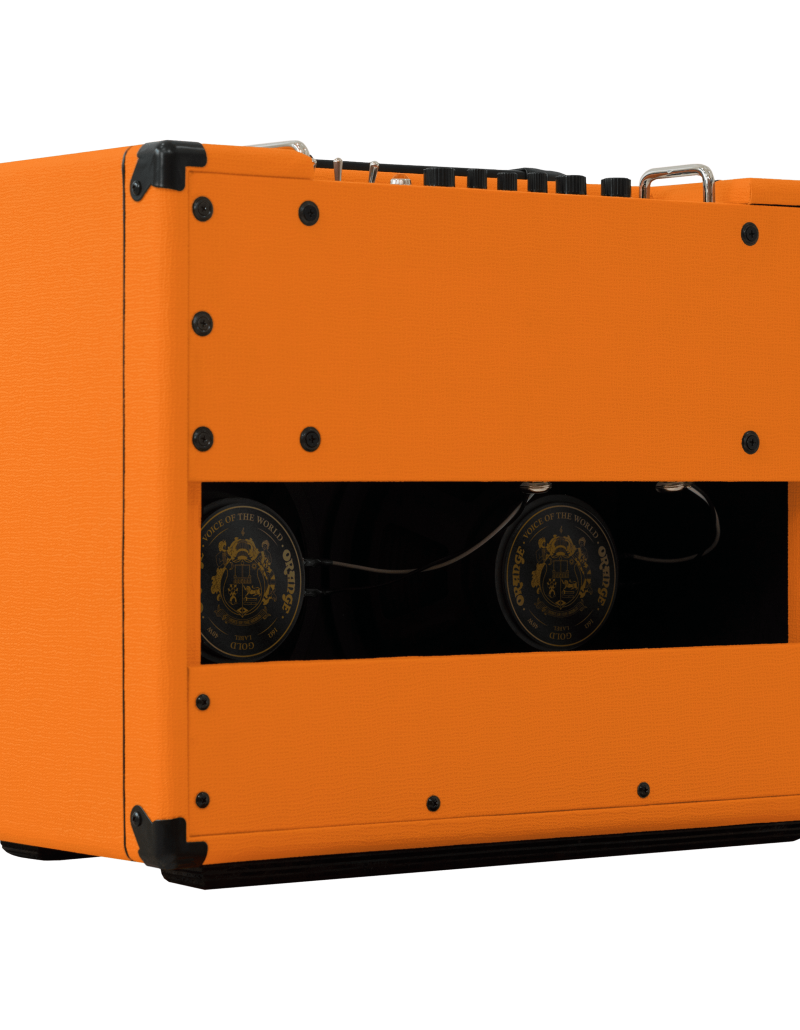 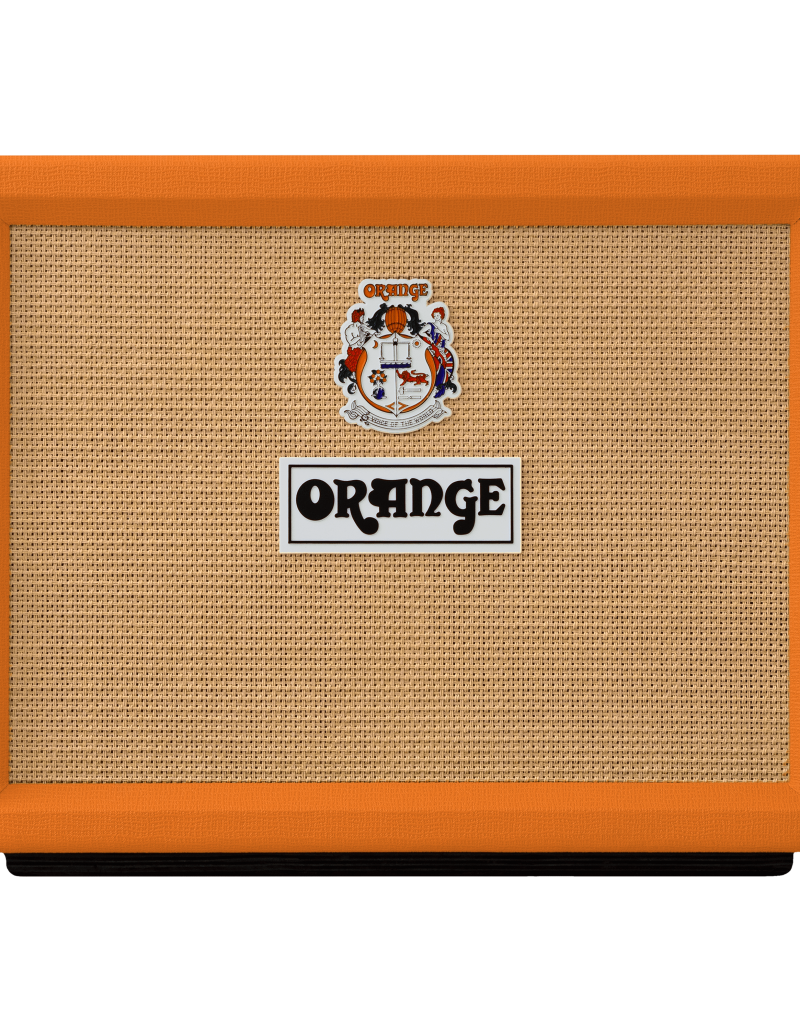 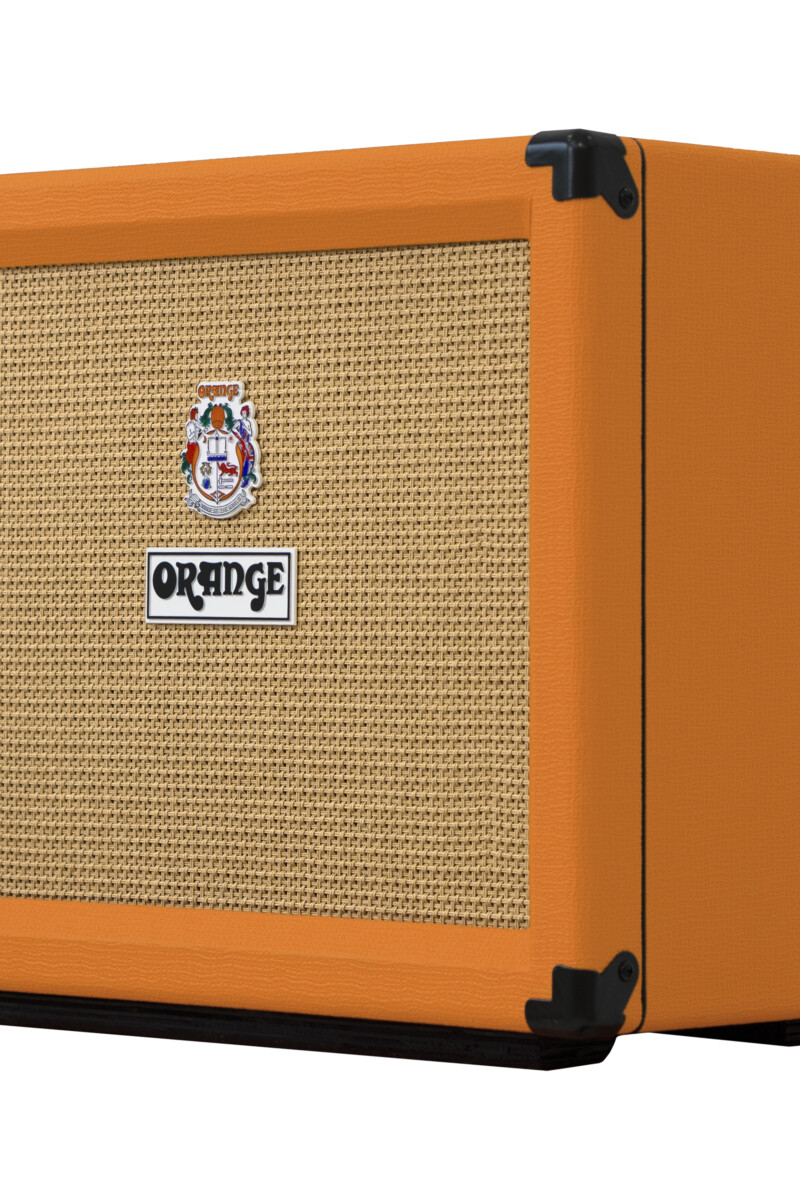 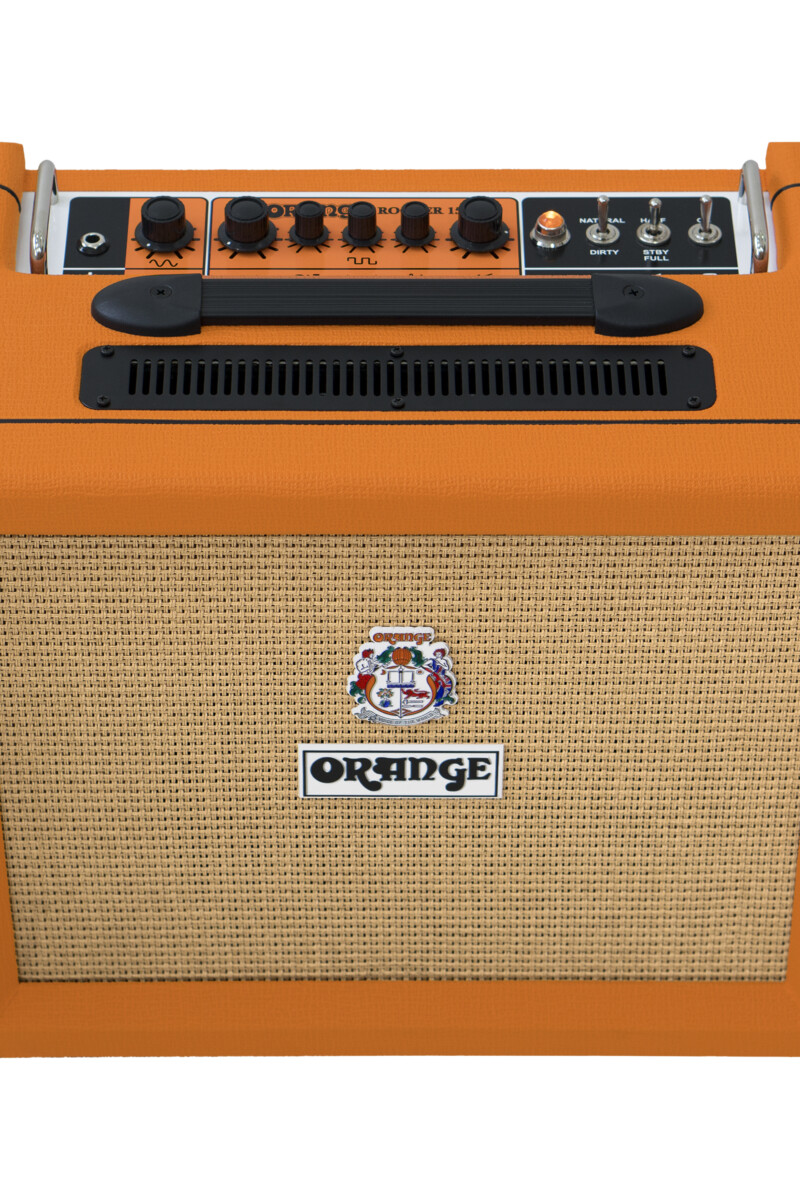 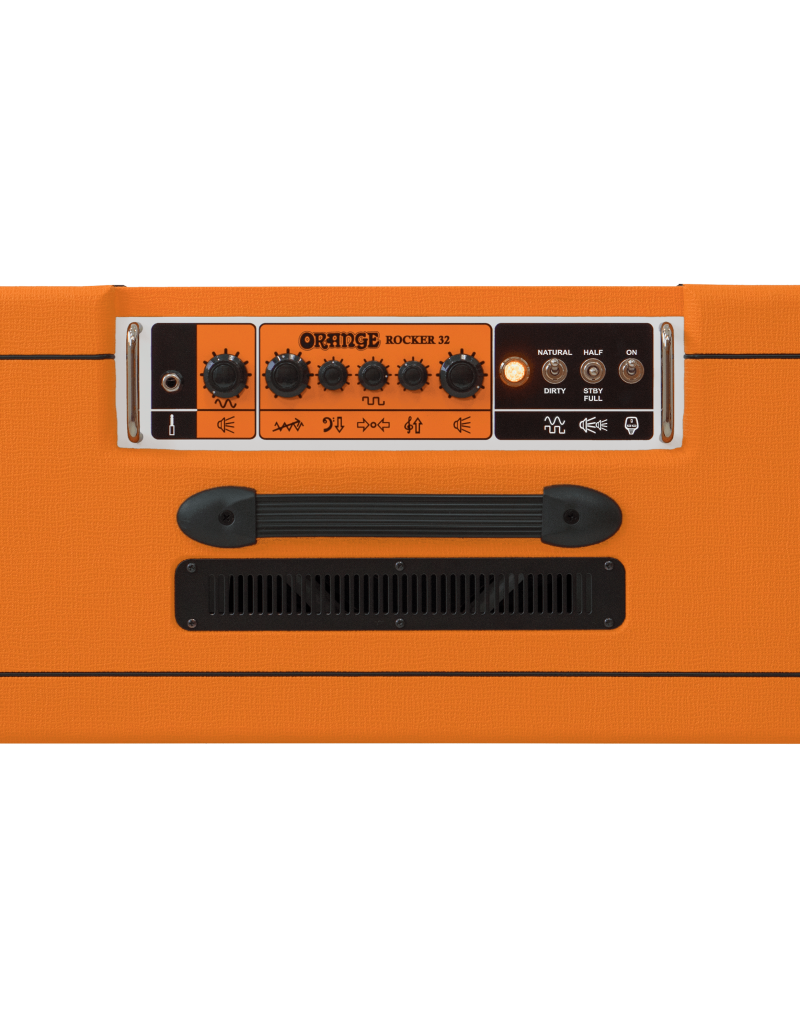