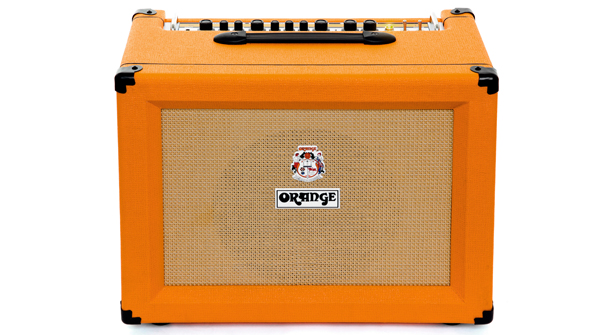 All valve, solid state, or hybrid? It's a question you have to consider when buying a new amplifier - especially a lower power amp for rehearsals or gigging. Back in the mid-late 1970s, when vacuum tube technology was being phased out of widespread use in electronics (for example, TVs, radios, Hi-Fi and industrial equipment) guitar amp makers started following suit. For a while, it looked as if tube/valve amps were destined to go the way of the dinosaur, as most of the products offered to the average semi-pro were suddenly 'solid state'. By the way, 'solid state' is the term given to any electronic device that uses transistor technology in place of vacuum tubes, aka valves.

Despite the advantages of lower cost, a huge saving in weight, increased reliability and so on, guitarists doggedly stuck to their tube amps (causing some real frustration among amp designers and manufacturers, let it be said - Ed) because although valve amps require more maintenance, guitarists love them because of their warm rich tone and natural distortion when pushed.

Recently, a handful of manufacturers have begun offering good quality solid state amps again, taking them out of the realms of cheap and nasty beginner's amps and Orange has now gone a stage further with the latest additions to its respected Crush range - three new models it describes as being built to the 'professional standards' it last offered as slid state models back in the 1970s before reverting to its roots as one of the world's most respected valve amp makers.

I'm going to lay my cards on the table and say I'm a big valve amp fan. However, for certain things I do use solid state equipment, it's ideal for quiet recordings and silent pits in shows, so when testing this I tried to remain open minded.

The CR60C comes with two channels (clean and dirty) both based on the very successful Rockerverb range,  Orange's own 1x12 60W 16 Ohm Voice Of The World speaker, a digital reverb and an effects loop.

The clean channel is based on a two stage, two band EQ design, which is designed to break up when cranked, just like a Rockerverb. I personally would like to see a middle tone control on this channel to help shape the sound more, but the two band EQ works fine, offering warm but not muddy basses, and clean but not harsh trebles. The clean channel is where most solid state amps struggle compared to their valve companions. They tend to lack the warmth, depth and power of a tube clean tone. The CR60 clean tone is fairly warm and it does start to break up nicely when pushed, though I fear it would struggle to cut through if alongside a good 30W valve amp.

On to the drive channel. This uses a circuit based on four stages of gain and a three band EQ (welcome back mids!). The dirty channel is normally where solid state amps start to claw back an advantage - with modern technology allowing a wide spectrum of sound these days, distortion has come on a long way. Even great clean valve amps, like some of the Fenders, have struggled with their overdrive sound, and most players today would opt to use pedals rather than the OD channel.

The CR60 offers a wide range of gain, suitable for a rage of sounds, from low comping to mid-Blues, through to full-on Rock.  The speaker copes well when things start to get very gainy, as does the casing, allowing for a good open voiced sound and not boxy. I feel this amp works best around the mid gain way for nice Blues/Rock sounds; the high gain sound doesn’t quite have the scoop for full-on Metal lead, although rolling down the mids does help.

Finally, the Crush 60C features an in-built digital reverb, with three settings spring, hall or plate.  All three sound authentic and natural; there is plenty of range to satisfy even the most picky of reverb lovers.

As you would expect from Orange the amp looks striking and certainly stands out from the crowd. The build quality is high, featuring an 18mm plywood casing, full Orange quality basket weave Tolex, and in good solid state tradition, it's pleasingly light - perfect for gigs up three flights of stairs!

This is a good solid state amp that serves a wide range of styles. It's powerful enough for small gigs, yet tame enough for bedroom playing. I still think the clean sound lacks that special something of a valve amp, but that could just be down to my personal taste. If distortion is your thing, however, there's plenty of variations on the dirty channel and a pleasing reverb. Pricewise, it's a bit hard to say just yet. The Crush 60C is so new on the market that when we went to press it wasn't available at much less than the full MSRP.  At that price it faces some stiff competition. After it has been on sale for a while, that will possibly change.

Everyone has a different answer to the question “what type of amp is best?” all I would say is go try one out. If you have been a hardcore valve fan for years then you may well be presently surprised by what you hear. There are three models in this up-market Crush range: the 60 Watt combo I sampled, plus a 120 Watt 2x12 combo and a matching head.