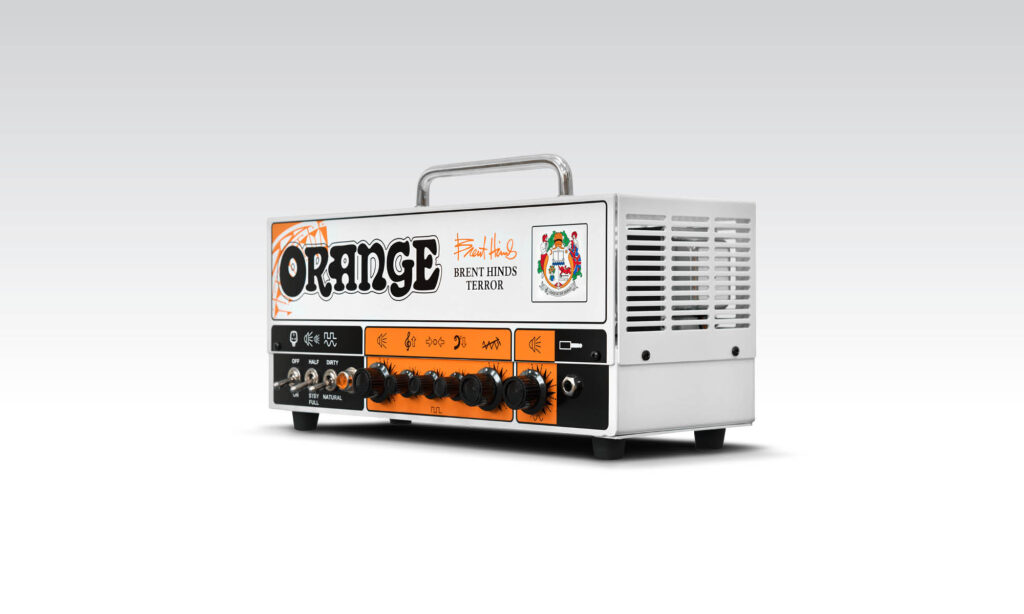 Orange is on a bit of a roll at the moment. Last year saw the release of the immensely popular Rocker 15 and 32 combos, the latter of which is probably the most portable stereo valve setup ever made.

Vintage-approved hard rock and metal tones in a tiny package

Plenty of useful features without sacrificing simplicity of operation

With power switching options of 15, 7, 1 and incredibly, 0.5 Watts have Orange—with the help of Mastodon's Brent Hinds—created the perfect amp for bedroom, studio, and stage use? Nick Jennison reviews the Orange Brent Hinds Terror.

Orange is on a bit of a roll at the moment. Last year saw the release of the immensely popular Rocker 15 and 32 combos, the latter of which is probably the most portable stereo valve setup ever made. This year, it's all about the heads - specifically, the return of the Terrors. In our last issue, we covered the blistering Rocker 15 Terror head: a 15-watt monster that captures the ferocious Rocker tone in a super portable head format. It's a stunner for sure, but the amp everyone's talking about is the Brent Hinds signature Terror.

Mastodon is a unique band, to say the least. Their sound owes as much to 70s prog as it does to modern metal, and their vibe is distinctly old school; you won't see them toting high-performance Strandberg or Keisel guitars, nor will you find hyper-articulate Axe FX-es or Kempers providing the dirt. Like the band themselves, the Brent Hinds Terror is loud, raw and aggressive. According to lead designer Ade Elmsley, it also represents a departure from the "Orange" sound, venturing into territory that's traditional "black and gold", if you catch my meaning.

Firing it up for the first time (on the dirty channel, naturally!), I was immediately struck by the utterly thunderous low end this tiny amp produces. As a Mesa/Boogie user, I'm no stranger to low-end thump, but this amount of girth from an amp this small is just ludicrous! Behind the trouser flapping, bass is a grit and gravel that'll be very familiar to JCM800 users, but with significantly more gain on tap. It doesn't exhibit the same mid-focussed throaty growl of the Rocker 15 Terror, but has a somewhat more classic voice that's wider and more open sounding across the entire gain range. Especially notable is the warmth of the high end; even at the most extreme settings, the amp never becomes shrill or brittle, and while there’s definitely plenty of classic grit and grain in the sound, it’s never irritating or harsh in the way some higher gain offerings can be.

Switching over to the natural channel, the clean voice is warm and mid-forward. It’s not ideal for the sparkling tones found in modern prog, but it just loves pedals. Fuzzes and amp-in-a-box type pedals are delivered with authority, but the rounder high end on this channel ensures things never get fizzy or artificial sounding. Personally, I’d consider using something like a JHS Angry Charlie through the natural channel for leads, and reserving the dirty channel for a supremely authoritative rhythm voice. Throw a tube screamer in the mix, and the dirty channel can get as aggressive as you’d ever need it to.

As if all of this wasn’t enough, the natural channel winds up to a really pleasing classic rock bark. Set like this, it’s pretty darn loud, but the half power and headroom-to-bedroom switches make this glorious noise accessible at volumes that won’t strip paint off the walls. Equally importantly, the valve-driven effects loop keeps your reverb and delay pedals sounding clean no matter how filthy the amp gets.

All in all, the Brent Hinds Terror is a very strong offering from Orange. Its classic voice is something of a departure for them but will feel very familiar to many players. It’s small, loud, authoritative, and it’s really difficult to get a bad sound out of it. 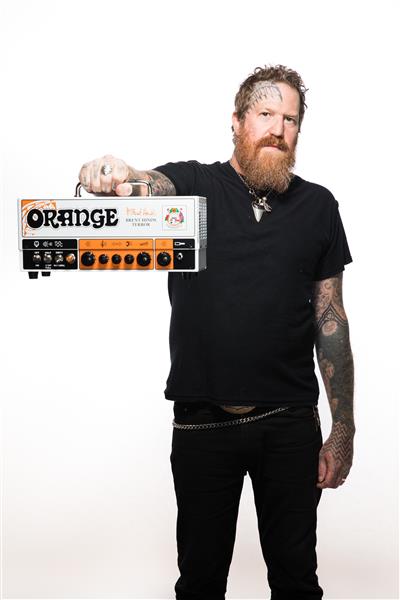 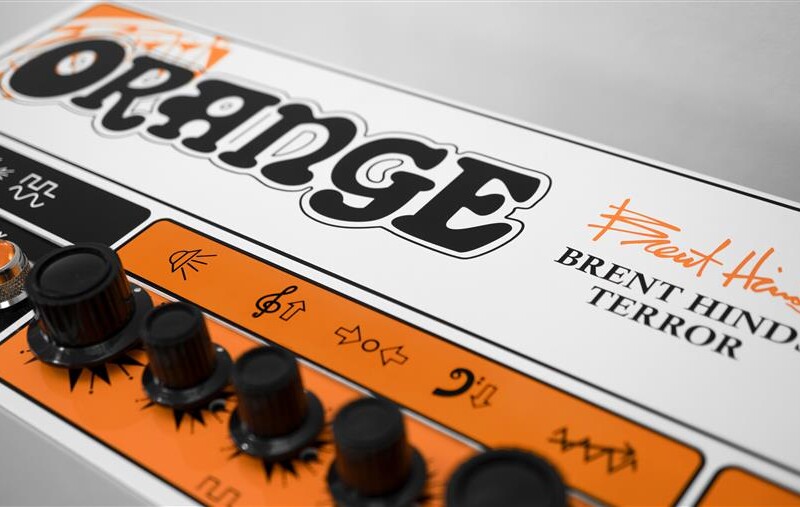 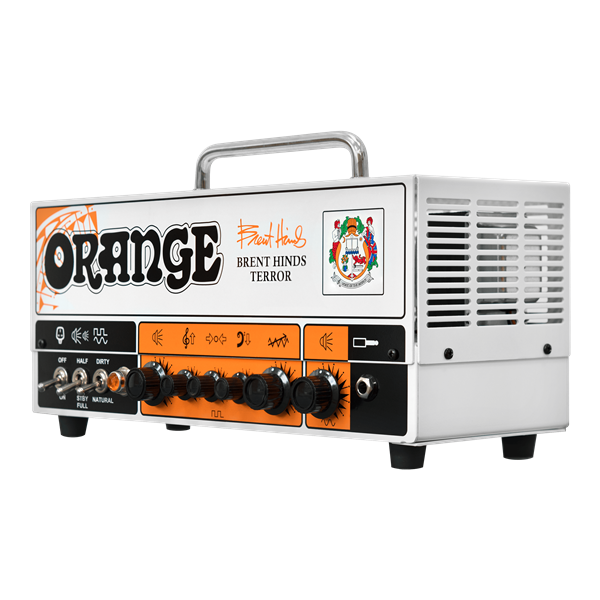 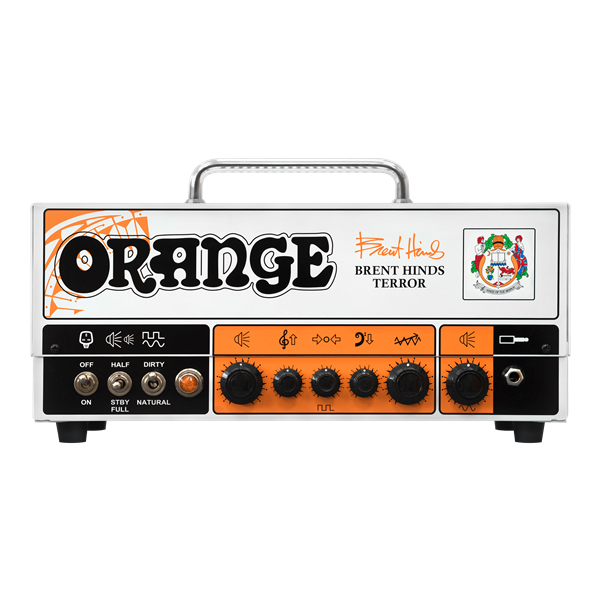 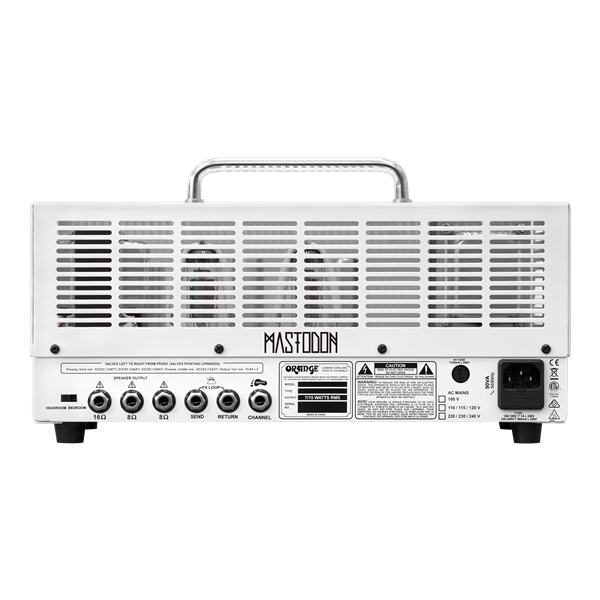 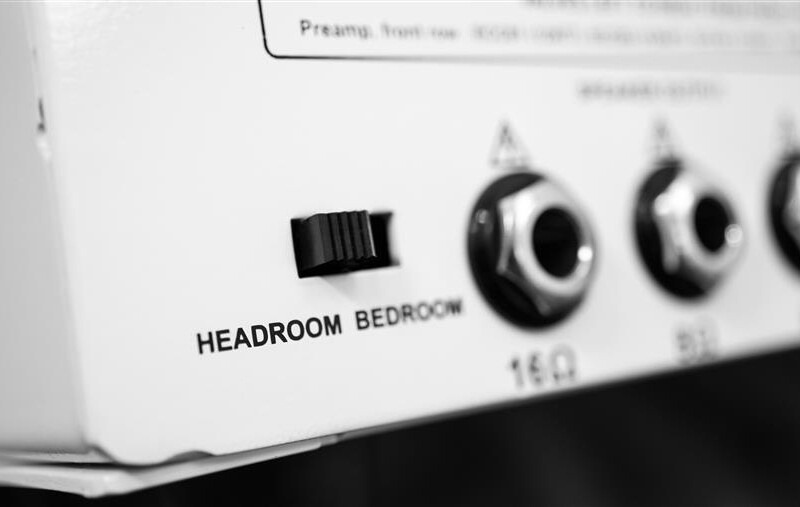