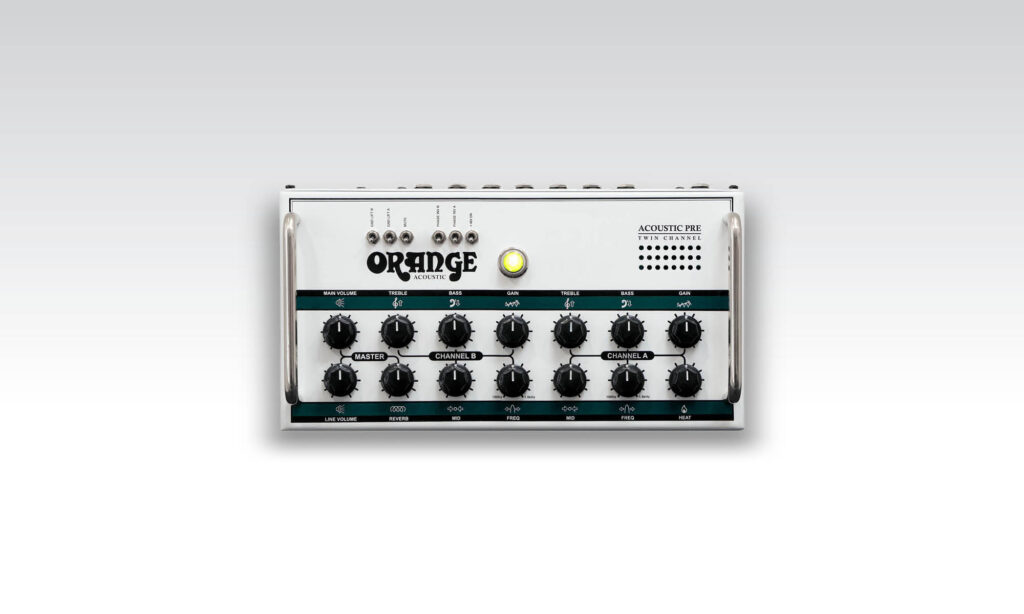 The Acoustic Preamp is a pretty simple affair, but the beauty is in the sheer quality of the sounds available. There are two discrete channels, each with its own gain and three-band EQ.

Pricey, but you get what you pay for…

Orange Amplifiers aren’t exactly known for their acoustic amplifiers. In fact, their Acoustic Preamp is their first foray into the acoustic world. What they are known for is their world-class engineering, and that should be enough to reassure you that they’ve got it right with the Acoustic Preamp. However, if not, then maybe you’ll take Martin Taylor’s word for it; the British fingerstyle great was involved in the design process and has been using the Acoustic Preamp on tour ever since.

The Acoustic Preamp is a pretty simple affair, but the beauty is in the sheer quality of the sounds available. There are two discrete channels, each with its own gain and three-band EQ. The bass and treble controls are both shelving type filters with an incredibly natural and open sound. The mid band has frequency and gain controls - perfect for ducking out that irritating piezo quack.

While Channel B is an incredibly clean and open solid-state design, Channel A uses valve circuity to introduce subtle harmonic saturation and natural-sounding compression. The “heat” control on this channel adjusts the valve’s bias - set higher, it introduces a warm harmonic “purr” on louder notes, while quieter passages have a rich presence. It even flatters electric bass very well!

Both channels have 1/4” inputs, while Channel B also sports an XLR input for connecting a mic. If you use multiple sources from a single instrument, you can use the Acoustic Preamp to blend them, taking advantage of the EQ and heat controls to sculpt each source to sonic perfection. There are 1/4” line and XLR outputs with independent volumes, along with an FX loop for each channel. The onboard stereo reverb is really something special. It’s rich and deep with remarkable warmth and character and is absolutely perfect for acoustic instruments.

The Orange Acoustic Preamp is a serious investment, but it’s a world class piece of gear that’ll rival anything found in the most expensive recordings studios. It’s built to withstand the rigours of the road, and the purity of sound it delivers is quite extraordinary. 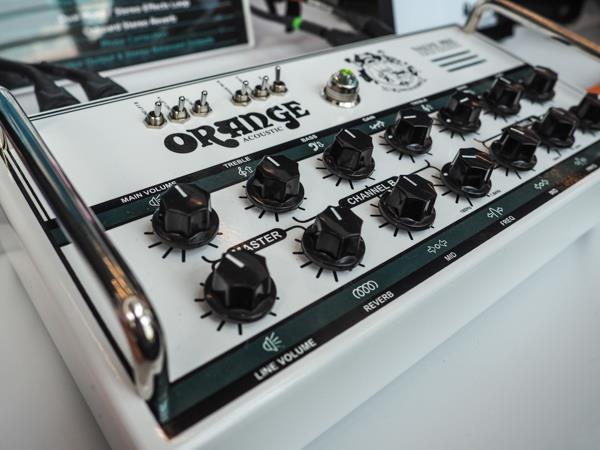 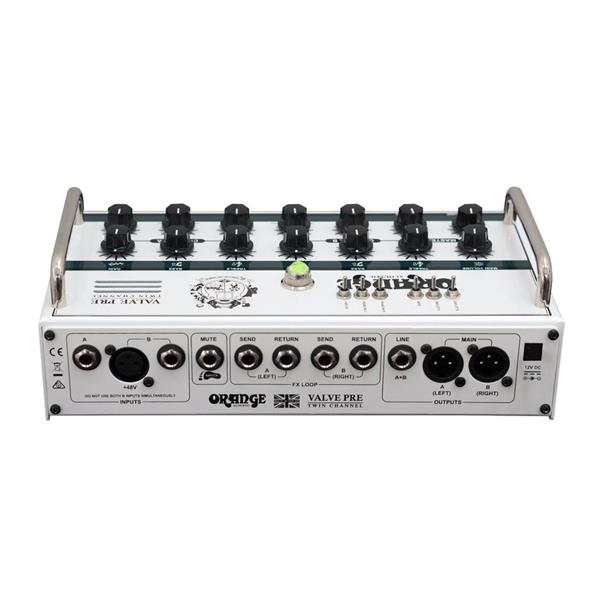