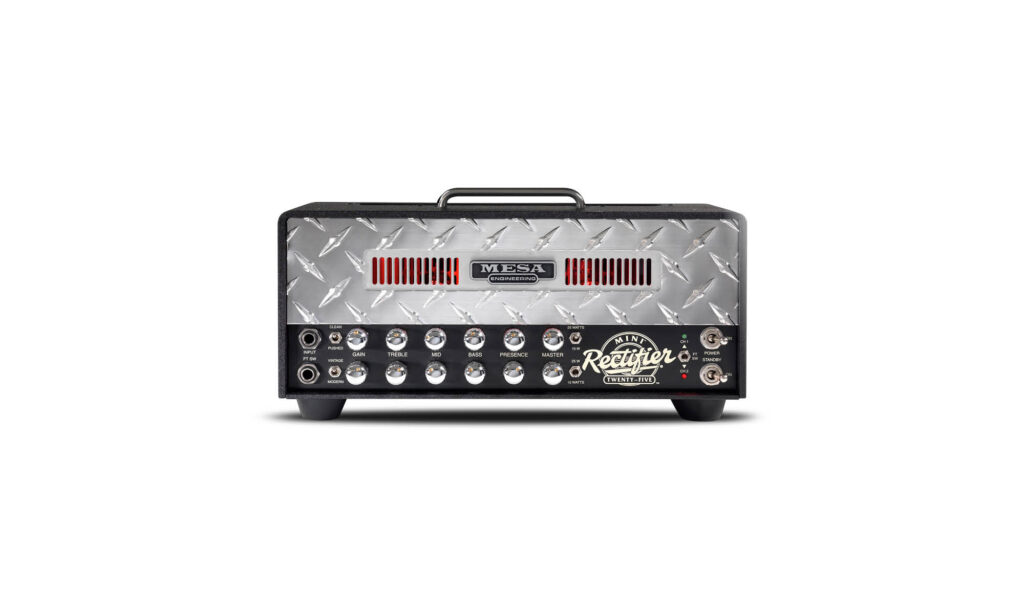 Flip it over to pushed, and there’s enough gain for ballsy rock rhythms, but it still cleans up very nicely with the guitar’s volume controls. Channel 2 is where the party is at though, and while it’s actually capable of a very convincing clean voice, it’s when you start turning up the gain that this amp starts to come into its own.

Reverb would have been nice, but there’s always the Recto-Verb for that…

Guitar Interactive star rating: four and a half stars

Since it was introduced in 1991, the Mesa Rectifier has been pretty much untouchable as the go-to amp for heavy guitar tones. Only the Peavey 5150/6505 can hold a candle to its ubiquity both on stage and in the studio, and even with many touring bands switching to modelling solutions, you can bet the model they’re using is probably some kind of Rectifier. So considering we’ve got the lead guitarist from the world’s biggest heavy band on the cover of this issue, it only makes sense that we feature the most iconic heavy amp too!

Initially, based on a heavily modified Mark IV, the original Dual Rectifiers were so called because they featured two selectable rectifiers: one valve, one silicon diode. The silicon offered a snappy immediacy and tight focus reminiscent of the Mark series, while the valve slowed and fattened the attack characteristic, leading to the era-defining “recto sag” of the ‘90s and ‘00s.

The Mini Rectifier is a good few years old now and has since been joined by the Recto-Verb Twenty-Five combo as Mesa’s most compact Rectifier offerings. Making massive tones out of tiny enclosures is nothing new to Mesa though. Going way back to Mesa’s inception with the Mark 1, Mark series combos have been known as pint-sized “Marshall killers” for their punch, tone, gain and outrageous volume, and this little fella is no exception.

Sporting a pair of EL84s in the power stage and a lone silicon diode rectifier (hence the absence of “Dual” in the am’s name), this amp does have a slightly different response to it’s bigger brothers. The low-end bump is a little higher and less expansive, and there’s a slightly browner and more “British” character in the mids. If anything, it’s a tone that’s more in keeping with the demands of today’s metal guitarist: scooped sizzle and massive lows have fallen out of fashion in favour of percussive attack and a more pronounced midrange. The preamp, however, is 100% classic Recto, which says as much about its oft-overlooked versatility as it does about the roaring metal demon behind those cool-looking red LEDs.

Each channel sports two modes and - crucially - two power stages. It should be noted that while switching wattages does have an impact on the amp’s absolute volume, these shouldn’t be thought of as “make it quieter” switches. Rather, they have a huge impact on the amp’s tone and response. 10w on either channel is warm and silky with a slightly recessive top end and sweet compression. 25w is bold and punchy, with a wide dynamic range and almost unbearable amounts of volume on tap. Seriously, I couldn’t wind it up past 2 and a half in the studio without it getting painful!

Channel 1 set to clean is a very refined clean voice, with just enough sparkle to shine without getting thin. Wind the gain up, and you’re rewarded with a chimey breakup that’s very addictive. Flip it over to pushed, and there’s enough gain for ballsy rock rhythms, but it still cleans up very nicely with the guitar’s volume controls. Channel 2 is where the party is at though, and while it’s actually capable of a very convincing clean voice, it’s when you start turning up the gain that this amp starts to come into its own. The vintage mode is warm and sweet, but with plenty of that characteristic Recto “hair”. Wind up the mids in 10w mode, and there are some sweet lead tones that purr and howl without getting harsh. Modern is supremely authoritative, but with the presence set low and the mids cranked it’s surprisingly vocal. Of course, that scooped sizzle is there if you want it too!

The first of many small re-imaginings of Mesa classics, the Mini Rectifier is a toneful and powerful amp in a tiny enclosure. Perfectly portable and giggable, it’s also with mentioning that this is the most affordable way to get your hands on that genuine Rectifier tone. Seems like a no-brainer to me! 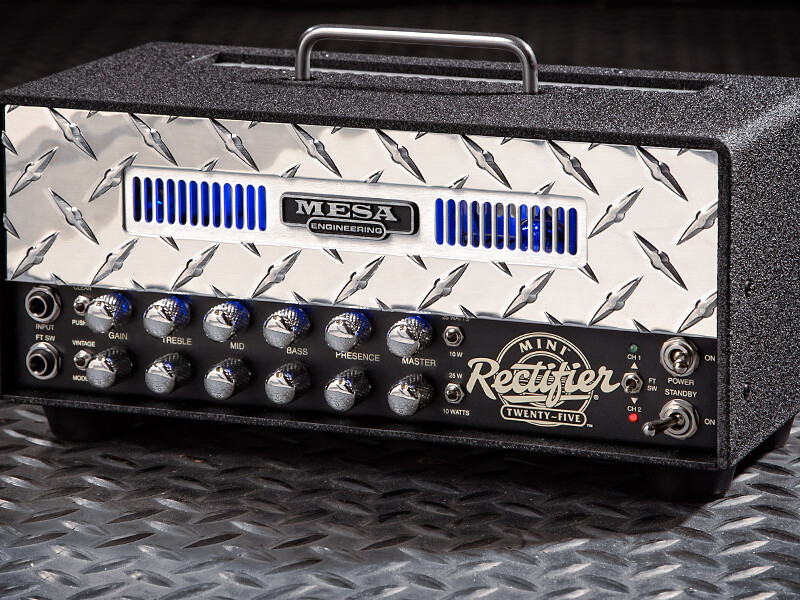 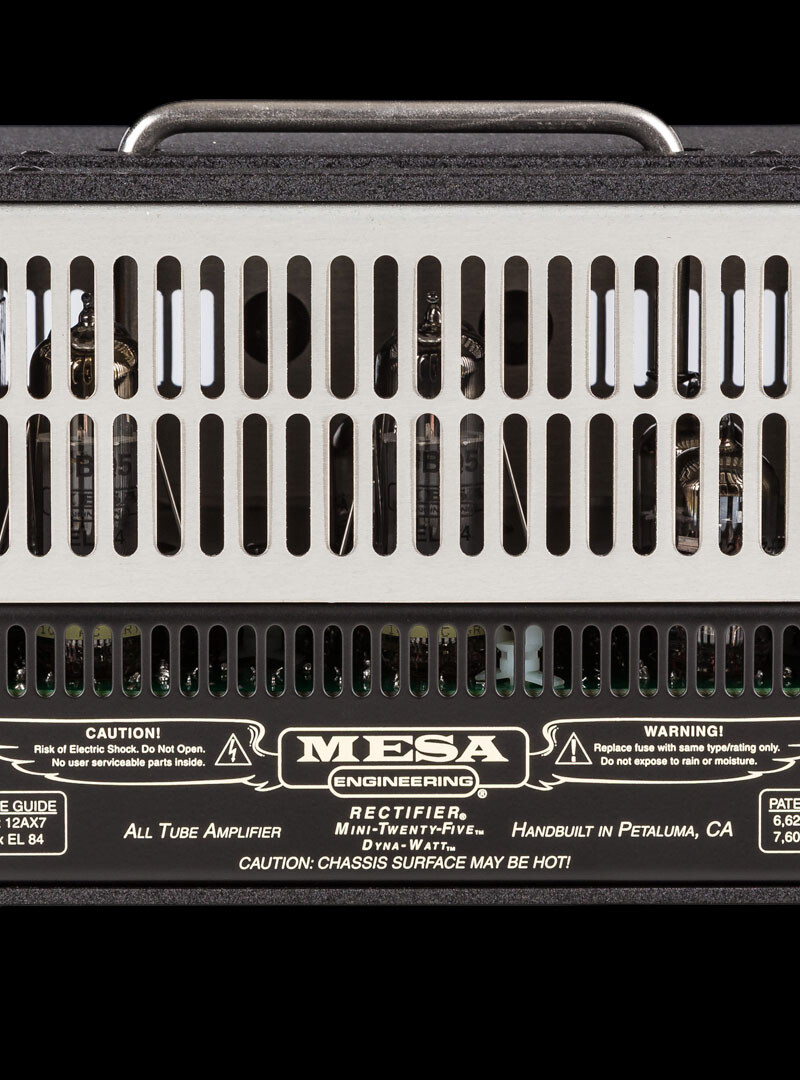 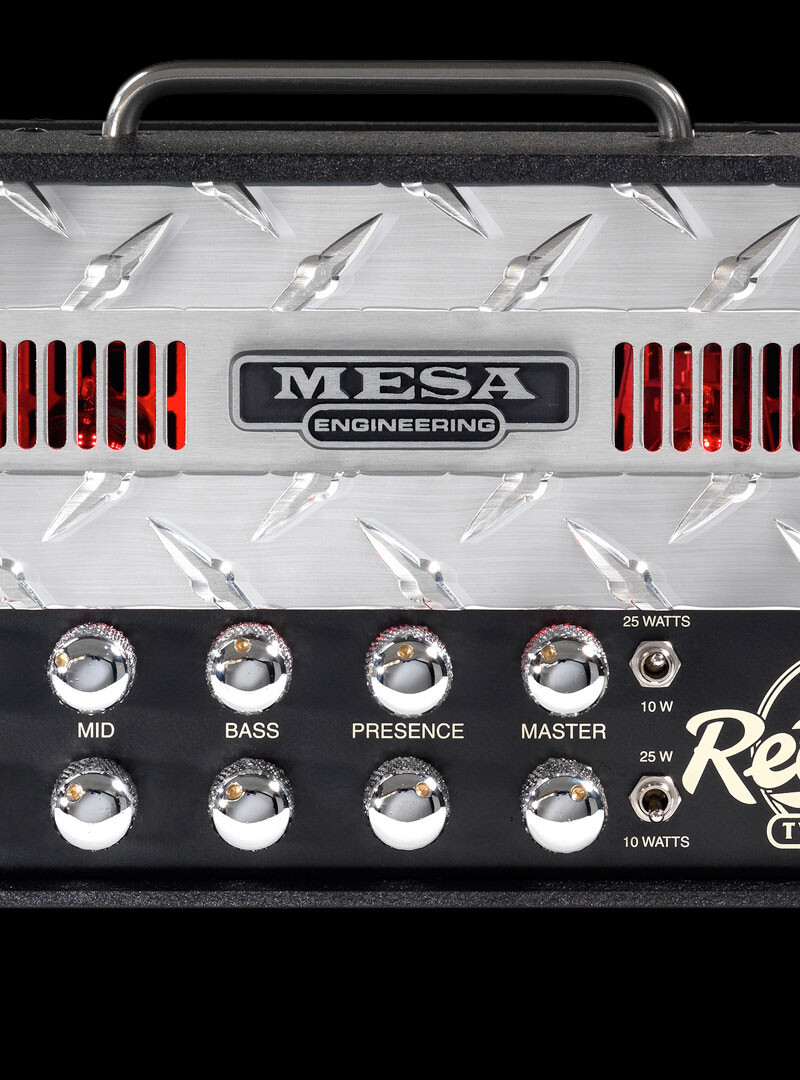