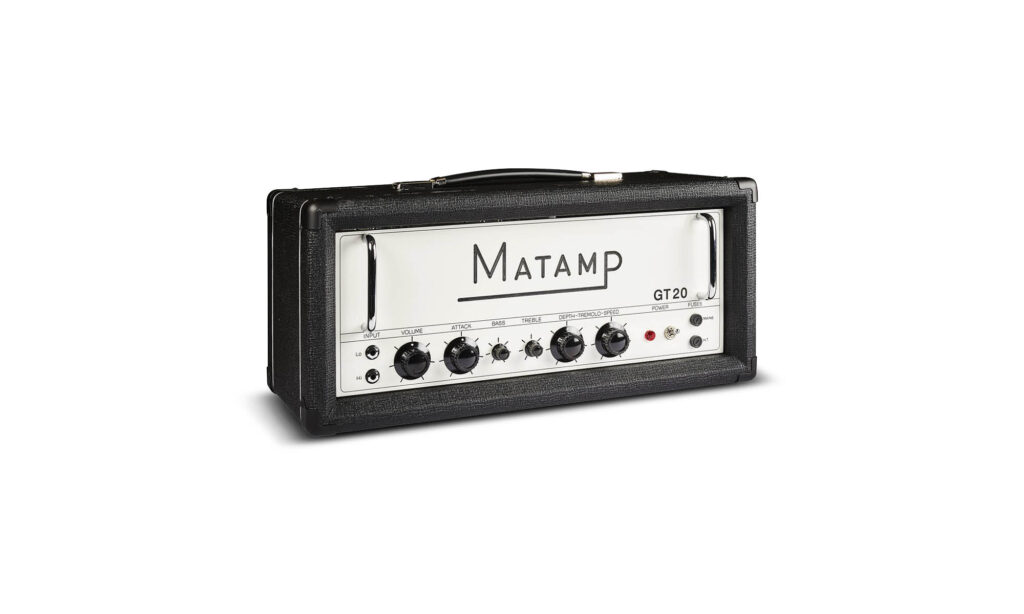 If you’re looking for the ultimate clean platform for your favourite pedals, or just a pure, clean tone machine for jazz, funk or soul, the Matamp GT20 might be the last amp you’ll ever buy.

If you’re after amp gain, you won't find it here!

Matamp has earned a reputation for being one of the masters of the lower wattage amplifier in recent years, and with the GT20, even their own expectations may have exceeded. Nick Jennison reviews the amp billed as the perfect pedal platform for guitarists who care about their tone.

Guitar amps, like most gear, seems to come in cycles. Think back to the plethora of small, low wattage valve amplifiers being produced a few years ago. A few years prior, the amp landscape was dominated by by fire breathing high gain heads from Mesa Boogie, Cornford, Bogner, etc. Earlier still was the “refrigerator rack”. There was a wave of popularity for hybrid designs, and another for the first modelling amps. As players’ wants and needs changed, amp manufacturers responded. So it goes for the pedal platform amp; as pedal switching systems and “amp-in-a-box” pedals increase exponentially in popularity, quality and choice (and as touring budgets shrink), pros and amateurs alike are turning towards the pedals-into-a-clean-amp approach to generating their tone.

Into the fray comes the Matamp GT20 - 20 watt all valve head, hand built in Yorkshire with parts sourced exclusively from the UK that’s at once remarkably simple and ingeniously clever.

For those who don’t know, Matamp has been making custom guitar amps by hand since 1964, finding their way into the hands of players such as blues icon Peter Green, who famously asked for an amp that was “sweet, but not like treacle - like honey”. After the departure of Tony Emerson (the “T” in the Matamp name), founder Mat Matthias and Cliff Cooper (the owner of Orange, a music shop at the time) would begin producing the famous Orange Matamps of the 1960s. In the early 70s, the companies separated, with Orange amps moving into mass production while Matamp stayed true to their bespoke roots. Since then Matamp has enjoyed enormous popularity in the Doom/Stoner community, due to their warm, fuzz-lowing clean tones and the apocalyptic volume and punch on tap.

The GT20, while still possessing much of the warmth and sweetness that made its ancestors so sought after, is something of a departure for the company. Instead of the baxandall-style tone controls featured on many Matamp and Orange amps, the GT20 is built around a more traditional American style tone stack which will feel much more familiar to Marshall or Fender users - albeit with the mid control hard-wired on “10”. The treble and bass controls produce a more flat response as they are turned down, with plenty of thump and sparkle on tap at higher settings. It’s a single channel non-master volume design, and it’s clean all the way up except for a gentle purr from the power stage at higher volumes.

The real stroke of genius, however, is the “attack” control. This allows the player to tailor the amount of negative feedback to suit the character of your distortion pedals. Setting this control low yields a smooth and warm character that takes the edge off brittle-sounding drives and fuzzes. Turning down the treble on a typical amp or reducing the tone control on a pedal to achieve a similar result can often feel stiff and sound dull and veiled, but the GT20 still sounds vibrant and authentic. As you increase the attack control, the GT20 becomes less Fender-y and more like a Vox AC30, with a sense of boldness and immediacy that will breathe life into muffled sounding overdrives.

Another welcome feature is a genuine bias modulated tremolo circuit, foot-switchable from the rear panel. A great amp tremolo is a thing of real beauty, and in A/B tests against a number of tremolo pedals (including the exceptional Strymon Flint) the circuit on the GT20 won out by a mile. It’s complex and smooth, with none of the choppiness inherent in photocell circuits. It’s a great sound and could save you money and space on your crowded pedalboard.

Of course, the GT20 is absolutely stunning to look at with it’s vintage “picture frame” styling and cool retro knobs and had turned a lot of heads here at GI headquarters. It’s also extremely sturdy for an amp that’s so lightweight (just 13kg/28.6lb), with an air of quality befitting a high-end hand built valve amplifier.

If you’re looking for the ultimate clean platform for your favourite pedals, or just a pure, clean tone machine for jazz, funk or soul, the Matamp GT20 might be the last amp you’ll ever buy. 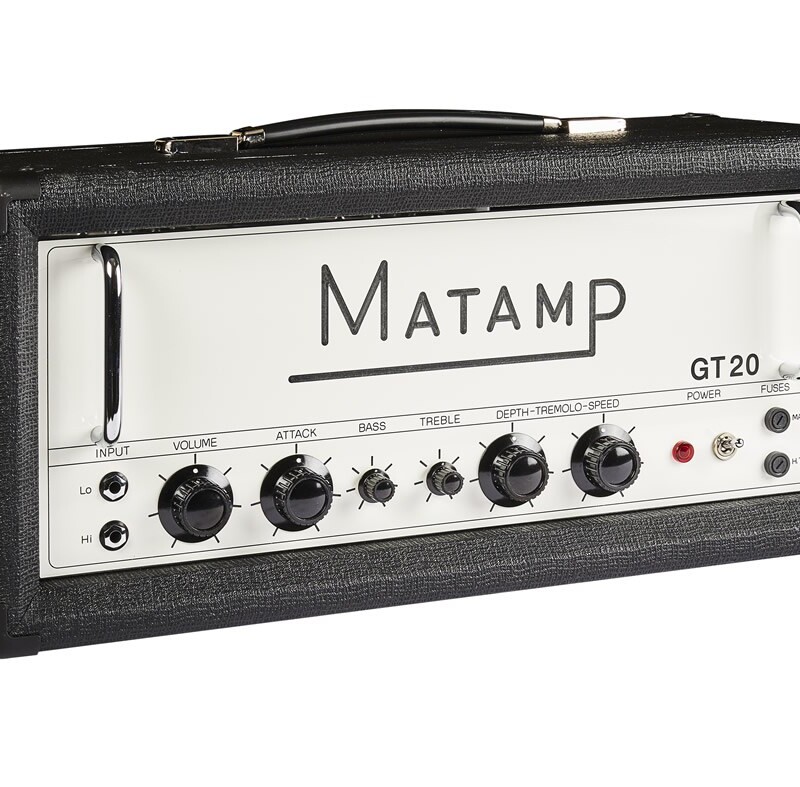 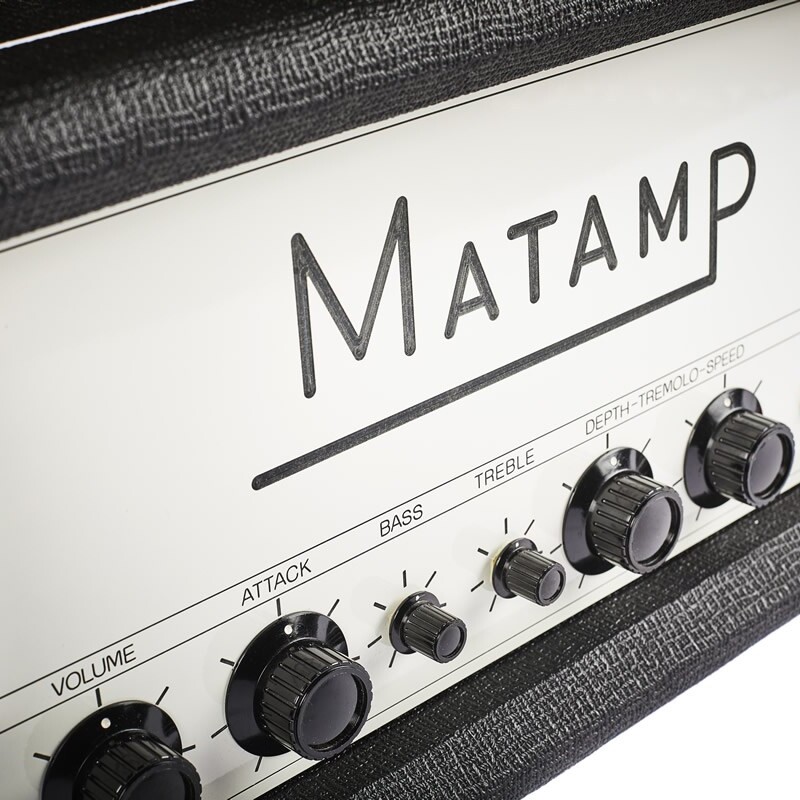 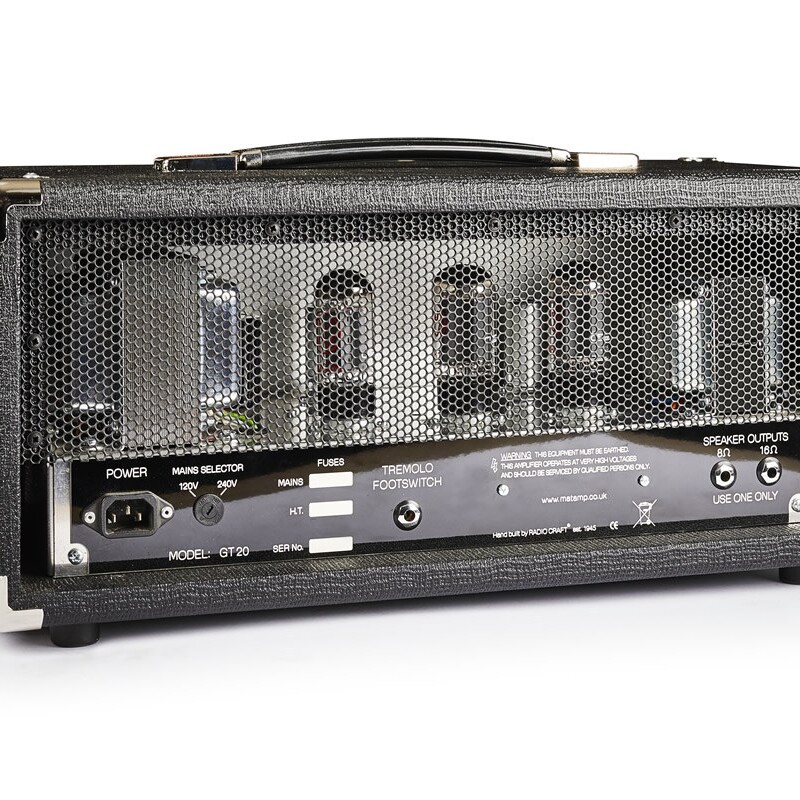