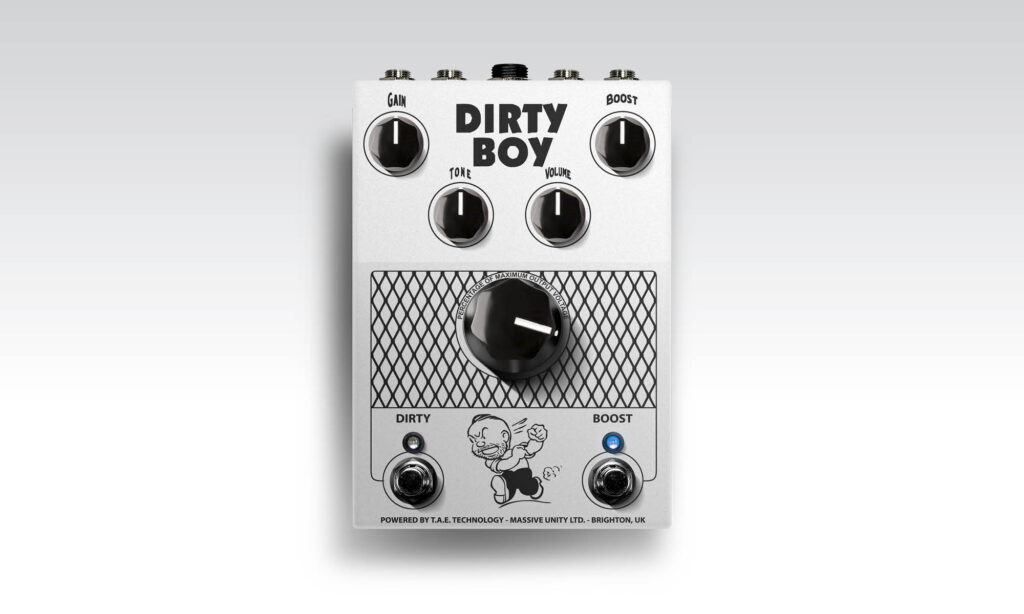 The results from the Dirty Boy, were huge, thick overdriven sounds, that didn’t just sound authentic, but when cranked through a loud P.A. felt very lifelike, with all the detailed response and nuance to pick attack that we associate with real valve amplifiers.

Does exactly what it says on the tin.

Based on the classic amplifier designed by Alex Saraceno and used by legendary Blues Saraceno, DIRTY BOY is a fully analogue amplifier simulator for LINE connection, a highly detailed preamp to your amp´s FX LOOP, or even an impressive tube sounding booster/overdrive to your amp´s input. Phil Short tells us more.

The Dirty Boy! Awesome distorted filth that will keep any gain junkie happy, with copious amounts of chunky, chewy overdrive that will turn the politest of amplifiers into a fire-breathing monster.

Designed by engineer and session guitarist Danny Gomez, the Dirty Boy is designed to replace the pre-amp section of your amplifier, or be used as a direct box straight into a recording interface or direct into a mixing desk for silent stage situations.

The T.A.E. technology (proprietary tube amp emulation) is an original design by Danny Gomez and his design team, that captures all the feel, nuance and response of a real tube amp.

The pedal features several useful outputs for a variety of situations. There is an emulated line out, that has modeled a mic’d up 4x12 loaded with Greenbacks. It also features a separate pre-amp out, which is designed to work with the power section of an amplifier or run into a power amp and Impulse Response (IR) modelling. There is also a remote input so that you can operate the pedal from a switching unit such as Gig Rig G2 or a BOSS ES8 controller and it’s powered by a 9v center negative adapter, so you can easily integrate it into a pedal board set up.

Running the preamp out into a Two Notes Torpedo live gave us stunning results. The torpedo runs power amp simulation (we used EL34s) and ran a Celestion cream back 65 IR.

The results from the Dirty Boy, were huge, thick overdriven sounds, that didn’t just sound authentic, but when cranked through a loud P.A. felt very lifelike, with all the detailed response and nuance to pick attack that we associate with real valve amplifiers.

The pedal features a second gain stage for boosted overdriven tones, which can be used to take a mild overdrive into a thicker, crunchy territory, or take an already high gain base tone, into searing saturation for a full-on lead sound.

A significant and unique feature of the pedal is the Variac simulator control. This emulates a change in the voltage an amplifier receives, which enables the amp to saturate further at a lower volume, something that Eddie Van Halen did with his early Marshalls.

In operation, it essentially affects the amount of compression there is in the tone, which is a cool feature. Depending on how hot your pickups are, you can adjust the Variac control to increase the feel of compression under the fingers for a more saturated tone if desired. If you max out the control, you do however experience a loss of volume, so this control needs to be used with some careful consideration.

Finally, we ran the pedal from the emulated output directly into the desk. It offered a surprisingly good sound, a little more compressed sounding than the previous setups and not as chunky in it’s feel under the fingers, but if push came to shove and you were forced to go straight into the desk in a live situation, the Dirty Boy would have no problem getting you through the gig. 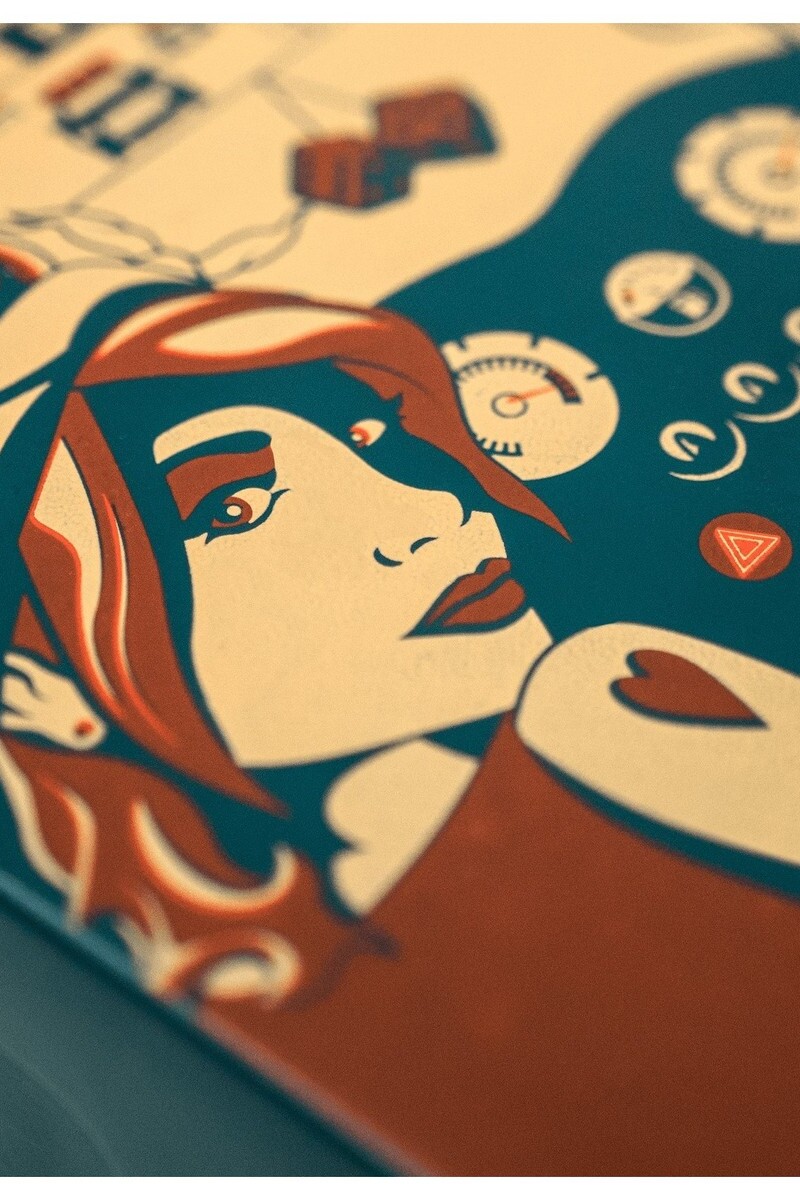 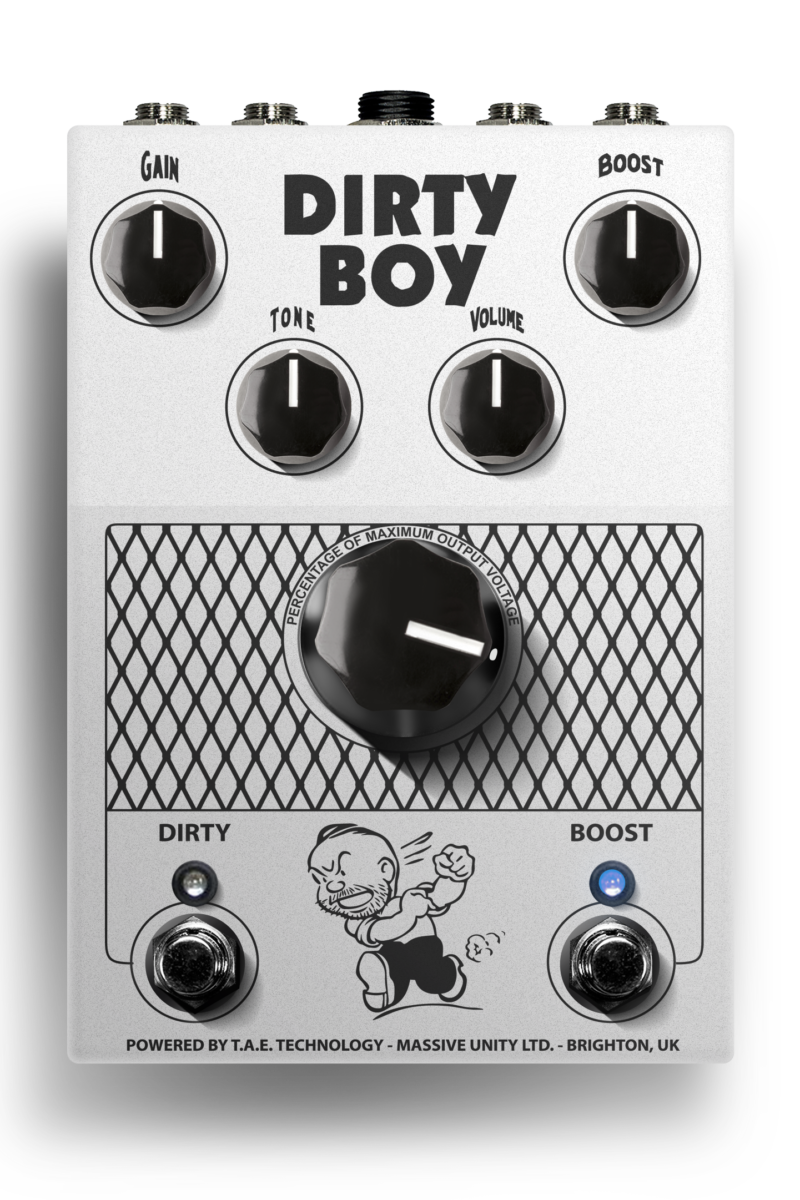 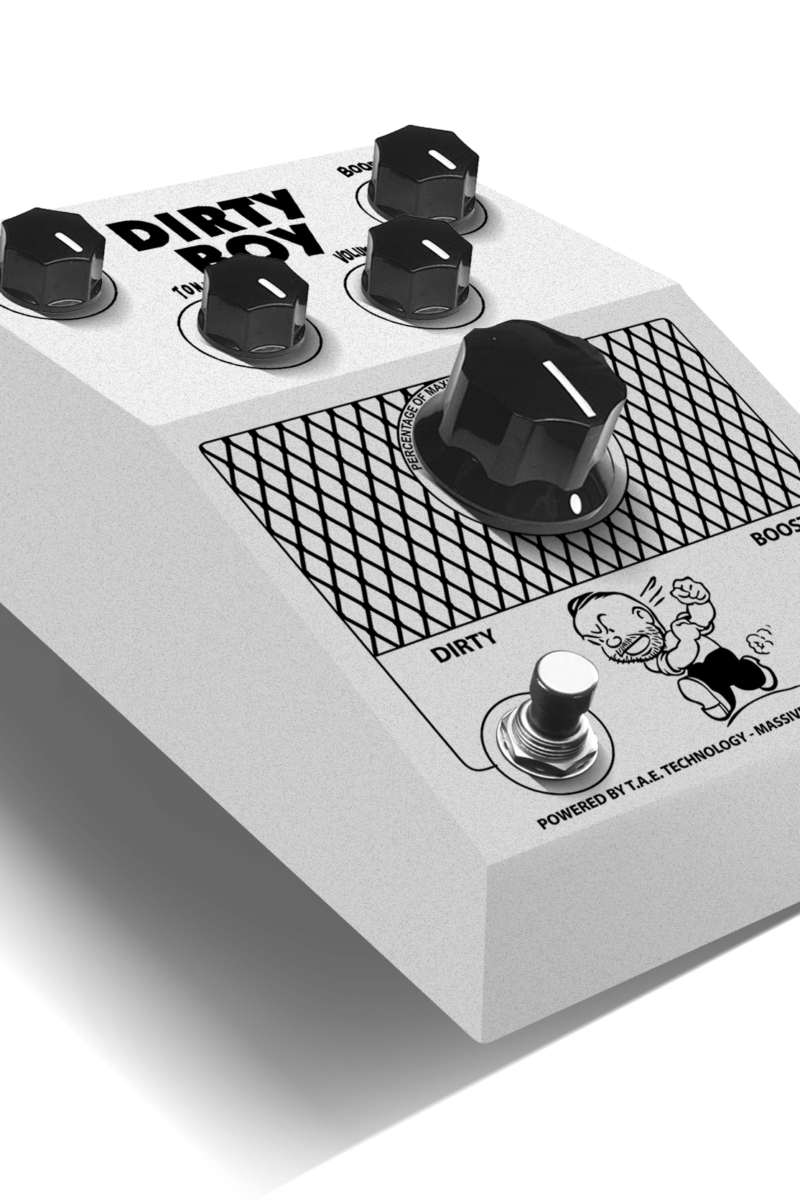