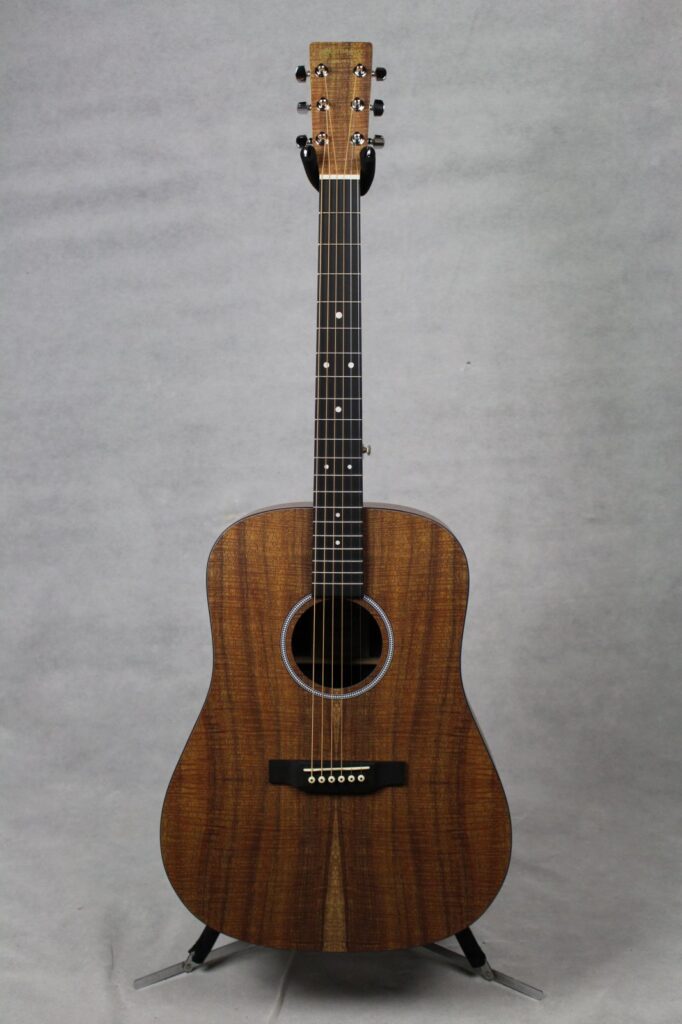 Two great acoustics with their own distinct personalities.

Workmanlike aesthetics may not be fancy enough for some…

HPL back and sides

As much as I love looking at Martin’s exceptional high-end guitars, they’re not exactly within reach for the majority of guitar players. Fortunately, Martin’s X Series instruments offer a very affordable way to get your hands on a guitar made with almost 200 years of innovation and expertise.

The X Series lineup is like a Martin “greatest hits”, with D, 0, 00, 000/OM and GPC body styles offered in a variety of woods including all mahogany, mahogany/spruce and koa. Prospective buyers are spoiled for choice, but the options can be a little overwhelming unless you’re already familiar with both Martin’s model history and acoustic guitar construction in general. With this in mind, we decided to take two of the most iconic styles in the range and compare them - the all mahogany D-X1E dreadnought and the smaller-bodied spruce/mahogany 00-X2E.

With a larger dreadnought body and all mahogany construction, I’d expect loud projection and a warm, thick tone from the D-1XE, and it certainly doesn’t disappoint. Laying in with a heavy pick produces a full and rich voice with lots of authority. There’s still plenty of detail in the highs though, especially for softer moments with both flatpicking and fingerstyle playing styles. There’s a strong midrange presence, but it’s more of a low mid warmth than the upper mid sparkle the 00-X2E has.

00-X2E:
With it’s smaller body and sitka spruce top, the 00-X2E has a lighter and brighter tone than the D-X1E, and while it might sound a little less immediately impressive in head to head comparisons with it’s dreadnought-bodied sibling, the 00-X2E has the kind of upper mid detail and clarity that’s ideal for more intricate playing styles. It’s also great for sitting in a mix, where the low end of a dreadnought can be a little overwhelming. It’s also a little easier in terms of playability thanks to the smaller body style and shorter scale length.

Both guitars sport Fishman’s excellent MX pickup system. It’s a very simple system, with volume and tone controls tucked away in the soundhole along with a bright and accurate tuner that’s easy for the player to see while being hidden from your audience. This is a very useful addition even when mic’d up in the studio, and saves having a clip-on tuner or a large preamp cut into the side of the guitar’s body. The pickup itself is very natural sounding, with an even dynamic range that allows you plenty of room for expression without loud notes taking the listener’s head off.

Either of these guitars would be a fine choice for any guitarist, whether you’re a beginner looking for your first proper acoustic, a gigging musician looking for a great sounding guitar that you won’t be afraid to play live, or even an experienced player looking to add another flavour to your acoustic arsenal.