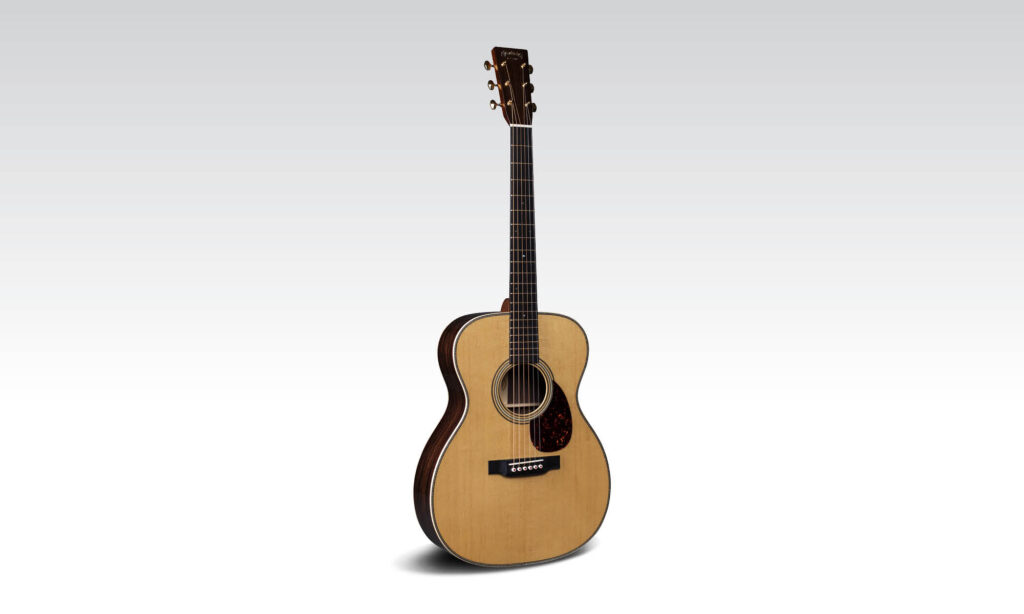 Nick Jennison takes a closer look at the OM-28 Modern Deluxe from Martic Guitars. Packed with custom features and modern technology, it's the brand's new take on Martin classic.

If you’re unfamiliar with Martin’s body shapes, the OM28 is a mid-sized, fairly shallow body with a pronounced “waist”. From my tastes, it’s about perfect, sitting between thunderous-but-bulky dreadnoughts and dainty parlour shapes. It’s super comfortable in both regular and classical playing positions, and it looks timelessly elegant.

Playing comfort is the name of the game with the Modern Deluxe series, and if you can get past the fairly hefty action height (we measured just over 3mm on the bass side at the 12th fret, and a hairless on the treble side) the OM28 feels superb. The chunky V-profile neck found on the Vintage series guitars has been replaced with a slim asymmetrical neck based on a 1930s OM45 (complete with the thinner fretboard found on guitars of that era). The profile still has a pronounced shoulder slope, but it’s more “slim boat-back” than a sharp V, with the apex offset slightly towards the treble side. It also feels very light in hand thanks to both the slim profile and the lightweight titanium truss rod.

Visually, the OM20 Modern Deluxe is stunning. The top is clean, and light without any “vintage” tint, and the rosewood back and sides are beautifully offset by the flamed maple binding. The headstock sports a classic 1930s style mother of pearl inlaid logo and six very handsome open-geared gold tuners.

Sonically, the OM28 is rich and complex, with detailed highs and a slightly “tucked” midrange. The slightly stiffer bracing offers lots of sustain: perhaps at the cost of absolute projection, but there’s still plenty of volume available, especially if you really dig in with a firm pick. Interestingly, the entire dynamic range of the guitar is very tonally consistent. There are no barky or boomy tones when you start to wind up the intensity, and there’s no loss of definition or warmth during more delicate passages. I think the best way to describe the tone is “silky”.

The Martin OM28 Modern Deluxe is a superb update to their production guitars. It looks stunning, feels plays very comfortably and handles any playing style with grace. It even smells good! While the hefty list price represents a serious investment, it’s much easier to justify the cost given how good this guitar is. 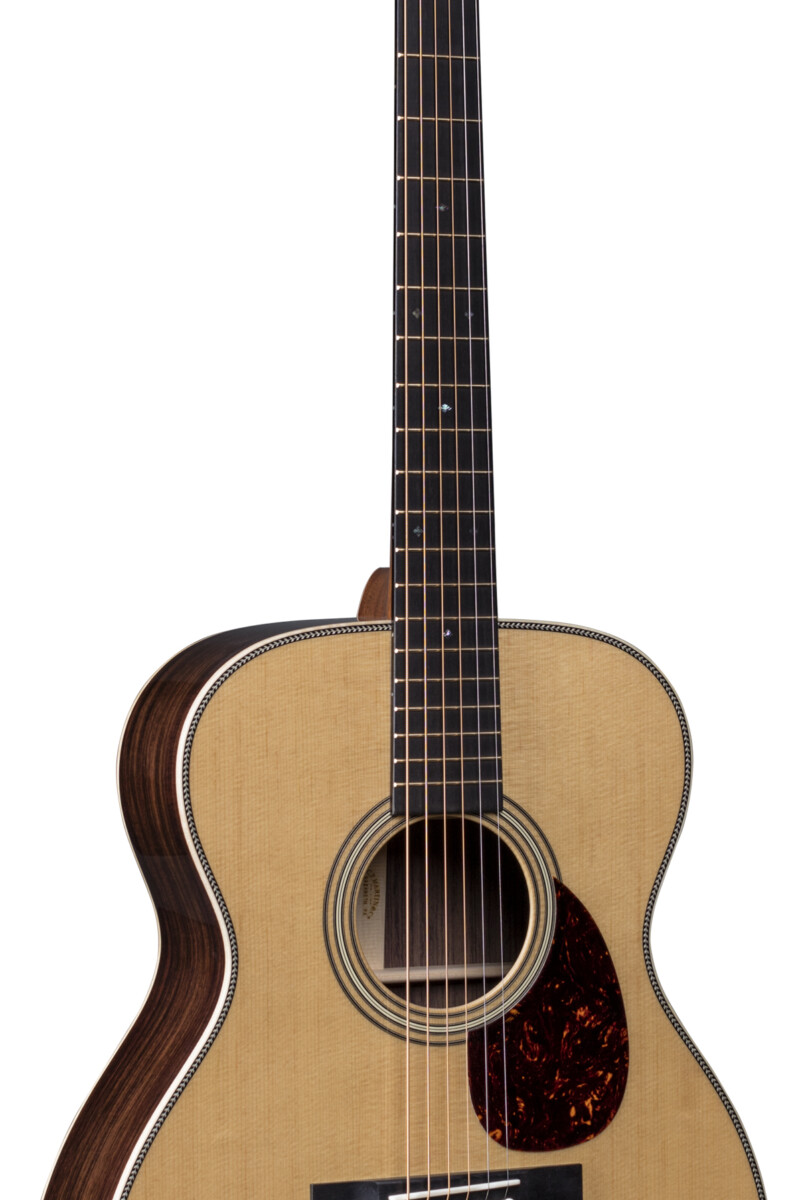 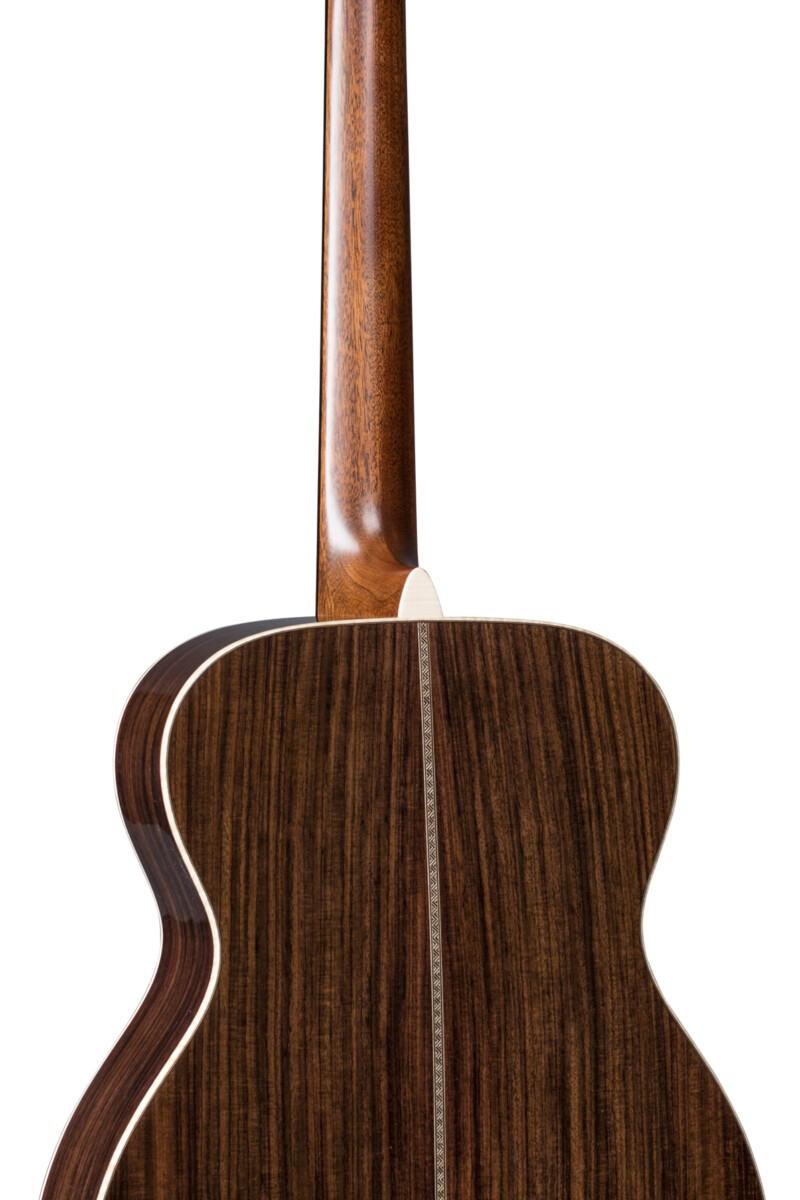 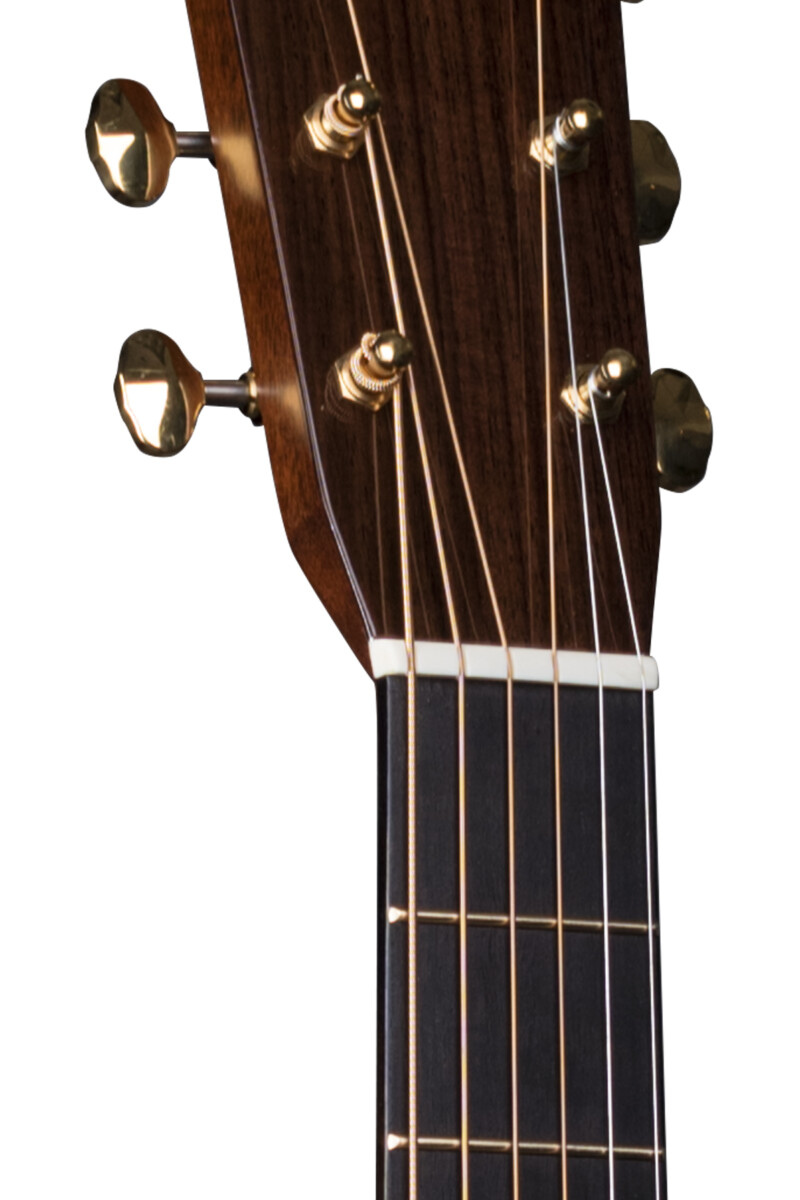