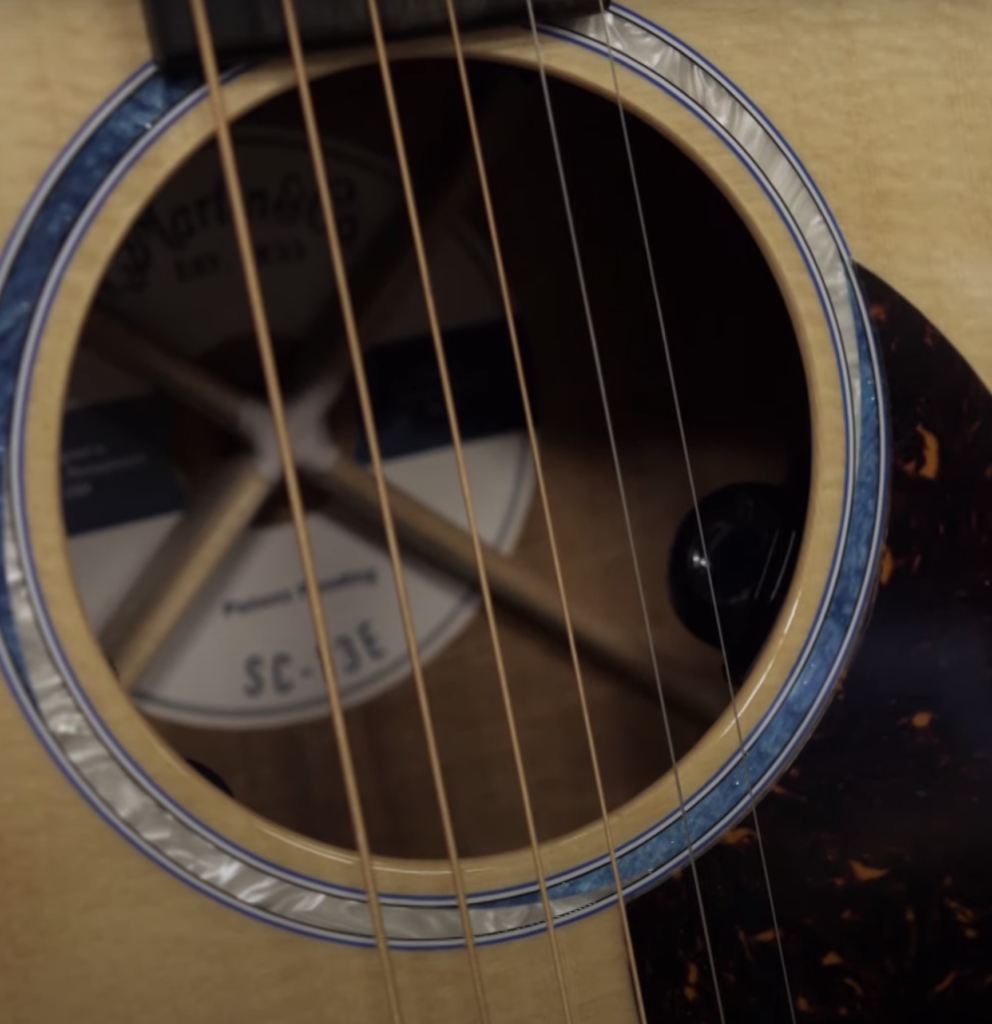 Martin guitars return to the pages of Gi with arguably the company's most significant release since they created the dreadnought. With its offset cutaway shape and innovative Sure Align neck joint, the SC-13E is a bold new direction in design for the company, but does it live up to the hype? Here's Tom Quayle with his in-depth review.

As far as acoustic guitar lineage and history goes, you'd struggle to find a more iconic and influential company than Martin guitars. Such is their authority and impact on the acoustic guitar market over nearly two centuries that their classic models have become the benchmarks by which many other manufacturers and players gauge their own instruments. This has certainly led to Martin having a focus on maintaining and cultivating the vintage designs that have brought them such praise, whilst innovation has taken somewhat of a backseat – not a bad thing at all when your history is so strong and still immensely successful and popular.

Of course, Martin has been innovating, as shown by our recent reviews of their Modern Deluxe series. But, the core components of body shape, wood choices and construction techniques have remained historically bound for decades now. At NAMM 2020 Martin unveiled something completely different, the SC-13E; possibly the most innovative acoustic guitar to be released in years, if not ever.

Unlike any other Martin in the past, the SC-13E utilises a brand-new body shape and construction techniques to produce a guitar that is primarily designed as an electric instrument without sacrificing the acoustic tone that Martin is so loved for. Other manufacturers have tried this in the past, creating 'hybrid' designs that all too often overly sacrifice the acoustic tone, look and feel in favour of 'plugged-in' performance. The SC-13E is the first guitar that gets this balance just right and is an incredibly exciting instrument to play and admire.

The first thing you notice upon taking the SC-13E out of the included softshell case is that deep cutaway. It tails away from the neck at an obtuse angle, offering upper fret access that rivals that of an 80's Super-Strat. Martin has created an entirely new neck joint, never seen before on an acoustic guitar, that removes the heel, utilising a 'bolt-on' type setup called the 'Sure Align Neck System'. You can now reach up to the 20th fret with more ease than many electric guitars allow, while left-hand comfort remains supreme throughout the guitar's range. This is thanks to a subtle, progressive neck taper that guides your thumb around the back of the neck as you progress up the fretboard towards those previously un-playable upper frets. The neck feels very similar to an electric guitar thanks to the low-profile velocity design, to the point where you can genuinely shred and play longer without fatigue on this guitar, even with heavier gauge strings.

The innovation doesn't end there though, as Martin has designed a brand-new a-symmetric body shape that provides a more balanced output, thus reducing feedback when the guitar is on loud stages. It works wonderfully whilst still providing superb, pure acoustic tone that would be worthy of any traditional Martin. Martin demonstrated the guitar through a pedalboard and Marshall-style stack at their NAMM presentation, and the results were convincing to say the least. Keeping somewhat with tradition, the SC-13E features a solid Sitka Spruce top and Koa veneer back and sides. The Koa veneer provides a stunning look to the guitar whilst keeping costs affordable – a huge positive here, since we have a feeling the SC-13E will be very popular with live musicians.

Visually, the guitar looks very much like a traditional acoustic, albeit with some striking shapes at play in the design. The subtle blue in the Rosette and fretboard inlays give the SC-13E a classy edge, but there is nothing here that would make this guitar look out of place in even the most traditional of musical settings.

Martin has included the popular and excellent sounding Fishman MX-T electronics in the SC-13E, providing a hidden chromatic tuner mounted in the lower part of the soundhole and volume and tone dials in the upper part. The acoustic tone provides excellent projection and tonal balance with a strong low-end presence and plenty of sustain. There is none of the 'plasticky' tonal nature often associated with other electric-minded acoustic designs on the market. Plugged in, the SC-13E really comes into its own, allowing you to take on the playing mindset of an electric guitar whilst having the tone and volume of a great acoustic. It's a truly liberating experience and makes you wonder why you've had to struggle and compromise for so long.

Martin has achieved something that no other company has been able so far. They have genuinely created a fantastic, hybrid Acoustic-Electric guitar, combining their incredible heritage with modern innovation, for an instrument that will change the way many players approach their acoustic playing and performance. Amazing stuff and we can't wait to see what's next with this design!