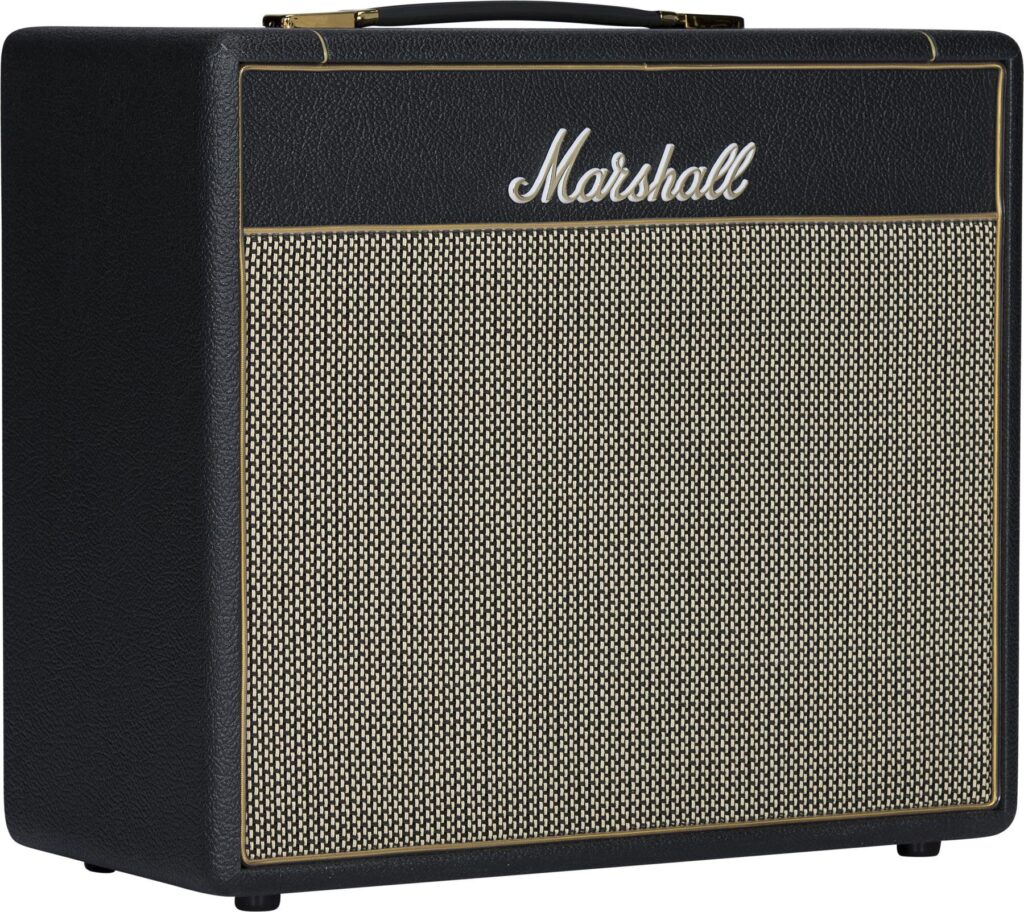 It's a plexi, only quieter!

Plenty of volume for gigging.

Would benefit from a 12" speaker.

2 channels with High and Low inputs

Nick Jennison takes a closer look at the Marshall Studio Vintage SV20C Guitar Combo Amplifier. A compact but powerful combo designed to replicate the classic Marshall 'Plexi' sound of the Super Lead 1959 yet versatile enough to allow you to recreate the sound of guitar heroes in the studio and at home.

Let's play a game of word association. If I say "Marshall," which word immediately springs to mind? For many of you, that word will be "Plexi". Rightly so - the image of a 1959 Super Lead atop a pair of 4x12s is enough to set any guitarist's heart a-flutter.

Not that practicality should get in the way of a roaring good time, but players that have spent any time with a real Super Lead can attest to the limitations of such a setup. For one thing, they only really deliver "that" sound when they're 'REALLY loud. For context, I once played a gig where another guitarist had his plexi so loud I could barely hear the monitors. If that doesn't sound so unusual, perhaps I should add that he was in a different venue, downstairs from the one we were playing in.

So what's a guitarist to do, burdened as we are with noise limiters and fitting our gear into the back of the family hatchback? Well, Marshall might have the answer with their Studio series of amps. Loving recreations of three of Marshall's most beloved designs, but re-imagined as 20-watt heads and combos. The team at Marshall have resisted the urge to load these amps up with new features and modes - they're as near as makes no difference the original amps, only smaller and quieter.

The Studio Vintage is, in essence, a 20w version of the 1959 SLP, and its voice is as "Plexi" as it gets. The searing bite of channel 1 and the muted thump of channel two are presented in all their original glory, and jumping the channels yields all the subtle blends you'd expect to find. With the right guitar and a little bit of fiddling, you'll find shades of Hendrix, Page, Clapton, Kossor, and Angus. Throw the right pedals, and you've got Yngwie, Gary and countless others.

As you'd predict, the tone controls don't do a whole lot to sculpt the sound, but that's exactly how the originals are. However, plugging into channel 2 and running the volume lower does provide a fantastic warm voice for pedals. For the best results, you'll want to wind things up though. The onset of overdrive is fast, reaching full output at between 10 and 11-o'clock on the volume's travel (depending on your guitar), and while this level is nowhere near the paint-peeling volume of the original amps, it's definitely not "quiet". There's easily enough volume to clear the loudest of drummers, but not so much as to completely drown to the whole band. It's a very stage-friendly level, but if you're expecting to crank the SV20C in your apartment, I'd recommend the 5w power mode. Even then, it might be a bit too loud for your neighbours, but it's far less likely to get you arrested!

The combo model we're looking at today comes loaded with a single 10 inch Celestion V-Type, and while this is an excellent speaker with a distinctly "vintage" flavour, I found myself pining for the roundness of a 12" speaker. 10" drivers have a certain "character" that's fabulous with some amps, but for me a Plexi isn't one of them. Fortunately, it's a simple task to run the SV20C through a larger cabinet, where the amp really shines.

The only other nods to modernity are an FX loop and a DI output. The FX loop is a very clean and quiet design, it won't do much to keep your effects clean if you're cranking the power amp valves - and if you're not, you'd be as well running all your pedals into the front of the amp.

All things considered, Marshall has done an absolutely sterling job with the Studio series - they've given players exactly what they want and nothing they don't, in a package that's manageable, fairly affordable and suitable for most musical occasions. Highly recommended. 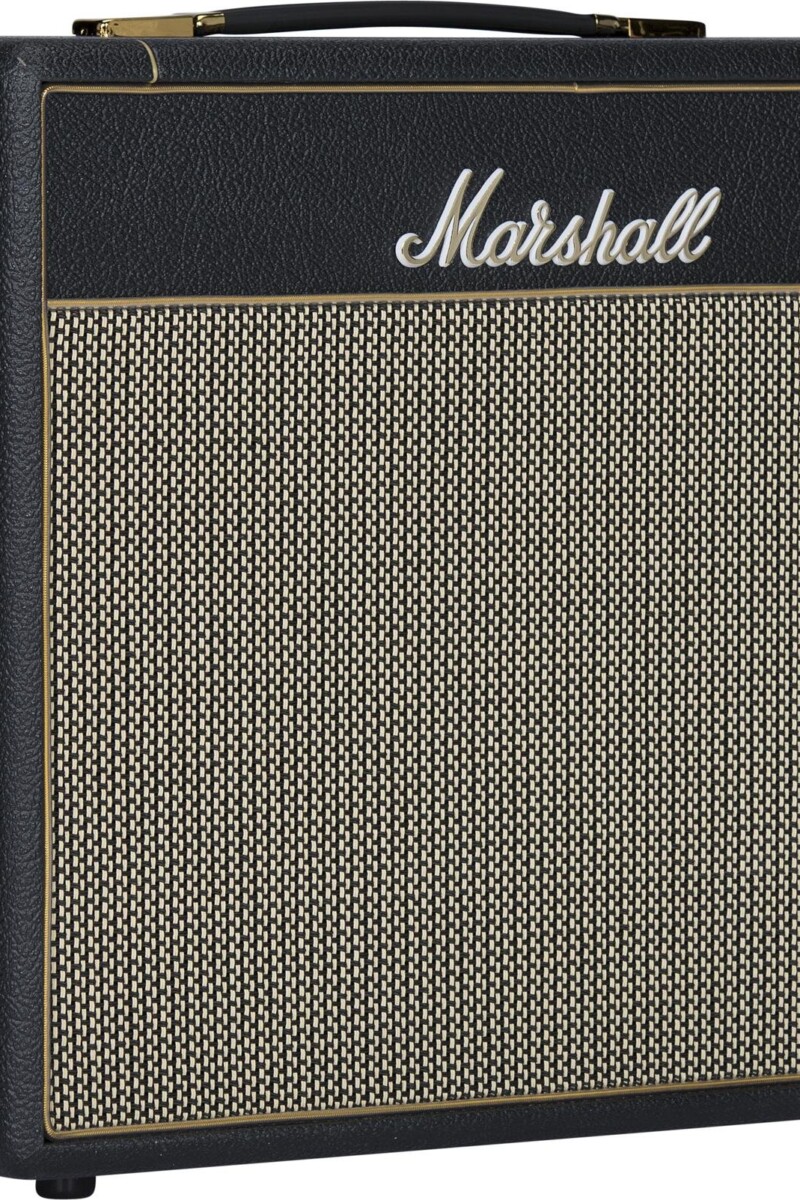 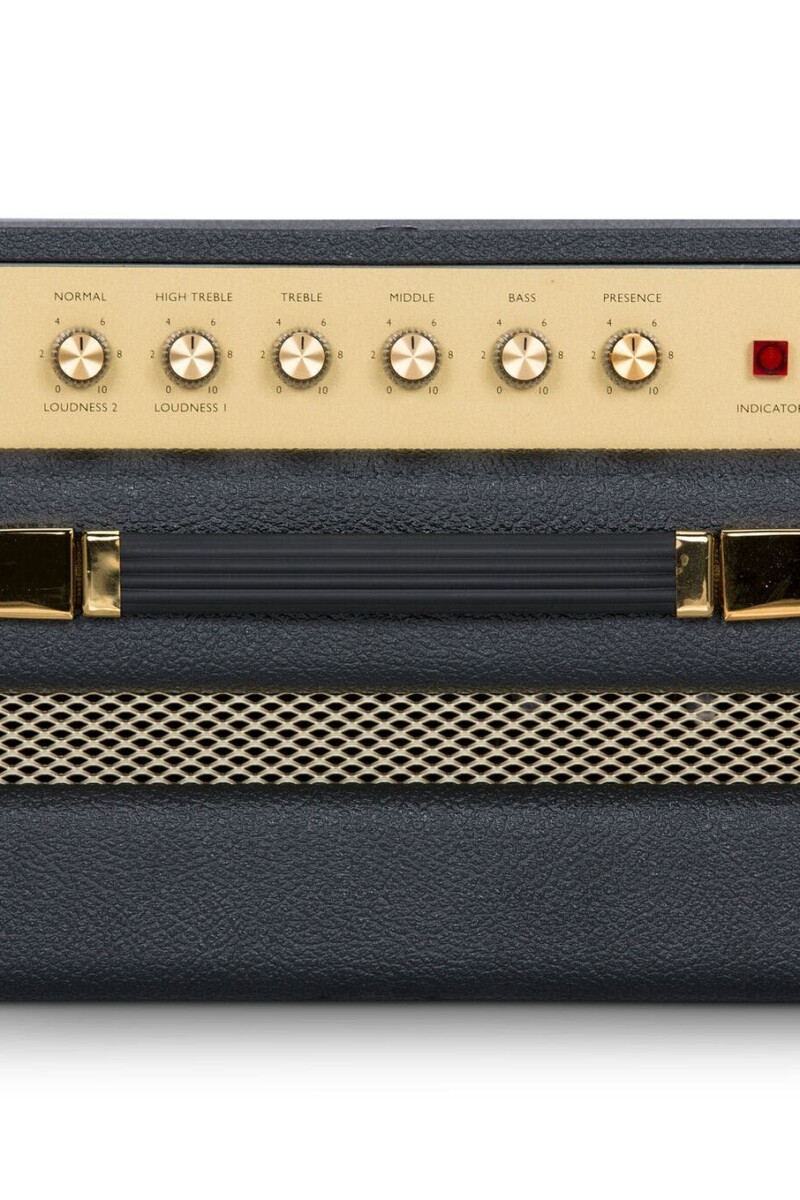 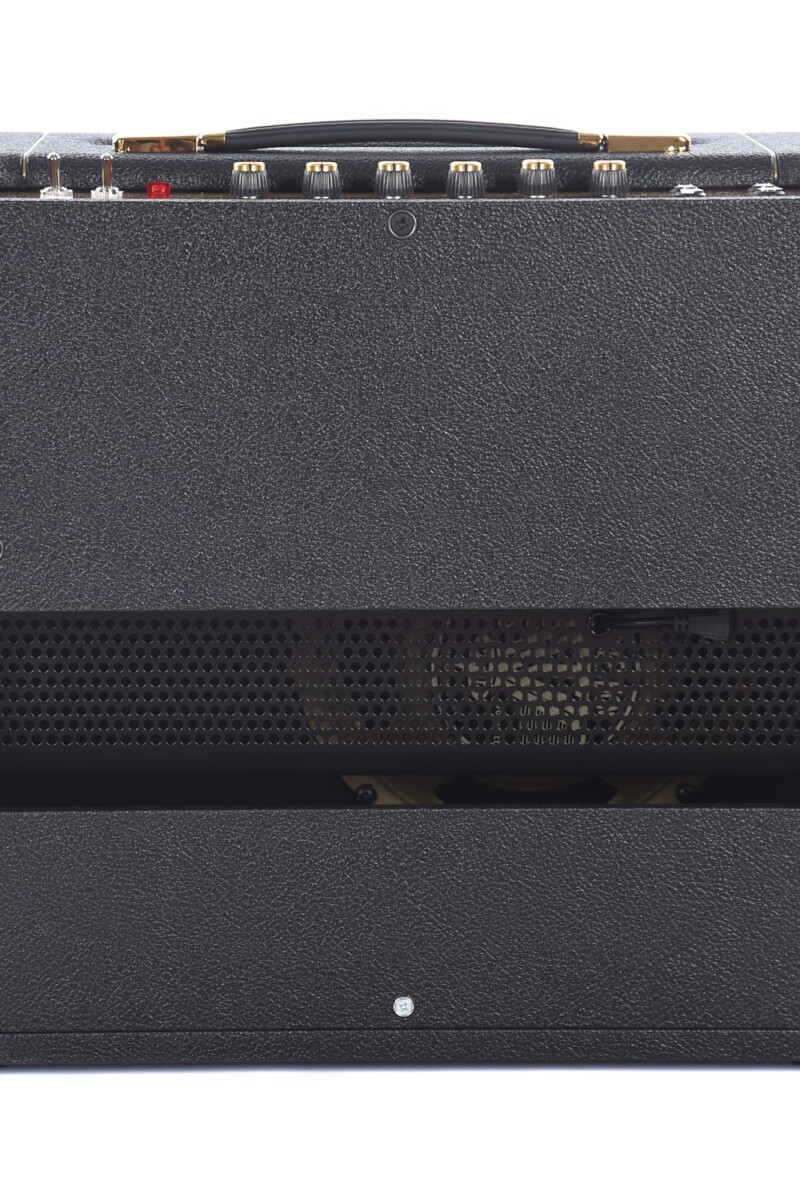