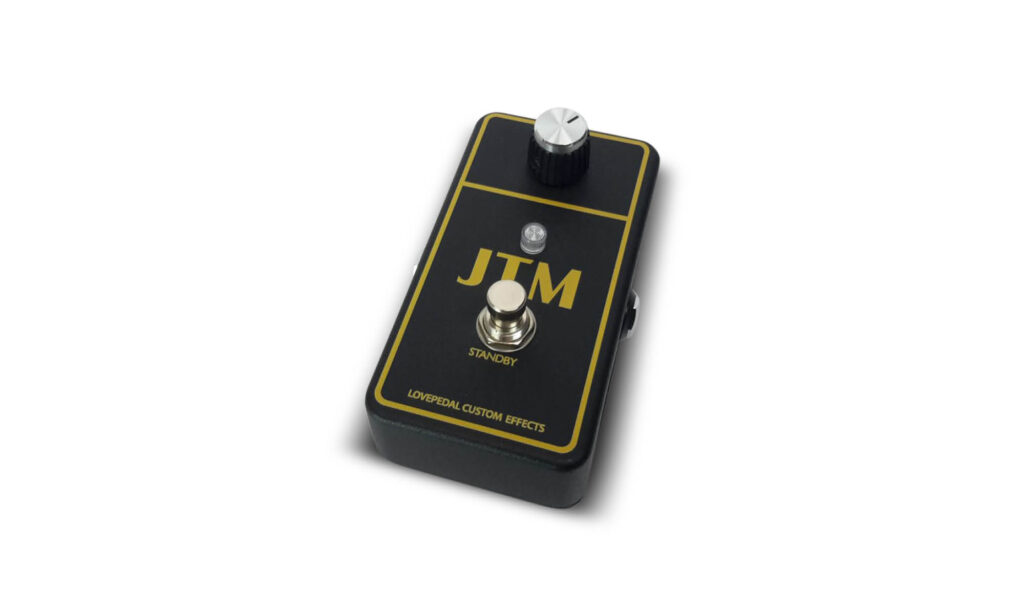 Set low, there isn’t any breakup to speak of, but there is a subtle “vintage amp” flavour which would be excellent for stacking with fuzzes and overdrives.

Authentic representation of the JTM45 tone

As simple to use as it gets.

Very dynamic and responsive to your playing style.

Won’t do the tight “plexi” thing.

One knob design might not appeal to the tweakers out there.

Iconic mid-60′s British era type tones from a pedal with just one control, surely not? Nick Jennison gives us the full rundown.

The venerable Marshall JTM45 is a very important amplifier. Based on a Fender Bassman but with whatever parts were readily available in the UK, including a higher gain 12AX7 in the crucial first gain stage and KT66 power valves (unlike the EL34s found in later Marshalls). The tone has more sag and less bark than the iconic 1959 “Super Lead,” and sits somewhere between a blown out tweed and the tight spank we typically associate with “plexi” amps.

Of all the players we associate with a JTM45, perhaps the most iconic is Eric Clapton. Seeking an amp, he could fit in the boot of his car, the combo that became known as the “Bluesbreaker” was responsible for the era-defining tones of the “Beano” album. Now, thanks to Sean at Lovepedal, you don’t even need a car to get your Bluesbreaker tones to the gig - you can fit it in your pocket!

Housed in a sleek black and gold textured enclosure with a single Marshall-style knob, the JTM is about as simple as it gets. You turn it on, turn it up and rock out. While the lack of options fills a tweaker like me with anxiety, it’s actually a very liberating experience in that it forces you to take a more old-school approach. The JTM is very responsive to subtle changes in your picking hand touch and the controls on your guitar, and if you’re sensitive and creative enough you can eke out a huge variety of tones without even touching the pedal’s lone control.

While it essentially functions as a gain control, the single knob actually adjusts the bias of the pedal’s clipping stages (which is why it crackles as you turn it). Set low, there isn’t any breakup to speak of, but there is a subtle “vintage amp” flavour which would be excellent for stacking with fuzzes and overdrives. As you increase the gain, the tone compresses harder but stays pretty clean until about 3 o’clock. Like the amp that inspired it though, the real magic is when you turn it all the way up. Past 3 o’clock the pedal suddenly blooms into a beautiful hazy distortion that’s loose and thick with a pronounced grain. There’s not a massive amount of distortion on tap, but certainly, enough for bluesier solo passages and classic rock riffing. Don’t expect the tight low-end thump of a “plexi” style pedal though (such as Lovepedal’s own Purple Plexi). The bottom is full, and neck pickup notes on the low strings can even get a little wooly at times. This was most noticeable when using the PRS McCarty Soapbar with its thick hot P90s. The tighter-voiced humbuckers of the Custom 22 fared a little better. The sag is all part of the vintage charm of this pedal though.

All in all, this is a great sounding little box, with tons of character and an authentic “Bluesbreaker” delivery. We’re already spoiled for choice when it comes to SLP/800 voiced pedals, so the slightly different Marshall flavour the JTM offers is a very refreshing change, and if you’re into the iconic tones of 60s British blues-rock, then this is a no-brainer. 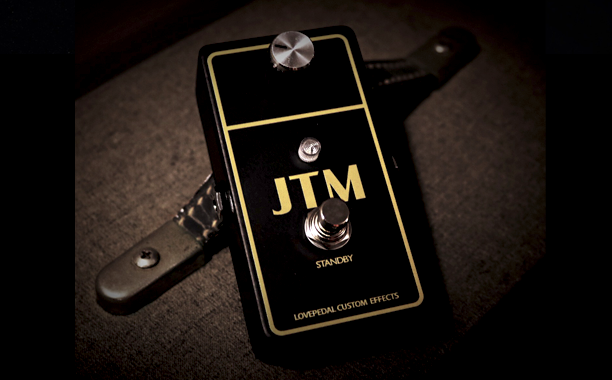 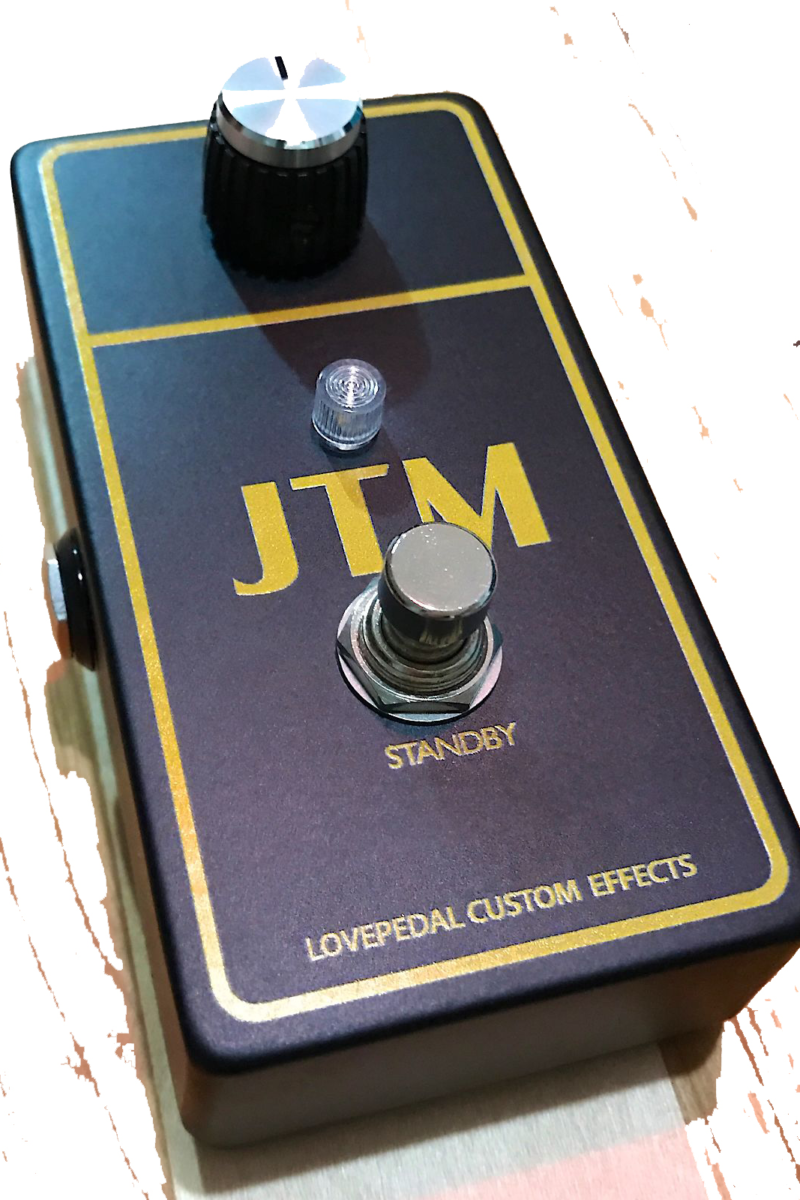