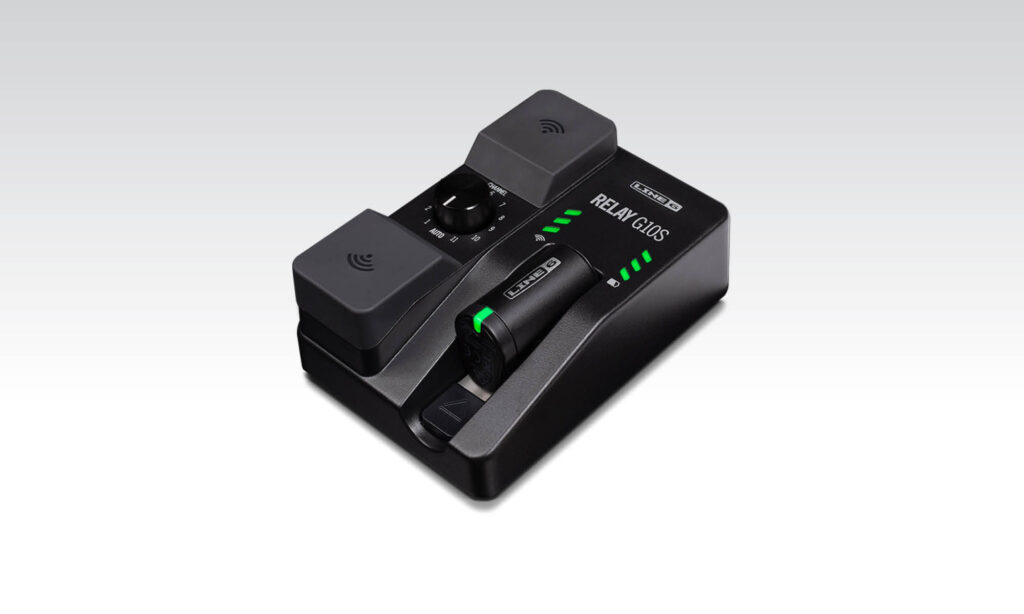 The convenience and reliability of the G10 in a pedalboard-friendly format.

Don't forget to recharge the transmitter!

Nick Jennison reviews the latest member of Line 6's Relay Wireless family; the Relay G10S wireless system. Renowned for their reliability the Relay G10S features a rugged metal stompbox receiver that easily integrates into a pedalboard, as well as simple plug-and-play operation and up to 8 hours of playing time on a single charge.

Line 6's Relay series might be the most popular - and in my opinion, the best - "prosumer" wireless systems in the world. While they weren't the first to produce digital wireless systems, their revolutionary G30 brought the technology to the masses. It bridged the gap between cheap "consumer" wirelesses and massively expensive "pro" systems and solved a number of issues along the way. Gone were complicated setup procedures, dynamic-destroying companding, restricted frequency response (particularly with bass guitar) and interference from nearby taxi ranks/air force control towers.

Released in 2016, the Relay G10 did away with the "beltpack" format transmitter in favour of a rechargeable "dongle" style that plugs directly into your guitar's output, with a desktop/amptop receiver that also charges the transmitter. The G10S is the same technology, but in a much smaller pedal format.

The transmitter arrived un-charged, but reached one bar of charge (good for about an hour of playtime) in 10 minutes - good news if you forgot to charge your transmitter ahead of the gig! The charging process also pairs your transmitter with the receiver, with 11 channels available. There's also a cable tone switch, offering the kind of high-end roll off you'd get from a typical 10' or 30' cable.

In use, the Relay G10S performs very well indeed. The transmitter fits into the output of every guitar we had lying around (including strats, teles, my Silver Sky and even the recessed input on an Ibanez AZ), and has a small spring-loaded pin that powers the transmitter on and off. It even powers off silently when you unplug it from your guitar - no bang or pop, just pure silent operation. The tone is indistinguishable from a cable to my ear, with no additional compression or changes to the frequency response of your guitar. What's particularly impressive is how difficult it was to make the G10S start dropping out. It was perfectly happy with my phone right next to it, and it wasn't until I put the phone directly on top of the receiver's antennae that it started misbehaving!

The Line 6 Relay G10S is a fine addition to the excellent Relay series. It sounds totally transparent, with no noticeable latency and rock-solid performance 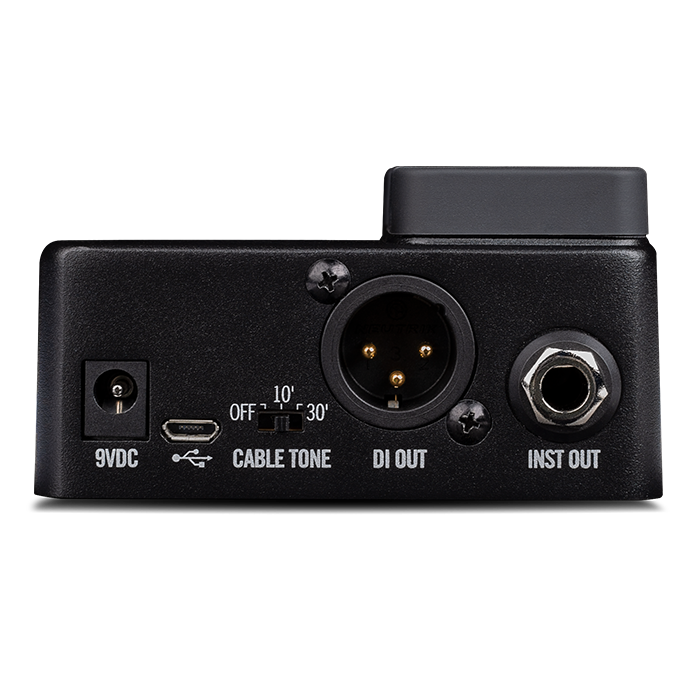 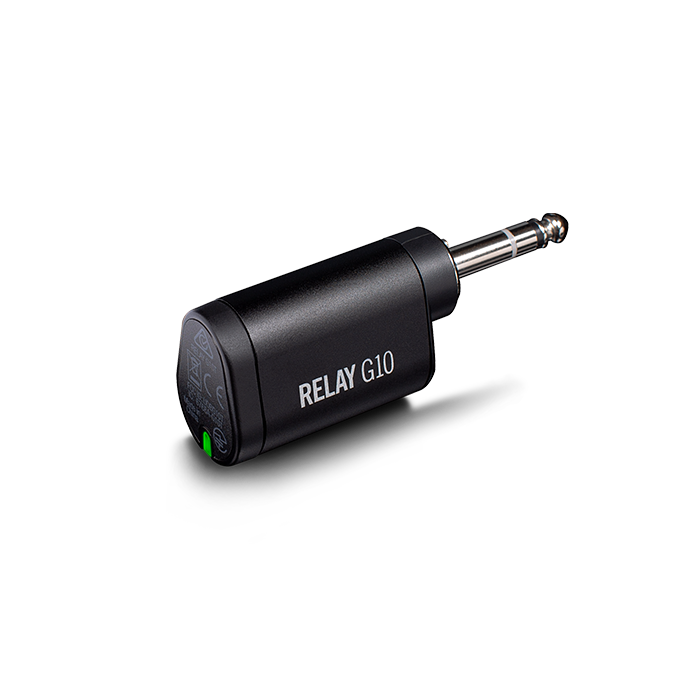 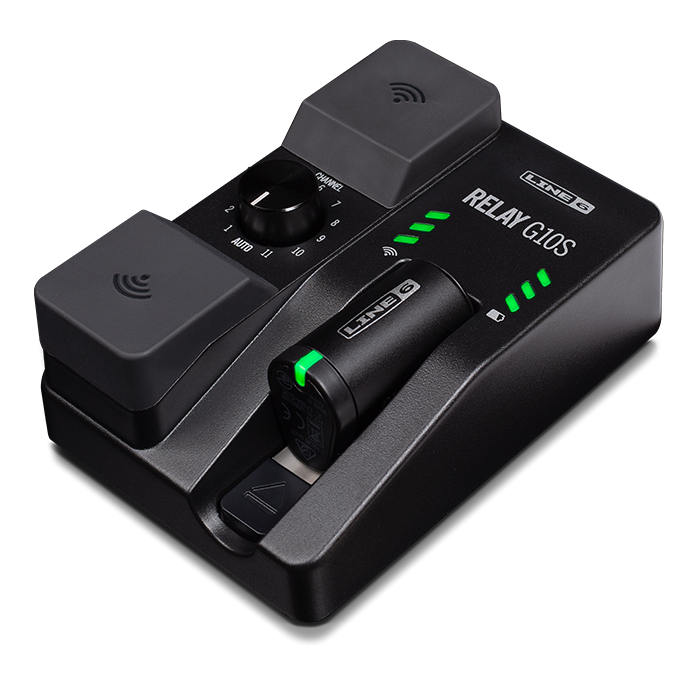