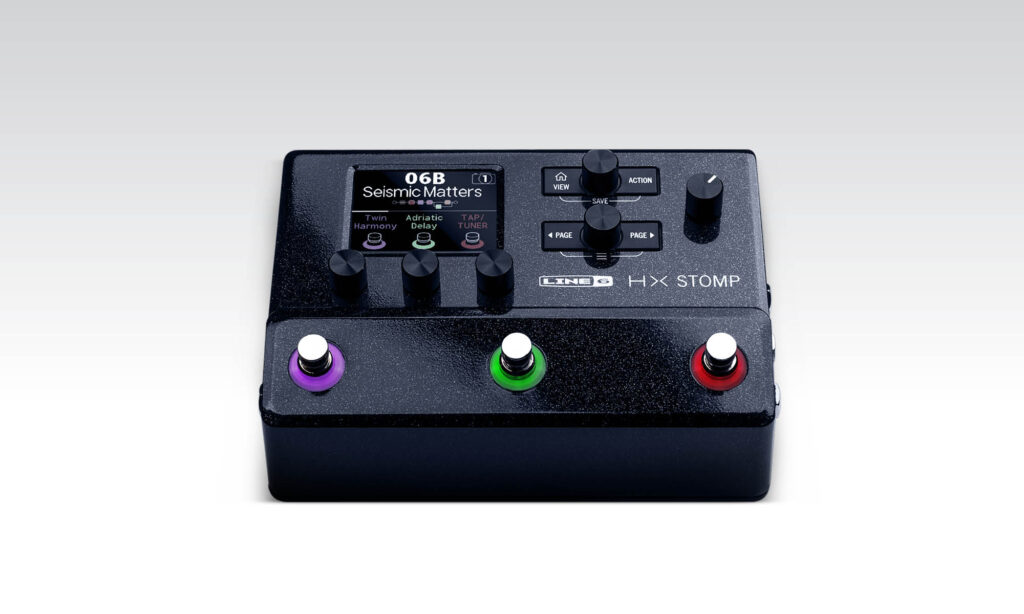 Contained within its diminutive shell are all 300 sounds found in it’s bigger siblings - including the amps, preamps and cabs, setting it aside from the similarly-priced HX Effects.

Integrates with your gear in a variety of useful ways.

UI not as friendly as the bigger models.

The power supply is bulky, with a non-standard barrel.

300+ effects and models from Helix, M-Series, and legacy Line 6 products

The brains and brawn of the award-winning Helix family comes to a board-friendly 3-switch stomp. Nick Jennison takes a closer look at the Line 6 HX Stomp, the ultimate standalone travel rig, a fully loaded modelling and FX engine to front-load an amp, and a capable audio interface with re-amping capabilities.

Released in 2015, the Helix represented a triumphant return to form for amp modelling OGs Line 6. Thanks to a combination of a highly intuitive user interface and tones that easily rivalled it’s more expensive competitors, the Helix became hugely popular with pros and hobbyists alike. Despite already offering the most cost-effective way to get into next-gen modelling, Line 6 followed up with the even more affordable Helix LT and HX Effects - each offering the killer sounds that made the original unit so popular, but in a stripped back package.

The newest member of the family is the HX Stomp, and it just happens to be the smallest and most affordable of the bunch. Contained within its diminutive shell are all 300 sounds found in it’s bigger siblings - including the amps, preamps and cabs, setting it aside from the similarly-priced HX Effects. You get all the clout of a fill-sized Helix, but in a package the size of a three-button Strymon pedal. The tones are as killer as ever, with the drive and modulation pedals being particularly impressive.

This format makes the HX Stomp perfect for integrating with your existing pedals, offering you near limitless sonic possibilities. Hooked using the 4 cable method, you can expand your amp’s tonal palate by swapping out your preamp for the HX Stomp’s amp models. It’s all a great direct-to-desk solution, either as a backup, a recording device (via the USB out), a practise tool, or even your entire rig!

The trade-off for all this power is in the user interface - it’s a lot more “cramped” than the bigger models in the Helix range, and navigating the HS Stomp is less intuitive than the original. The de-sign team have done a great job optimising the UI for this smaller format, but it’s still a compromise. Using MIDI to control the HX Stomp is definitely the way to go in my opinion. Combine it with a pedalboard switching system like a Boss ES-8 or a GigRig G2 and any tap-dancing woes evaporate.

The HX Stomp is also a little more restricted in terms of the sheer number of effects you can run at one time - six at a time being the maximum. If that seems a little restrictive, you might be better off with one of the bigger models, but for most players that’s more than enough - especially when it’s part of a larger pedalboard. As a “utility” pedal, six effects at once is five more than most “all in one” stomps offer, and with the comprehensive I/O, you can place these effects at two different points in your signal chain on a per-preset basis.

The HX Stomp is a flexible, powerful and great sounding pedal, offering superb Helix sound quality in a very convenient package. I’m certain we’ll see a lot of these cropping up on pro-pedal-boards in the not too distant future. 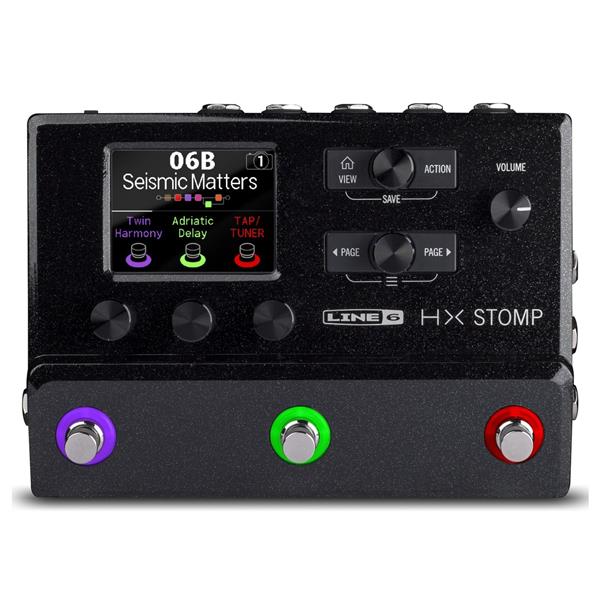 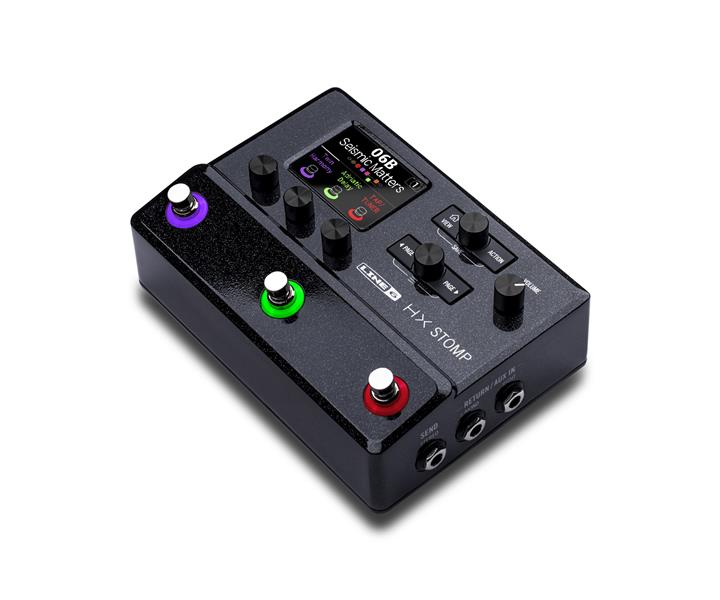 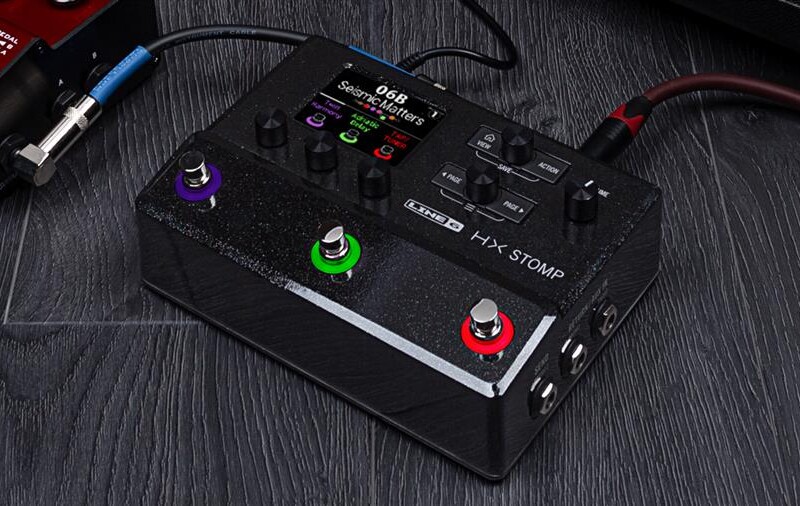 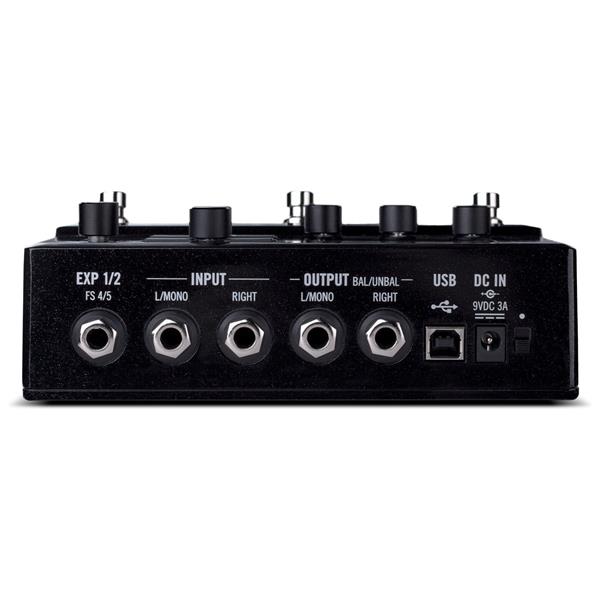