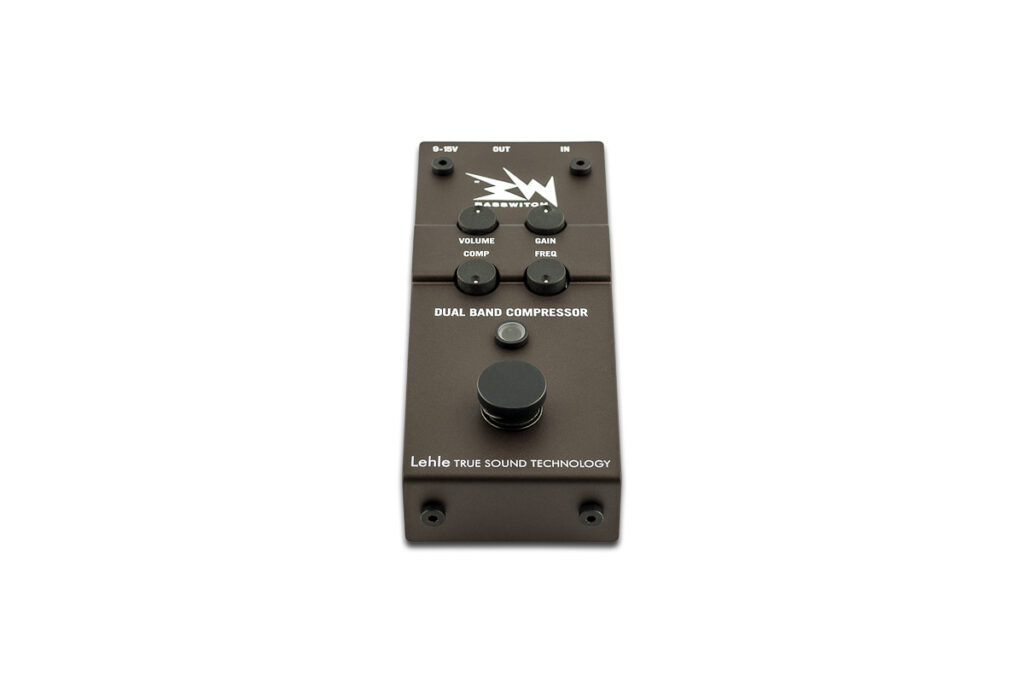 Pro players will probably already known Germany's Lehle - famed for its high quality switching systems. Now it has a Dual Band compressor too.

Pro players will probably already known Germany's Lehle - famed for its high quality switching systems. Now it has a Dual Band compressor too. Dan Veall's eyes lit-up like headlights when we handed it to him.

Lehle is already well known in pro audio circles for its super high quality, high fidelity switching systems so it comes as no great surprise that when it announced the RMI Basswitch Dual Band Compressor it caused a ripple of anticipatory excitement as the company has such an excellent reputation.

The first thing I must comment on is the shape and size, which will be unusual if you’re used to the world of MXR and Boss pedals for your effects pedal board! This might take some accommodating on the typical pre-moulded ABS plastic pedal board box, but I promise you it will be worth the effort!

This compressor is a ‘dual band’ unit, meaning it is able to control the dynamics of the bass and treble components of your instrument's signal separately.  In essence this means that in comparison to a single band ‘full band’ compressor, should you want to play a big hefty low B and some harmonics at the same time, the dual band compressor will treat these frequencies as two separate sounds, whereas a full band compressor can have its threshold swamped by the sheer power of the low frequencies, which in turn will mask the treble frequencies. I’d like to go in to far more detail, but I want to use this space to tell you about this pedal rather than the technology behind multi-band compression, which in itself could cover a few pages.

The long slender pedal is built like the proverbial tank and feels chunky in the hand. I would not expect this to give way under foot - in fact, I’m pretty sure you could chock lorry wheels with it quite safely!

All connections are on the top edge of the pedal, meaning other pedals can butt up against it without connectors getting in the way, thus pedals can be closer together saving pedal board width. Powered with 9-15v AC or DC via a standard socket at the top of the pedal means that it will easily match the power of your existing board supply or rack units.

The four controls on the top of the pedal govern the entire operation of the compressor, though Lehle’s labelling could be a little confusing if you haven't read the manual (always read the manual, don't do drugs, stay in school, wear sunscreen.)

Top left hand corner: this is the output level of the compressor pedal, call it ‘make up gain’ - you have the ability to set an equal level with the pedal engaged or bypassed. The Gain control, well, usually we expect that to mean input level, but in this case it is the threshold control. This sets the threshold point where the compressor starts acting on the input signal.

The Comp control in this case is the ‘ratio’ knob found on many compressors. Trying to keep this simple, the ratio is the degree of compression on the dynamic range of audio passing through the pedal.

That just leaves the Freq dial - yes, short for ‘frequency’. Think of this as the centre frequency of a two band crossover, which allows you to decide where the audio spectrum is divided and after which, each portion is sent to the separate compressor units internally. You might set a wider frequency to the treble side so that the bass side only has to deal with the very lowest of frequencies, or perhaps winding the control all the way round, so that only one band comes in to operation and thus you also have yourself a very high quality single band compressor pedal too! Nice!

To hear the compressor in action, please watch the video and do so with a really decent set of headphones or quality speakers. It can sometimes be difficult to hear a compressor's effect in operation due to bandwidth issues and you’ll definitely miss a lot listening through small laptop speakers or cheap ear bud earphones!

So far, so very impressive, but the RMI Basswitch has some extra goodness under its bonnet - firstly running at a higher voltage internally, it has a wide dynamic range, making it ideal for bass players - especially those who, like me, have drop tuned instruments. Getting these frequencies to translate in a live environment can be troublesome with tone sucking pedals. Furthermore the Lehle has two bypass modes that can be programmed in, should you prefer either true bypass or buffered bypass depending on your connection requirements. Lehle also go in to much detail regarding their True Sound Technology in the manual and website demonstrating their dedication to producing high fidelity audio devices.

So is it good? Yes! It isn't cheap but it is a very high quality, well engineered, satisfyingly professional class compressor that will please even those with the most fussy ears! 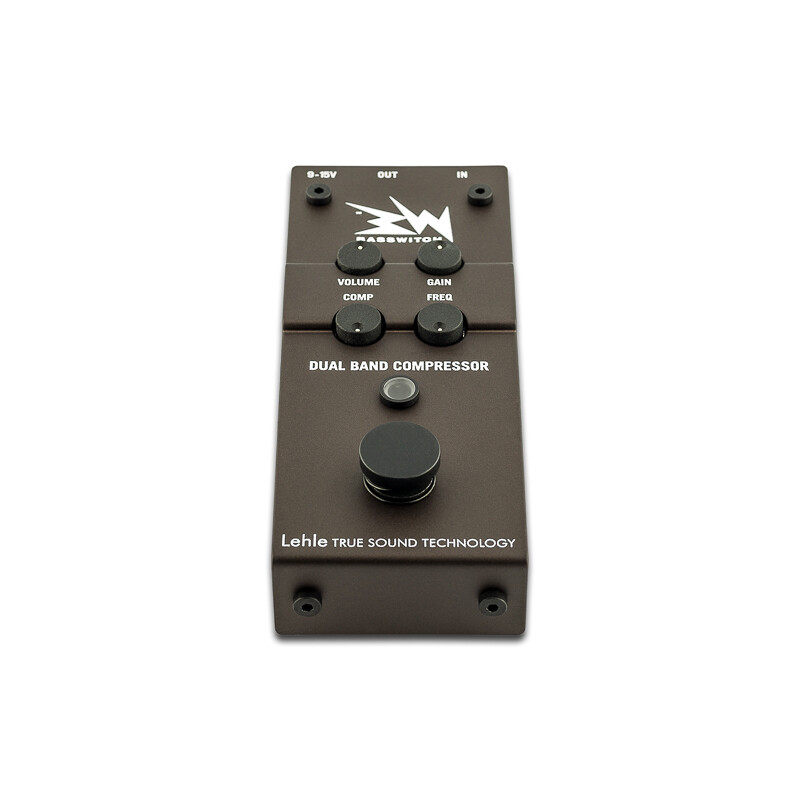 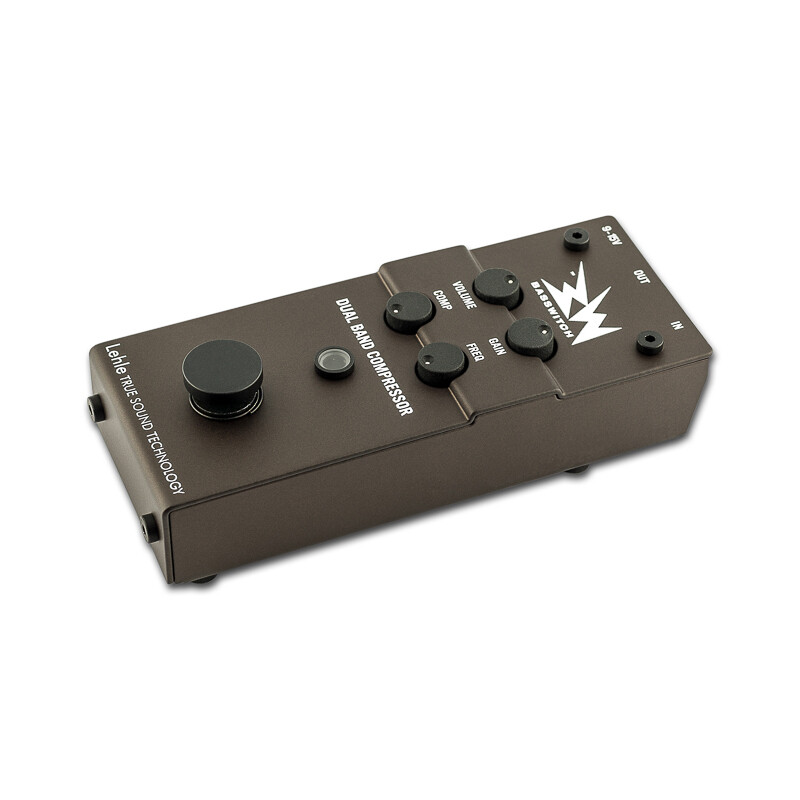