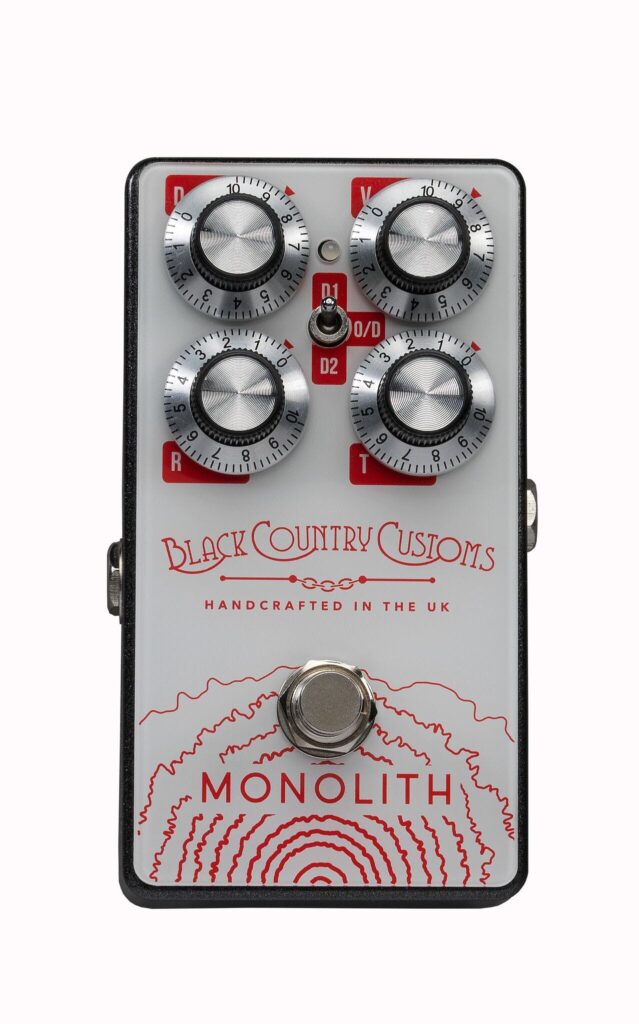 The Monolith is essentially a love letter to great distortion pedals of the past, but with a few very smart modifications.

Nick Jennison reviews the Monolith, the latest release from the Black Country Customs branch of Laney Amplification. A versatile distortion pedal that offers diverse sounds from classic rock overdrive all the way through to higher gain and some seriously heavy British tones.

Laney’s Black Country Customs division launched in 2017 with a very clear vision: simple, superb-sounding amps and pedals that draw on Laney’s storied history. While the LA100BL is un-doubtedly excellent, it was the TI-Boost that really got my attention: A modern recreation of Tony Iommi’s heavily modified rangemaster treble booster that sounds as good as it looks (check out the full review in GI Issue 52).

Fast forward to NAMM 2019, and the launch of three new pedals in the BCC range: the SteelPark boost, Secret Path reverb and the Monolith distortion. All three pedals share the TI-Boost’s elegant form factor, with the same clean lines, white plexiglass front panel and amp-style knobs.

The Monolith is essentially a love letter to great distortion pedals of the past, but with a few very smart modifications. Across the three modes, it’s capable of a gentle mid-focussed push, chewy amp-in-a-box drive tones and buzzsaw-like hard clipping and nearly everything in between. As well as the broad range of gain and compression on tap, the Monolith’s control set affords a much greater level of tonal control than the pedals that inspired it, thanks to a single knob: range.

The range control is a low-end cut before the Monolith’s gain stages. As simple as this sounds, it’s a massively powerful feature. Cutting your guitar’s low end before distortion can drastically tighten up your tone, and emphasise the more vocal midrange frequencies. It also speeds up the attack, making for a more liquid playing feel. Guitarists have been stacking Tube Screamers into gained-up amps for decades to achieve the same result.

The three-way toggle switch selects between three very distinct styles of gain. Flipping the switch to the upper (“D1”) position yields a heavily compressed, thick and hairy distortion that’s akin to a really great Boss DS-1. In this mode, the frequency response is pretty even, without a strong emphasis on any part of the spectrum, and the tone is dense and hairy, and can even get close to muff territory with the gain maxed and the range control set to zero.

Flipping down to the lower (“D2”) position and the tone becomes much more rubbery and plexi-like. There’s still a healthy level gain on tap, but the response is much more dynamic with a great elastic feel and chirpy pick attack - in contrast to the compressed thump of the previous mode. The range control is especially powerful in this mode, with fat tones at the lower end of the knob's travel and articulate plexi spank tones as you approach 10.

Probably my favourite mode of the three is the centre “OD” mode. This mode is very tubescreamer-esque, with subtle purring gain sitting behind a mid-focussed clean snap. The range control is a blessing in this mode - low settings can retain a healthy amount of low end for fatter Texas blues tones (a very popular tubescreamer mod), while higher settings suck out bloated lows for an even tighter version of the classic tubescreamer tone that’s incredible for boosting a gained-out amp. In fact, the Monolith is so good at this job that it’s currently occupying the TS slot on my personal pedalboard, and it’s going to take a very special pedal to unseat it.

The Black Country Customs Monolith is like having a whole bunch of great drive pedals in one unit, without resorting to digital trickery or anxiety-inducing controls. It’s very competitively priced for a pedal that’s handmade in the UK, it looks gorgeous and sounds killer. 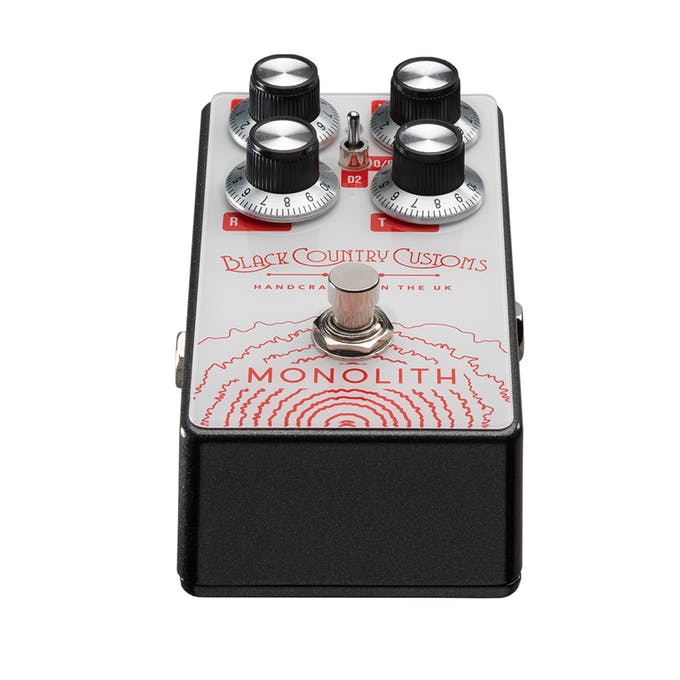 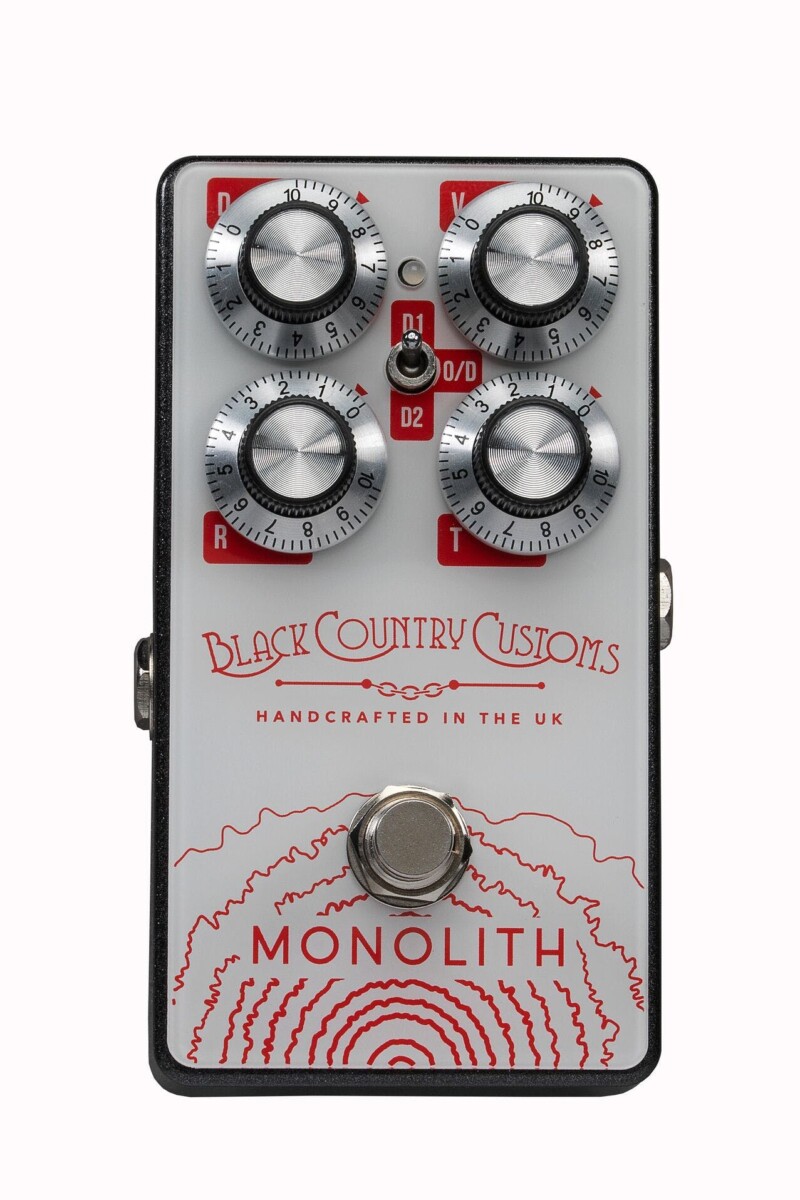 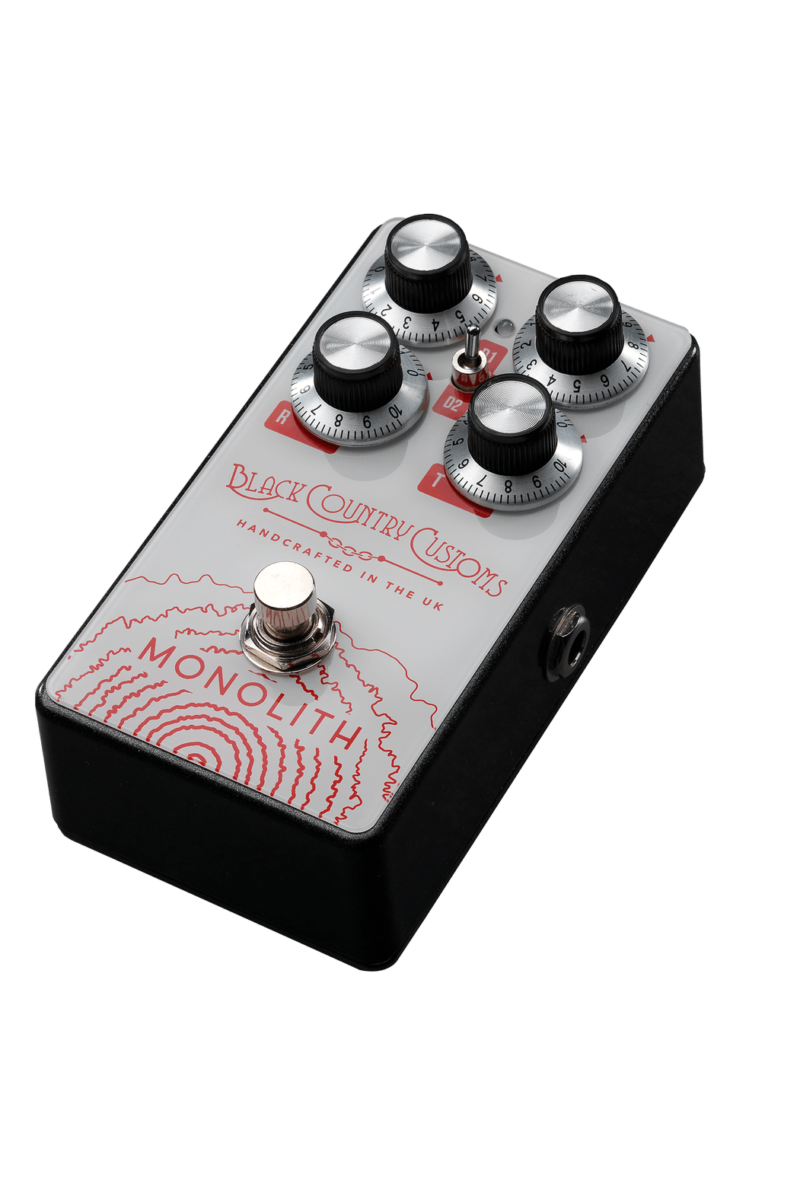