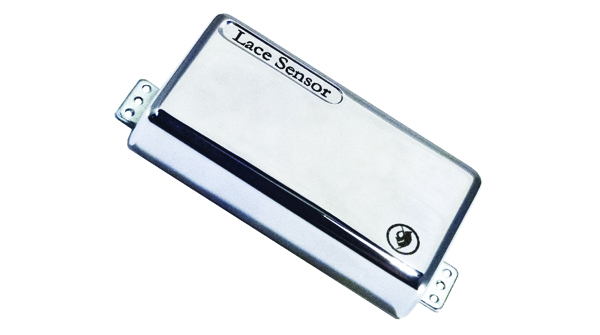 Lace pickups are one of the true innovators in the guitar world, producing pickups that are truly unique and forward thinking. Founded in 1979 by Don Lace Sr, the company has constantly been pushing the boundaries of pickup design, most famously with their Lace Sensor series of noiseless single coils, so when we were given the opportunity to do a shoot out between two of their most exciting new designs and a set of stock, Far East produced humbuckers, we jumped at the chance.

For this shoot out Lace provided us with three budget range Les Paul clones, one fitted with the stock factory pickups, one with Bill Kelliher signature Dissonant Aggressor humbuckers and the other with the very unique Alumitone humbuckers.

Bill Kelliher, for the uninitiated, is the lead guitarist from the band Mastodon and he teamed up recently with Lace to design a signature set of high output humbuckers called the ‘Dissonant Aggressors.’ Designed for high gain applications, these humbuckers are said to offer a superb dynamic response and sustain without the usual high end roll off associated with high output pickups. Available in both neck and bridge variants the Dissonant Aggressors are really good looking pickups with a smooth finish, sporting a small Mastodon logo in the bottom right corner and Lace Sensor logo in the upper left. The bridge pickup features a high 17.8k resistance and 1955Hz peak frequency, whilst the neck version has a 13.7k resistance and 2380Hz peak frequency. As such, these are firmly in the modern voiced, high output category and will drive any amp into saturated filth territory with ease.

Normally, as the resistance, and thus output is increased, you lose dynamics and high end response as the tone becomes muddier with less clarity. With the stock pickups in the first Les Paul clone this could be heard and felt quite apparently as the more gain was applied to the amp the less clarity and dynamics could be achieved with even clean tones lacking pick response and high-end sheen. The Dissonant Aggressors have no such problem and offer a huge amount of output with very high levels of clarity and punch, even at high gain levels. String and note separation were a huge improvement over the stock pickups in both the bridge and neck position, making playing more musical and more fun, translating into a more dynamic and responsive playing experience. Rolling the volume down on both pickups results in a surprisingly manageable clean tone with very little high end roll off for such high output designs.

The neck position exhibits a much more responsive character than the average neck humbucker and excelled at mid gain crunch tones where lesser pickups can often become horribly muddy and often useless. Creamy lead tones were easily achieved here too with higher gain setting and the sustain is a marked improvement over the stock pickups. In the bridge position the aggression can be dialled in to insane levels and still be manageable with detuned power chords having lots of punch and decent amounts of top end cut - a sound guy would be much happier with these pickups in a mix than the stock Far East models.

Any Bill Kelliher or Mastodon fans will definitely want to snap these pickups up if they’re trying to achieve that signature sound, but they should appeal to anyone into the Metal genre as well because they're a very versatile and great sounding set, offering high output, modern tones but without many of the drawbacks that passive high output pickups generally have.

It’s quite rare these days to find true innovation in the guitar industry as people tend to stick with and refine traditional, tried and tested designs. Lace, however, has always been ahead of the curve and not afraid to try new things. The Alumitone pickups are fantastic example of this and really represent a shift in thinking from traditional pickup design. Based around a ‘current driven design’ as opposed to the more conventional ‘voltage driven design’ the Alumitone is constructed from an Aluminium exoskeleton shaped into an inverted U-shape and combined with two ceramic magnets to create the magnetic field. A small secondary copper wire coil allows the pickup to be voiced for a particular tonality, but the aluminium frame design allows for a much lower resistance, giving the player a huge response in the high, mid and bottom range of their tone. The other huge benefit of this design is from a weight perspective where the Alumitone exoskeleton weighs far less than the average traditional humbucker, thanks to the far smaller component design.

With a resistance of just 3.4k in both the bridge and neck variants you get all the output you could ever need but without any of the traditional high end roll off or muddiness associated with high output designs. As such, the Alumitones are more ‘full range’ sounding than almost any other pickup on the market and this really shone through in our shoot out where the Alumitones sounded huge with amazing amounts of clarity in the whole frequency range and tons of sustain for both clean and overdriven tones. They are also noiseless in both humbucker and single coil versions making them great for studio work and for set-ups with noisy electrics or UV lights.

The visual design is definitely a step away from traditional humbucker design and retro fitting these small pickups into a normal guitar will leave a small gap around between the pickup and pickup ring. However, having seen these installed on custom built guitars they can look incredible and very much enhance the look of some designs. The visual approach may not be for everyone but if you like the way they look you’ll love the way they sound. Fantastic and musical are two words that spring to mind as these are pickups that make you play more musically and dynamically, really getting the best from you and your gear. Lace really make a great case for innovation here and whilst the Alumitones aren’t cheap they are a very worthwhile investment if you really care about your tone. We should add that Lace's unique Alumitone concept is available in a whole range of pickup styles (including the amusingly named (Deathbuckers'!), in single coil versions, P90s and with models for 7 and 8-string guitars plus bass. If these were anything to go by - and we're sure they were - then these other versions demand to be explored, too.