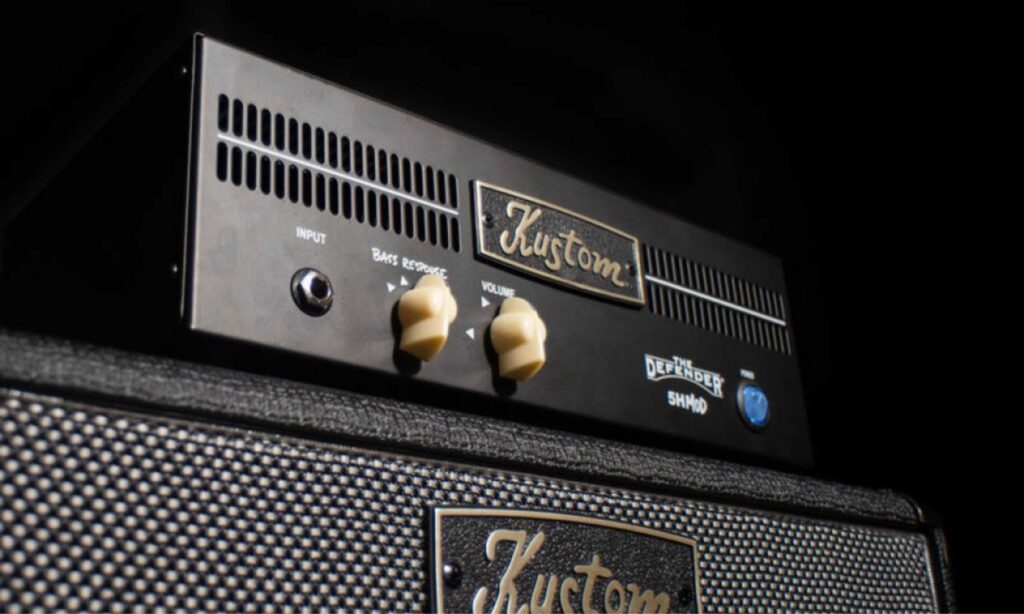 This year, Kustom Engineers took the historically great-sounding Defender 5H and lifted the virtual hood to tweak its 5 Watt motor. The results were the Defender 5H MOD (Hot Mod). The 5H MOD has a livelier tone that is harmonically rich, with a better sounding distortion that even delivers like older tweed and British style amps. Sam Bell reviews.

The Kustom Defender 5 Hod Mod is a 5 Watt Valve head featuring 1x I-EL84 power tube and 1x12AX7 pre-amp stage. The controls are super simple: a 4 stage bass response control and a volume control. The volume controls the overall volume, and saturation/drive of the head whilst the bass response control tailors the lower end response of the amp. The amp has no FX Loop, but we do have various speaker outs for standard cabinet situations (16 and 8ohm outputs)

At lower volumes, the 5H Mod has a nice tweed-like clean bloom sound, when set at higher volumes the amp breaks up giving lots of sustain, with an aggressive upper mid-range/treble detail. It is definitely in the more vintage ballpark of sound. And at only 5 watts, this mid-range will help cut through the mix. This would a be a great studio amp if you want to get pushed tones at low volume, it would also make a good pedal platform for those looking for something a bit different. It's highly affordable coming in at around £150 per unit, not to mention its small size! Definitely worth a look if you’re looking for a vintage vibe that isn’t going to break the bank!