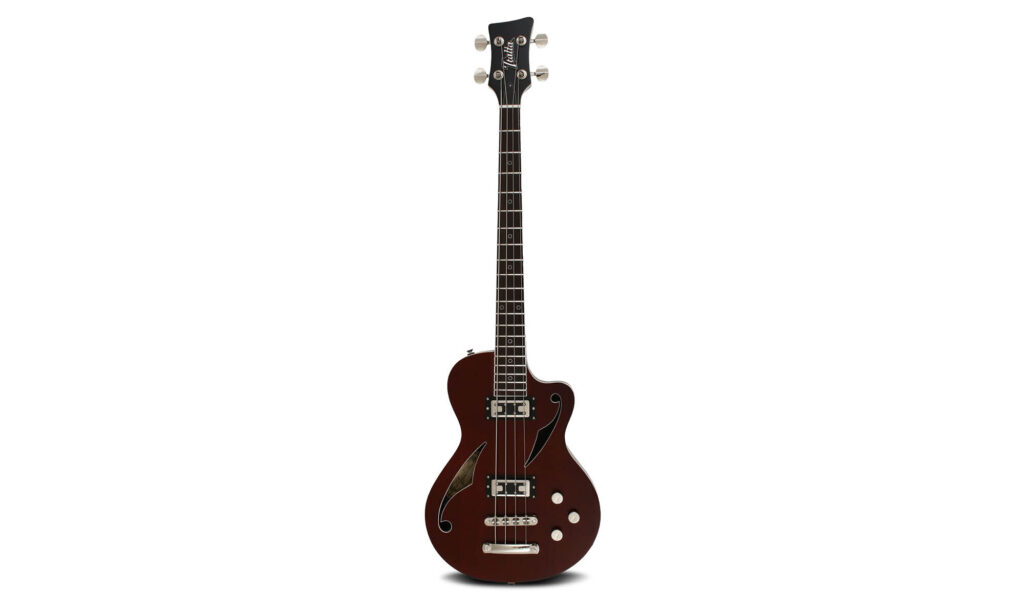 Italia Cavo is a solid feeling instrument which matches it’s online price point well, yet you will wonder if it will impart all that necessary tonal heft before you plug in, given that its hollow body means it weighs very little.

Great set up on this example

Nothing at this price point

Bored of the usual suspects gracing the walls of your local guitar emporium? Tired of  Super J this, Ultra P that? Then we have some rather tasty instruments to feast your eyes on in new editions of Guitar Interactive Magazine, and here’s another for you to get your juices flowing.

This is the newest addition to the Maranello models from Italia as I understand it and is a short scale instrument with big, big tones, that I can tell you. This is the second Italia bass we have had into the 'bassment.' The first being the Imola model that I enjoyed reviewing a great deal, with its J -Bass tone but similarly attractive vintage vibes.

Italia Cavo takes on an almost Gibson Les Paul style with its single cut outline but with softened curves on the lower horn. Like the Les Paul, the bridge is in two pieces and offers the same amount of adjustment in that respect. Good or bad, up to you to decide but the hardware looks solid and is in keeping with the overall look which gives this bass more of an identity I feel.

Italia Cavo is a solid feeling instrument which matches it’s online price point well, yet you will wonder if it will impart all that necessary tonal heft before you plug in, given that its hollow body means it weighs very little. A good example of listening with your ears and not your other senses, Looks can be deceiving.

Electronics are taken care of without the need for batteries or on board equalisers - all passive in the form of Italia’s own ‘Toaster Pickups’ which have more than a passing nod to TV Jones Filter’Tron. Fender created their own version, the ‘Fidelitron’ found in the Cabronita bass we have reviewed in past issue which I referred to in the video. I did indeed mean Filter’Tron.

The pickups are mounted to the body which is of a semi-hollow design. It’s a chambered Mahogany construction which as I said earlier is what makes the bass very light indeed. It’s easy to think that the lack of mass would impact the tone, but as you’ll hear there’s quite a lot of beef available even with my Bergantino B|Amp and Hd112’s set flat. There’s a warmth to the tone which may well be due to the set maple neck construction or the shorter 30” scale -I expect the positioning of the front pickup right next to the neck has much to do with it. There are many fans of this pickup position. Billy Sheehan, for example, comes straight to mind with his Yamaha basses echoing his love of the Gibson EBO pickup in the neck position of his Fender ‘The Wife’ Precision bass.

Of course, the sound is fat and low with a real bloom in the bass end, yet dialing in the bridge pickup opens the tone up nicely. There’s that classic ‘two pickup mix’ at the 50/50% position then heading towards the bridge setting alone; there’s bite that I'm pleased to say we never get nasal or brittle in tone. I have basses even in my rack at home that I never use the bridge pickup alone, only mixed with other settings. This one I’d be happy to use in this way for the reasons I mentioned above.

Sat on my knee, the Cavo is well balanced though there is a small amount of neck dive - To be honest, there are few basses off the top of my head that sit absolutely still. My Dingwall AB1 being one such very well behaved animal. That aside, I strongly suspect when stood at a gig for a couple of hours, you’re are less likely to notice as Cavo will hardly be dragging on your shoulder! 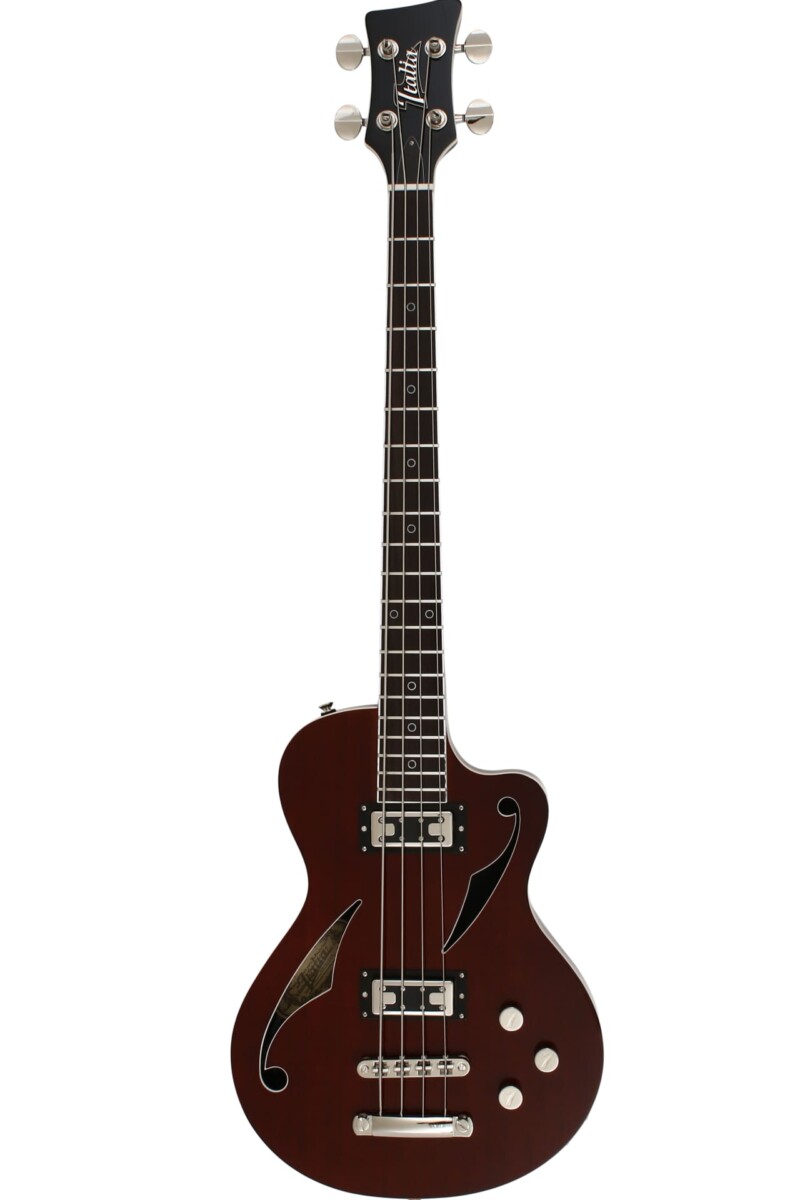