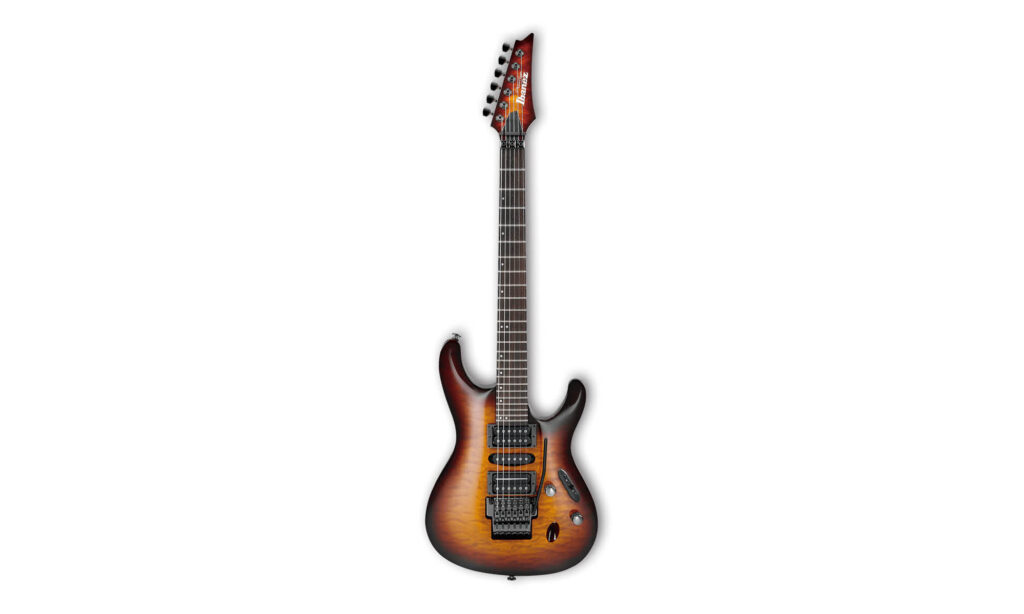 There’s no questioning the dedication in design and workmanship that the S Series embodies. “S” being a derivative of ‘Sabre,' which, as per Ibanez’s mindset for the design, represents a precision built weapon and in many respects and …(dare I say it?) the pinnacle of their design and engineering skills.

The Super Wizard neck thinness may suit everyone.

Introduced in the late 1980s, the S Series became the ‘go to’ axe for players such as the sweep demon himself, Mr. Frank Gambale. In fact, Gambale used the S series as a basis for his own Ibanez FGM signature model (circa 1997). 30 years later and the S series is as strong and alluring as ever. Lee Wrathe investigates the Ibanez Prestige S5570Q-RBB

There’s no questioning the dedication in design and workmanship that the S Series embodies. “S” being a derivative of ‘Sabre,' which, as per Ibanez’s mindset for the design, represents a precision built weapon and in many respects and …(dare I say it?) the pinnacle of their design and engineering skills. So that’s your History lesson taken care of, class dismissed! Oh wait, we still have the small matter of reviewing one of the current Prestige models of this classic Ibanez line.

I have had many a giggle when demoing Ibanez guitars over the years either live or on camera when it came to delivering the model’s title. They hardly ‘roll off the tongue,' but there is a logical reason for them which I shall now explain so you too can decipher them with ease. Let’s take our S5570Q-RBB for example. As I’ve already established (were you paying attention at the back?) The S is the series type, the 5570 the model number, the Q represents the quilted top and the RBB the finish. In this case, a Regal Brown Burst.

And there you have it, easy no? Ahem…

Anyway, to business. This Japanese built (hence the Prestige tag) axe has a resonant Mahogany body which belies its svelte appearance, even when unplugged it’s as loud as a guitar twice its thickness. Obviously there’s more to a guitars resonance than the body alone, and in this case, there’s a real synergy between the neck, body, and bridge. You really feel like you’re holding a precision built instrument.

The body is super thin. Let me say that again to make a point; the body is SUPER thin. If you’ve yet to try an S series Ibanez, I guarantee your surprise when you first pick one up and I would wager you’d also be surprised at how comfortable it is too, whether sitting or standing with a strap, the guitar almost disappears! This is no accident, of course, the whole guitar is perfectly balanced and comes in at around 4KG. The quilted Maple top is quite simply stunning when paired with the lovely Burst finish, and despite looking very hard, there’s not a blemish or a trace of rushed workmanship to be found anywhere.

The 5-piece Super Wizard HP neck is constructed from a Maple /Walnut blend supported by a KTS Titanium truss rod running through its core. In layman’s terms, it’s solid despite being (you guessed it) incredibly thin.

The Rosewood fretboard is accompanied by 24 medium jumbo frets which have been given Ibanez’s fret edge treatment, something which is found on all Prestige level guitars. They feel glassy smooth to touch making any bends, vibrato not only a breeze but a pleasure. Coupled with the super fast playing neck profile, it’s hands down one of the most comfortable guitars I’ve ever played.

For all you whammy enthusiasts out there, the tremolo is one of Ibanez’s own Floyd-style Lo-pro edge designs with a matching locking top nut, which basically means you can easily drop the strings right off the fretboard, or pull them a few tones higher…which in practice see’s the trem settle right back into its original position, in tune, ready for your next dive bomb or squealy harmonic gargle! It’s smooth in operation even at the extremes of use, with no spring noise or any sign that it's at the edge of its capabilities. Luckily I have a set of D’Addario NYXL strings set up on the guitar which can take the abuse in the name of science!

Let’s talk electronics then. We have a volume and single tone control, along with a 5-way selector switch. The system is wired up to deliver some useful pick-up configurations. Position 1 is the full and robust HGD1 Humbucker seated in all its warm glory at the neck. Position 2 is the aforementioned Humbucker’s inner coil along with the ST2 Single coil. Position 3 is the ST2 all on it’s lonesome, position 4 serves up the inner coil of the bridge located, HGD2 along with the ST2 and finally, position 5 gives you the powerful HGD2. There is a marked volume difference at Positions 2 and 4 when compared to the straight Humbucker positions, as you’d expect to a degree, but it’s much more pronounced than you might find on say an RG or indeed a Jem running an HSH pickup configuration. This will simply be down to how the ST2 single coil compliments the HGD’s and it can be quite useful when playing a rhythm part on position 2, to switch to the louder output of position 1. Similar in fact to setting a Gibson Les Paul’s Humbuckers for rhythm and lead respectively.

The neck pup is warm enough to deliver convincing Jazz Tones when running into a clean amp and also respectable Blues tones too, in fact, most genre bases are covered by the tonal palette on offer…but let’s be frank, this guitar loves to rock! Running either of the HGD Humbuckers into a searing amp will give you all the tight punchiness you desire for your crushing riffs whilst also allowing your pinch harmonics to run wild and free across the sonic landscape…of the Dog and Duck on a Friday night! Plus, you have the added value of saving your back from any pain too due to that slimline body. The only, extremely slight, drawback of such a thin body is that the jack socket is angled and on the front of the guitar, it’s beautifully designed of course, but it may not be everyone’s cup of tea.

In conclusion, then, this guitar (and indeed the S Series in general) are works of precision built art, particularly so when they are produced in Japan for Ibanez’s Prestige level range. This guitar is truly a pleasure to play and very pleasing to the eye too. I understand that there will be guitarists out there who like a bit of a fight with their axe while they’re playing, helping the mojo so-to-speak, but that’s not why this guitar was built. It has been meticulously designed and engineered, so you almost forget it’s there and simply lose yourself in the Music…and to that end, an Ibanez S might be the best guitar you’ve never tried. I would urge you to change that as soon as possible! 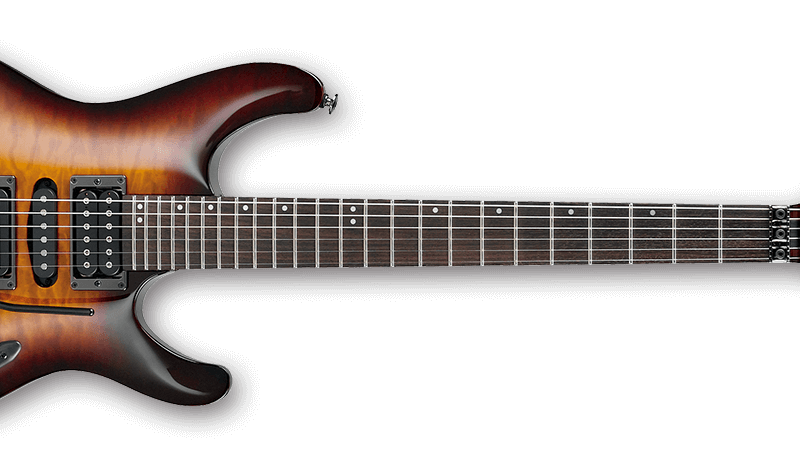 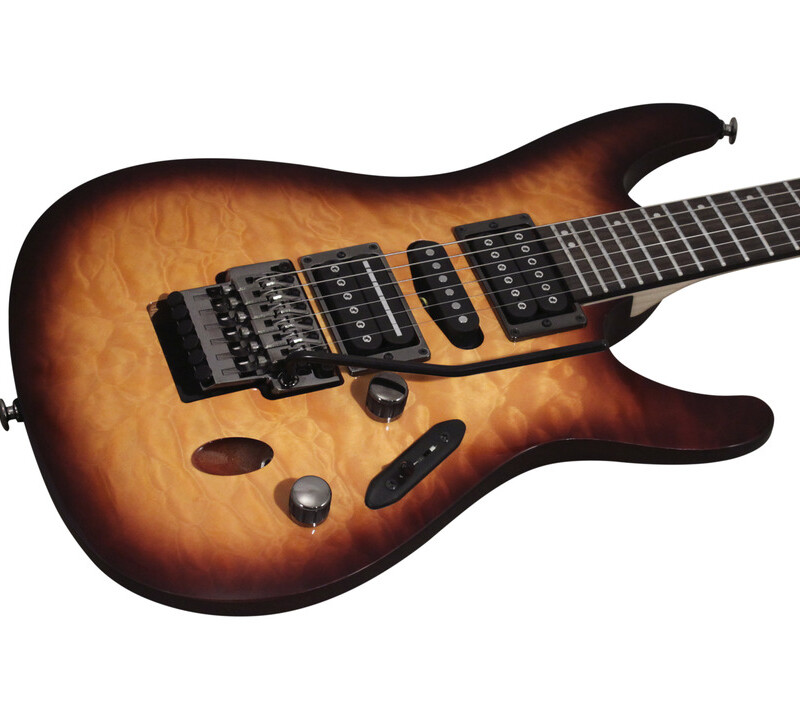 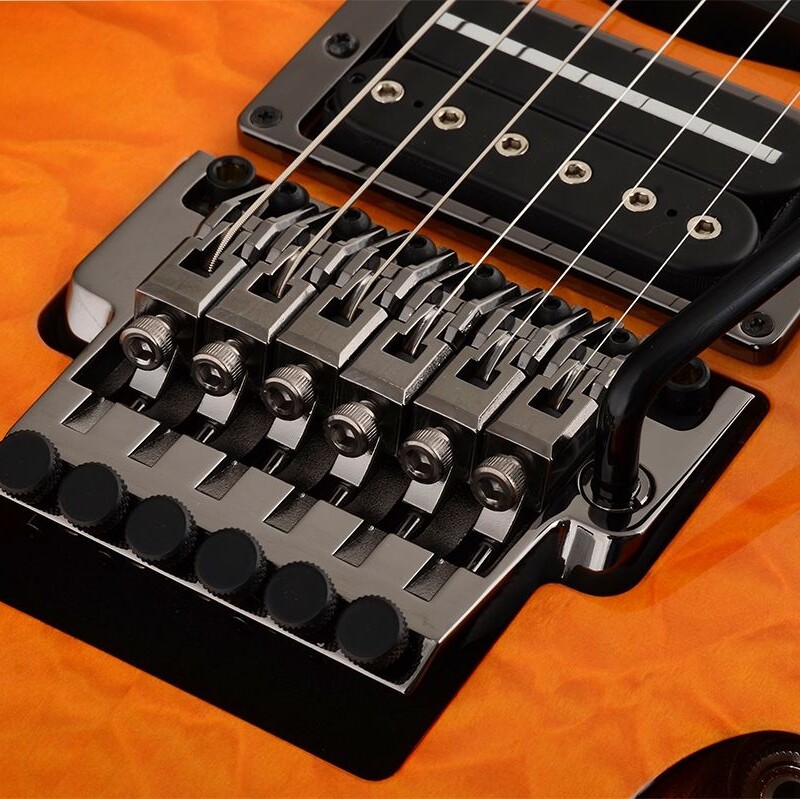