The guitar is extremely comfortable to play thanks to rolled edges on the fretboard and a very light weight body.

Only one finish available

It may be 2017 but guitar shops will still have 2016 Gibsons for sale. Recent introductions from the venerable US maker haven't always been too impressive but Tom Quayle has found one that you might want to snap-up pretty fast.

The Gibson ES Les Paul is the company’s marriage of two of its most popular models – the Les Paul and the 335 – into a small bodied, hybrid, semi-hollow guitar. The full-fat model retails at a very high price, so Gibson has produced a ‘Special’ version with stripped down, no-nonsense styling and cost effective hardware to make this model more affordable whilst retaining as much quality as possible.

The 2016 ES Les Paul Special features 335 style construction with a laminate maple, poplar, maple body and a flat top, removing the associated costs of producing an arch top design. A one-piece maple neck is matched to a thermally treated maple fretboard with dot inlays and the classic Gibson headstock, this time featuring a 335 style F-hole on the truss rod cover. By thermally treating the maple you get the look of rosewood at less cost and a more stable piece of wood overall. The figured top is finished in an Iced Tea burst, while the back and sides sport a dark stain that matches nicely with the dark colour of the heat-treated maple fretboard and blends nicely into the edges of the top for a seamless look. As with some of the other 2016 Les Pauls we’ve see and reviewed, the top certainly looks nowhere near as figured as the pictures on Gibson’s website suggest, but it’s a nice look all the same, especially with those lovely F-holes on both sides.

For 2016, Gibson abandoned things like zero frets and self-tuning capabilities in favour of more traditional hardware and the ES Les Paul Special is no exception. Here you get a set of standard Kluson tuners, a Corian nut (used to save costs compared to a bone one), 22 vintage sized frets, a 57 Classic humbucker in the neck and a Super 57 Classic in the bridge position and the standard Tune-O-Matic bridge and stop tail piece. The only thing that some might miss is the lack of a scratch plate but again, this saves on costs and keeps the look as straight forward as possible.

The pickups feature Alnico II magnets for a vintage-style output matched to the standard three-way switch and the classic independent volume and tone controls for each pickup. There are no fancy coil taps at play here, this is classic Les Paul or 335 territory as far as electronics go and that fits with the no-nonsense approach of the ‘Special’ series.

The guitar is extremely comfortable to play thanks to rolled edges on the fretboard and a very light weight body. It’s also surprisingly well balanced considering the semi-hollow construction, making the guitar a pleasure for longer gigs compared to the full mahogany variant. For those that love the tone of a 335 but consider the body too unwieldy, this ES Les Paul is a great, lower priced alternative that certainly captures a lot of the feel and vibe of its larger brethren.

Build quality is easily as good as the more expensive guitars in the Gibson range. It may not be quite as pretty and have slightly fewer bells and whistles, but the cost cutting hasn’t taken place in construction with great fretwork, a quality set-up (in fact a much better setup than some of the more expensive Les Pauls we've reviewed!) and a very clean nitrocellulose high-gloss finish.

All of the controls feel solid and responsive with no loose screws or wobbly bits and tuning stability remains solid even after aggressive playing. The guitar also ships with a quality Gibson hardcase which is a nice addition for this admittedly not inexpensive guitar, but one that Gibson could have easily missed out on given the price difference between this and their upper-end Les Pauls.

The fun really starts when you plug the ES Les Paul in as the tones on offer are really superb from these lower output humbuckers. The bridge is slightly hotter than the neck as you’d expect and will easily drive a tube amp into crunch territory whilst retaining lots of clarity and dynamic range. The semi-hollow construction adds a lovely sense of ‘air’ to the tone that further aids clarity but still enables the guitar to sound as authentically ‘Rock’ as possible but with a penchant for Jazz and sophisticated Blues tones at the same time. The neck pickup has a lovely amount of ‘body’ to its sound with lots of sustain and warmth but retains the clarity from the bridge pickup thanks to the lower output and body construction. It may not quite be an authentic 335 tone but the ES Les Paul gets close enough to be worthy of the name and in a much smaller and cheaper package.

It’s difficult to say that Gibsons are good value for money these days since the prices are so high, especially outside of the US, but, as Gibson guitars go, the ES Les Paul Special represents a great package for a much lower price than the high-end mahogany guitars and you don’t lose a great deal in the process. In fact, it’s easy to argue that you’re getting a more interesting and unique guitar for your money and that’s always a good thing in our books. Well worth checking out. 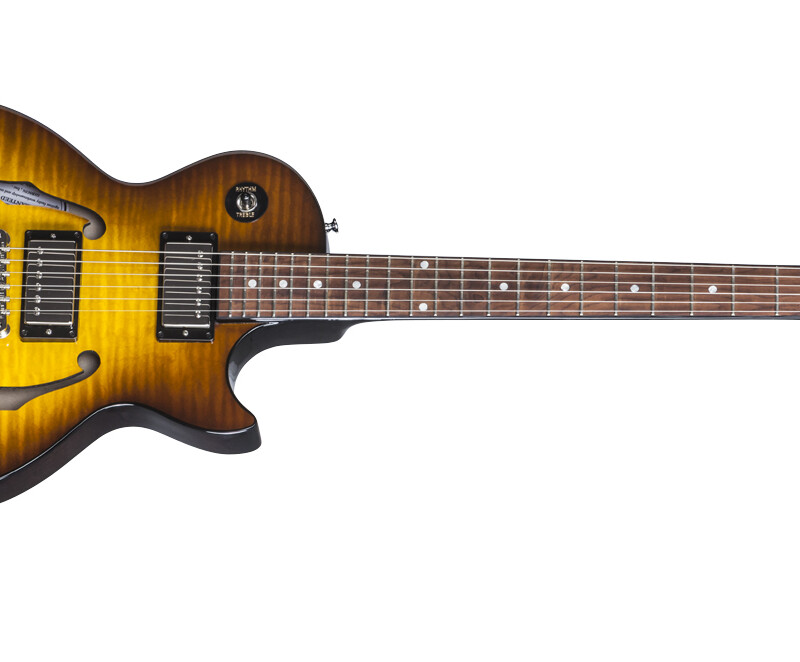