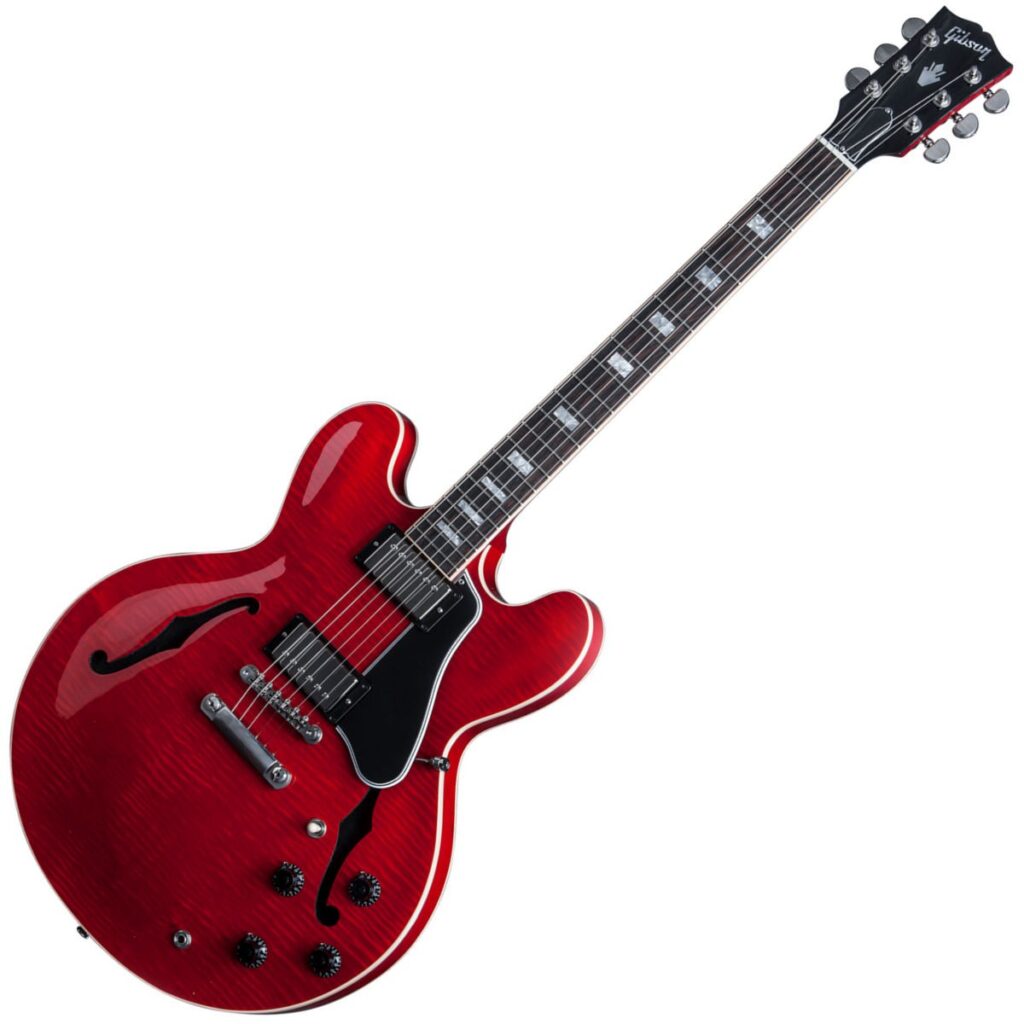 The Gibson 335 has always been a great looking guitar and the 2016 Memphis version is no different.

In an issue where we are giving away copies of the latest book on Gibson's venerable 335, how could we not review its latest incarnation? Tom Quayle tries a genuine classic.

The Gibson 335 is one of the true classic designs in the guitar world, revered with legendary status and played by some of the greatest guitar heroes of them all. With the 2016 Memphis 335, Gibson aim to reproduce a historically accurate version of their iconic guitar but with some modern twists to bring it up to date for the guitar player today.

The basis of the 2016 is the same classic construction of the 1958 original with 3-ply maple/poplar/maple back, top and rims plus a maple centre block running the length of the body for sustain and strength. Internally, Gibson has stuck with spruce bracing and this is matched to a mahogany neck and rosewood fretboard with 60s style, small block inlays and low profile frets. The neck dimensions have been altered slightly to offer an improved feel, with more depth at the neck-headstock joint for extra strength. Rolled neck binding increases the comfort still further on a guitar that has always been known for its friendly playability.

Gibson has upgraded a few other elements on the 2016 335 including Grover Milk Bottle Rotomatic tuners with an impressive 18:1 ratio for better tuning accuracy and feel, a Historic Trussrod with a Teflon coating for easier adjustments and an ABR-1 bridge with titanium saddles that should last at least as long as the guitar does. Other additions include a pair of Burstbucker 1 and 2 Humbuckers in the neck and bridge positions respectively, improved capacitors for less treble bleed on the volume controls and a locking stop bar tailpiece for improved sustain and resonance and easier string changes.

The 335 has always been a great looking guitar and the 2016 Memphis version is no different. Available in a standard Hi-gloss or less expensive satin finish or with a figured maple top, our Cherry Red review model looked superb with its classic block inlays and was extremely well built and finished. Small touches such as the cream binding and f-hole on the truss rod cover give the guitar a top-of-the-range feel that should go some way to justifying the cost of this model. This particular model is available in three finishes, Cherry, Faded Lightburst and Natural, but the Cherry is certainly the most classic of the three.

We were loaned our review sample by the friendly folk at the retailer DV247, so what we had wasn't a guitar that had been specially set up for review by the manufacturer, but was exactly how they had received it from Gibson. That was reassuring as the factory set-up was very well executed - far superior to that on some of the Les Pauls we reviewed in the same session. If this suggests a quality control issue at Brand G, well, at least it isn't uniformly bad! In fact, there was very little, if anything that we would change about the guitar as its playability and sustain were perfect out of the included deluxe hard case. The only complaint that some players might find is the highly glossed neck that can get pretty sticky at times, and would become something of an annoyance under hot stage lights if you are of the sweaty persuasion.

Strumming the 2016 335 unplugged revealed a very lively acoustic tone with lots of sustain and resonance with plenty of detail across the entire range of the guitar. There were no dead spots at all and notes were fat and round all the way up to the 21st fret on the high E string. The low profile frets and titanium saddles allow for excellent intonation, with chords sounding great all the way up neck without anything offending the ears or sounding out of place. Plugging in revealed some classic PAF-style Rock and clean tones with plenty of bite and warmth from both pickups, but a slight extra level of detail that seems to be present in the entire 2016 Memphis collection from Gibson. It’s a nice addition and works especially well in higher gain situations where the extra bite allows more complex chords to still shine through and avoid being muddied up and lost in the mix.

Of course, as with all 335s this model can run the full stylistic range from Rock to Blues to Jazz and Funk with an ease and authority that other guitars can only dream of, probably only stopping short of high gain Metal as a no-go area.

The hardest question to answer is whether this guitar is worth the very high price that Gibson is asking for it. It’s a great guitar for sure and it’s certainly cheaper than a vintage 335 that probably doesn’t sound and play as well anyway, but there are a lot of cheaper alternatives out there that offer very similar versatility and playability for less money. Of course, there is the resale value to consider, because a genuine Gibson is likely to hold its value better than a less prestigious brand but, even so, you still have to be able to afford one in the first place. If you simply must have Gibson on the headstock then this is the guitar for you, but it may well be worth checking out the competition too if you want to save some money and still get a great guitar in the 335 vein, since the prices that Gibson are charging right now are quite hard to swallow for the average consumer. No doubt this is a great guitar though! 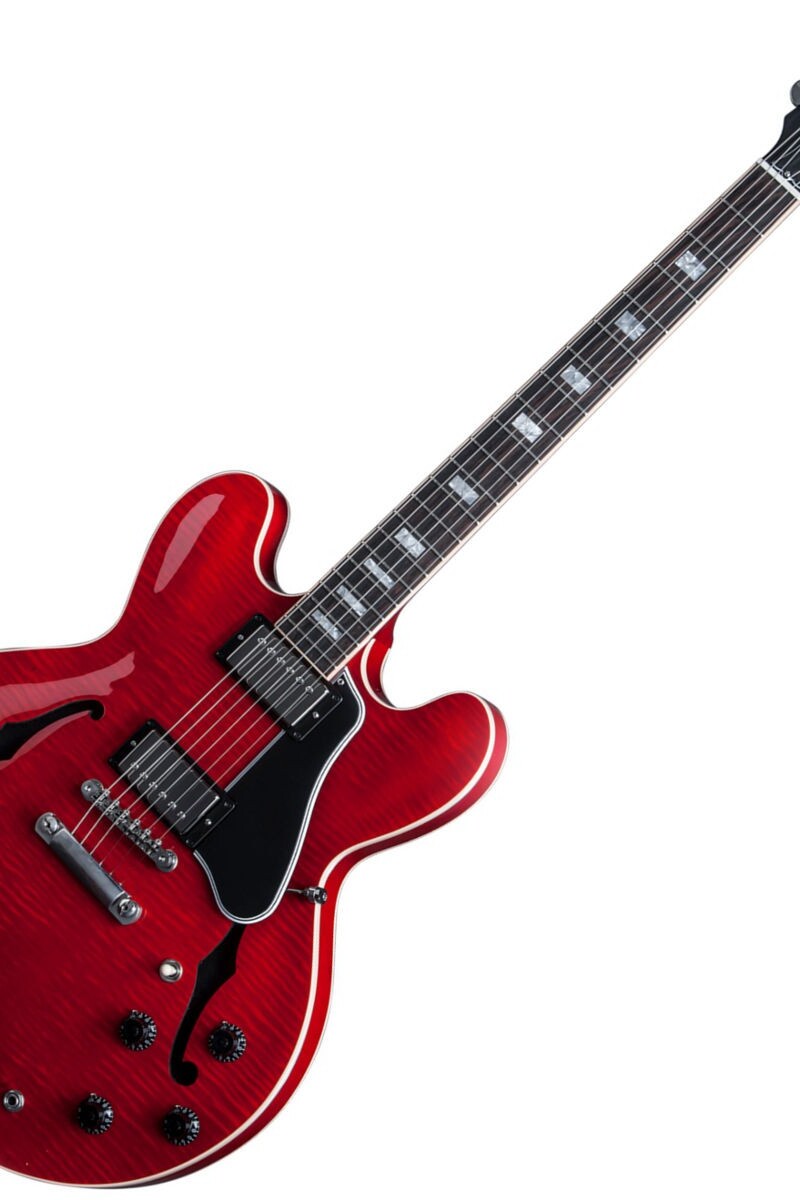 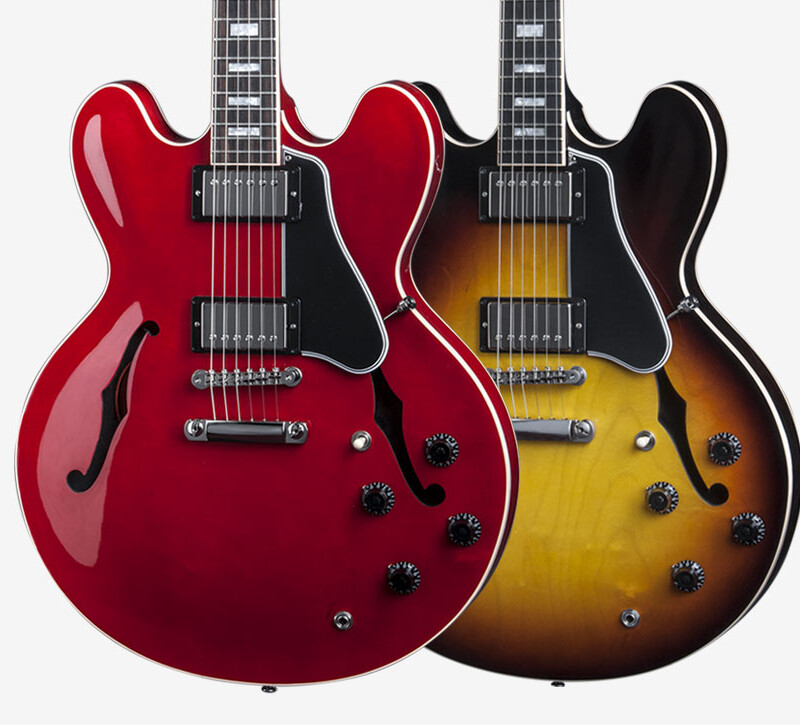