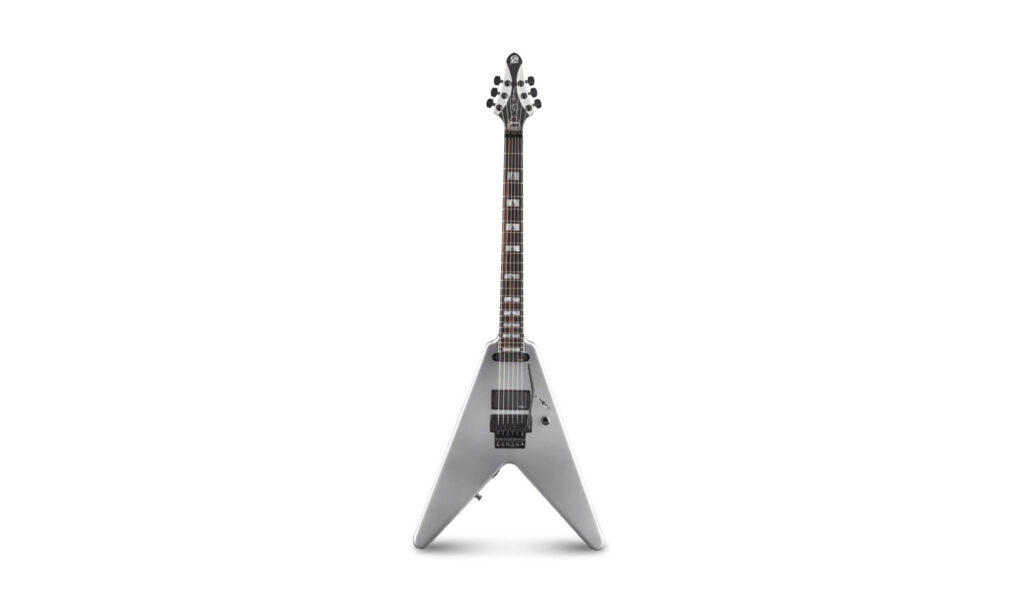 In summary, this is definitely not your grandad’s Flying V. Everything about this guitar is performance-oriented and finely tuned for the heavy stuff, and while it’s not for vintage enthusiasts, it’s a delight for old school and modern metal players alike.

Let’s play a game of guitar free-association. I’ll name a classic guitar; you think of the player (or players) most readily associated with it.

Strat? I’m going to bet you thought of Jimi.

See where this is going? Some guitar designs are inextricably linked with certain iconic players. They may not have been the first to use it (Buddy Holly and Hank Marvin were singing Strats before Jimi, and Les Paul birthed the model that would carry his name), and certainly won’t be the last, but they may well be the most iconic. So it goes with the Flying V: despite early adopters such as Albert King and Lonnie Mack, or latter day players like Lenny Kravitz and Kirk Hammett, the Flying V belongs to the German guitar heroes of the ‘70s and ‘80s. And so, when German guitar builder Framus (sister company to Warwick) approached Wolf Hoffmann of Accept about a signature guitar, his reply was “It’s got to be a V”.

As I write this, I’m trying hard to avoid lazy stereotypes about the excellent quality of German engineering, or comparisons to German cars, but it’s proving difficult. Suffice to say; this is a V, but not as we know it. Let’s start with the materials. The neck and body are both maple - no mahogany or korina in sight - and the fretboard is a beautiful slab of tiger stripe ebony. The traditional set neck construction has been eschewed in favour of a thru-neck design. The body is thinner, lighter and contoured for maximum player comfort. It boasts a 25.5” scale, 24 big frets and a Floyd Rose locking tremolo and locking machine heads, and it’s finished in a no-nonsense high gloss silver. It’s how I’d imagine a V designed by the team at Mercedes-AMG would turn out.

As you’d expect, the guitar sounds quite different to a traditional guitar of a similar design. Played unplugged it’s bright and clear, almost crystalline, with the kind of spank and snap I’d generally associate with superstrat style guitars. Plugged in, the sound is “hi-fi”, with plenty of highs and a punchy quality to the mids and lows. There’s no muddiness or looseness, which is perfect for heavy riffs and tightly tracked solos. The Fishman Fluence pickups are superb in this respect, with an exceptionally clear and transparent delivery. The pickups don’t seem to impart too much of their own colour, but rather exaggerate the nuances of the player. If you’ve got the chops, these pickups will faithfully translate what you’re putting in.

What’s interesting is that each of the three pickup selections seems to shine in a particular role. The bridge humbucker perhaps isn't the best clean sound in the world, but play it through a rainy amp or pedal and it springs to life with awesome note definition. The neck single coil is glassy and clear, and more reminiscent of David Gilmour’s signature EMGs than a traditional Strat pickup - quite a feat from a passive pickup! While there are some throaty lead tones to be had here, this position really shines on clean arpeggio work, as does the middle selection.

From a playability standpoint, this guitar is effortless. The quirks and foibles of vintage designs are totally absent here, and there’s a strong sense of uniformity and reliability. The frets are large and immaculately finished using Framus’s Invisible Fret Technology, with a more rounded crown than the most typical flat-topped frets you might expect to see on a V. Bends and vibrato feel like you’re playing on glass, with no friction, grittiness or creaking from the fretboard. Similarly, the tremolo system is smooth and remarkably fluttery; so much so that it even warbles ever so slightly under very heavy picking, although I can’t imagine this would be a problem unless you’re particularly reckless with your right hand.

In summary, this is definitely not your grandad’s Flying V. Everything about this guitar is performance-oriented and finely tuned for the heavy stuff, and while it’s not for vintage enthusiasts, it’s a delight for old school and modern metal players alike. 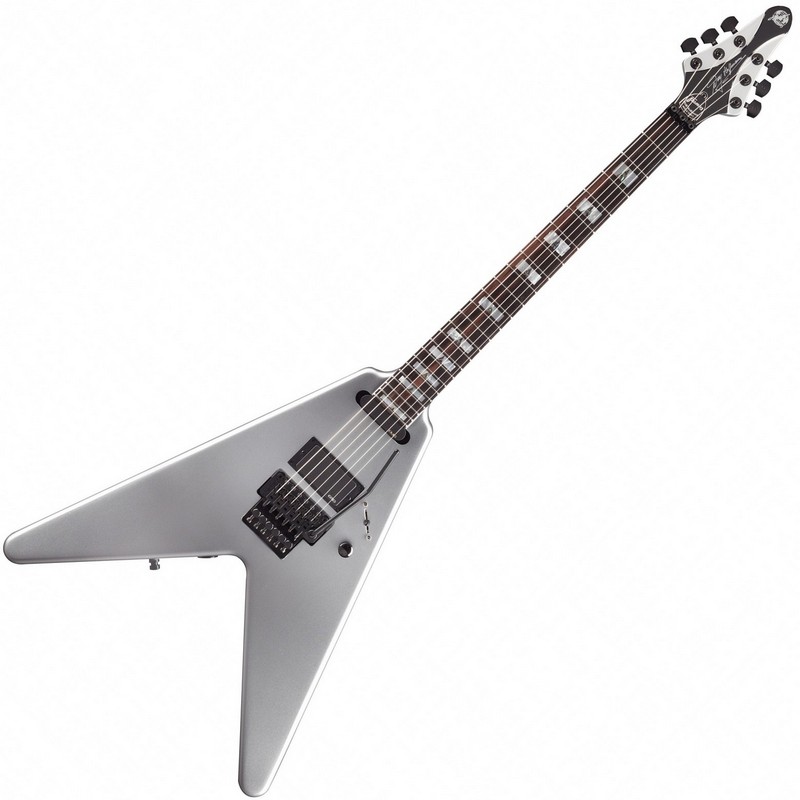