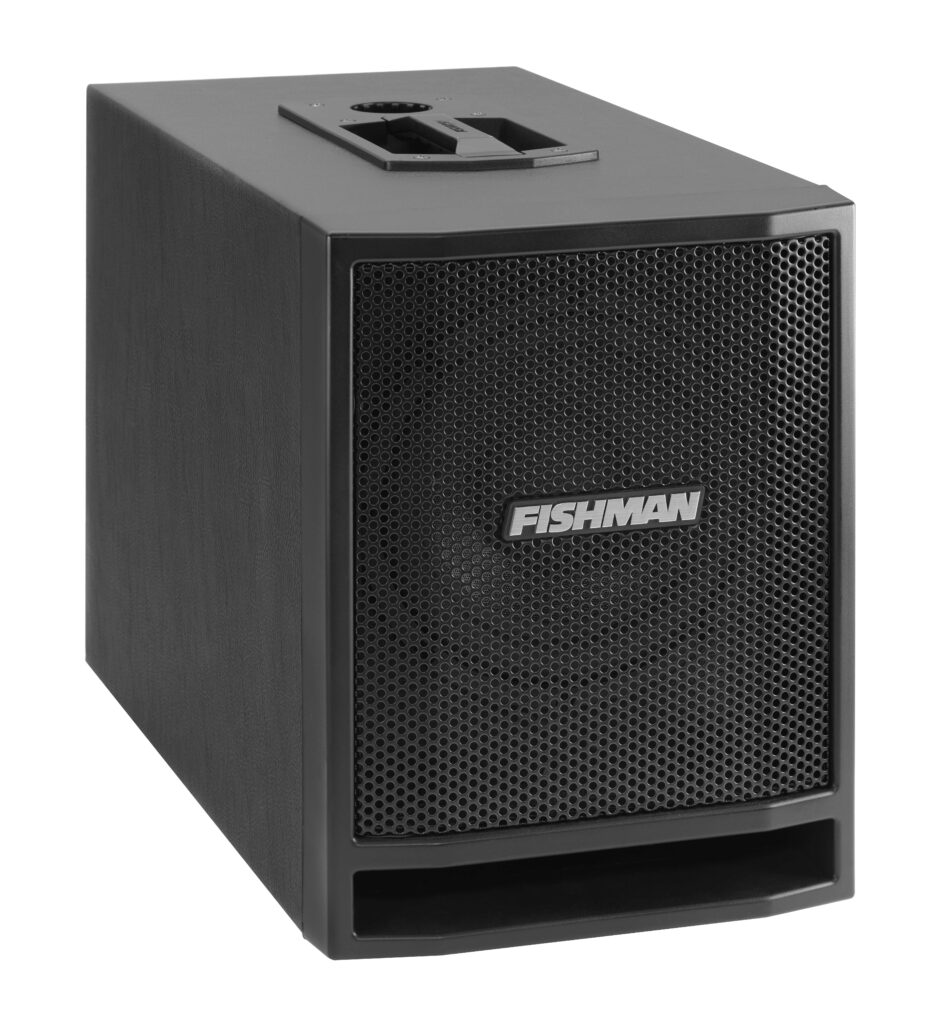 If you have the budget and you’re looking for a vocal/acoustic instrument amplification system for small to medium sized venues, then the Fishman SA Performance Audio System deserves to be on your audition list.

Back in 2008, Fishman released the SoloAmp – rebranded in 2009 as the SA220 Solo Performance System – which was the US company's entry into the portable active line array market category. Being not only acoustic instrument amplification specialists, but also one of the more innovative companies around, Fishman equipped the SA220 with an on-board 2-channel mixer and gave it a full-range frequency response. This combination produced a highly-portable amplification system that was ideal for a solo singer-guitarist.

Fast forward nine years to 2017, where Fishman has updated the SA 220 to the SA Performance Audio System, a portable, modular, mix-and-match acoustic instrument and vocal amplification system featuring the uprated and more powerful SA330x, a 4-channel mix expander (the SA Expand) and an active subwoofer (the SA Sub). Depending on your band’s line-up, you can start with a SA330x, add a SA Sub to give you more bass output and then add the SA Expand if you need more inputs.

The SA330x, with its thin, stand-mounted vertical configuration, will be familiar to anyone who knows its predecessor. Delivering 330W RMS bi-amplified (280W bass and 50W treble) through its uniquely-configured 'Modified Line Array' setup of six patented 4” dual-gap, neodymium woofers and a single 1” soft-dome tweeter, the SA330x produces a horizontally-focussed, wide dispersion soundfield that is more than capable of fulfilling the voice and acoustic amplification requirements of small to medium sized rooms.

The front panel of the onboard 2-channel mixer that sits at the base of the SA330x column features a XLR/jack combination input connector plus gain, 3-band EQ, low-cut, 12dB pad (with integral clip LED), phase switch, reverb level and anti-feedback notch filter (-14dB at 15-330Hz) controls for each channel. Phantom power to both XLR inputs is switched globally as are the four reverb presets. The gains balance the levels of the individual channels, while the Aux In and Monitor In controls mix the signals from their respective rear panel inputs with the mixer output. The overall level of this mix is set by the Master Volume and can be silenced by the Mute switch.

Input-wise, the SA330x mixer’s rear panel carries the XLR Monitor input, ¼” and mini TRS Aux In jacks (useful either as an additional input for, say, a keyboard or for replaying backing tracks and interval music etc.) and the Cat5-type connector for Fishman’s proprietary Accessory Port that provides power and audio input to products following that port protocol – for example the SA Expand 4-channel mixer. On the output side, there are three DI outputs (Ch1, Ch2 and a pre-Master Volume mix of these plus the Aux and Accessory inputs), a Sub Out (crossed over at 100Hz) and a Monitor Out.

The Monitor output is designed to be connected to the Monitor input of a second SA330X so that two performers can hear each other in their respective systems, but could also be used to feed an active floor monitor loudspeaker in a solo performance situation. The DI outputs could be used either to feed a recording system, or to connect to a house PA in a larger venue, in which situation the SA330x could be used as a stage monitor.

To finish off the onboard mixer, there’s the TRS jack for a twin footswitch to mute either both channels of the reverb and rotary control that can reduce the SA330x’s tweeter output by up to -6dB to help improve the sound in overly bright environments.

If you’re in a duo or a trio and need more than the two input channels offered by the SA330x itself, you can add the SA Expand via the Accessory Port protocol. Featuring four channels each with XLR/jack combination inputs gain, 12db pad, phase, three-band EQ that are essentially identical to those of the SA330x itself, plus globally-switchable phantom power and a TRS minijack Aux input, this extremely compact mini-mixer allows you to add additional microphones, instruments, keyboards and electric guitar pre-amplifiers if required.

Although the SA330x itself delivers a 71Hz – 20kHz full-range output, if you’ve got a keyboard or bass guitar in your band you’re going to want a bit more low-end in your sound, which is where the 30Hz-125Hz output of the 300W active SA Sub through its 8” custom driver is going to come in handy. The separate left and right inputs (with pass-through full-range outputs) are internally summed to mono to drive the sub, which means, for example, that two SA330x units could share one sub. Although the SA Sub can be crossed over at 80Hz, 100Hz and 125Hz, the 100Hz setting is the one to use with the SA330x as its output is high-passed at 100Hz when its Sub Out is in use. Completing the control complement are a volume control and switches for phase, ground lift, front LED on/off and LF Extension on/off, the latter removing the lowest frequencies to help compensate for a bass-heavy room when set to off.

Various accessories are available in addition to the twin footswitch mentioned earlier, and include an accessory mounting kit that enables you to pole mount the SA330x on top of the SA Sub, a slip cover for the SA Sub and a deluxe, wheeled carrying case that holds a SA330x, its tripod and that also includes a padded case for a SA Expand.

Setting up the SA Performance Audio System is simplicity itself and physically easy as all the components are easy to handle and are quite light. The SA330x on its own reproduces recorded music very well, although without the SA Sub in place, it can sound a bit bass light on tracks with a lot of low-frequency content. In its designed role as a vocal and acoustic instrument amplification system the SA330x performs to a very high level and I’d have absolutely no hesitation in gigging with it in any room with an audience capacity of 100-150 – so that’s folk clubs, restaurants, medium-sized village halls etc. Using it on its own with an electric piano, I found that I preferred the sound when the SA Sub was connected to it, and I also did like the extra depth in my voice and instruments when that sub was present in the system. The SA Expand proved to be an exceedingly convenient way of adding four extra channels and it was impossible to discern any difference in performance between its channels and the SA330x’s onboard ones.

There’s a lot to like about the Fishman SA Performance Audio System – it is a high quality system that sounds really great, it’s extremely portable and is simple and intuitive to operate. Although in comparison to many of its competitors it isn’t exactly cheap, it does offer a level of quality, performance and convenience that many potential users will find attractive. The fact that you can start out with a SA330x and then upgrade, if necessary, by adding a SA Expand and a SA Sub to build up a fully-configured system may also suit many users.

If you have the budget and you’re looking for a vocal/acoustic instrument amplification system for small to medium sized venues, then the Fishman SA Performance Audio System deserves to be on your audition list – you could well find that it is exactly what you’re looking for. 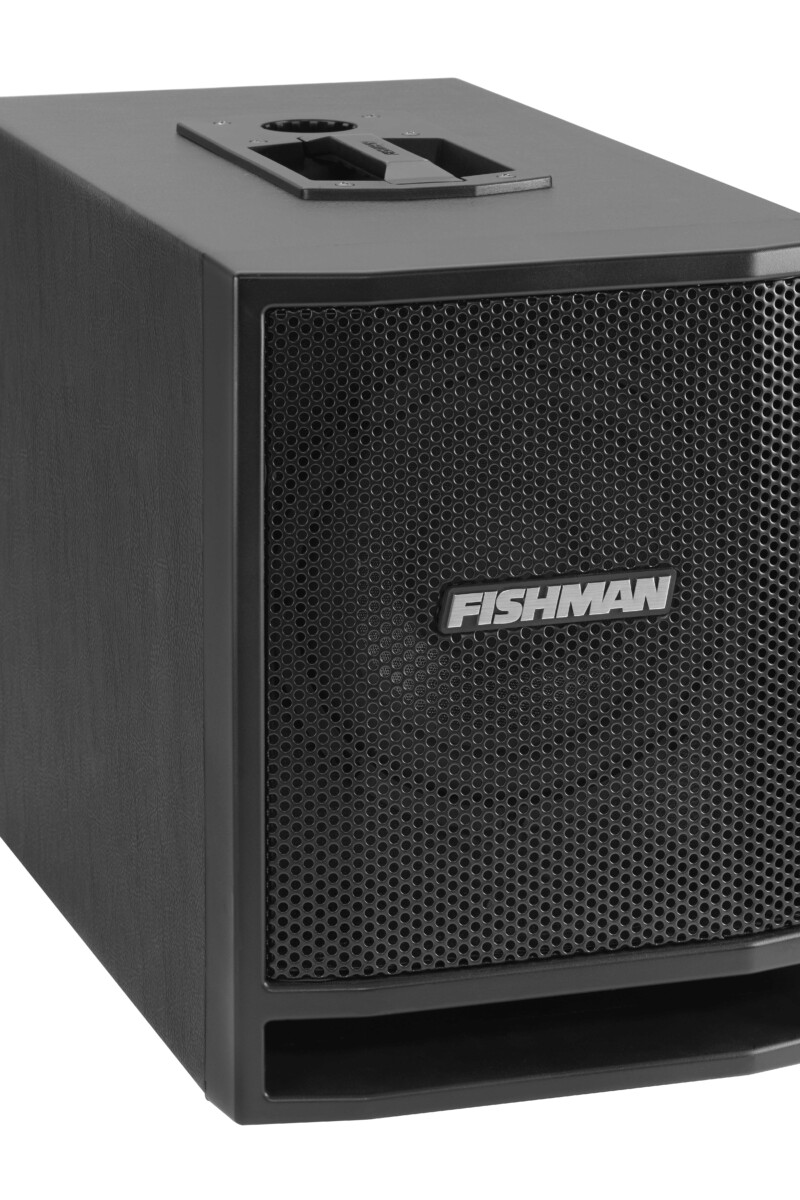 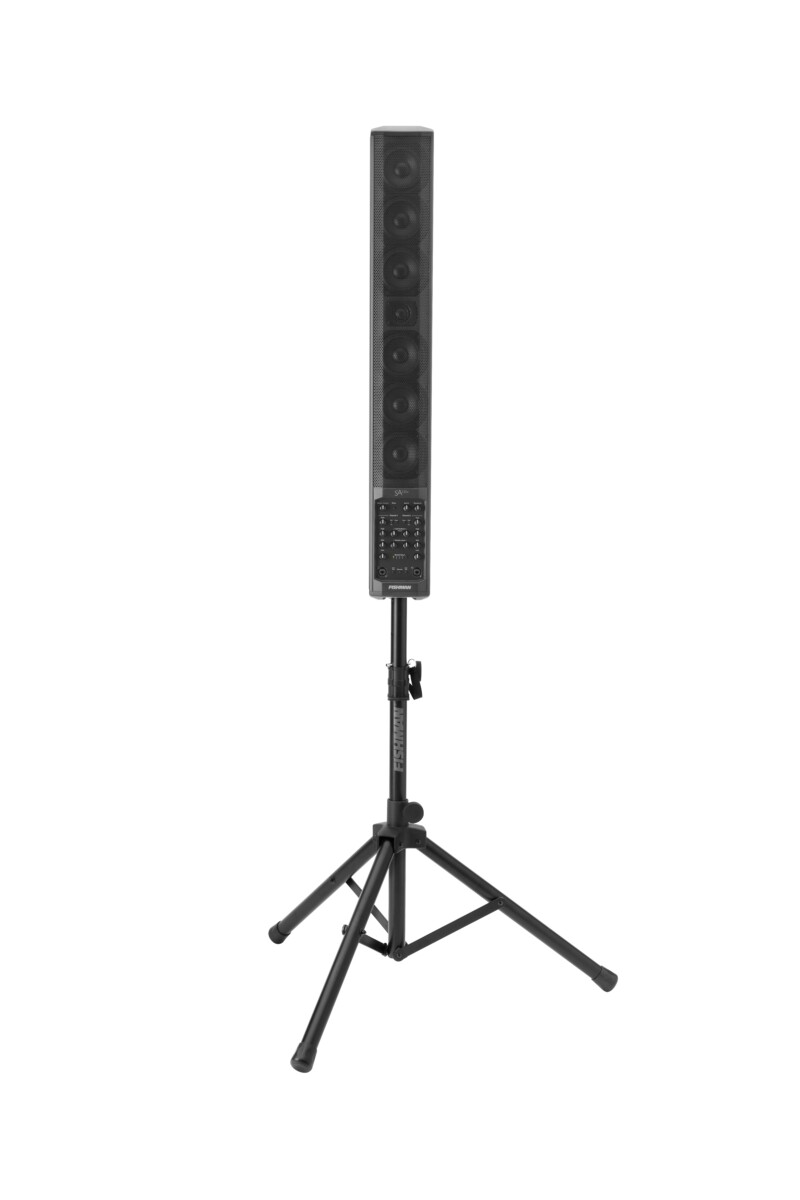 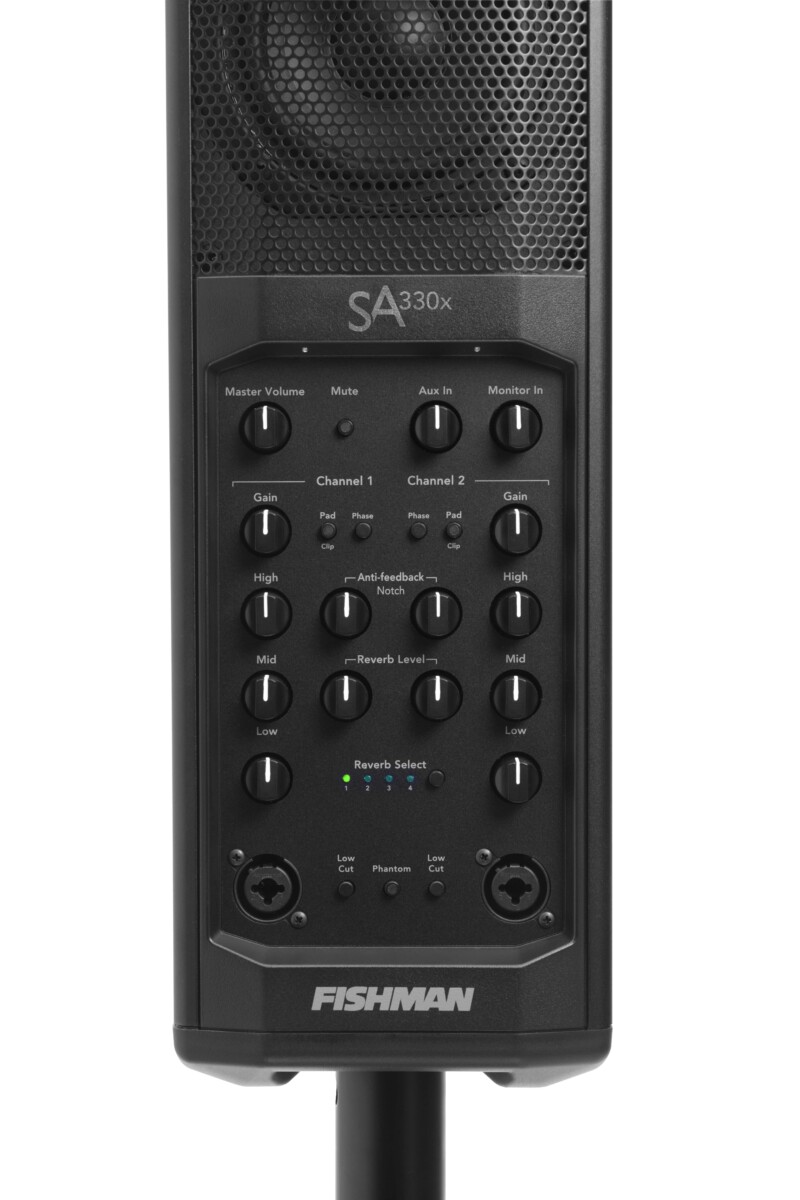