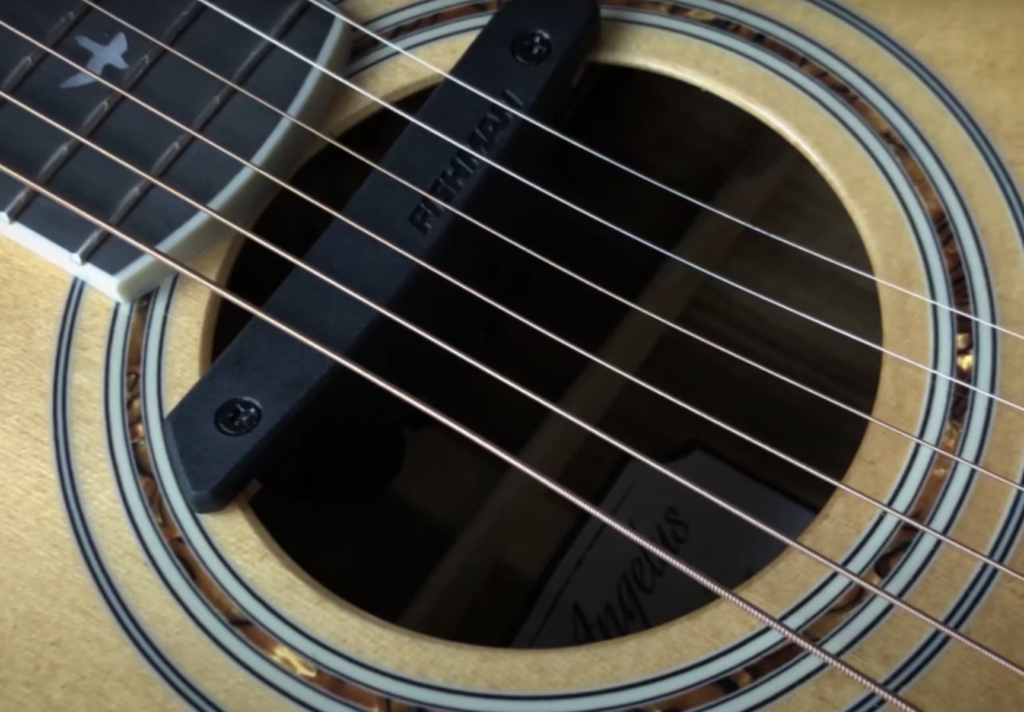 Earlier this year, Fishman unveiled the all-new PowerTap Earth and PowerTap Infinity pickup system for acoustic guitars. Featuring the new Tap body sensor, that when combined with either a Matrix Infinity (PowerTap Infinity) or Rare Earth (PowerTap Earth) pickup, opens up a new palette of sounds, interaction, and colour for players of all styles. Nick Jennison tells us more.

If like me, you've been playing the guitar for a long time now, you may remember electro-acoustic guitars from the 90s and 2000s. While there are undoubtedly tons of some superb instruments from that era, the pickups from that era can leave a lot to be desired. Most of them were quacky, excessively dynamic, lacked sustain, had a very bizarre frequency response and were generally an unpleasant necessity that gigging guitarists had to endure rather than enjoy.

Technology has advanced by a frightening amount since those days. Modern acoustic pickups are everything their forebears weren't: they feel natural, preserve your playing dynamics and touch and they sound fantastic… for most things. If you're playing the strings of the guitar, you're golden. But if you're playing percussive parts on the guitar's body, even the best pickup system will leave you wanting.

Fishman to the rescue. Their new Powertap systems combine some of their most popular pickups with their new Tap body sensor - a contact pickup specifically tuned for percussive playing. Now, soundboard transducers have been around a while, but they don't always work that well (or sound that great). The new Tap pickup, by contrast, is fantastic. It has an even dynamic response all across the guitar's soundboard and produces an authoritative and tonal sound that's a far cry from the dull "thud" you may be used to hearing from a contact pickup. The upshot of this is that you can fully exploit the whole range of sounds your guitar's body can produce, safe in the knowledge that Powertap will reliably put out what you're putting in. It's also incredibly resistant to feedback, especially the low howling "whale noises" that can plague some contact pickups.

Each of the two Powertap systems pairs the Tap sensor with one of Fishman's most popular pickups: the Powertap Infinity system incorporates their Matrix Infinity under-saddle pickup, and the Powertap Earth uses their soundhole-mounted Rare Earth Humbucker. As we've come to expect from Fishman, both systems sound excellent, but there are differences in performance between the two. Powertap Earth is very warm with a smooth treble response and along sustain, and installs without any drilling or having to pull your bridge saddle out. Powertap Infinity has more top-end sparkle baked in, along with a tone control that scoops the midrange as it boosts the lows and highs for more of a "modern" sound. It also has a "voicing" switch for  more low end, which is great for filling a room when playing unaccompanied.

Both systems offer the same clever routing options. The jack socket automatically senses whether you're using a mono or stereo jack, and changes the output accordingly. With a mono cable, the blend control adjusts the balance between the Tap pickup and the Matrix Infinity/Rare Earth pickup. Things get really interesting when you connect a stereo jack though, which routes each pickup to its own output, allowing you to apply different EQ and effects to each pickup. It also allows your sound engineer to balance the two out front for the perfect live sound.