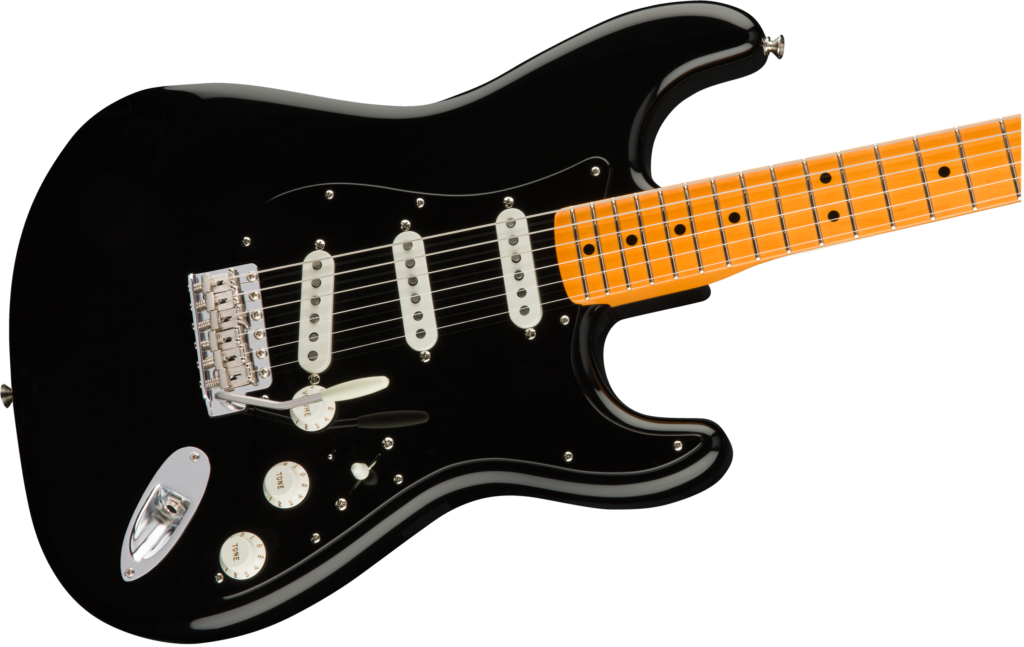 First, let's establish that this guitar is an exact replica of David’s famous Black Strat; and if you read the piece in this issue I have written on the guitar you will know how David chopped and changed parts including the bridge, several necks and pickups.

Way back in the first issue of Guitar Interactive we reviewed Fender's NOS Signature David Gilmour Strat in our Gilmour tribute launch issue. Sadly, that issue was completely lost in a server crash, which is why we have revisited Mr Gilmour now. When we decided to try again, we assumed the Fender's Gilmour relics were would be long gone, all in the hands of collectors. In glass cases. Unplayed. But we were wrong, as Jamie Humphries found out to his (and our) surprise!

For the fan, owning a replica of the guitar played by their favourite is the ultimate prize in their collection, and with the guitars being as famous as the guitarists that play them, there are plenty of signature guitars on the market to choose from. Fender has had a very successful signature series, with models for Yngwie Malmsteen, Jeff Beck, Eric Clapton, Buddy Guy and Ritchie Sambora to name but a few. Now, David Gilmour is one of the most famous and renowned Stratocaster players, so it was only a matter of time before Fender introduced his now famous and much documented 'Black Strat', which the company duly did, way back in 2008.

I actually reviewed the David Gilmour NOS signature Strat in the ill-fated first issue of Guitar Interactive, but if I am honest I wasn’t very happy with my review; the guitar landed with us literally just before I was due to film and there were a few key points I missed. With this issue heavily featuring David Gilmour and associated equipment, we had to feature a Strat but we didn't expect to be able to find any of the originals still around. But we were wrong. In fact I walked into our local guitar store, DV24/7 in Romford, Essex, UK, and there was one hanging on the wall! Needless to say, we borrowed it for this review.

First, let's establish that this guitar is an exact replica of David’s famous Black Strat; and if you read the piece in this issue I have written on the guitar you will know how David chopped and changed parts including the bridge, several necks and pickups. So with that in mind this guitar represents several eras of Fender Strats all bolted together! This guitar can be heard on some of Floyd’s most famous recordings including Dark Side of the Moon, Wish You Were Here and The Wall. This guitar has also been used on many of his solo recordings. Apparently, to make this replica, the original was stripped down, analysed and faithfully replicated, with two versions made available, the NOS and the Relic. As I say, we had no idea these were still available but checking around it seems they are.

Let's start at the headstock and work our way down. The neck on this guitar is a one-piece maple type and is based 1983 '57 vintage reissue neck, featuring a walnut skunk stripe on the back. The neck is a duplicate of David’s actual neck on his Black Strat. The headstock features a vintage 'spaghetti' style logo and houses the six Kluson machine heads and a single string tree for the 1st and 2nd strings. The fingerboard includes 21 vintage style frets and a synthetic bone nut. Being a faithful replica of DG's original, the fingerboard features some wear marks, as well as black dot inlays, and is finished in beautifully smooth nitrocellulose lacquer. The neck is attached to the guitar body with a four bold plate with the serial number stamp.

Now let's talk about the body. The original guitar body was from the late 1960s, and was, like many Fender guitars from that period, a sunburst that was over-sprayed in black. The body on this relic features accurate wear marks as well as the signs of modifications made to the original guitar, including the outline of where a Kahler bridge was fitted and also evidence of where an XLR socket was once added. The body is constructed from alder, and is also finished in nitrocellulose lacquer and it sports the famous single ply black scratch plate which houses the three white single coil pickups.

The pickups are: bridge, Seymour Duncan SSl-5 single coil, middle, a custom wound Strat single coil and, for the neck position, a Custom Shop Fat 50’s single coil. The guitar includes a single master volume and two tone controls for the neck and middle pickups, as well as a five-way selector switch. There is also an additional switch that engages the neck pickup with the bridge and middle pickup. Originally the Strat had only a three-way switch, so this modification allowed additional combinations. Although the three way was replaced, this additional switching makes this Strat unique, by allowing both the bridge and neck pickup to work together. The pickups, knobs, and scratch plate have all been authentically aged. The guitar includes a vintage synchronised tremolo unit with a bevelled tremolo block and a shortened arm.

On test, the guitar performed fantastically, in both sound and playability. The guitar has a good weight and, unamplified, it sounded very resonant. Like most Strats it was very well balanced, and the “C” profile neck felt very played in, with no rough fret edges or sloppy finishing.

I loved the short whammy bar. Being a Gilmour fan I am aware of the 'palming' technique he uses for vibrato and flutters, which I find slightly tricky on a regular sized arm but these techniques were a lot more comfortable, and I found I was able to control the bar a lot better.

Overall, the guitar sounded fantastic used both clean and distorted, with the bridge pickup sounding huge and thick with saturated tones. The ability to engage the neck pickup with the bridge really adds weight to the sound, and great for thickening up solo tomes, when swapping from rhythm crunch.

I was slightly disappointed with the NOS version that I tried before, but this Relic surpassed all my expectations. The guitar looks fantastic, the Relic work and ageing is exceptionally well done, and I have to applaud Fender’s fanatical attention to detail.

As you might expect this is quite an expensive guitar, but you do get a lot more than just the guitar. It comes with a custom case with lots of extras including the Black Strat book, by Gilmour’s long time tech Phil Taylor, custom leather strap, DG's GHS Boomer strings, a David Gilmour “Live in Gdansk” CD/DVD package, and an Evidence Audio guitar cable. This really is a great guitar and commemorative package for the Gilmour fan.

Is it worth the money? For the devoted fan, it has to be. There's no doubt that Fender has put a lot of work into it and it's as close as you are going to get to the original unless you plan on a career in burglary! 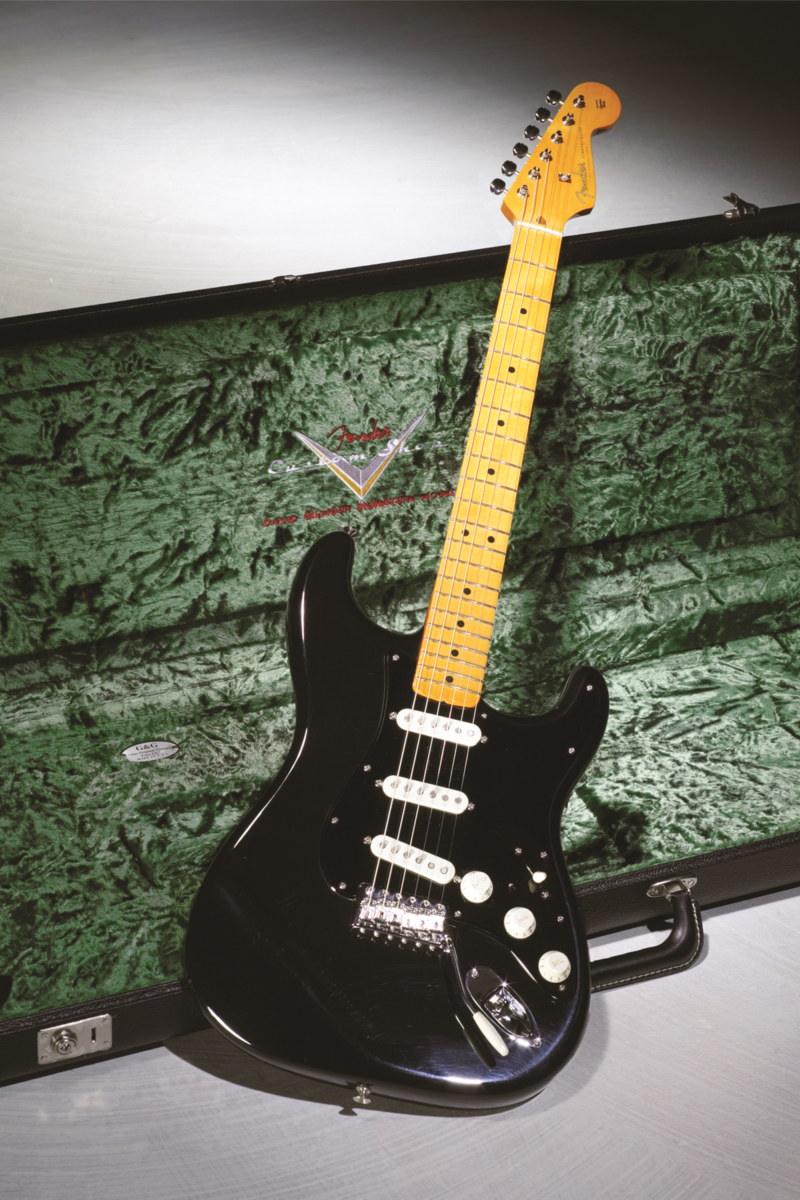 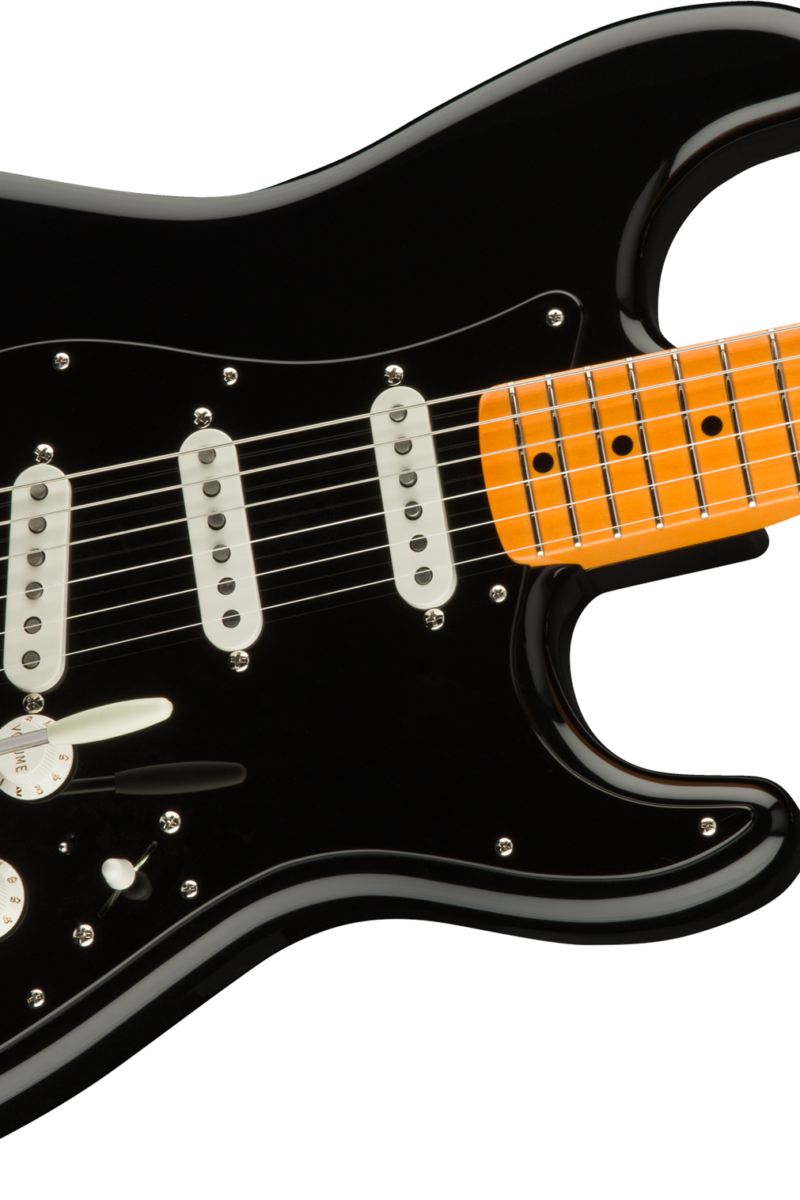 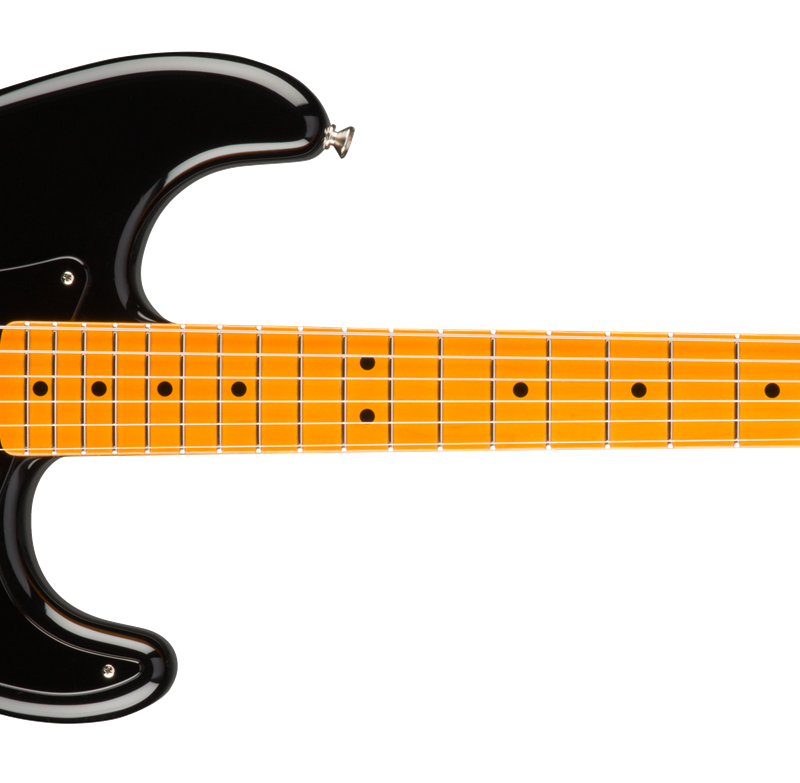 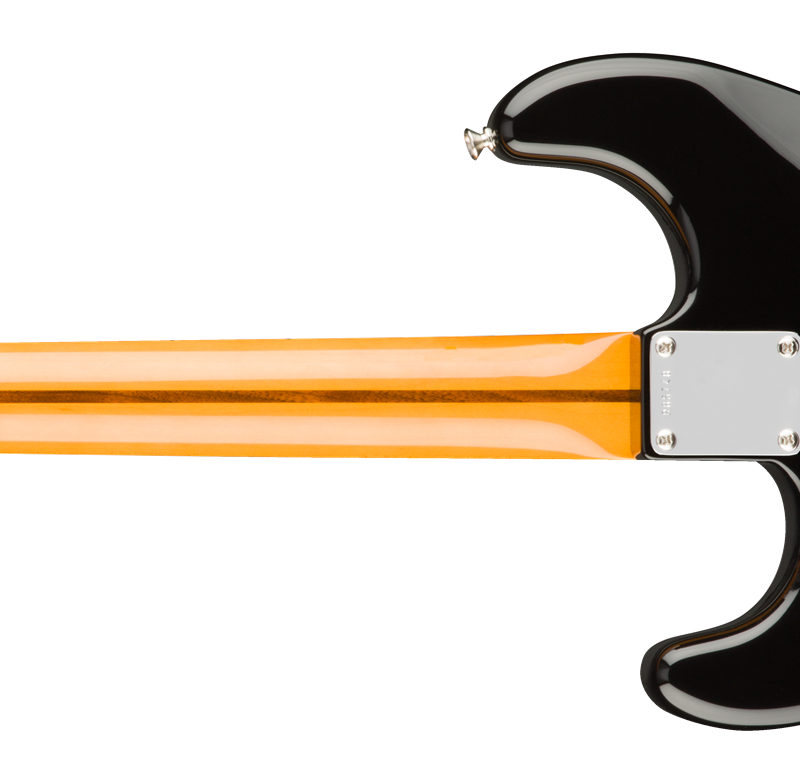 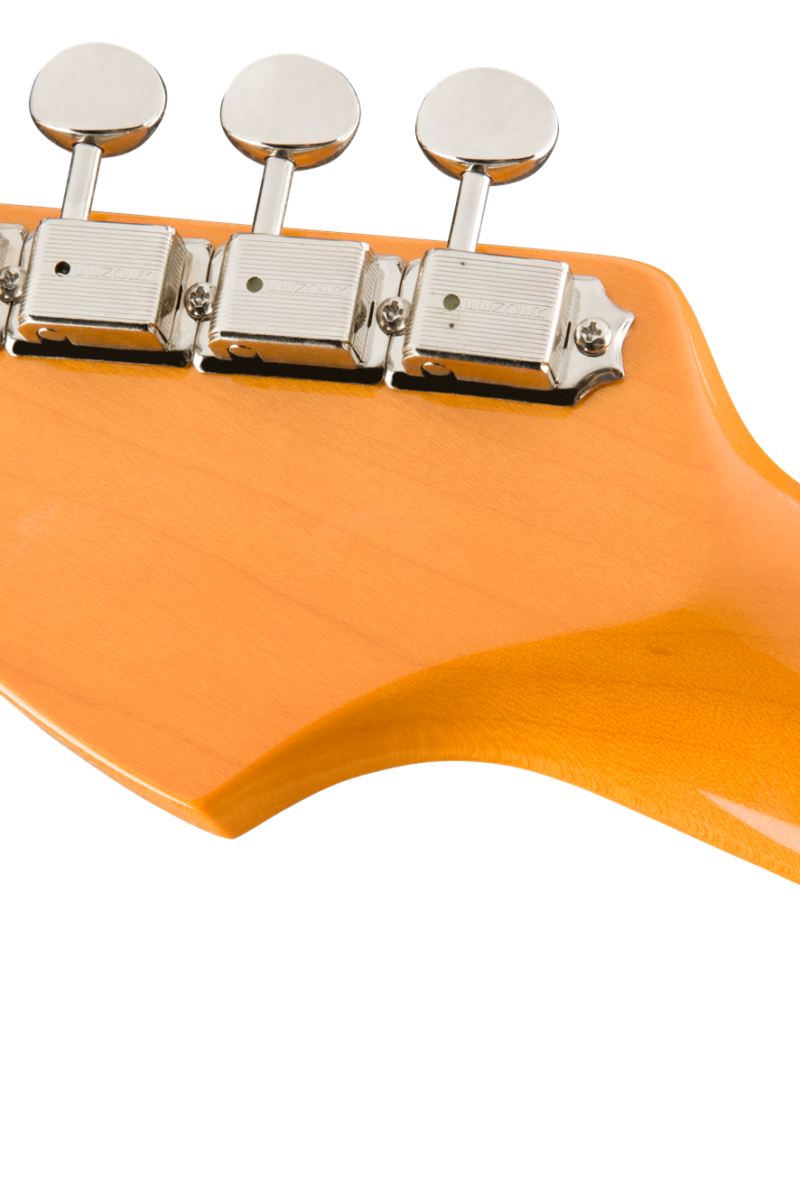 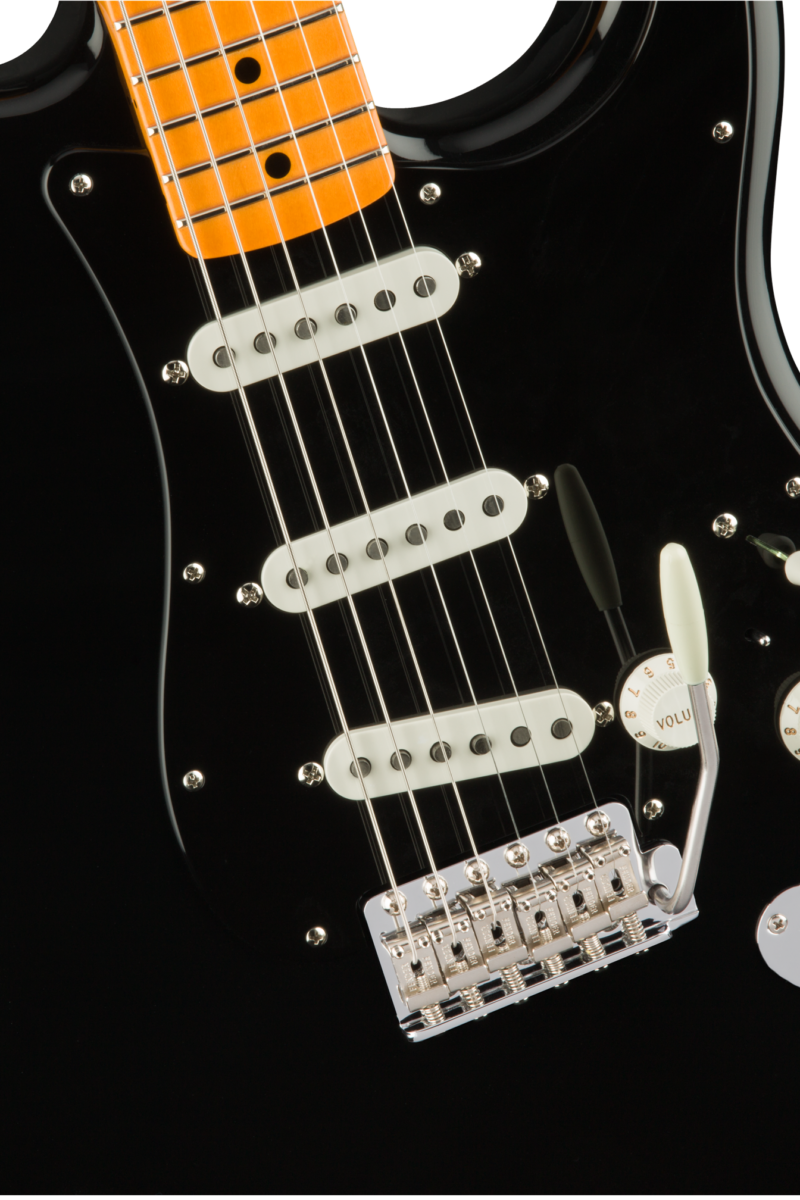 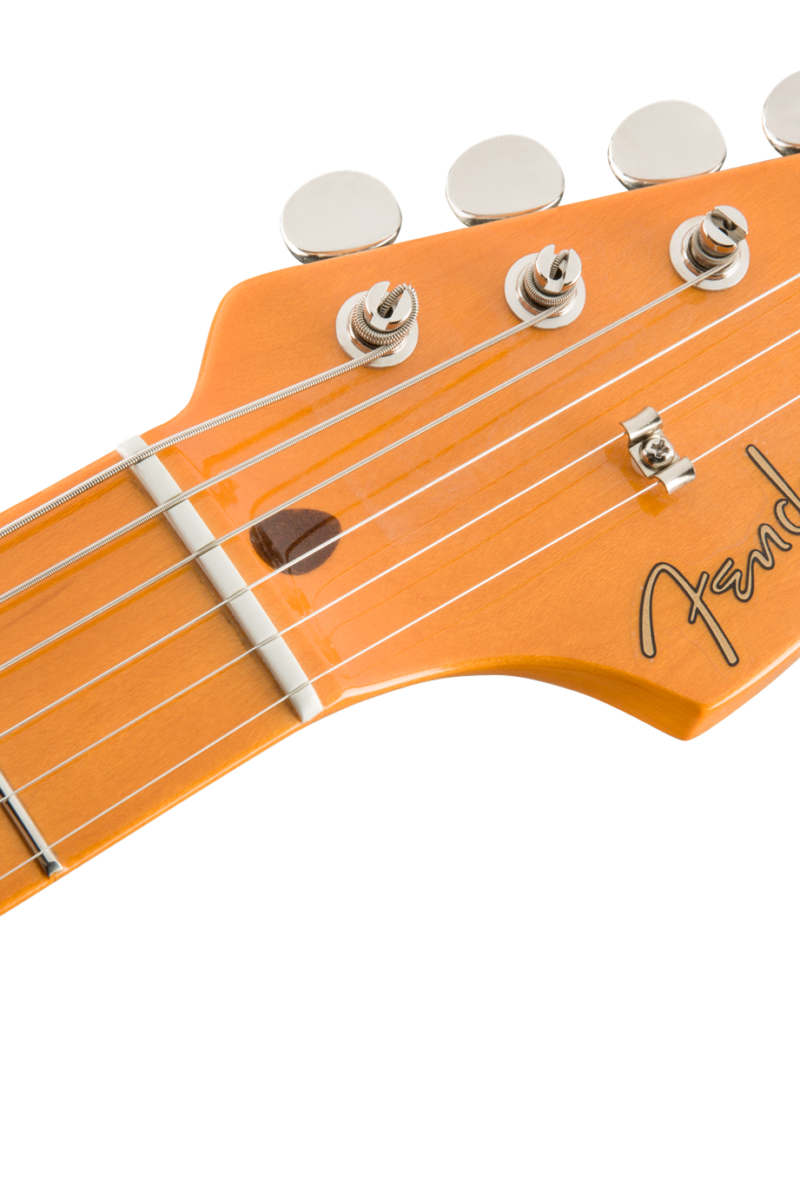