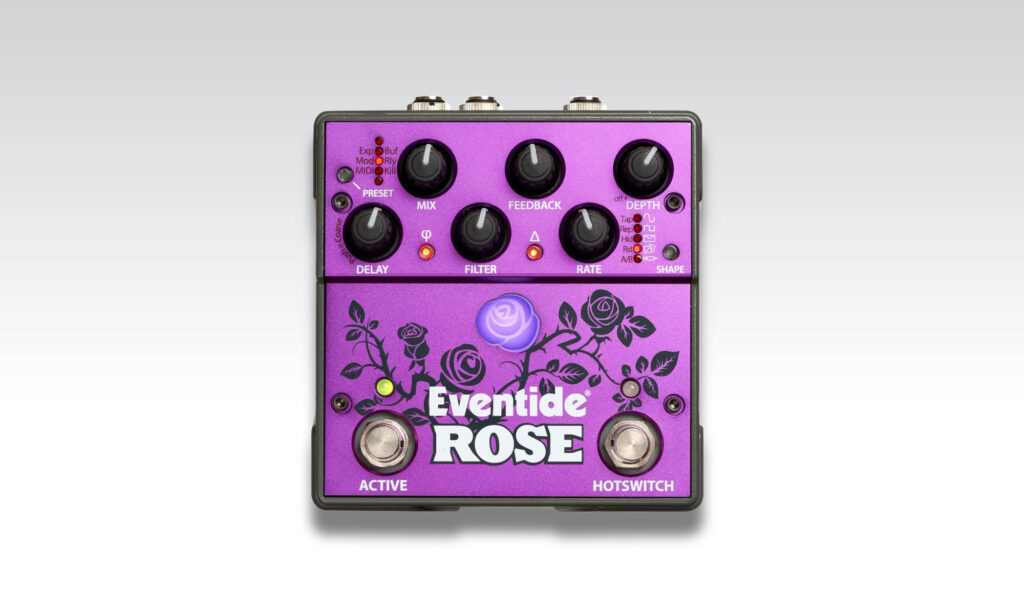 Probably the most versatile "analog" delay pedal on the market.

The manual could be a little clearer!

Eventide has been at the top of the digital effects world for decades now. Their H3000 was a "must have" unit for every rack-toting 80s guitar god and their immensely popular "-Factor" pedals (Time Factor, Pitch Factor, Mod Factor etc) carved out a niche in the pedal market that would later be filled by the likes of Strymon, Boss, Seymour Duncan and so many others. And of course, their outstanding H9 is a mainstay on countless professional pedalboards.

What these devices have in common is their pioneering use of DSP to offer guitarists huge versatility in a single unit. So when Eventide announced they were releasing a delay pedal with an analogue signal path, it came as something as a surprise.

Of course, The Rose isn't your common or garden delay pedal - it's absolutely dripping with features, and capable of so much sonic diversity it's positively mind-boggling! Featuring an all-important analogue dry path (something notably absent from their H9, Time Factor and Space pedals), along with an analogue feedback and filter control, the Rose has more than a touch of that classic analogue delay sound. Higher feedback settings will subtly degrade, and the low-pass filter sounds organic and natural. I would've liked to have seen a high pass filter to prevent low-end build up, but that's just my personal preference.

The delay time control allows for coarse and fine control of the delay time, from a huge 10 seconds (up to 50 seconds using the delay multiplier!) down to delays so short that they fall into the realm typically occupied by "modulation" effects. It's easy to forget that chorus and flanger pedals are essentially very short delays that create a comb filtering effect, and that's precisely the effect the Rose produces at the lowest range of it's travel. Hit the small button next to the delay knob and it flips the phase of the delayed signal for an even more dramatic effect. The same button will turn longer delays into a reverse delay.

The Rose also sports a very powerful modulation section. The usual rate and depth knobs control the speed and severity of the undulations, but the pitch can be modulated using a variety of "shapes", including sine wave, square wave, envelope and random. You can also use tap tempo to control both the speed of the delay repeats and the modulation.

The Hotswitch is a very powerful inclusion that allows for real-time control of many of the Rose's parameters. It can be set to operate either the phase/reverse control or delay multiplier buttons, or it can function as a tap tempo, and infinite sustain switch, a hold or reset switch for the modulation, or an A/B switch to flip between a two settings of any/all of the Rose's controls. Throw in the capability to store and recall up to five presets (each with A and B settings) and MIDI control and you've got some serious flexibility at your fingertips.

The Eventide Rose is a modulated delay pedal that's capable of everything from soaring lead delays and colourful slapbacks through to faux chorus/rotary tones and oddball ambiences - and you can instantly recall any of these sounds with the tap of a switch. But most importantly, it's a fun and inspiring pedal that can lead your playing in a thousand new directions. 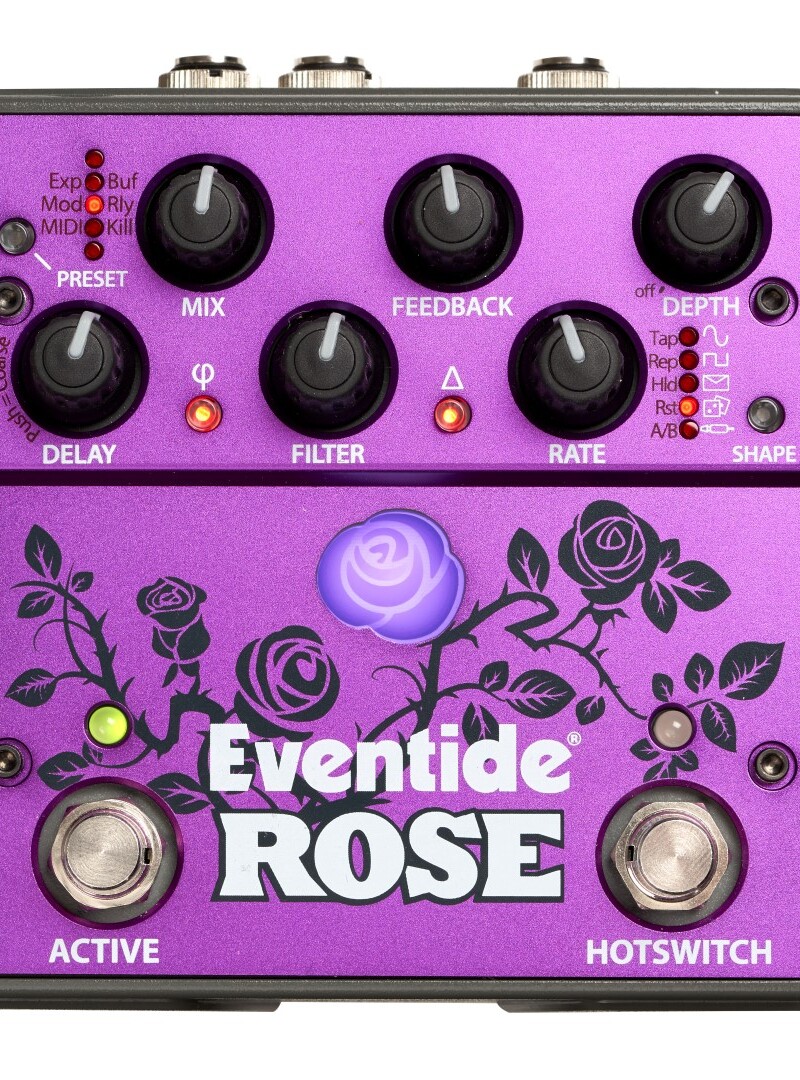 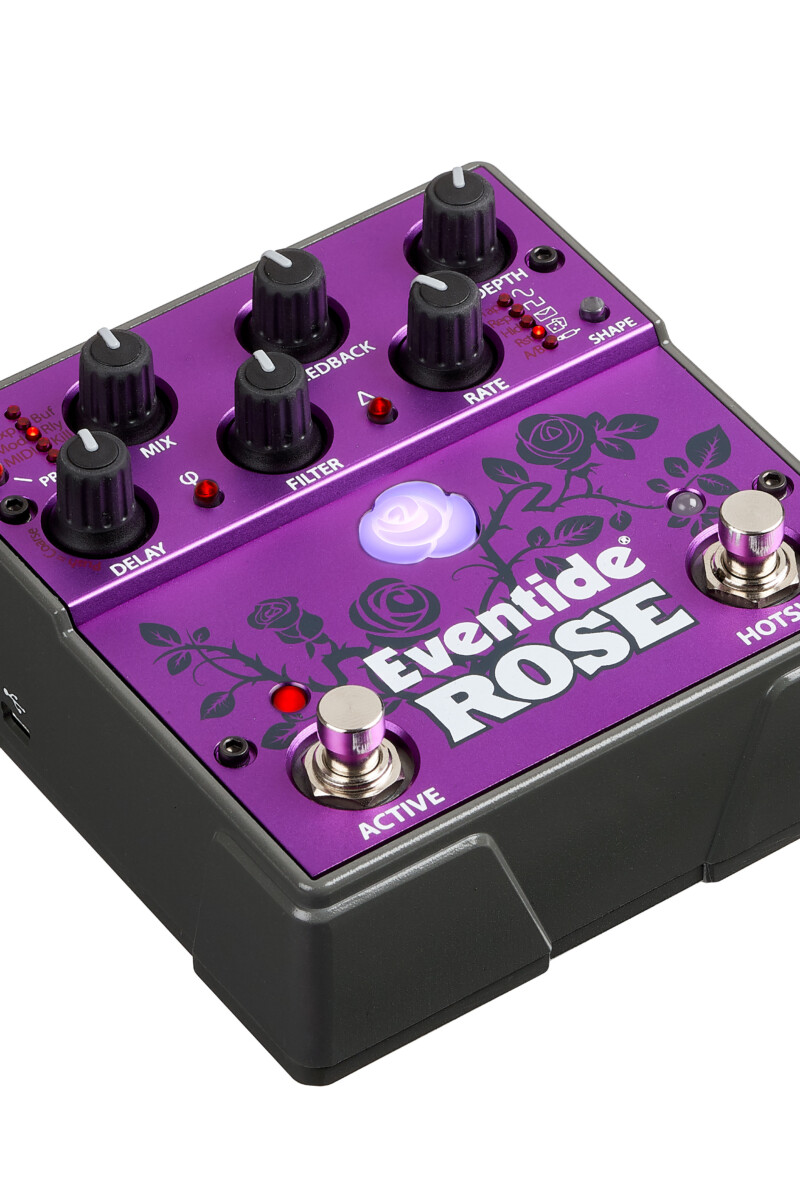 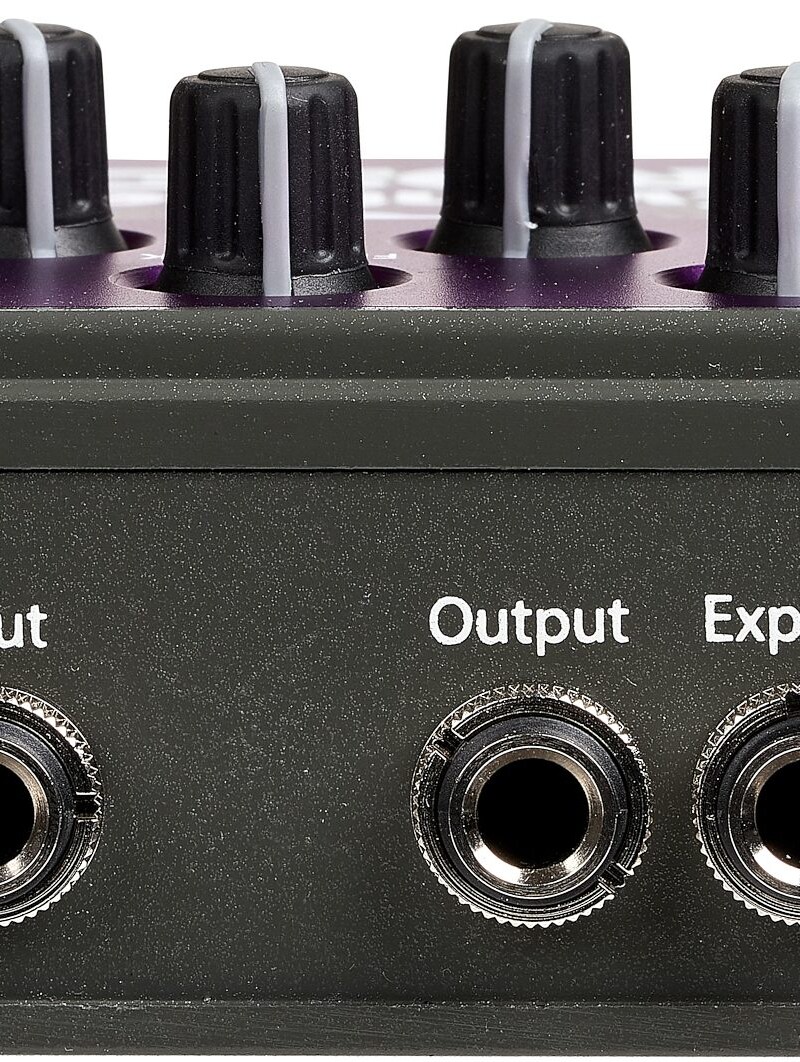