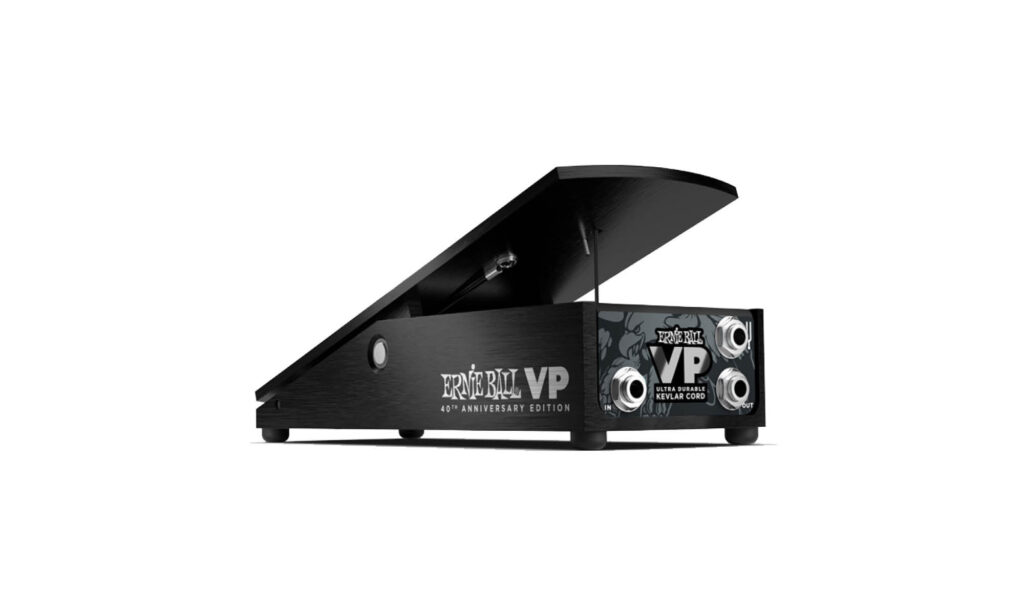 The Ernie Ball company have been producing high-quality strings and accessories since the late 50s/early 60s. Ernie Ball started out as a pedal steel guitarist, and the original design for this was a result of Ernie building his own volume pedal for his steel playing. The concept was very straightforward, and due to its simplistic yet indestructible design, the pedal became popular very quickly.

Well thought out upgrades and improvements to an already classic pedal.

Some guitarists may want something slightly smaller on their board

The humble Ernie Ball volume pedal has been a stalwart on many a musicians board for 40 years. To celebrate this industry standard piece of equipment Ernie Ball offer a 40th Anniversary version of the classic pedal with a few new upgrades. Jamie Humphries takes a closer look.

Although not as glamorous as a boutique overdrive pedal, or as lush as an expensive modulation unit, the humble volume pedal plays a major part of most guitar players pedal boards. The volume pedal has various applications; use it as a simple way to control front-end volume. Use its front end with a driven amp, and it’s a great way to either clean up your tone or send your guitar to a more saturated tone. Use it in the effects loop, and you have an overall volume of your guitar tone and send and return effects. You can turn the entire signal up or down with no increase or decrease in gain. You can also use it to control the level of various effects units when running a wet and dry rig; Steve Morse uses this approach to great effect. The volume pedal can also be used as an effect for swelling in notes or chords with out hearing the pick attack. A great example of this application of a volume pedal is Mark Knoplfer’s emotive melodies on the Dire Straits track “Brothers in Arms.”

The Ernie Ball company have been producing high-quality strings and accessories since the late 50s/early 60s. Ernie Ball started out as a pedal steel guitarist, and the original design for this was a result of Ernie building his own volume pedal for his steel playing. The concept was very straightforward, and due to its simplistic yet indestructible design, the pedal became popular very quickly. The mechanism was very straightforward and based on a simple string pulling system. The only real component that could go wrong was the string, which was very easy to replace.  The original design was changed slightly; instead of the chassis being constructed from iron, it was constructed with a lightweight aluminium. The jack sockets were no longer located on the side, but instead the front of the pedal. Due to the success of the pedal various version were made to cater for a wide variety of applications including a stereo version, an amp switching version, and eventually, the “junior” version requiring considerably less real-estate on your pedal board.

Jump to 2017 and countless volume pedal sales the Ernie Ball company are celebrating the success of this industry standard with a 40th Anniversary version of the pedal. Although pretty much the same concerning design, the pedal features a few tweaks, as well as a cosmetic makeover.

First off EB has chosen to use their junior pedal as the basis for the Anniversary model, so up to 22% smaller than the original pedal size. The limited edition volume pedal features a stunning slate black finish on the metal casing. The pedal itself has a gripping not slip surface with the Ernie Ball eagle decal embossed on the pedal; four black rubber screwed in feet make sure that this pedal is going nowhere, even on the sweatiest beer soaked stage! The front panel boasts three jack sockets; input for your instrument, output to your amplifier, and a tuner out that feeds a constant signal to your tuner. You can keep an eye on your tuning as you play, plus pull the pedal back for silent tuning. The pedal features both passive and active compatibility which is useful when swapping between different guitars with either passive or active circuitry. Another of the design improvements is the new toughened ultra-durable Kevlar cord, replacing the original string. This new PCV coated Kevlar cord is more durable and stronger, with increased traction and constant tension. This is a great addition, as one of the wear signs of the old string meant that as it stretched with age meaning the pedal would sometimes suffer from signal bleed when in the closed position. The pedal also includes a small interval switch that switches between two different volume tapers and the position of the peak of the volume swell.  As well as new improved features, the pedals make over is as sexy as anything, and will look striking on your pedal board.

In use the pedal feels great under your foot; it feels sturdy and solid, and the junior design although smaller has a substantial area for the biggest size boots! The action of the pedal feels very smooth with a consistent tension from heel to toe position; making it an excellent pedal for creating subtle swell effects during performance. The Switch tapering is quite subtle but the peak of the second setting is audibly different, with the original setting having a slightly smoother volume curve. When the pedal is in the off position there is absolutely no volume bleed even when the amp is cranked on high gain.

This pedal delivers as you would expect, and as a long term user of the EB volume pedal myself, I have taken delivery of two of the 40th Anniversary volume pedals for my touring board; one for magnetic signal and one piezo signal. The new updates to this classic design have to my mind made the classic design even better, both in terms of performance and its appearance. If you are in the market for a new volume pedal to my mind this is by far the best on the market. 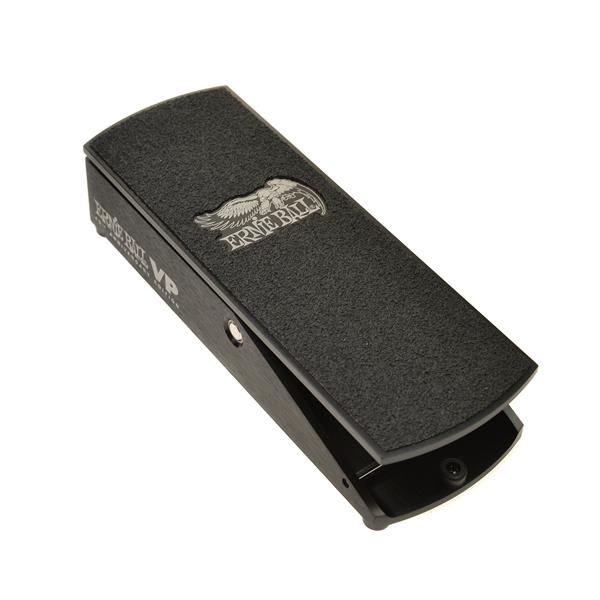 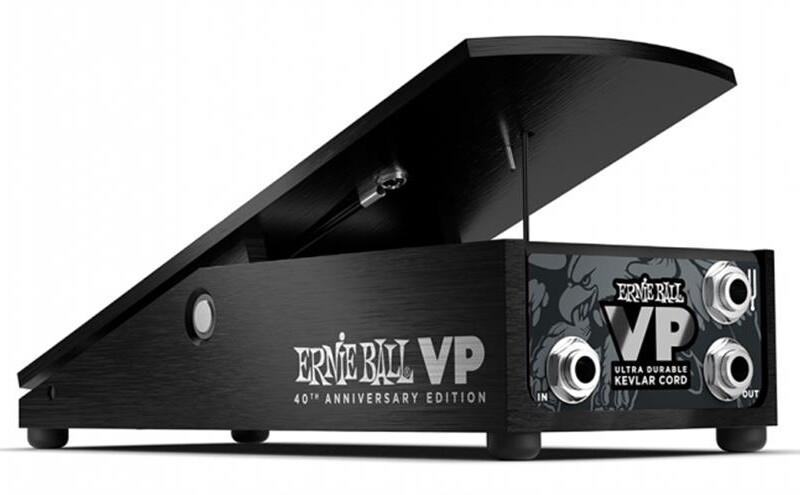