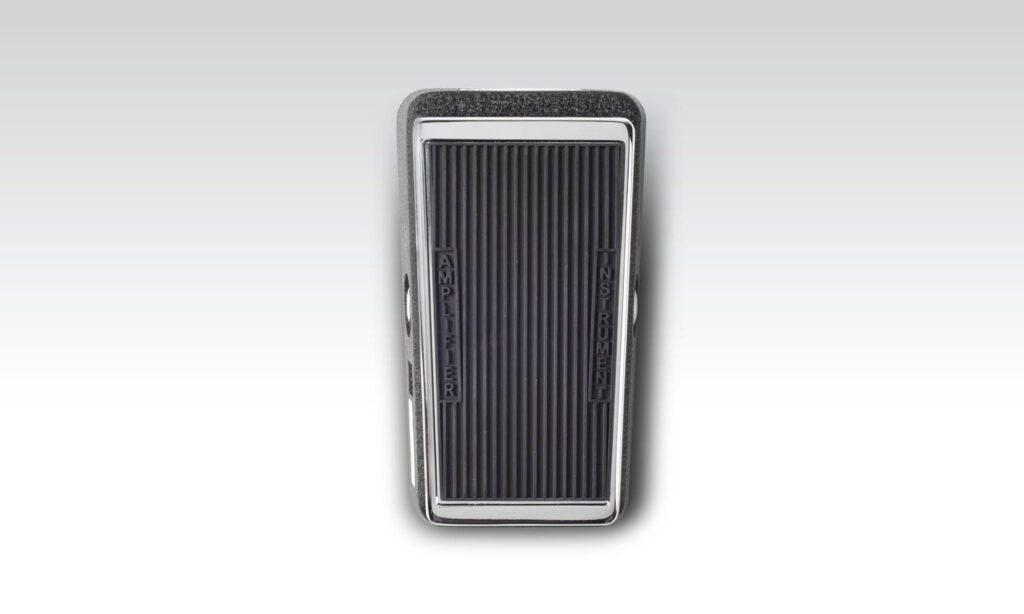 When you talk about classic tracks that use the Wah, Hendrix is always at the top of the list.

A tonally authentic replica of Jimi’s original Wah pedal, in the space-saving mini Wah format, plus its true bypass

A fantastic updated version of a classic pedal, with a totally authentic tone

The small size may take a bit of getting used to... especially for those of us with large feet!

This is a very stylised sound, and a luxury addition to your board as you wouldn’t use it for your core tone.

Dunlop/MXR celebrate guitar legend Jimi Hendrix with an official range of classic pedals in regular stomp and mini format with striking Hendrix artwork. Over the next two issues, Jamie Humphries takes a closer look at the full range of pedals that celebrate the tones that have inspired generations.

If there was ever a guitarist that continues to inspire guitar players it has to be Jimi Hendrix. With such a timeless catalogue of fantastic compositions showcasing his  legendary guitar skills, Hendrix still inspires guitarists young and old, as well as inspiring the production of guitar related musical products  Dunlop USA who have produced the legendary MXR range for a number of years have teamed up with the Hendrix estate to release a series of pedals based on the original units used by Jimi, but in regular single switch, pedal board friendly sized units, sporting official Hendrix artwork. As well as making the units in a consistent sized casing, Dunlop has produced an official Hendrix Cry Baby in their hugely successful Mini Wah format.

Guitarists have for decades been striving to achieve the fabled Hendrix sound, and thanks to Dunlop you can now purchase a full range of Jimi’s most converted effects that will help you achieve those iconic tones from his most famous tracks. We have chosen to split the review of this full range of pedals over two issues of GI, kicking off with the Mini Wah and the Octavio fuzz.

When you talk about classic tracks that use the Wah, Hendrix is always at the top of the list. Who hasn’t plugged into a Wah pedal and launched into the intro of “Voodoo Child (Slight Return)” Hendrix pretty much set the bar for how this effect should be used; with lazy muted rhythmic chops and vocal/vowel like guitar licks. The Wah pedal was a relatively new effect when Jimi erupted on to the music scene in the late 60’s, but he adopted it as one of his signature effects, and used it on many classic studio and live recordings. When playing the music of Jimi Hendrix a Wah pedal is as important as the guitar itself!

Jimi used a Thomas Organ Company designed Wah which was produced by Italian manufacturers Jen, and can be heard on countless Hendrix tracks. Dunlop has taken the tonal sweep of that original classic Jen Wah and housed it in their compact mini Wah chassis, requiring a considerably lesser amount of real estate on your pedal board. This new version of the classic Jen Wah used by Hendrix can now benefit from other modern pedal features including true bypass. As good as they sound, old non true bypass Wah pedals are real tone suckers when not switched on, reducing the signal gain as well as top end. With the Hendrix Mini Wah, you get that classic tone, while your core tone remains pure and unaffected when the unit is disengaged. The pedal features a very stylish chrome top rocker as well as a black gator base, which will prevent it from slipping around on the floor when in use, plus the lack of the standard rubber stud feet makes it ideal for attaching to your pedal board. The Jimi He eric signature decal is featured on the front of the pedal adding to its stylish visual appeal.

In use, the pedal delivers a beautiful full sweep, which covers a very broad EQ curve. The tone of the pedal isn’t too harsh and biting when in the toe position, making it perfect for your classic 'wacka-wacka' funky rhythms, to expressive vocal leads. Backing the peals off between the heel and toe position and you have a fantastic vowel quality, that has a rich, warm mid range that’s  great for getting you lead lines through a mix. I have been using this pedal on a resent tour, and what was instantly appealing was its size and how it would fit with ease on my fly rig board, a Pedaltrain Metro. Tonally the pedal is fantastic, although the one thing that takes a slight bit of getting used to is the size of the rocker; it can feel slightly strange going from a full-sized Wah to the much small rocker pedal. It took me a while to get a comfortable foot position to enable me to manipulate the Wah as I would a full sized pedal. But don’t let that put you off, I’ve got very used to the smaller foot print, plus this Mini Wah really packs a punch.

This is a fantastic pedal; it sounds incredibly authentic its true bypass, it takes up a fraction of the space of a full sized Wah on your board, and yeah it looks awesome!! I would seriously consider this Wah if you want to free up some space on your board, or like me, you do a lot of fly dates where you don’t want to compromise your tone, but space and weight are important.

Another effect synonymous with Jimi is Fuzz, and the more psychedelic sounding Octavio Fuzz. This effect can be heard on such classic cuts as “Fire” and “Purple Haze”, and for those of you wishing to achieve an instant Hendrixian vibe then this pedal is a must. Originally designed for Hendrix by technician Roger Mayer, the Octavio Fuzz incorporates a classic fuzz effect with an added higher octave note. Due to the slightly crude nature of the effect, the sound has a very stylistic psychedelic sound.

Dunlop had previously released an exact replica of this classic pedal the JH-OC1. This new version of the pedal features a smaller casing, the size of a phase 90, so requiring less space on your pedal board than the rather cumbersome original. The Octavio Fuzz incorporates the original cheese wedge circuit, and s 100% authentic in recreating the original tone. The Octavio Fuzz includes two rotary controls, level controlling the overall level of the effect, while the fuzz control controls the intensity of the fuzz effect. The pedal features a standard on/off stomp switch with a blue light to show the pedal is engaged.As well as the advantages of the size of this update version of the pedal, this new version also benefits from a true bypass circuit. The sturdy silver casing is decorated with the stunning Gered Mankowitz portrait of Jimi embossed on the units front fascia. The pedal includes instrument input and output on the side of the unit, as well as the 9-volt power jack, for easy connection within your effects chain.

In use this pedal is very dynamic and really responds to the intricacies of your playing. The effect can range from a subtle mellow fuzz, to a very aggressive fuzz, the more intensely the fuzz is driven the more prominent the octave effect becomes. This pedal will work great on either a driven or a clean amp tone, although I have to admit I prefer to run it how Jimi would have, through a slightly pushed amp.

This pedal sounds fantastic and is ideal for anyone looking to add that psychedelic Hendrix tone to their playing; obviously employed by the likes of Steve Ray Vaughan and John Fusciante, the Octavio Fuzz will inspire you to play very stylistic licks, and is a great pedal to add to your board if your either a full Hendrix fan or looking for a cool additional lead tone. 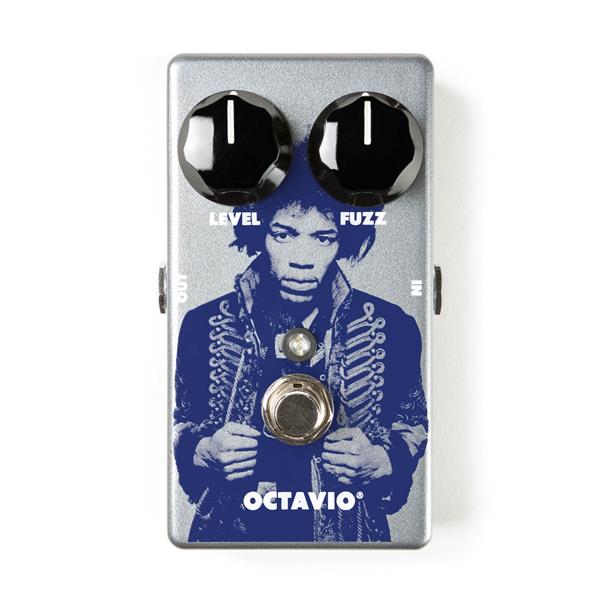 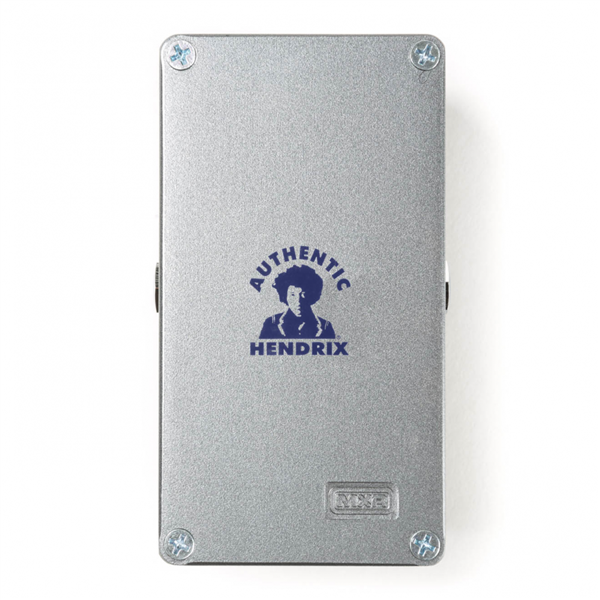 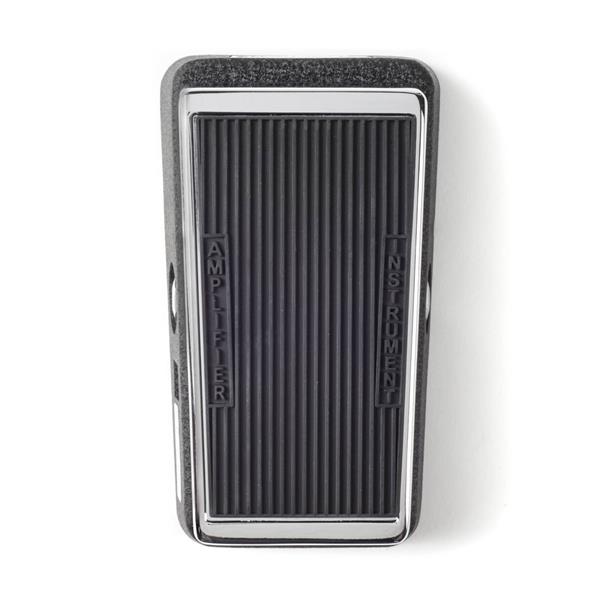 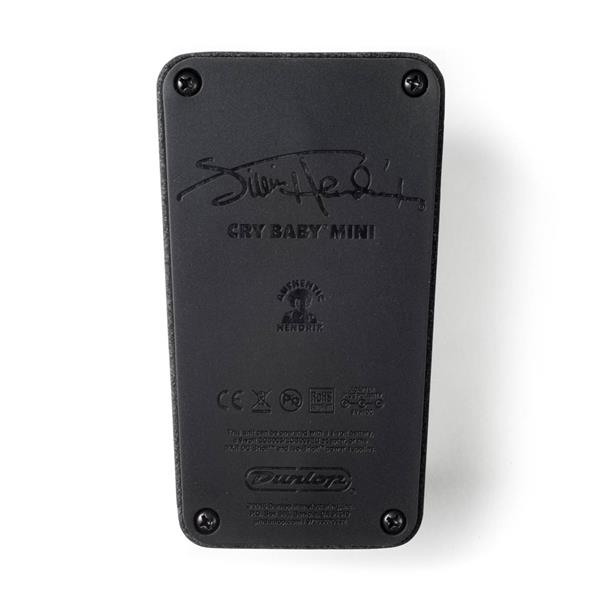 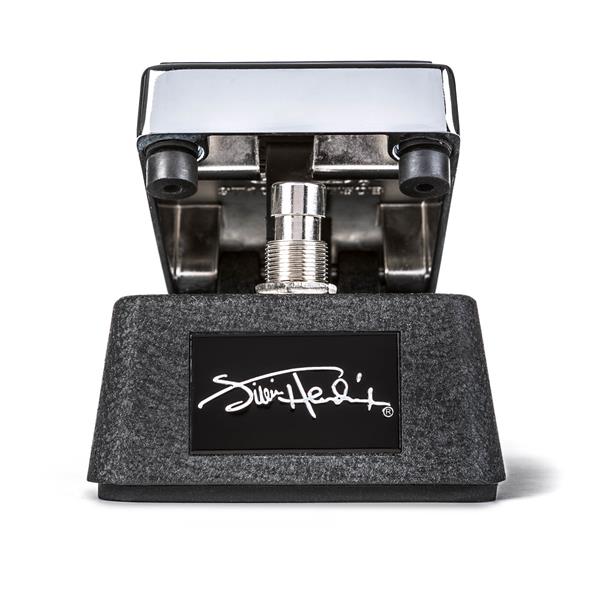