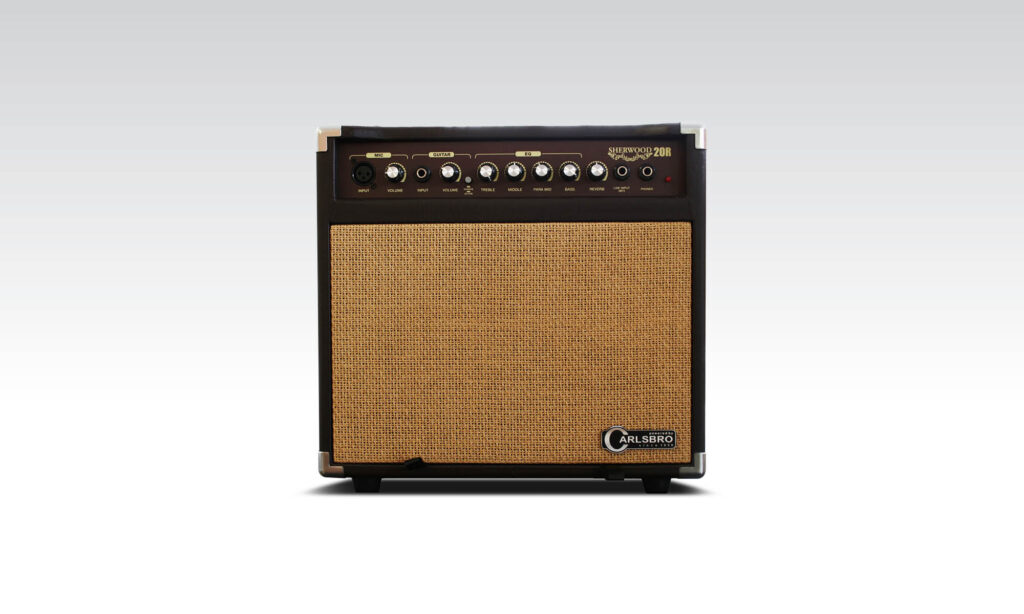 20 watts may not pack enough punch for some.

Individual volume for each input

Following on from the success of the larger Sherwood 30&60 models, the Sherwood 20R from Carlsbro has been designed as the perfect tool for the solo artist playing acoustic sets/singing in small venues. Bob Thomas tells us more.

Carlsbro, although perhaps best-known these days for its line of electronic drum kits, is a UK company with a long history in guitar amplification that includes being one of the early pioneers in acoustic guitar amplification. Although thenew Sherwood 20R is significantly more petite (and lighterat 10.5kg) than the original Sherwood 100W combo with its 15” speaker that I carted around in the back of my car in the 1980’s, it is, despite its diminutive size, a true successor to that heritage.

Designed for a small venue or home use, the 20R’sattractively covered solid cabinetthatis designed to be usedeithervertically or in a tilted back position. 20 watts of solid-state amplification drive a 6.5” woofer with a co-axial tweeter, the combinationdelivering a 70Hz to 12kHz frequency response.

The front panel carries the microphone XLR and instrument ¼” jack inputs, each with its ownlevelcontrol, a 3-band, swept midrange EQ and a fully variable send to the onboard spring reverb. This reverb has real springs, not electronic emulations andis physically well isolated as hitting the cabinet accidentally doesn’t produce the familiar howling clang.

A TRS stereo ¼” jack socket, rather than a stereominijackconnector, provides a line input for an mp3 player, drum machine etc. and, sitting next to it, there’s a second TRSstereo ¼” jack socket for a set of headphones in case practising with the amplifier isn’t going down too well with you flatmates or family.

Despite being physically small, the 20R puts up a very creditable performance and, with a bit of EQ tweaking, delivers an accurate acoustic guitar sound that doesn’t sound strained even under some heavy hitting.

TheCarlsbro20R is one of those amps that I would quite happilypractice with and thentake along to a small folk club or restaurant gig. Although it doesn’t have the powerto fill a large room and drown out the chatter,it does sound good and, given the performance that it delivers at its price, it is a bit of a bargain if you’re looking for a low-power acoustic guitar amplifier for practice or for small gigs. It’s well worth taking a listen to if you’re looking for an amp in this category. 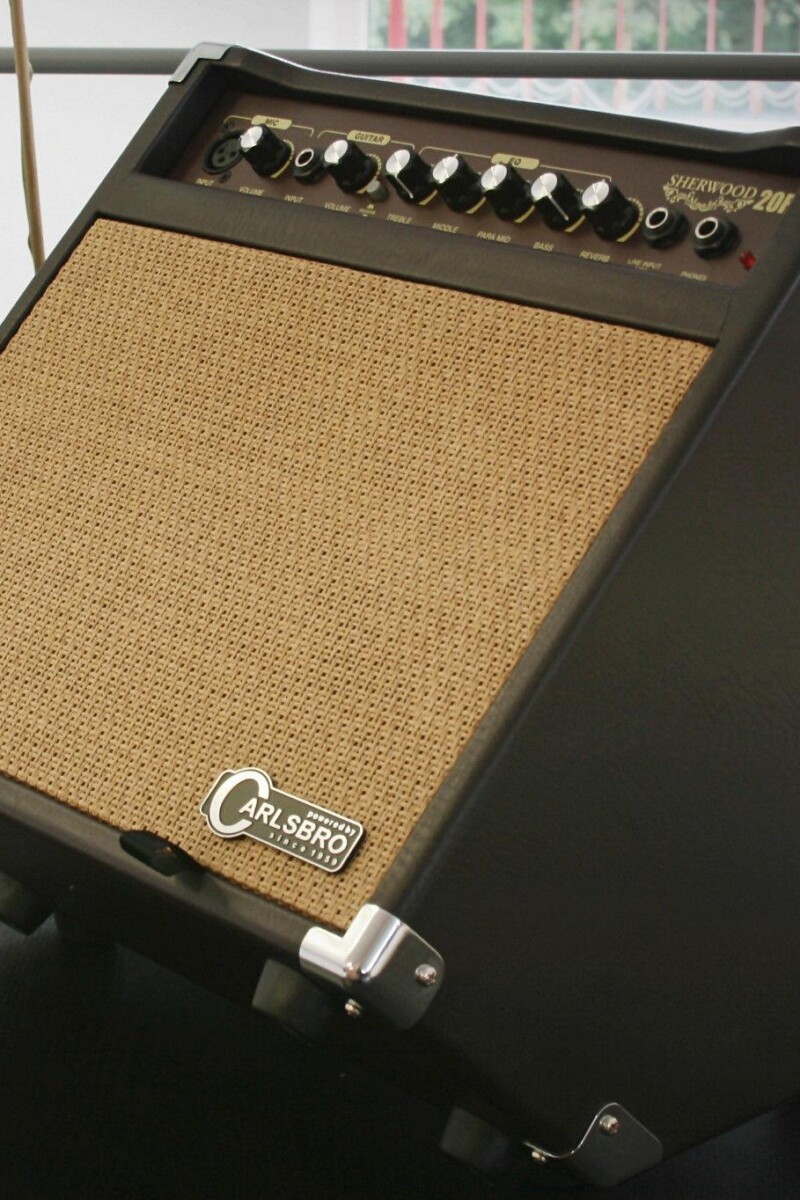 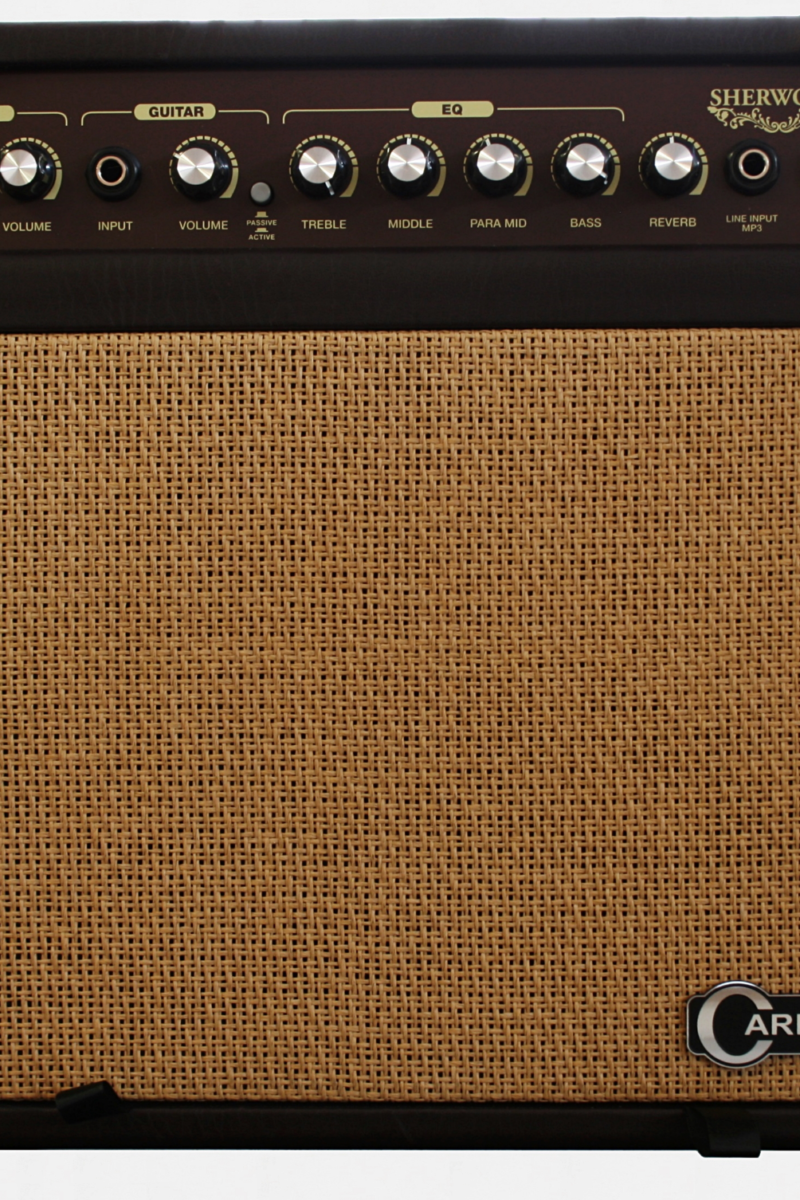