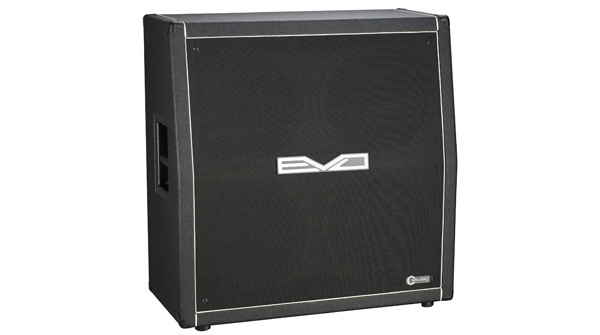 Carlsbro amps were once the mainstay of the average hard working British pub and club band. The company ran into trouble in 2009 but is now back with serious resources behind it and a completely new approach. Rick Graham was one of the first to test an attractively priced all-valve half-stack from the EVO range.

British and many European readers of 'a certain age' will remember the Carlsbro name fondly. Founded in 1960 by Stuart and Sheila Mercer, in Nottingham, through nearly three decades it was 'the working man's amp' - maybe never quite receiving the same sort of reverence as Marshall or Vox but it was what you'd find in the backline just about everywhere you went. Sadly, following the death of Stuart Mercer, the company changed hands several times and had been in decline for some years when it went into receivership in 2009. But all was not lost! The Chinese company, Soundking, which owns the leading Pro Audio console maker CADAC, as well as the much-revived Studiomaster brand, has acquired the Carlsbro name and has brought in a fresh team to mastermind its renaissance  The first fruits of its considerable efforts are just appearing and GI was early in the queue to see what the new team had come up with.

The EVO range (it stands for 'Evolution' appropriately), which we have for this review, is a particularly interesting example. Our sample model, the 50DC head and cab half-stack was brand new at the Frankfurt Messe a few months ago and it's an all-valve/tube head in absolutely classic British styling which is selling for an impressively low price. Undoubtedly, this is at least in part because it is made in China, but then again, so is an iPad! Moreover, Soundking has a very good reputation for its quality engineering, so I don't think this is anything to worry about.

A 50 Watt head, as you might expect, its power is derived from a pair of good old EL34s, which are matched with a quartet of 12AX7s in the EVO's pre-amp section. The EVO 50DC is a dual channel amplifier but features two independent gain controls for each of the two channels, essentially making it a four channel amp. There are also two separate master volume controls for each channel and additionally you'll find standard EQ with bass, middle and treble controls as well as a master reverb control. The amp has onboard attenuation to cater for the users' different needs, enabling a reduction from 50W down to 25W, which is always very useful.

At the rear of the amp you'll find two 8 ohm and one 16 ohm outputs to allow various cabinet connectivity. All of this is housed in a nicely made plywood constructed cabinet and is available in a variety of different finishes from standard black, as per the review model, right through to a more Rock 'n' Roll snakeskin finish!

The matching EVO 412 Cabinet is also of a plywood construction and features four Celestion G12M greenback speakers. It can handle a total power rating of 100 Watts.
Kicking off proceedings with some clean settings on channel 1, the EVO 50 produces some lovely clean tones with a remarkably robust but classy tone. Strummed chord sequences sounded big and full with a lovely chime and individually picked arpeggio passages sparkled beautifully. Pushing the gain up higher does result in some great sounding breakup

but it also has some decent clean headroom. Gain 2 on channel 1 sounded great and worked really well with classic Rock rhythm tones. Incidentally, you can switch between the two gain controls using the supplied footswitch, as I did for the video review.

I really enjoyed the clean tones I managed to get from channel 2 with the Gain 1 control. To me it felt more responsive and more dynamic than the first and that's not to say that the first channel wasn't responsive - just not as much as channel 2. Pushing the gain upward resulted in some excellent crunchy tones again with a great organic sound. With Gain 2 engaged, the EVO 50DC showed how capable it was for Rock lead tones and I was suitably impressed with the smooth creamy sounding saturation that I dialled in. Lots of sustain whilst retaining a very dynamic sound! I also really liked the sound of the reverb too.

I have to be frank and admit that I was fooled by the price of this amp. I simply wasn't expecting the EVO50 DC to be as good as it is. It produced some really great clean tones on both channels, particularly the second channel, and cooked up a storm when it came time to push the gain. Coupled with the EVO 412, this deadly duo makes for a fantastic combination. If you feel you need a valve/tube amp (and why not?) but have been convinced you can't afford one, then think again! Carlsbro has created a superb product in the EVO 50DC and in all honesty, at this price point, it's going to be a tough one to beat, hence our rating. Welcome back, Carlsbro.