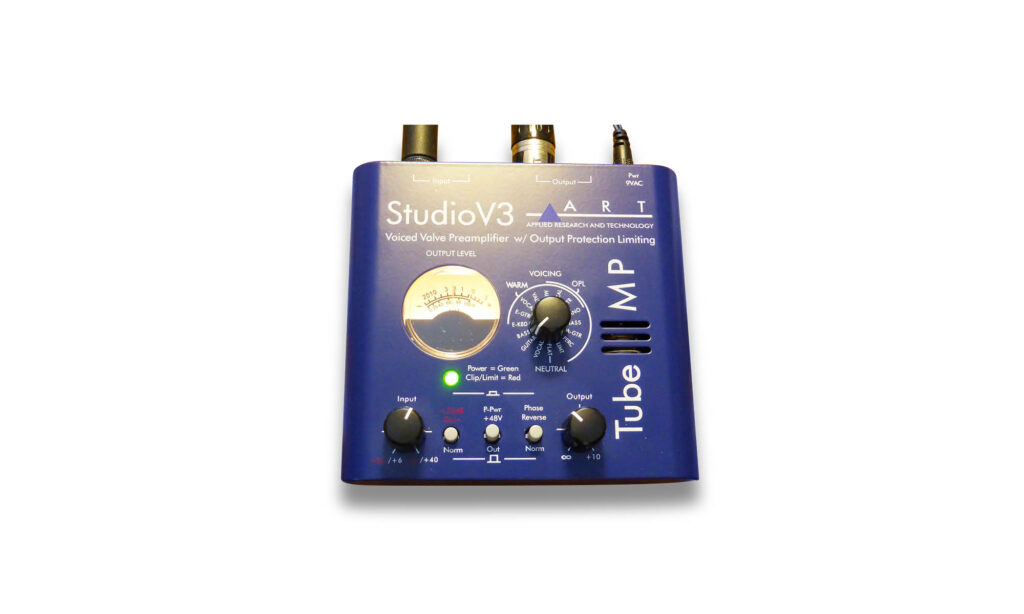 General specs for the V3 suggest that it should be about as quiet as a decent console preamp, and that’s how it seems in use: with the gains up and the +20dB button engaged, there is some background noise, but bearing in mind that we’ve got an indicated 70dB of gain and a tube in the box, that’s really to be expected.

Very few mix preamps manage to be both a good sounding workhorse while still being cost effective for the home studio. Andi Picker explores whether ART has cracked it with Tube MP Studio V3.

The ART Tube MP Studio V3 is a single channel valve microphone preamp in a convenient desk-top format. I see it as being aimed at the home or project-studio recordist who wants something a little different from the “clean ‘n’ clear” preamps in their audio interface, and the fact that the V3 has been around for a few years now suggests that it probably does that pretty well.

The V3 is compact and weighs around 1 ½ lbs, which is just about heavy enough that it doesn’t try to tip off the desk with a set of cables plugged-in to it. The Input and output sockets on the rear panel are for balanced XLR plus a high impedance instrument jack and an unbalanced line out jack. On the top panel are a rather nice looking VU meter for monitoring output level, independent input and output level controls, power/clip/limit LED, +20 dB gain, 48V phantom power and phase reverse switches, and a rotary voicing switch.  So, I’m not proud of myself, but it took me an age to realise that in this case “ V3” doesn’t mean that it’s the third version; it stands for “Variable Valve Voicing” and refers to the switchable presets that are configured in the hardware.

General specs for the V3 suggest that it should be about as quiet as a decent console preamp, and that’s how it seems in use: with the gains up and the +20dB button engaged, there is some background noise, but bearing in mind that we’ve got an indicated 70dB of gain and a tube in the box, that’s really to be expected. (Oddly, the front panel shows +40 dB on the input control, + 20dB on the gain button and + 10dB on the output  =+70 dB overall; the spec sheet says 80dB?).

I started with the Voicing switch set to the Neutral position and played with the input and output controls: I like this setup because it means that at lower gain settings I can balance how much of the preamp flavour I push into the final signal – high input and lower output for more flavour, lower input and higher output for cleaner gain. Of course, this only works if the preamp has a sound worth adding, and I’m pleased to say that the V3 does: it’s not a Neve or an API but it adds a useful measure of its own grind to the sound. The 12AX7 preamp tube is running on low voltage and is there to provide some distortion rather than to do all the heavy gain-lifting, but it does what it does well without fuzzing everything out.

The voicing options are thankfully pretty restrained and offer a number of useful alternatives to the “straight-through” sound without going into “what were they thinking” territory, as well as a neutral option with a protective limiter on the output.  Each preset is labelled for its intended use, but I honestly didn’t find any of them to be so specific that I wouldn’t try them on any source I had (I’d probably stick a label over the names and just mark the neutral and clean-limit options). As clever (and as unusual) as the voicing options are, I’d struggle to recommend the unit if the basic straight-through sound wasn’t good, and it is. Once I plumbed the V3 into my interface I use it as a workhorse, and found that it worked on just about everything I put through it on the Neutral voice. I actually started to think that ART could have made a pre without the V3 option (and then found that they do – the ART Tube MP) and it would have been as useful to me, but that misses the point: for someone who needs to get the biggest bang possible for their money and their recording space, the V3 gives a range of useable flavours in much the same way that a collection of different mics or different hardware boxes do, but it does it with a street price under £100 in a box the size of a (slightly oddly shaped) paperback book. 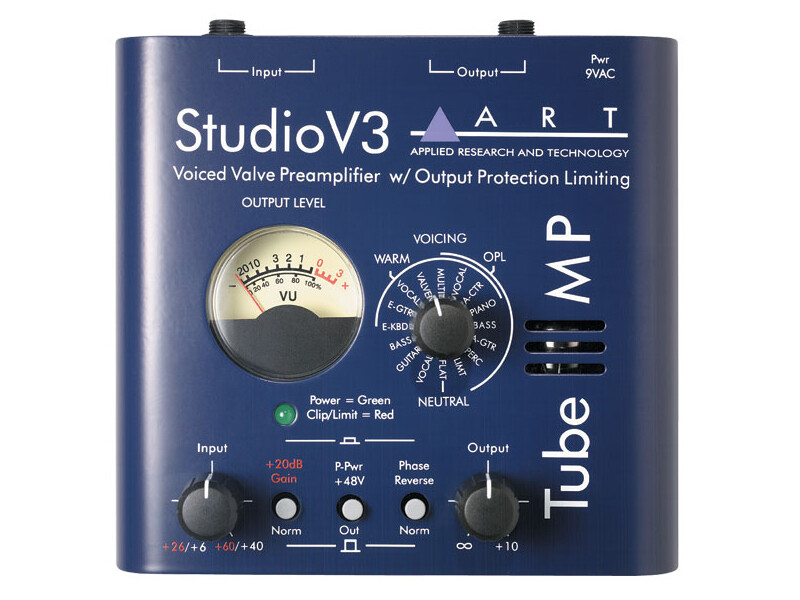