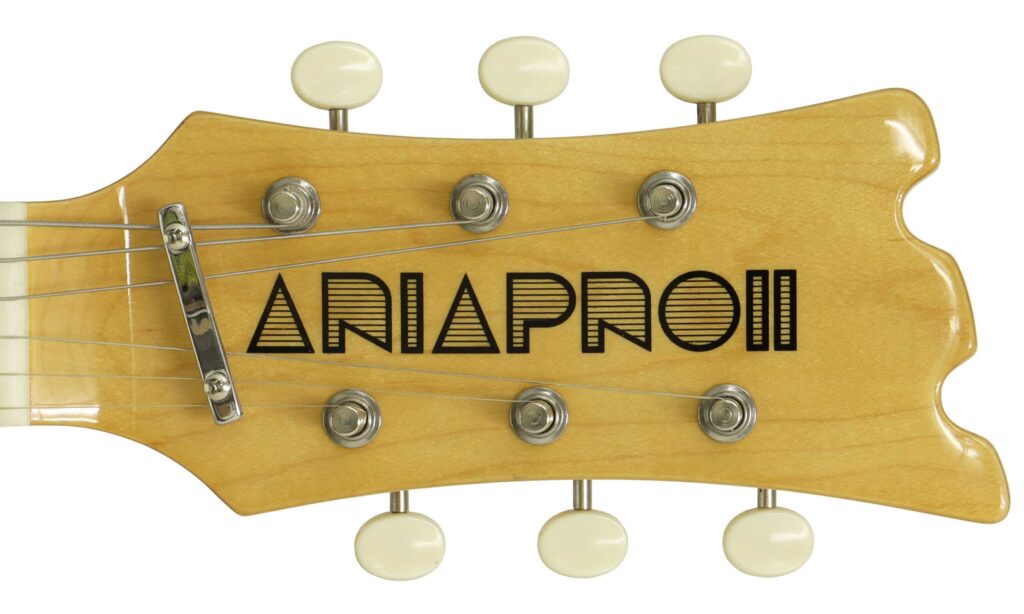 Aria's highly regarded DM series initially launched back in the 1960s and has remained an offset legend thanks to a few choice appearances within popular culture. Continuing that great legacy sees the birth of the DM-206, which fully inherits the heritage and tradition of the original Aria DM; however, with some updated specs that features a combo of two mini-humbucker pickups and a wrap-around bridge, to name a couple. Nick Jennison tells us more.

You'll no doubt have seen a number of Aria guitars grace the pages of this magazine over the last few years, and it's no secret that I'm a huge fan of theirs. They make some outstanding guitars for often unbelievably low prices and are some of the best value-for-money instruments I've come across in recent years. They're basically the affordable guitar market's best-kept secret.

Aria also has a rich and storied history that many of their new guitars pay homage to, including this latest offering - the DM-206. At first glance, you'd be forgiven for thinking it was a Mosrite clone, and in some ways, it is. Throughout the 1960s and into the "lawsuit" era of the 1970s, Univox produced their H-Flier guitars, aiming to capitalise on the popularity of the Mosrite Ventures guitar - particularly in Japan, where The Ventures were very popular. A number of these instruments were ghost-built for Univox by Aria, and even sold in Japan under the Aria name. Notable users include Kurt Cobain (check out the white hardtail model in the video for "Heart Shaped Box" or the sunburst one from Nirvana's 1993 appearance on SNL).

The DM-206 is a loving tribute to the Hi-Flyer, but with updated specifications to suit modern guitarists' needs. The pickups resemble the P-90s found in the original "Phase 1" Hi-Flyers, but they're actually mini-humbuckers. There's also a wrap-around one-piece bridge with adjustable saddles (instead of the borderline-unusable tremolo system that featured on many of the originals).

While I appreciate that quirky vintage designs like this can divide opinion, I happen to think that this guitar looks absolutely gorgeous. It's a shape I've always been attracted to, but so many of the vintage models I've come across have been absolute pigs to play. By contrast, the DM-206 absolutely rips. The action is low, and even, the neck is slim but not *too* slim, and the fretwork is immaculate. Right away, it's a winner for me.

Tonally, the guitar is bright and snappy in a way that you only get from mini-humbuckers. If you're expecting PAF-style grunt from these pickups, then you're in for a shock. To my ear, mini-humbuckers sit somewhere between a brighter P-90 and a slightly more robust Telecaster single-coil, but obviously without the hum associated with either. It's a sound that's great for wiry classic rock, throaty blues soloing, country, surf, funk - you name it. These pickups also holds up surprisingly well for metal riffing - especially looser, more primal styles like doom metal.

The Aria DM-206 is a guitar that combines vintage charm with modern playability, and costs less than some high-end overdrive pedals. It's a fitting tribute to a piece of rock and roll history, but it's also a great workhorse for the modern player.