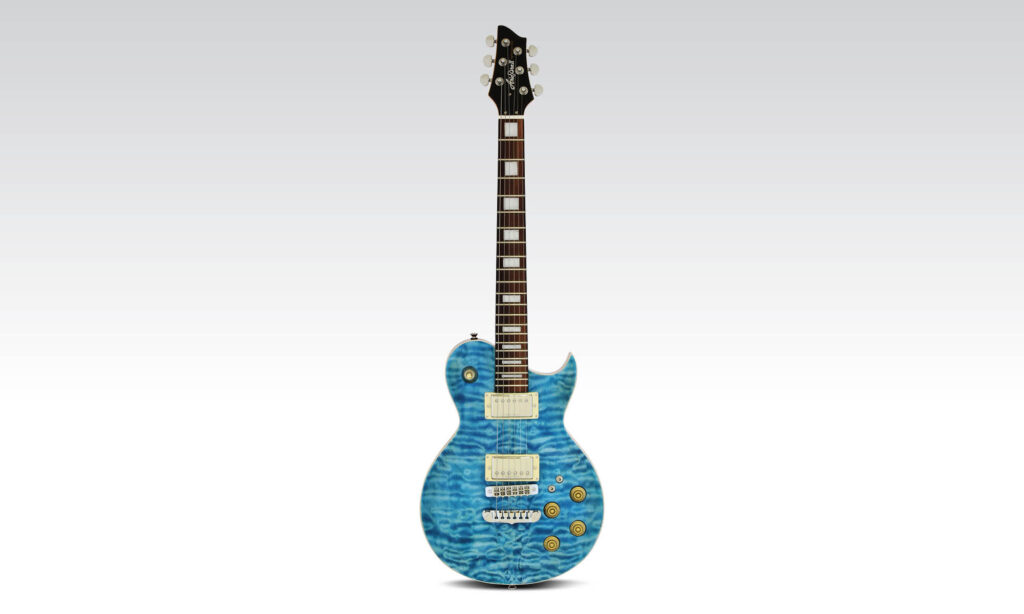 A modern take on a classic late 70s design.

Some small finish flaws on the model we looked at.

Back in 1976, the first model of PE-1500 was officially introduced to the world. Since then, the PE series had been produced continuously for over four decades and is a flagship model for the Aria brand. Nick Jennison reviews the latest model in the series, the Aria PE-480.

The “single-cut” shape has been part of guitar design orthodoxy for a very long time. While the venerable Telecaster was the first solid body, single cutaway design, we tend to associate the shape with a set neck, a two-piece fixed bridge and a pair of humbuckers. In this somewhat litigious climate, you’ll forgive me for not including a particular brand name, but you can fill in the blanks yourself.

Speaking of litigation, Aria’s PE series of guitars was born during the “lawsuit” era in the late 70s and early 80s. If you’re not up on this period of guitar history, it’s a time when quality control issues plagued the big American manufacturers. In response to this slump, a number of east Asian companies flooded the market with their own affordable (and in many ways, superior) takes on classic guitar designs. Ibanez, Tokai, Fernandes and even Takamine are among the “lawsuit” brands.

The updated Aria PE-480 harks back to this era with it’s sharp florentine cutaway and scooped upper shoulder, but the figured maple and updated headstock shape give the guitar a distinctly modern look. There are a number of nice aesthetic touches, such as the recessed switch and pots, and the fit and finish is generally good. I say generally, because there are a few minor finish flaws on our demo model. The playability is excellent, however. The three-ply maple neck is comfortable and feels very solid, and the “techwood” fretboard looks and feels very much like the rosewood you’ll find on Aria’s more expensive Japanese-made models. The body feels substantial without being cumbersome and the heel-less neck join makes upper fret access unusually good for a single-cut guitar.

The pair of Aria “Classic Power” humbuckers are warm and full sounding, and although they’re not the most characterful, they handle classic rock and blues styles with aplomb. Unusually, they’re wired for series/parallel operation via a pair of mini toggle switches, as opposed to the more common coil splits and push-pull pots. There are pros and cons to each approach - coil splits will yield the most convincing single coil sounds, but parallel humbuckers will still add a dose of sparkle and spank while still cancelling hum, and without as severe a drop in volume. On the PE-480, they transform the full-sounding humbuckers into a clear and bright voice that’s more appropriate for country, funk and R&B styles.

The Aria PE-480 is a fine guitar that’s at home in a variety of styles - visually and sonically. It plays great, and it’s very affordable, especially when you account for the deluxe gig bag that comes with it. Whether you’re a beginner looking for a great first or second guitar or a working player who needs a good-looking and reliable workhorse, the Aria PE-480 has you covered. 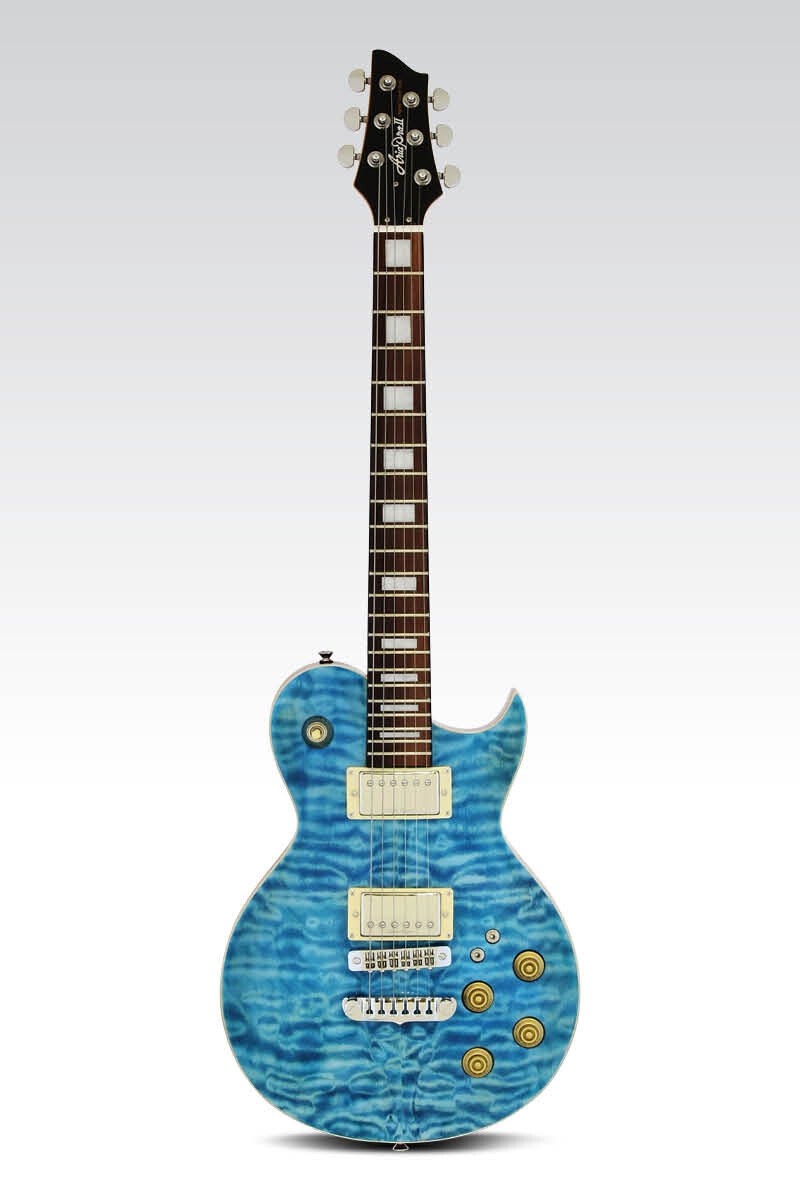 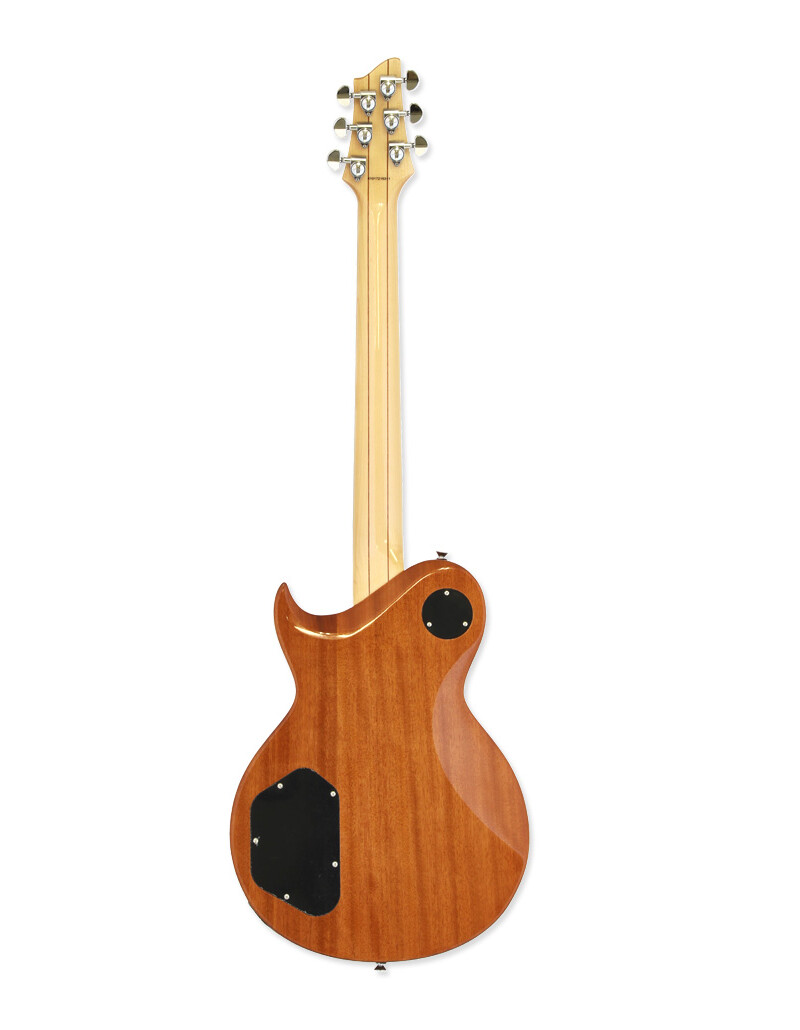 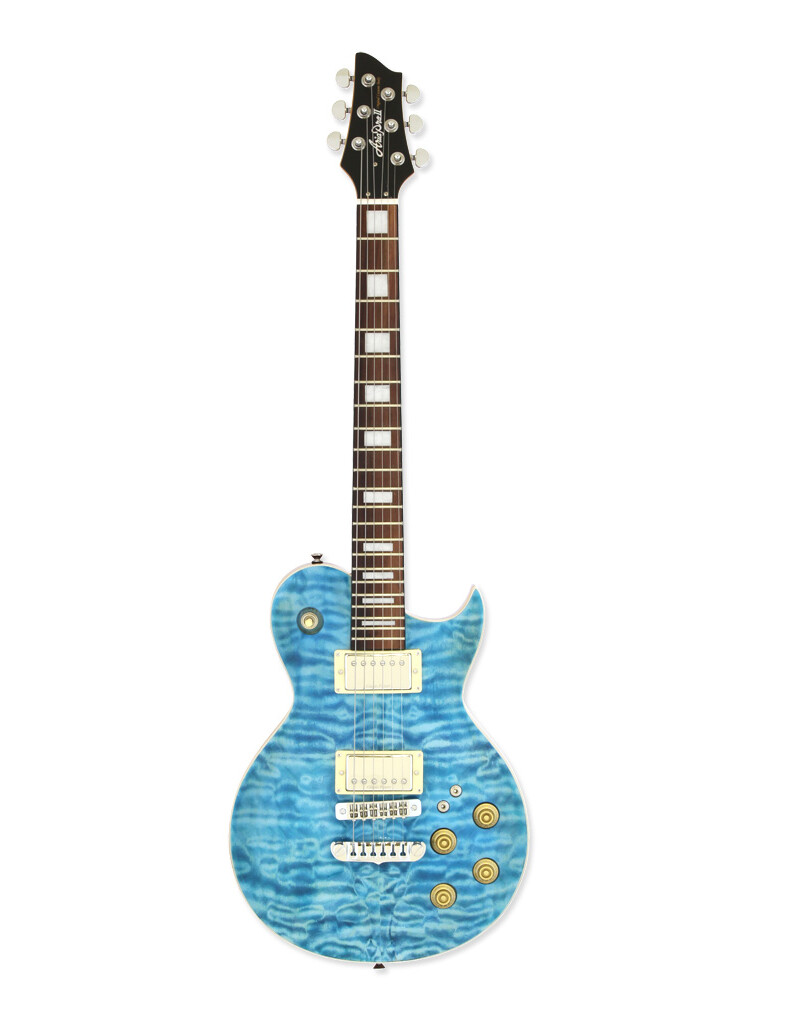