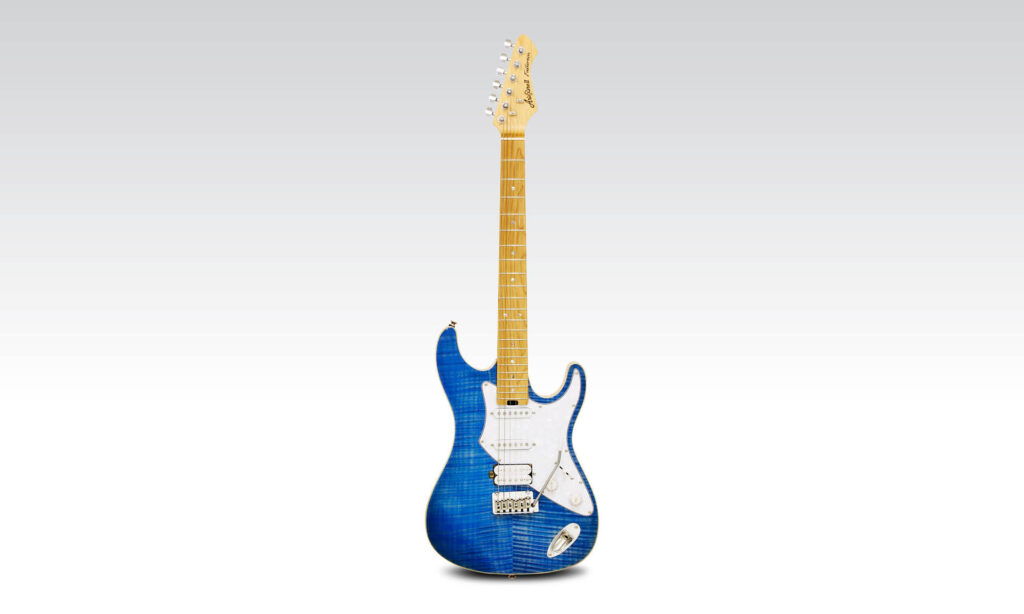 Much of the charm of “California boutique” style guitars at a bargain price. Fantastic trem.

Small frets an unusual choice with such a flat fretboard.

Some finish flaws on plastic parts.

Nick Jennison takes a closer look at the latest incarnation of the Aria Pro II 714. Previously known as the FL (Fullerton) series, (which has been one of the biggest sellers in Aria guitar history) the new 714-MK2 evokes a heritage of the original Aria Pro II Fullerton however it comes with full of modern aspects including a roasted maple neck and fingerboard, alnico-5 pickups and a Wilkinson bridge all for a more than reasonable price tag.

The “California boutique” guitar has become a bona fide guitar archetype in recent years. Think about it like this: An “S-type” guitar usually has a bolt-on maple neck, double cutaway alder or ash body, three single coils on a pickguard, a trem, a five-way switch, two tones and a master volume. An “LP” type has a glued-in mahogany neck and single cutaway body, three-a-side headstock, a 24.75” scale length, two humbuckers with independent volume and tone controls and a three-way switch on the upper horn. There are subtle variations, but the recipe is generally the same.

So what makes a “California boutique” guitar? Well, it’s typically a strat-style body with a heavily figured maple top and a trans finish, a roasted maple neck with a fairly flat radius, a modern non-locking trem, some combination of humbuckers and single coils, a 5-way switch with some coil-splitting options, a single volume and tone. Now, how many guitars can you think of that fit that bill exactly? Tom Anderson? Suhr? Ibanez AZ? High-end Pacifica? That’s how you know you have an archetype.

The 714 MK2 is Aria Pro II’s offering in this vein, and for the asking price, it’s very impressive! Now, it’d be unfair to expect the 714 to compete like-for-like with a guitar that costs between five and ten times what the Aria does, and there are some details where you can really notice the difference, but the 714 will get you pretty close.

The maple top is a flamed veneer over a fairly thick slab of plain maple - a common practice that keeps costs down without sacrificing tone or much in the way of aesthetics. Likewise, the roasted maple neck doesn’t have the deep caramel colour of more expensive instruments, and the feel isn’t quite as silky, but roasted maple on such an affordable guitar is still pretty astonishing. The pickups, pots and tuners are all pretty generic, but these can easily be swapped out fairly inexpensively if you feel the need - not that you should since they all perform perfectly well.

There are a few very cool features that that will appeal to serious players. Firstly, the truss rod is adjusted using a wheel at the base of the neck. There’s no need to fiddle around with truss rod covers, wrenches or - heaven forbid - remove the neck to make seasonal adjustments. The 714 also feature’s Wilkinson’s superb tremolo system, which is easily one of the best aftermarket terms available at any price point.

Performance-wise, the 714 plays and sounds great, with enough spank and character in the single coils to carry funk and fusion styles, and plenty of girth in the bridge humbucker for hard rock styles - although it might not be articulate enough for some metal styles. The neck shape is very comfortable, with a shred-ready flat radius. Oddly though, the frets are very small, which feels a little strange on a guitar of this style.

If you’ve been seduced by the beauty and playability of “California boutique” guitars, but you baulk at the massive price tags, the Aria Pro II 714 MKII will get you there. Sure, there are some compromises, but for the price, this guitar is very impressive indeed. 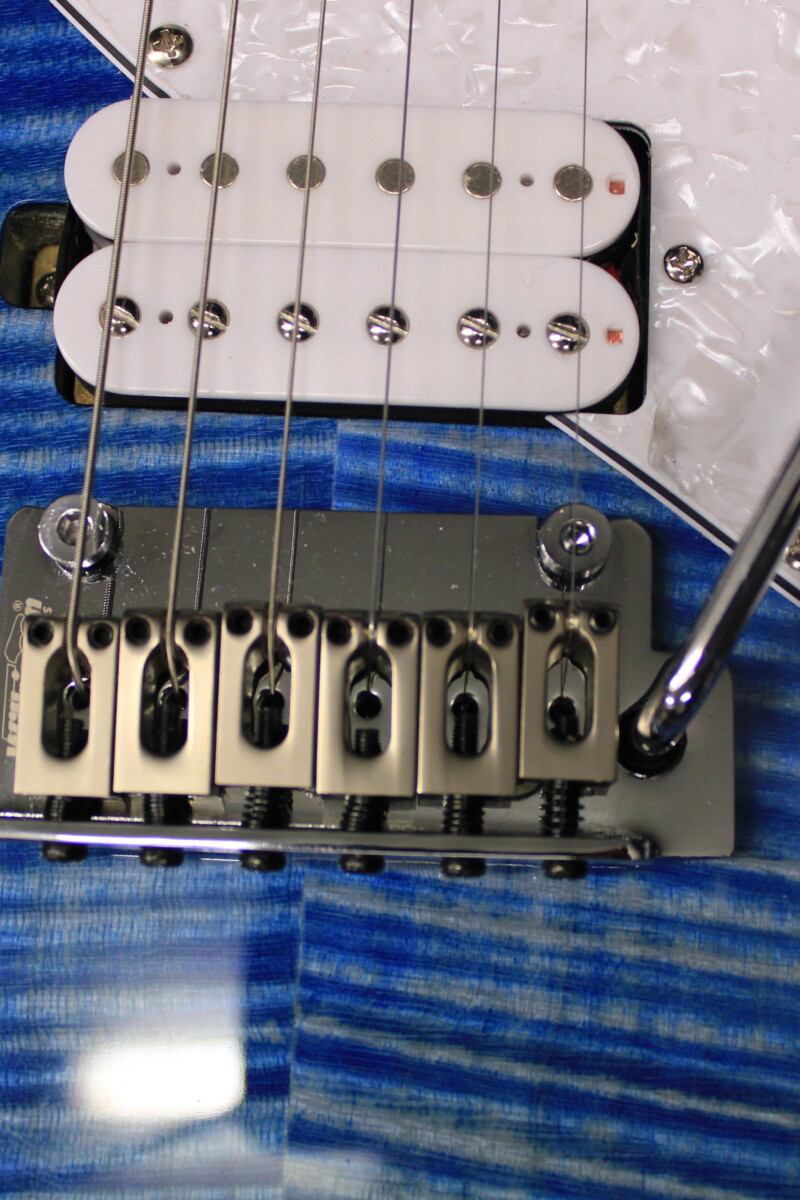 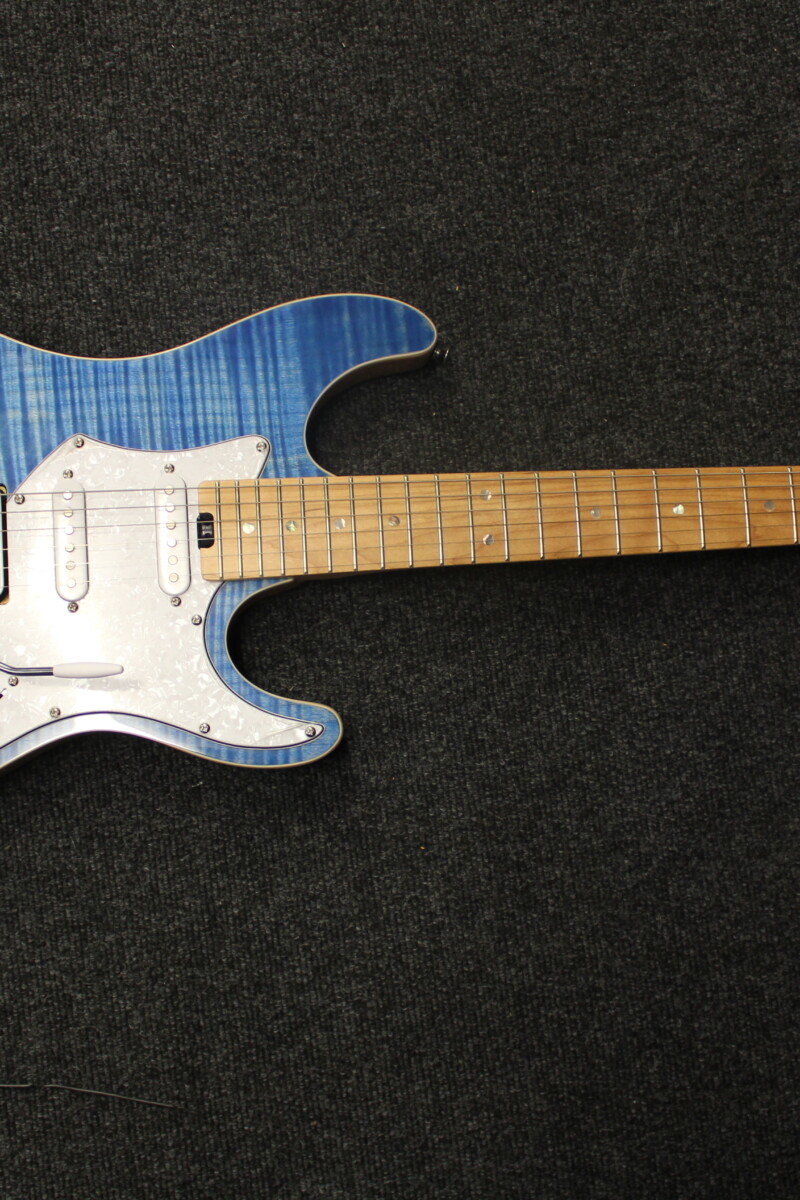 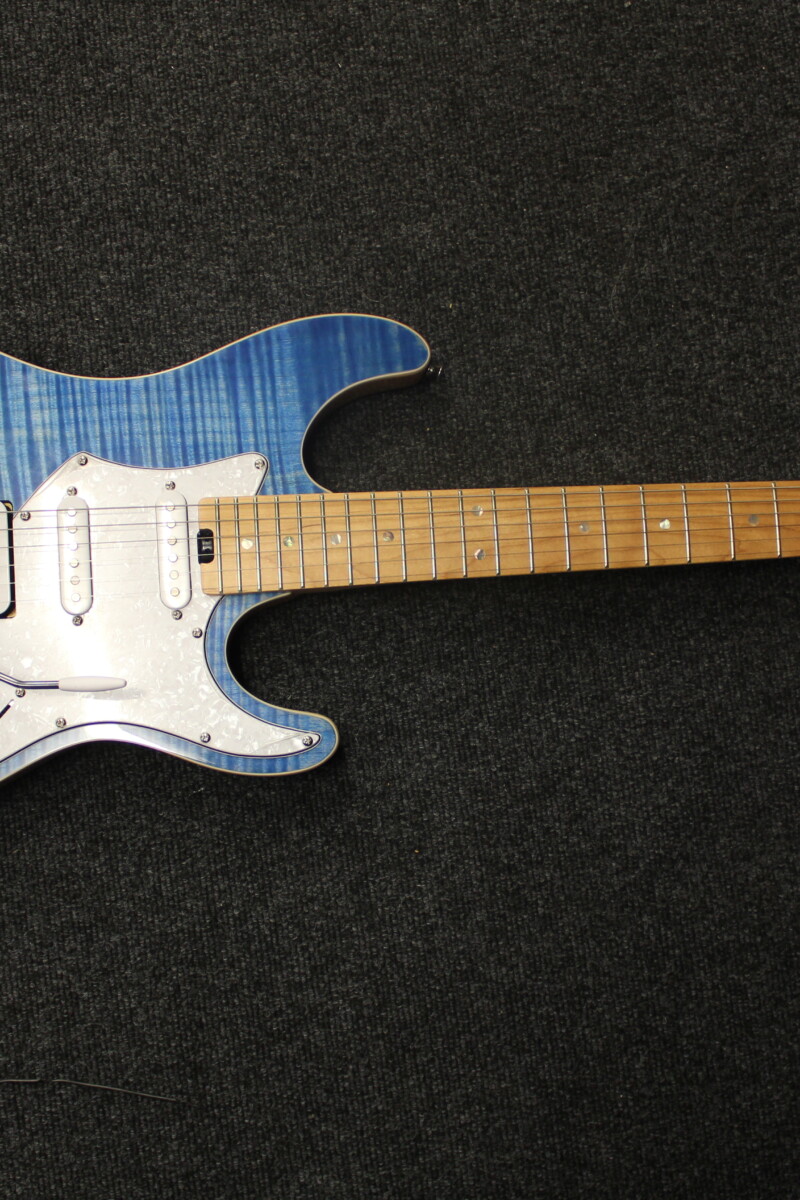 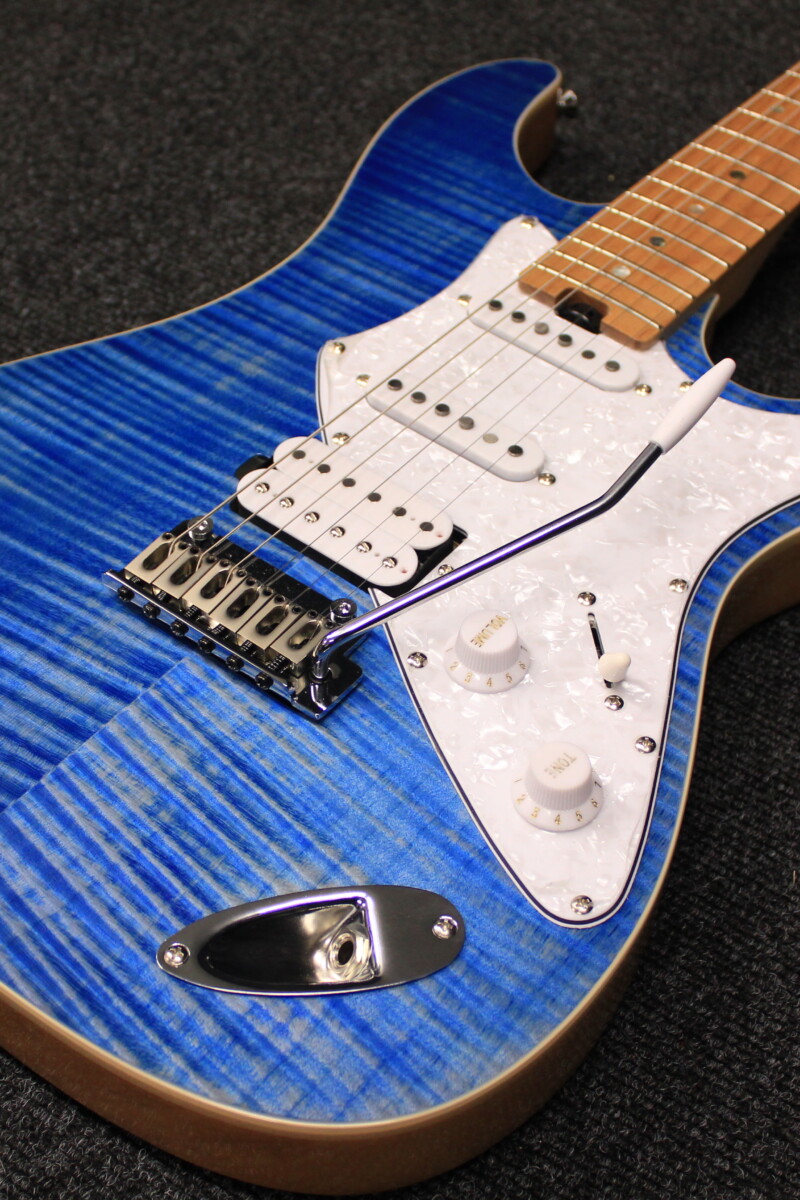 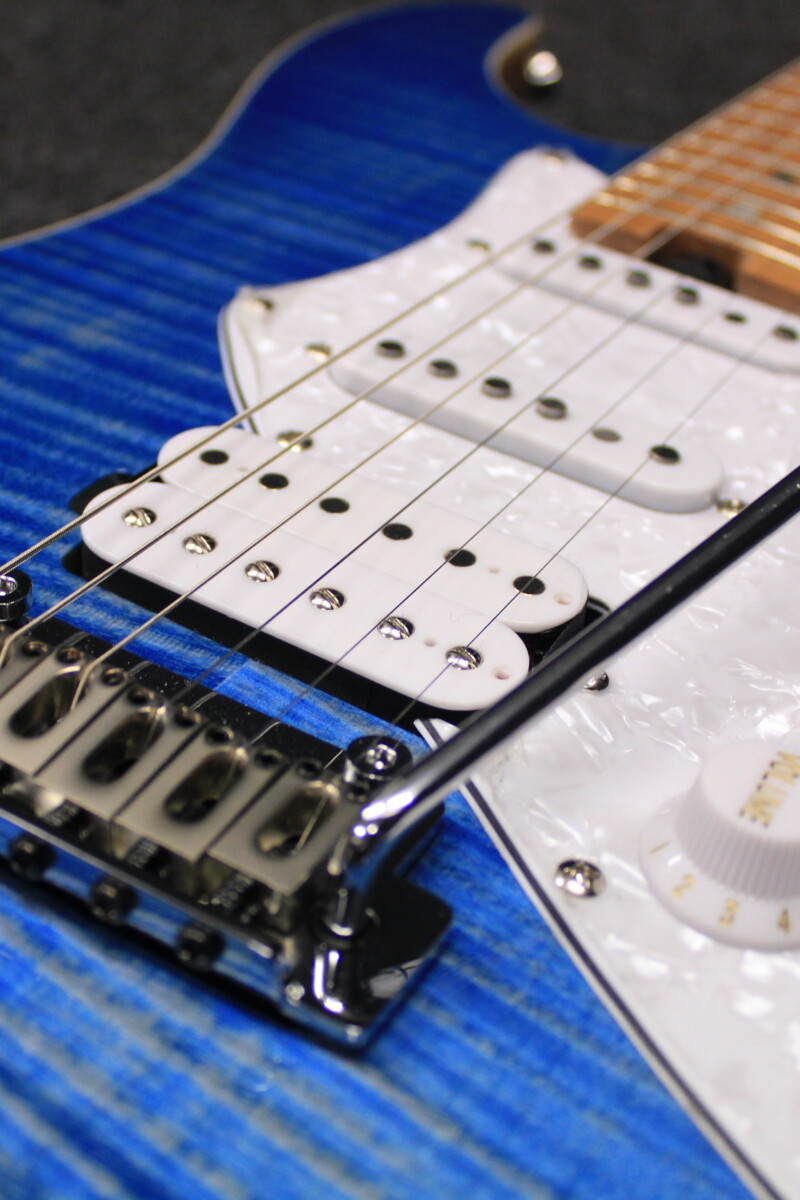 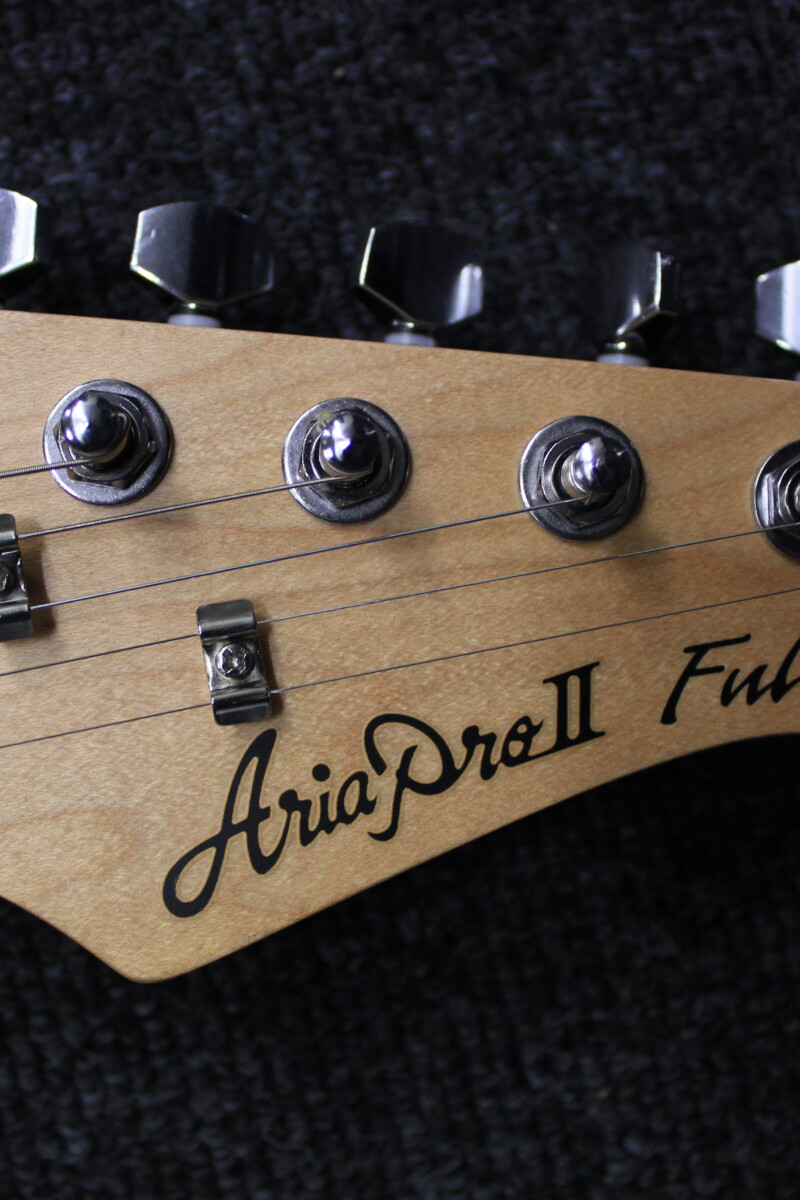