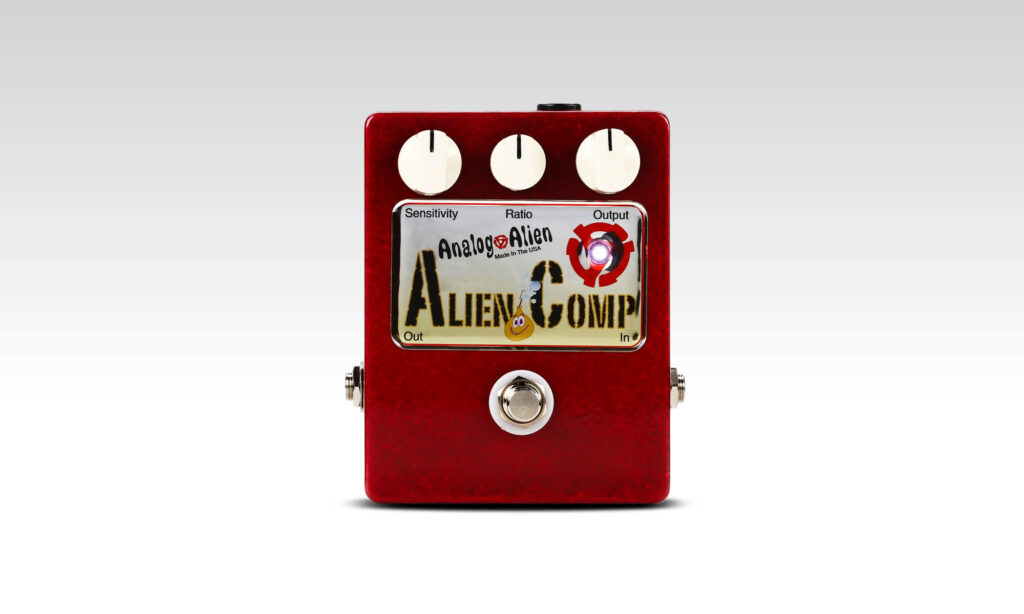 Labelled by Analog Alien as "a compressor pedal that will treat your guitar tone right," Analog Alien's Alien Comp is also a highly effective clean boost pedal, allowing the user to optimise the dynamics while pushing a tube amplifier into sweet overdrive. Here's Sam Bell with the full rundown.

Analog Alien make boutique-style Analog pedals, basing their work of the classic sounds of the 70s. If you want an entertaining backstory that somehow combines Sci-Fi and Guitar of how a company came to be, look no further than the Analog Alien website! Today we’re going to be taking a look at their Alien Comp Pedal; the pedal is exactly what it says on the tin. It’s a Compressor, based on the same compressor circuit found in their 5 star rated Joe Walsh double classic.It’sadvertised as a Compressor that can also be used as a transparent clean boost.

The compressor style is meant to emulate that of a rack unit compressor rather than a pedal compressor, with the aim being a more natural and musical compression that can be controlled between theSensitivityand the Ratio knob. The Ratio knob controls the ‘knee’ of the compression, it’s quite a soft curve and makes for simple operation of the pedal. There is no Mix control on this, however the level control sets the volume coming out of the pedal, hence why this can also be used as a clean boost when theSensitivityand Ratio controls are set a certain way.

It’s hard to really ‘demo’ the sound of a compressor, I think it’s a good testament that you can’t necessarily ‘hear’ what the pedal is doing, its more emphasising what signal is going into it.However, it didn’t squish my tone too much at higher settings and let chords and single-note lines bloom a lot more when using a clean tone.

The aesthetics of this pedal are very boutique, and the Red Wine Red rugged box construction surrounds the simple layout of the three knob pedal and footswitch. The Analog Alien logo is in the form of what looks like a silver 3D sticker with a powerful white LED poking through the middle so we can see when the pedal is engaged.The pedal can be powered by 9 Volt Battery or by 9 Volt Power Supply.

In summary, the Alien Comp is a decent boutique compressor, coming in at $199. It’s solid all-around and sounds good. For the price point there are other compressors on the market which could give this pedal competition, however its worth checking out if you’re looking for a boutique vibeanalogcompressor pedal. 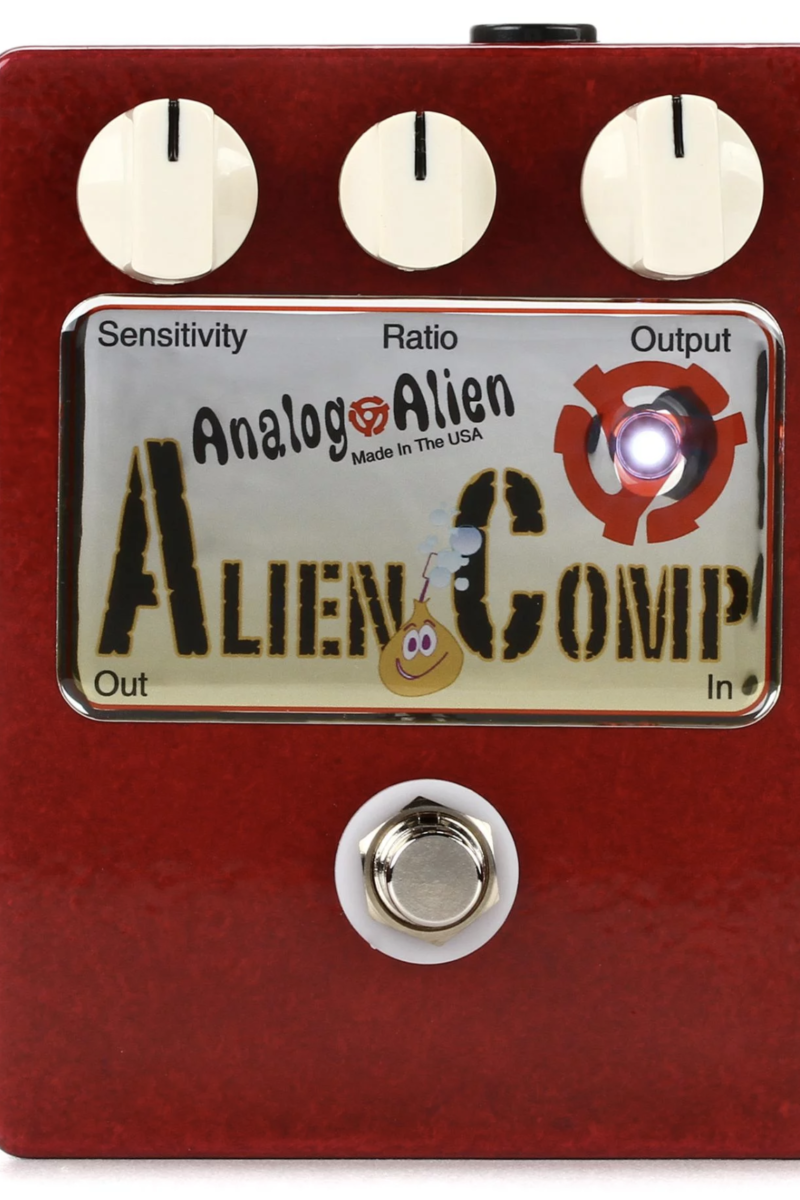 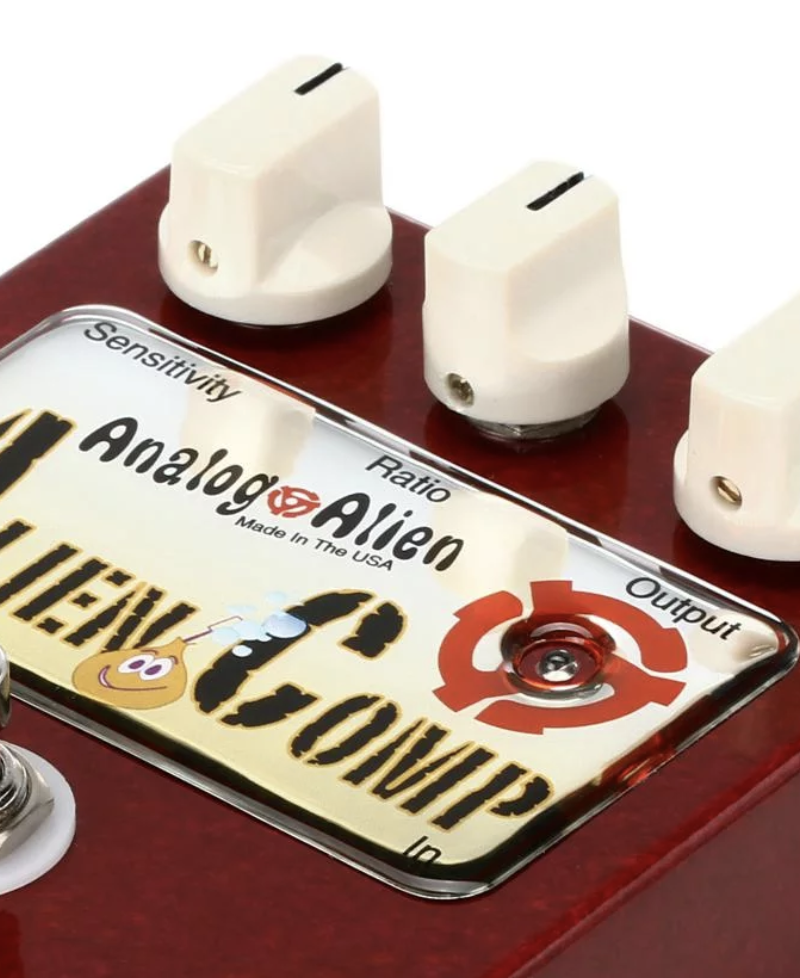