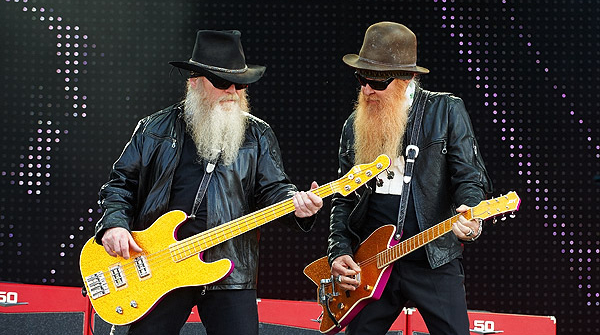 As they prepare to release their new album, the RickRubin produced 'La Futura,' Southern Rock iconsZZ Top are to be honoured at the Classic RockMagazine's Roll of Honour awards ceremony.

"A celebration held in a timely manner following the longawaited release of the new ZZ disc, 'La Futura.'  Good timesfor sure…! We've stuck it out long enough to where this onceunpredictable style, which has no basis other than oddness, broughtus back into vogue."

However, the ZZ Top are also preparing to slugout with Black Sabbath, Guns N'Roses, Joe Bonamassa, LynyrdSkynyrd and Rush for the Band of the Yearprize.

The winners will be announced at London's Roundhouse on November13.