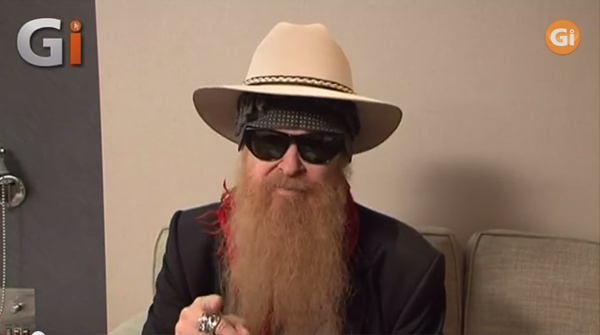 "When I was 13, I got a guitar and my dad - being the consummate entertainer - sent me to New York to study Latin percussion. I learned maracas, timbales, clavas, bongos - you name it. And having lived in Mexico a couple of years, I know just enough Spanish to get me in trouble."

However, Gibbons will be fitting recording sessions for the solo album around ZZ Top's rather busy 2015 touring schedule:

"It's turning out to be such an obtuse, oddball, unexpected left turn from ZZ Top," he said. "But there is something to it."

In related news ZZ Top will be heading to the UK this coming summer for a trio of headline shows including a one-off date at London's Wembley Stadium with 80's hard rock outfit, Thunder.