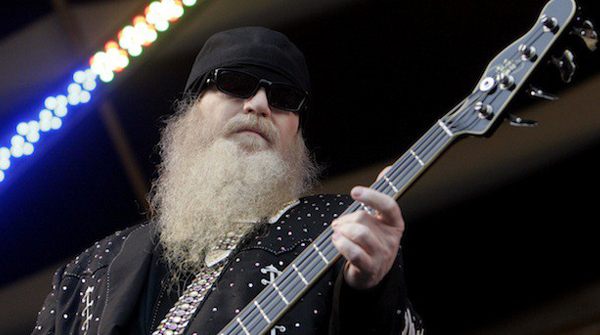 ZZ Top's US Summer tour has been postponed due to bassist Dusty Hill having to undergo surgery  this week.

The bass legend learnt that he needed surgery in order to remove two kidney stones which were discovered during a routine examination.

ZZ Top's publicist issued a statement on Monday, which read:

"ZZ Top bassist Dusty Hill is slated to undergo surgery to remove two kidney stones this week, necessitating a delay in the start of the group's U.S. summer tour. The kidney stones were discovered in the course of a routine physical examination where Hill's doctor advised him that they should immediately be removed, lest they cause more serious problems down the line."

Following the news, the tour will now kick off in Sturgis, SD on August 6 with the band joining Jeff Beck for a string of tour dates beginning in Missoula, Montana on August 8.

ZZ Top's tour is now set to launch on Aug.6 in Sturgis, S.D., with the band joining forces with Jeff Beck for a string of tour dates immediately thereafter.

Here are the tour dates, as of now: