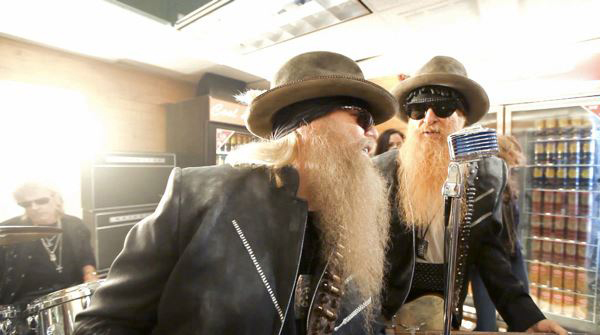 ZZ Top have revealed they're planning to release a brand new four-track EP via iTunes in June which will mark the first wave of new material from the band since their 2003 'Mescalero' album, reports UltimateClassicRock.

In their storied 43 year career that 'lil ol band from Texas' have sold over 50 million physical albums  and the recently announced digital ploy is a new territory for Gibbons & co, however the longtime guitarist and lead singer believes it's a necessary.

"ZZ Top would be the last guess for the most Internet-savvy band. However, I think we're just in the initial stages of a very fast-moving platform. Sooner rather than later, any other form other than digital media will be a thing of the past. It won't vanish, but let's face it, this is seemingly the way of the future."

The leading track set to feature on the EP, 'I've Got to Get Paid,' was recently used in a video commercial for whiskey manufacturer Jeremiah Weed via YouTube - See below.