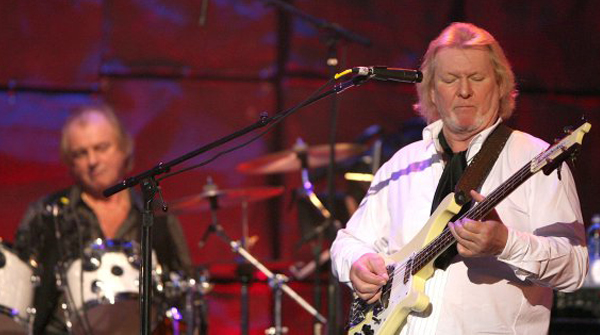 Yes drummer Alan White has spoken on the future of the progressive-rock outfit for the first time following the death of bassist, Chris Squire, last month.

White has confirmed that the band will continue at the wish of Squire himself, who had called him before his death to insist the band continues without him.

“It’s certainly going to be hard without him, but he called me and asked me to keep everything going regardless of what happens. So absolutely we’re moving ahead. I’m gonna do it for him. The fans are behind the band and want the band to keep moving forward here. It doesn't seem like anybody's kind of given up on the band, which is really encouraging and it'll help us move things forward. Things can't just stop, you know? We've got to maintain the Yes name and meet the high standards of musicianship Chris created."

In related news Yes will head out on their first summer tour of North America without Chris, who will be replaced by Billy Sherwood, on August 7th at the Foxwoods Resort Casino, Mashantucket, CT.