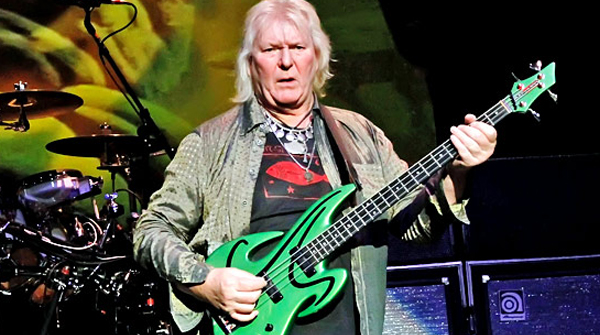 In May, Squire, who was 67, revealed that he had been diagnosed with acute erythroid leukemia, which sidelined him for the band's summer co-headlining tour with Toto.

"Utterly devastated beyond words to have to report the sad news of the passing of my dear friend, bandmate and inspiration Chris Squire."

"It's with the heaviest of hearts and unbearable sadness that we must inform you of the passing of our dear friend and Yes co-founder, Chris Squire," said a statement on the band's official website.

As a founding member of the renowned prog rockers, the London born bassist had remained a permanent fixture of the band 47 years and retained ownership of the name (Yes) during the turbulent late 80s, when the group splintered and various members left to form Anderson Bruford Wakeman Howe.

Squire’s instrument of choice was his 1964 Rickenbacker which he played throughout his career.