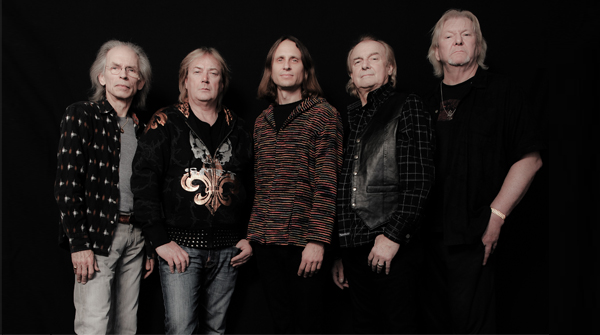 Due to overwhelming demand the iconic and Grammy-winning rockband Yes have added two new legs of dates to theirtriple-header concert tour where they're performing three of theirclassic albums in their entirety, all in one concert: 1971's'The Yes' album, 1972's'Close To The Edge' and 1977's'Going For The One' (track listingfor all three albums listed below).  The newly added datesstart May 19 with six shows inBrazil and one each inChileandArgentina. The new North American dates launch July 6 in PasoRobles, CA and include stops inAnaheim,CA,LasVegas,NV,Atlanta,GA,Washington,DC andMontreal, CAN and wrap August14 inRosemont,IL.

The first leg of the tour launched March 1 in Nevadaand runsthrough April 12 in Detroit, with a brief detour March 25-30 for"The Yes Cruise," which departed from Ft.Lauderdaleand visitedGrand Cayman and Jamaica.  Music audiences are relishing theexperience of the three albums--each representing an importantmilestone in Yes' career which encompasses sales of close to 50million albums worldwide--performed from beginning to end.

See the full itinerary here. Tickets can be purchasedin advance at the official Yes website.

Moreover, Yes is proud to provide special showpackages, which include near-stage seating, a meet and greet withthe band, exclusive limited-edition gifts from YES, and much more.For more information and to purchase YES packages see here.