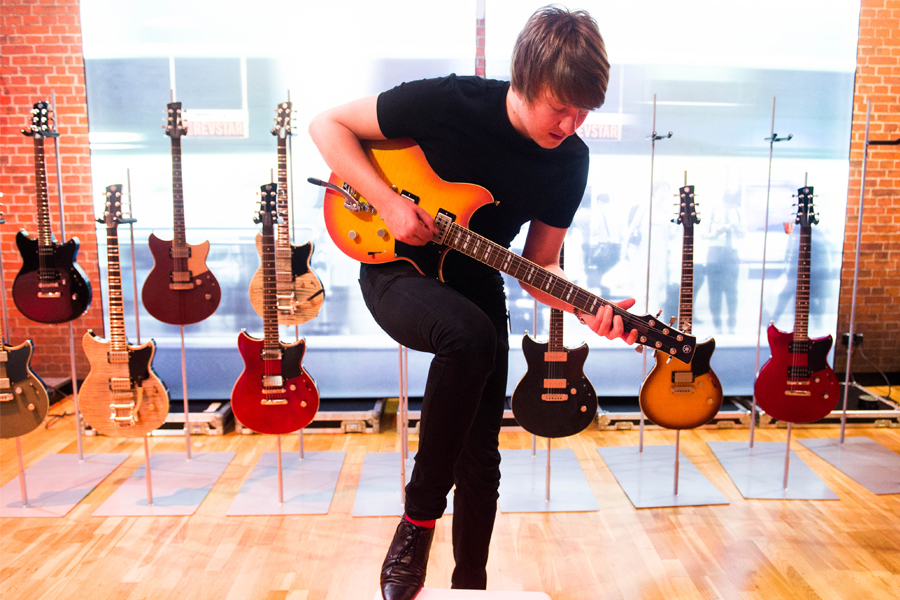 Spearheading a six-month social media campaign, six current and emerging UK artists and their guitarists are taking to the road for #TestDriveRevstar, to help influence and supercharge the electric guitar market.

Over the next six months BBC 6 Music favourites ‘The Dutch Uncles’, London based indie rock bands ‘Belle Roscoe’ and ‘Tenth Electric’, popular Manchester three piece ‘The Mantells’, highly acclaimed singer-songwriter Ellie Rose and hotly tipped newcomers ‘The Navettes’ will #TestDriveRevstar, capturing every aspect of the guitarists’ life with their new ‘other half’, including writing, rehearsing, recording and gigging.

♯TestDriveRevstarwill culminate with a unique gig at prestigious London record shop and music venue Rough Trade East that has entered into an innovative and far-reaching musical partnership with Yamaha.

As a prelude to an intensive day of filming, interviews and live performances at Yamaha’s UK Headquarters in Milton Keynes, over 30 musicians involved, along with their artist managers and label representatives,met over an informal dinner with Yamaha product managers and the creative team involved, including documentary film, music photography and TV production specialists.

The following morning kick-started the process of documenting every aspect of ♯TestDriveRevstar, with first stop, a tour of the stunning HQ showroom, to experience the scale of the Yamaha range and might of the world’s largest musical instrument brand.

Next came the moment the guitarists had all been waiting for as they entered the state-of-the-art live room where the full Revstar range was revealed and each guitarist was invited to try the guitars and select their ‘other half’.

With Revstars chosen, the six guitarists filmed interviews and were treated to a bespoke set-up by Yamaha’s in-house Luthier, in preparation for an afternoon of inspired live performances by all six artists who took centre stage for the launch of #TestDriveRevstar.

Robert Webster, Sales and Marketing Director - Yamaha Pro Music Division stated, “At the core of the #TestDriveRevstar campaign is music and the people who make it, bringing new artists together with our New guitars.”